Are you ready for a totally radical skateboarding game this summer? Funktronic Labs has announced that it will release its extremely stylish sports game Wave Break to Google Stadia soon as it heads to the cloud gaming platform first. The game will allow players to live out their most outlandish skateboarding fantasies in a wickedly awesome world.

“It’s been way too long since a good skateboarding game like Tony Hawk’s Pro Skater came out, hasn’t it?” remarked Eddie Lee, totally unbiased co-founder of Funktronic Labs, “Look, we all know everyone needs a fun arcade skating game in life, but what we didn’t know is that you can do skateboarding tricks on boats too. And thus, Wave Break.” 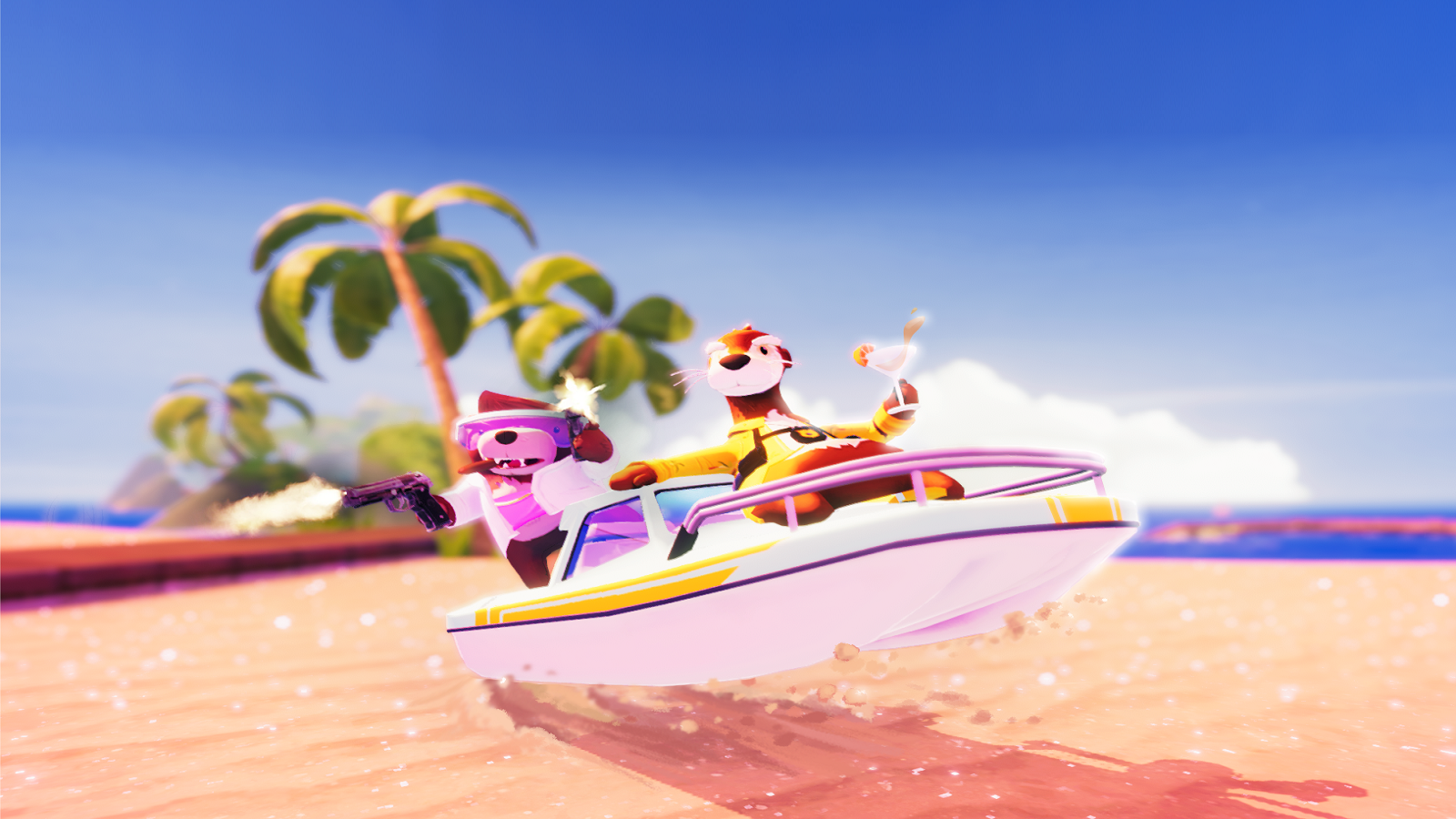 ● Boat on Boat Violence – Shoot your opponents with a selection of firearms in aquatic vehicular combat, and build your special meter to go into “bullet time” for slow-motion precision shooting

● Online and Local Multiplayer – Play on the couch with a friend in local split-screen, or play with other players online, with rank-based matchmaking and private matches

● Competitive Game Modes – Compete for the highest score in Trick Attack, gun down your opponents in Death Match, and take over territory in Turf War

● Boat Loads of Customization – Stop by the “Beach Boutique” shop for the latest fashions to dress up your characters, visit Jimmy Jimbo to purchase different boats, accessories, and skins, and don’t forget to hit the Gym to buff up your character’s stats and attributes