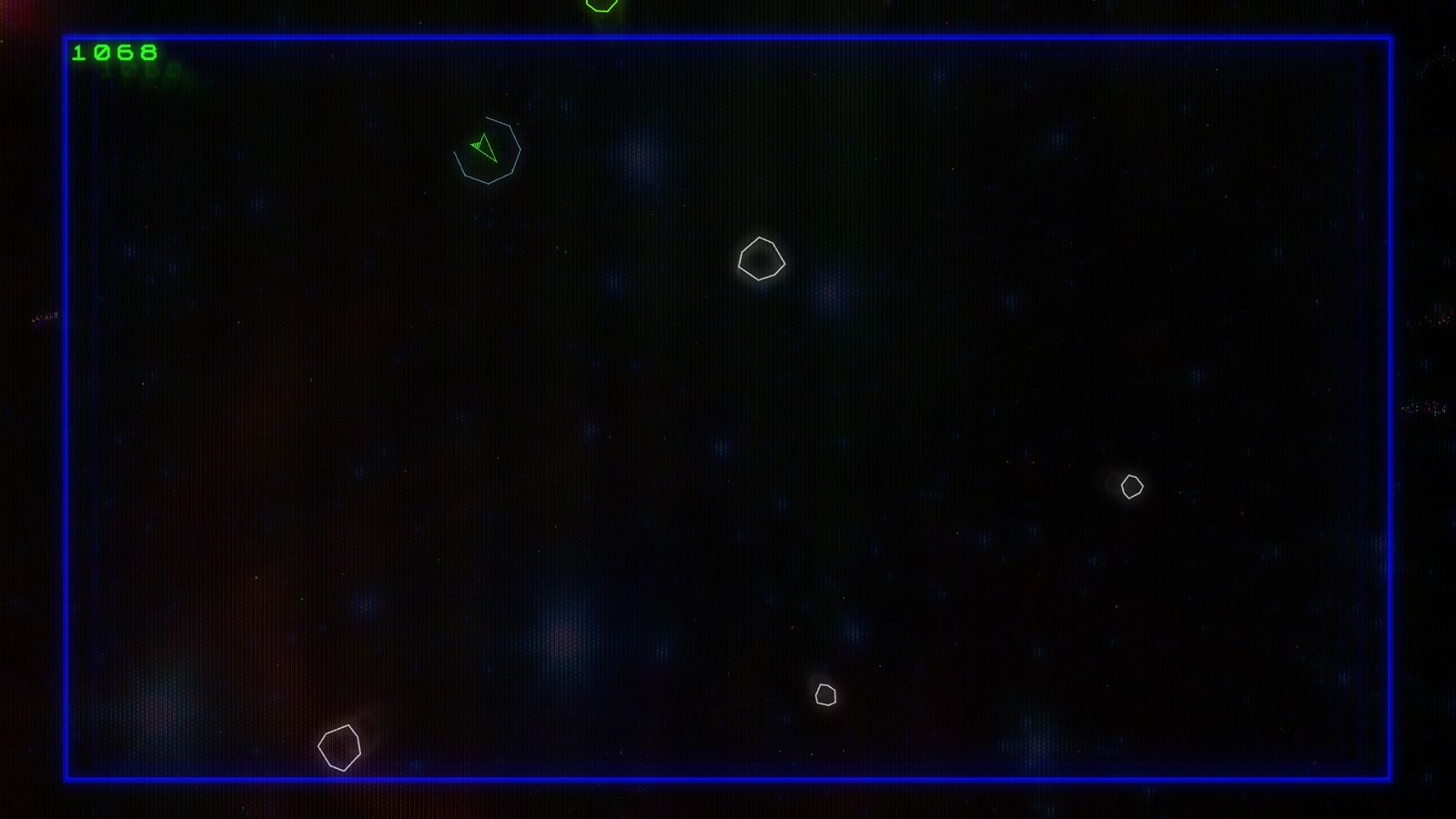 When I’m in the mood, sometimes I love short things (make any dirty jokes you want, we’re casual on Thursdays). Video games are a great example of addictive brevity in bursts, especially in the arcade scene. With fistfuls of quarters being inserted into machines constantly, Vector Hat emulates this tense yet entertaining atmosphere with the arcade shooter R-Coil. An Asteroids clone, this game differs on one aspect: a peashooter with whiplash that creates a challenging yet innovative spin on a tried-and-true classic. 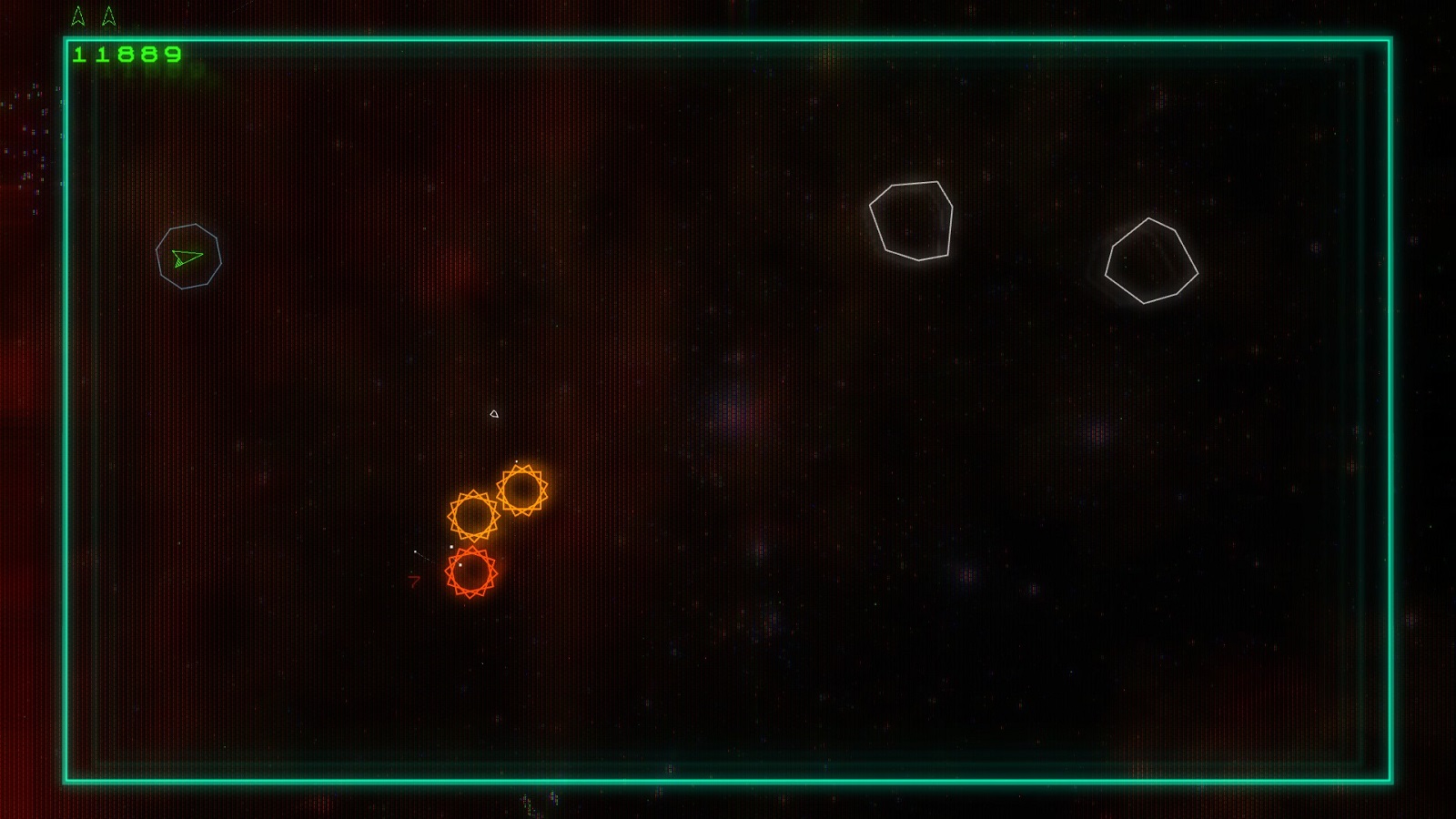 In a true measure of classic arcade excuse plot, R-Coil has your playable ship malfunction as you survive a battlefield of various enemy ships and asteroids. Armed initially with your peashooter, each time you use it, your ship recoils a little in the opposite direction. While you have to use it at least once to activate your thrusters, you can also repeatedly mash the fire button to keep moving backwards. Throughout your experience, you’ll have to clear a variety of levels as you destroy enemies; you have an initial shield that surrounds you, but you can still die instantly upon enemy collision or if a bullet happens to pass these shields.

While relatively simple in concept, the execution suddenly becomes more challenging as you need to predict how your recoil will affect your trajectory. A simple clear-cut shot becomes an exercise in accuracy, as both you and your target constantly move. You also need to steer clear of stray bullets, as once you recoil, you’ll have to keep moving. While I do appreciate this challenge most of the time, I just wish there was a way to move my ship without using the fire button. Even a handicap for doing so would have been a nice option (as it felt clunky when I didn’t mean to fire).

While this limitation does create a good challenge, it sometimes makes some deaths unnecessarily cheap. Rounds will last mere minutes if you’re unprepared, so just get ready for a challenge if you want to experience all the game has to offer. That being said, there is an option for a no stress mode with scores and lives disabled, so you can just take the game at your own pace should you want to go that route.

The basic arcade mode is going to be the lion’s share of gameplay, but there are also a few different local multiplayer modes you can goof around in if you’d like, an impressive feat if you have a group of friends and the setup for it. There’s a co-op setting where you have to work together in order to survive, which also means you’ll have to deal with chaos in the background (or Panic! at the Disco, what with the colorful objects on the screen). This mode feels shoehorned into the package, but the competitive multiplayer mode really makes this aspect shine.

Competitive multiplayer pits you and up to seven other players together for some high-speed R-Coil shooting. It’s played in a battle royale style, which means everyone revives only when one player is left standing, and whoever remains wins. Even though I only played with bots during my playthrough, I had such a fun time with it, and I really want to try it with some friends. It’s a shame that it’s local multiplayer only (which, with a $4.99 price point, seems reasonable), but hopefully with a little more support, the developer could implement an online function. I want to see R-Coil tournaments, people. 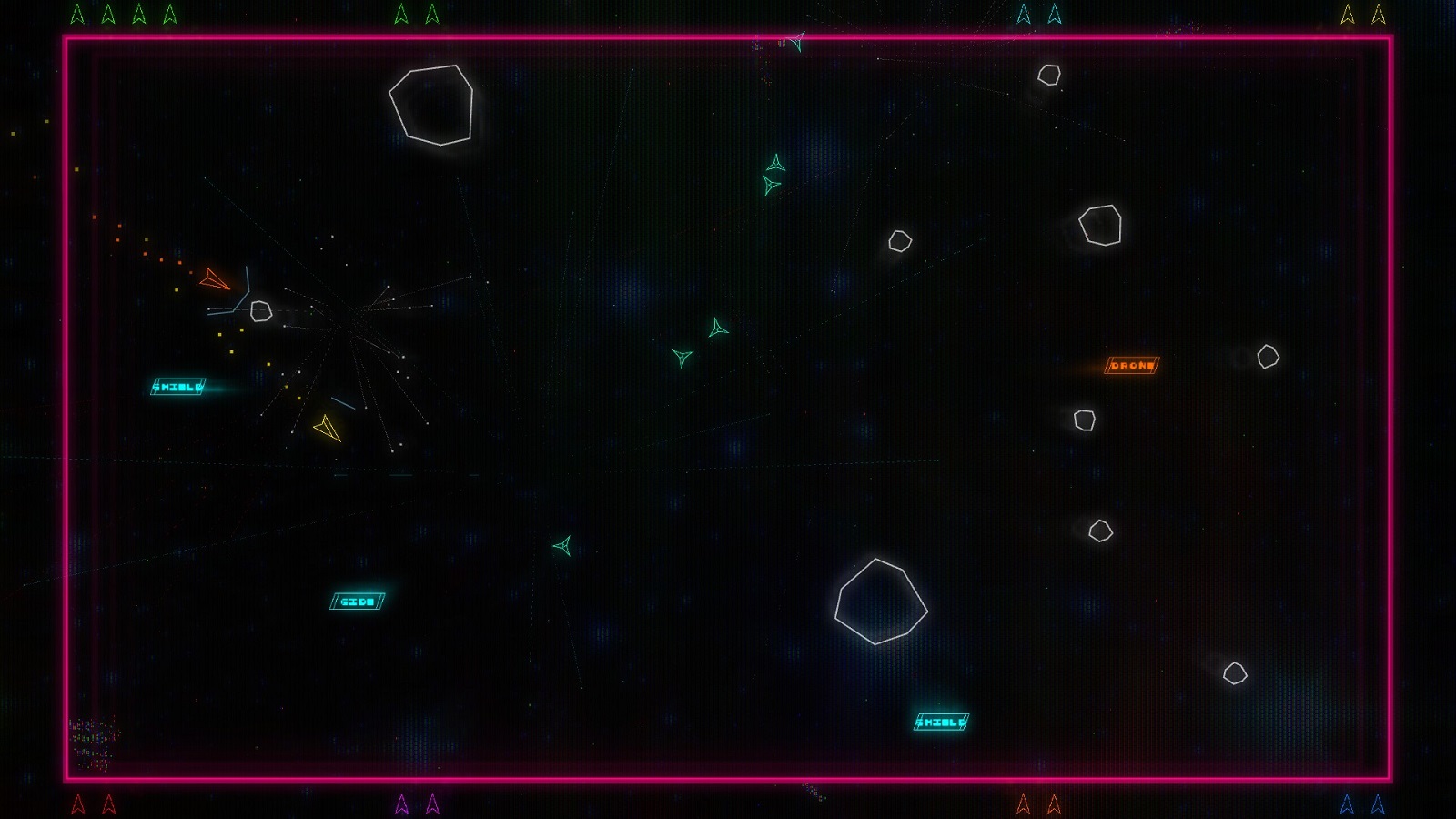 I really like the retro visuals of R-Coil, which emulate the style of Asteroids but with a little more color. The game runs pretty well on lower-end hardware, though the music choice leaves much to be desired. I don’t mind the sparse soundtrack offered here, but I’ve heard Vector Hat do better, and I wish there could be an update with some added tracks. As is, however, the sound design and soundtrack are serviceable and inoffensive.

R-Coil is one of those games I feel like I’ll be going into for a couple of rounds while I decide on what to play next. It’s a fun concept with some challenging levels, and I really think it deserves more love. 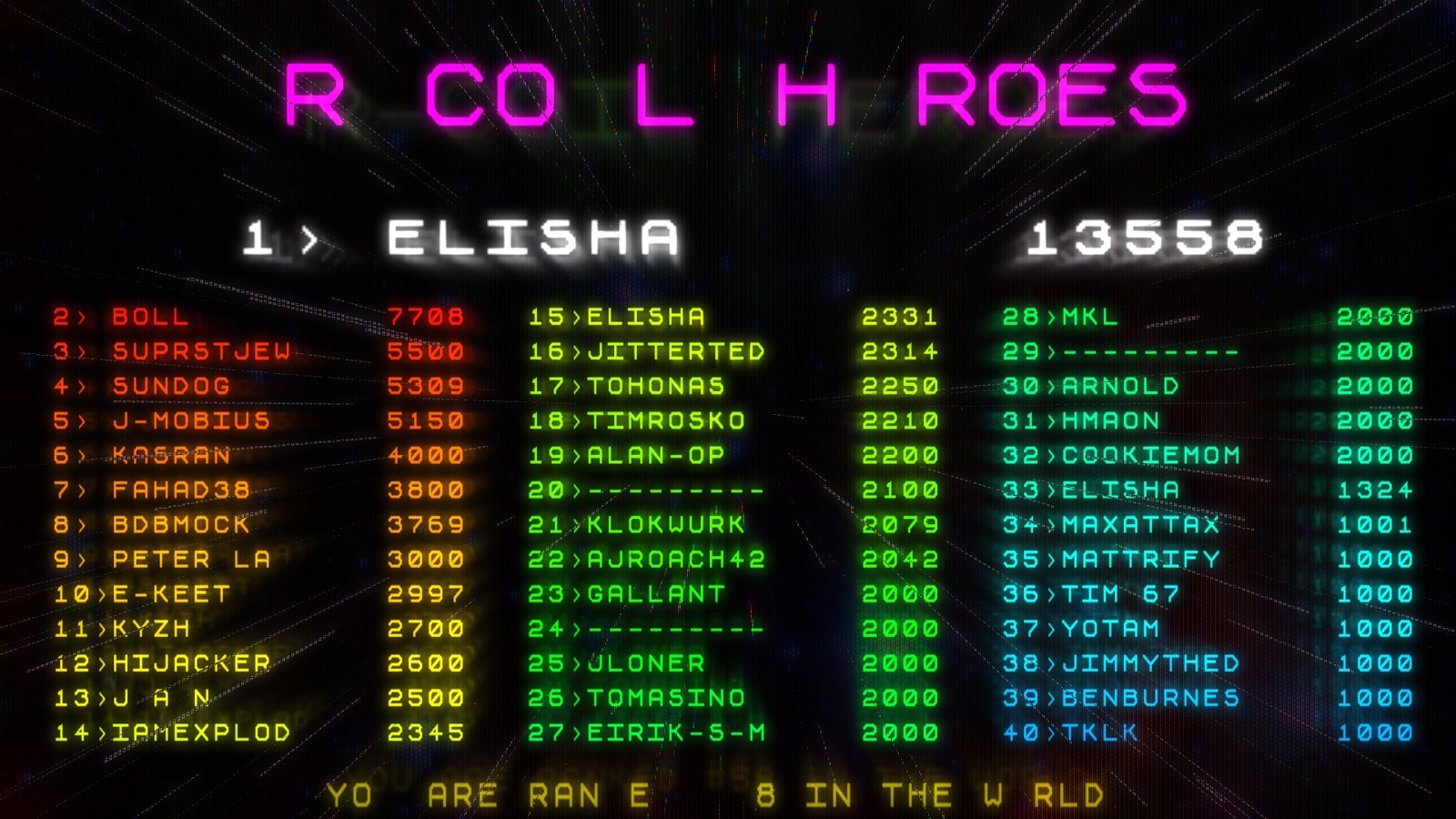