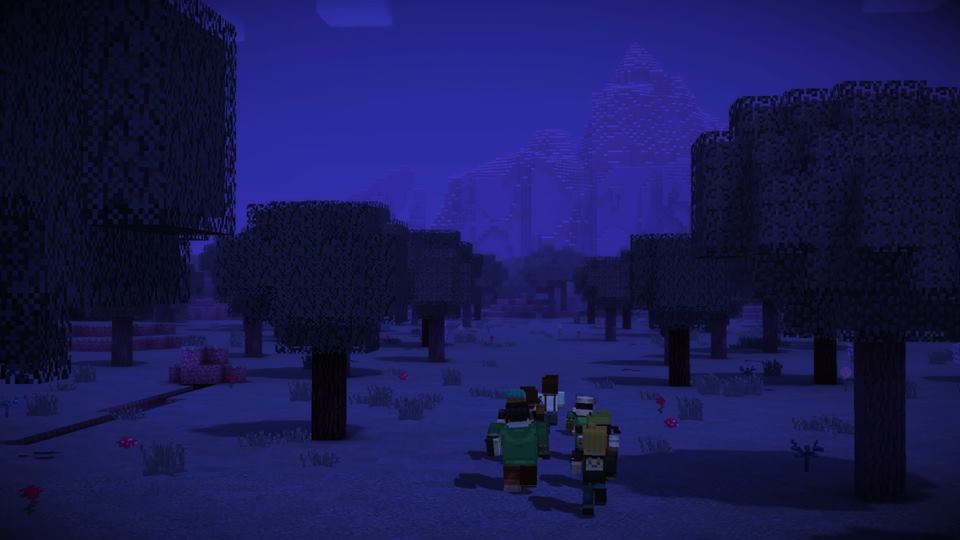 [The following is part two of our ongoing Minecraft: Story Mode review. Check out part one here.]

On the heels of the excellent Tales from the Borderlands, Minecraft: Story Mode continues to feel like a waste of Telltale Games’ talent.

While episode two, “Assembly Required,” has come a mere two weeks after Minecraft: Story Mode’s premiere and proves that Telltale is capable of overcoming its grueling months-long gaps between episodes, the studio’s take on Minecraft still lacks the terrific writing and hard choices that have defined Telltale’s body of work up to this point.

For what it’s worth, “Assembly Required” does show a propensity to acknowledge player choice in ways that can define large sections of the game. As episode one, “The Order of the Stone,” had the player choosing between two distinct options, the choice you make at the end of episode one determines what you’ll be doing for the first segment of episode two. This cause and effect is refreshing, but it only lasts for the early part of the episode before everything converges back onto the same path.

When the branching scenes are over and the entire cast of Story Mode is back together, “Assembly Required” reminds players that much of its inner conflict is contrived by showing that its one-dimensional characters are a petty and spiteful bunch. Telltale has often used tumultuous relationships between characters to set up difficult choices and diverging routes, but in the face of the threats that the group is facing, nearly every time the player has to make a decision about who to support the fallout seems childish, and none of the characters are fleshed out enough to merit any sort of sympathy or even a modicum of investment.

What makes this lack of depth and exposition all the more frustrating is that Story Mode constantly feels like it’s setting up characters to actually have meaningful struggles, only to leave it for future episodes. This isn’t helped by the fact that “Assembly Required” is incredibly short, lasting less than an hour. Whatever history Story Mode alludes to and dilemmas it brings up for characters could easily be explained and repaired quickly due to the trivial nature of most of it. However, at the end of “Assembly Required” it felt like Telltale was doing its best to drag these threads out long enough to fill an entire five-episode series, even if that meant cutting this one off at the knees without any sort of climactic build-up or isolated resolutions within the episode.

Minecraft: Story Mode is left with a lot to prove in the coming episodes. “Assembly Required” doesn’t do much to convince players that any of its drama is genuine, or that any of its plotlines can adequately fill up what they’ve come to expect in a full episode of a Telltale series.