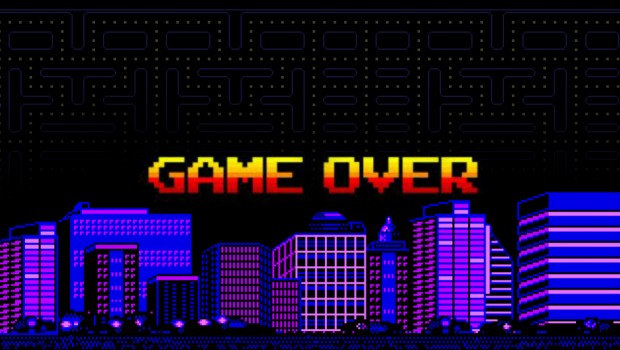 Alex Handy was never very good at trading comics. His friends would often trick him into giving them what would become rare, valuable issues of a series, such as the first appearance of Deadpool, for something that would become unvaluable. At a point, he wished he could have gone back to save some of those classic issues, rather than trading them away.

Growing up in a middle-of-nowhere small town, Handy also had a lot of time to play video games, and a lot of time to fall in love with video games. When he moved to San Francisco to work in game journalism, he realized he was living during a proliferation of the medium. He could begin his personal library of titles that one day may hold some real value, unlike he had done prior with comic books.

“I became a collector,” Handy told Gaming Trend in a recent interview. He collected games for years, but it wasn’t until 2008 that he would make a discovery that would influence his life’s work going forward.

Handy is the founder of The Museum of Art and Digital Entertainment, or “The MADE.” A non-profit museum in Oakland, California, Handy’s museum is dedicated to game preservation and education on game development. But, The MADE doesn’t hide it’s over 5,000 titles behind a glass case and a “look, don’t touch” policy. Nearly every title at the museum is available for attendees to pick out and play. The MADE also offers classes on coding and programming, as well as hosting competitions for games such as Super Smash Bros.

It started at a flea market, where Handy uncovered a parcel of Atari 2600 and ColecoVision bare chips that featured never-before-released games. He was shocked by the discovery.

“As a collector, it just didn’t feel right keeping those in a drawer and not sharing those with the world,” Handy said. This discovery motivated him to found a museum dedicated to preserving the history of video games. “It was shocking to me that an unreleased Atari game, 30 years later, could be found at a flea market in a box.”

Handy and other volunteers at The MADE aren’t necessarily concerned with preserving games put out by Electronic Arts or Activision. These companies are saving their own work — even if not publically. Both Nintendo and Activision even employ on-site archivists. Handy believes that the “one or two person shows in the 80 and 90s that did one thing and vanished” are the games that need the most attention. If the team can disappear, it stands to reason their game can vanish just as quickly.

“If it was such a small endeavor to begin with, there’s no one that’s going to be out there trying to bring it back,” Handy says. This is a void that needs to be filled, in his opinion. The MADE tries to preserve every aspect of these third-party games that’s possible. From art, the source code, to unused prototypes — anything that’s lost is a piece taken from gaming’s history.

But what good is a game if it can’t be played?

The Library of Congress has a branch dedicated to archiving video games. The National Museum of Play boasts a collection of over 35,000 games on various consoles. But, these aren’t made readily accessible to visitors and controllers.

At The MADE nearly every game is playable, with the only exceptions being select computer games that may be difficult to install. Visitors can come in, pick out a game, put it in its respective console, and play. It’s the only organization of its kind, and it’s something Alex seems very proud of.

The MADE’s work isn’t exclusive to physical cartridges and discs, though. Handy and his museum have done a lot of work maintaining servers for online games such as LucasArts’ 1987 MMO, Habitat, and Metal Gear Solid IV. Volunteers at The MADE even helped brief the US Copyright Office around issues regarding allowing fans to keep online servers running.

“If these companies aren’t willing to spend the time to preserve their own heritage, at least they can allow the fans to do it without being sued or being worried about being attacked legally,” he said. Handy believes that increasing awareness will come down to reaching out to developers and publishers to ask if fans can keep these services alive.

As for game preservation moving forward, Handy explains that when he talks to members of the industry, the awareness for how important preserving the medium is there. But, the time is not.

“I think it’s a problem that’s only going to get bigger and bigger as time goes on,” Handy said. He explains that the game industry runs on crunch time, it’s a busy industry where often there is no time to look back. “Thinking about what is done with those assets after [a game] ships is usually the last thing on anyone’s minds.”

Having dedicated organizations and groups committed to game preservation will help build awareness. Hopefully issues with games or online services being taken from fans, similar to what was seen earlier this year with PT, or games disappearing from the public consciousness won’t be as common in the future.

“People get really excited when they hear about an old game that is no longer playable coming back,” Handy said. This makes him believe that more people will become interest in preservation, but it will take work. And Handy and the rest of The MADE is already looking at the future.

The MADE recently successfully closed its second Kickstarter campaign, raising $52,920 USD to expand and move to a new location. It will soon reopen at 3400 Broadway in Oakland, California. If interested in making a contribution, donations are accepted through the museum’s PayPal account.

Museum images courtesy of The MADE.