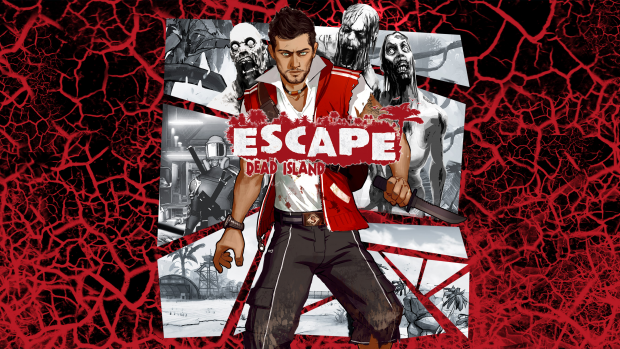 It’s hard to believe that it has been almost a year since the PlayStation 4 and Xbox One launched.  As these young consoles enter their second holiday season on the market, the game libraries on Sony and Microsoft’s new machines look to add some amazing new games.  The two youngest consoles aren’t the only ones seeing love this fall, though.  Gamers who have yet to take the plunge into the newest generation of consoles are not being left out in the cold.  Aside from receiving last-gen ports of some of the year’s biggest titles, PS3 and Xbox 360 still offer some great titles that won’t be making the jump to the newer consoles.  In fact, while early current-gen console adopters may find themselves frustrated at the idea of developers wasting their energy on titles for old hardware, there is no denying that some of the games releasing on last-gen this fall look pretty appealing.  As these consoles’ begin to face what is probably their last major holiday season, here are four titles that are only available on last generation consoles.

Greetings traveler!  Borderlands: The Pre-Sequel just launched this past week and aims to bring just as much over-the-top shooter action as its predecessors.  Gearbox’s decision to sidestep the franchise, rather than go straight for Borderlands 3, is a curious one.  Nevertheless, The Pre-Sequel is a worthy new entry in the series.  As the name suggests, The Pre-Sequel takes place between the events of the first two games in the series and shows how Handsome Jack, the main antagonist of Borderlands 2, descends into a full-fledged villain.  Perhaps the biggest gameplay hook in Pre-Sequel comes from the fact that the game takes place on Pandora’s moon of Elpis.  Building upon the foundation laid out by Borderlands 2, gamers can play as one of four new classes (including Claptrap!) as they leap across Elpis’ low-gravity surface. The series continues to do what it does best, bringing great action, huge laughs, and a bazillion different weapons.  The Pre-Sequel may only offer a minor step forward for the series, but even the same old Borderlands still qualifies for a great time.

For more on Borderlands: The Pre-Sequel, check out our full review.

Ubisoft’s annualized stealth and action series has admittedly grown a little tired in recent years, but the publisher looks to be aiming to reinvent the franchise with Assassin’s Creed: Unity.  While gamers can look forward to traversing 18th century Paris on the current consoles, Unity is not the only AC game to release this fall.  Not wanting to abandon gamers who have not yet invested in the new generation, Ubisoft will be launching Assassin’s Creed: Rogue exclusively on 360 and PS3, day and date alongside Unity.  Building upon the pirate-themed gameplay introduced in last year’s AC4, Rogue will maintain what made Black Flag so fresh while also giving a fresh take on storytelling for the series.  Rogue casts players as Shay Cormac, an assassin recruit who is betrayed by the brotherhood early on in the game.  Turning to the Templar Order, Shay begins a quest in search of revenge against the assassins who betrayed him.  Set during the Seven Years’ War, Shay’s adventure will take him to New York, Quebec, and the frozen North Atlantic Ocean as he travels in his ship, the Morrigan.

Black Flag was arguably the best Assassin’s Creed game in years and Rogue looks to improve that formula with its advanced sailing mechanics.  New weaponry and boarding options are introduced to aid Shay in ship-to-ship combat.  The game’s arctic setting will also factor in, giving Shay more obstacles to overcome while sailing.  Traditional assassination missions are also given a minor gameplay boost with new weapons such as the Air Rifle, allowing the ability to silently dispatch enemies from far distances.  Assassin’s Creed: Rogue may not be the most innovative AC game to release this year, but it certainly looks like a solid entry in the series.

Announced shortly after E3, once the dust had settled on Dead Island 2, publisher Deep Silver was ready to unveil yet another title in the Dead Island series.  Much like Assassin’s Creed: Rogue, Escape Dead Island is a separate, standalone companion game being released exclusively for PS3 and Xbox 360.  Unlike AC though, Escape Dead Island acts as more of a spinoff to its series rather than a supplemental experience.

Escape Dead Island deviates from the franchise’s formula by using a third-person approach with emphasis on stealth.  Players control documentarian Cliff Calo as he unravels the origin behind the virus that causes the zombie outbreak.  What is probably Escape Dead Island’s most unique feature is its appearance.  The game’s comic book style visuals present a more colorful and vibrant approach to the undead slaying genre.  As much of a departure as Escape seems for the series though, there will still be familiar elements at play here.  Returning is the franchise’s signature gameplay hook of using whatever makeshift weaponry is available to players.  The presentation here is new but the game is still Dead Island at heart.  The experience may seem familiar-yet-fresh, but fans of Dead Island should still find enjoyment here that can stave off their undead hunger until Dead Island 2 releases.

It’s curious that for two years straight now, Square Enix has chosen to release a remastered version of a Kingdom Hearts game on PlayStation 3 despite the fact that its successor has already launched.  As odd of a console choice as PS3 is though, there’s no denying the appeal of an updated version of this classic game.  Much like the first game in the series last year, Kingdom Hearts 2.5 HD is the Final Mix version of the game, offering bonus content that has never before released in America.  Also included is Kingdom Hearts: Birth By Sleep Final Mix, originally released for PSP and now playable on console for the first time.  Both games feature crisp, new HD visuals optimized for the PlayStation 3.  Those who still want even more Disney RPG magic will be excited to experience all of the theatrical cutscenes from Nintendo DS’ Kingdom Hearts Re:coded included in the package as well.

As disappointing as it is that Kingdom Hearts 2.5 HD Remix is not making the leap to the new generation of consoles, the PS3 version of Kingdom Hearts 2 is bound to recapture everything that made the game so enjoyable in 2006.

Are you excited for any PS3 or Xbox 360 games releasing this fall?  Or would you rather see these consoles abandoned sooner rather than later?  Let us know in the comments below.