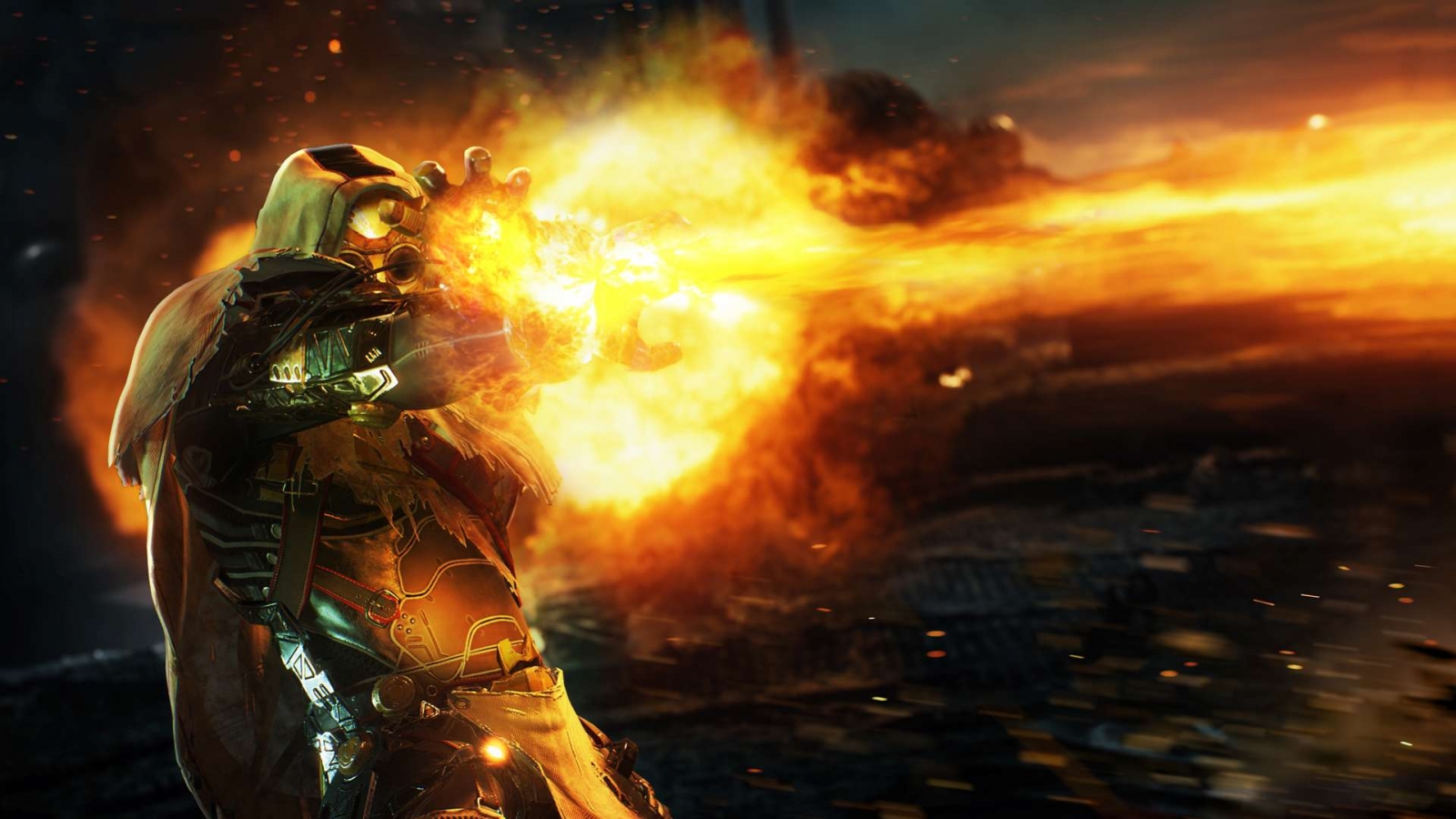 Even though Outriders has been delayed to April 1st, the team at People Can Fly already have a handle on just what kind of PC you’ll need in order to run it. As mentioned in the title above, thankfully you aren’t going to need a fancy new graphics card to run it, and honestly you probably won’t have to have any sort of insane build even at the ultra settings. 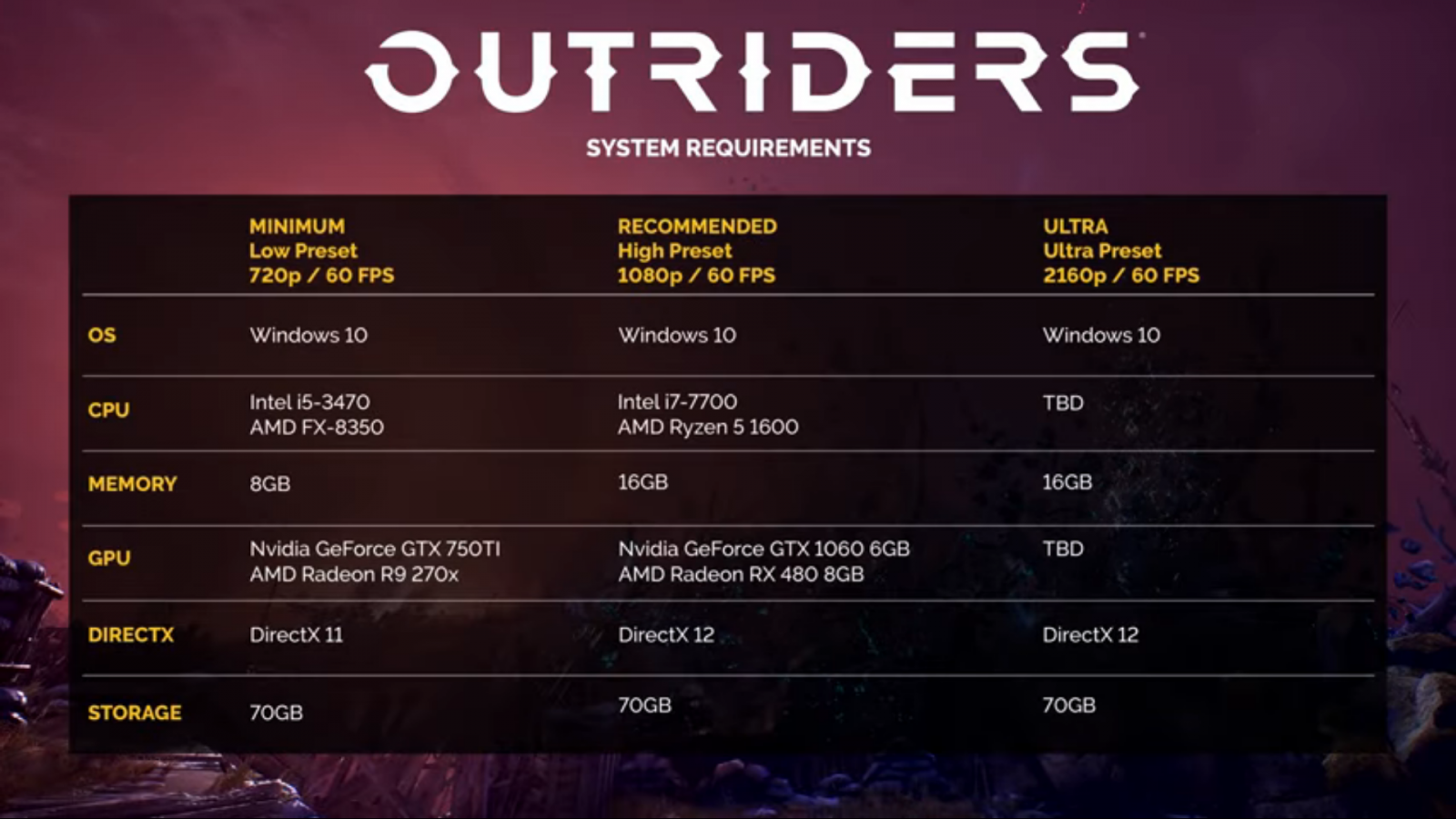 At the minimum you will need –

If you want to jump to recommended specs, you only need

Ultra settings have yet to be fully established, but if the recommended is anything to go by, you won’t need a 30 series card to get there. You can also watch a breakdown of the OUTRIDERS PC Spotlight below for all the information:

More from the press release-

OUTRIDERS features an extensive suite of advanced display options for players to tweak their setup to get the most out of their PC, along with support for 13 languages, UI customisation options, full cross-play across all platforms, ultra wide screen support, Dynamic Resolution Scaling to ensure performance stays solid, and full NVIDIA DLSS support.

The People Can Fly team has worked hard to ensure a consistent frame rate regardless of PC capabilities, and our hardware requirements are geared towards ensuring players will always be enjoying buttery smooth 60fps on PC.

Play the OUTRIDERS demo on February 25, 2021, available free for everyone on PlayStation 5, Xbox Series X|S, PlayStation 4, Xbox One, and PC.