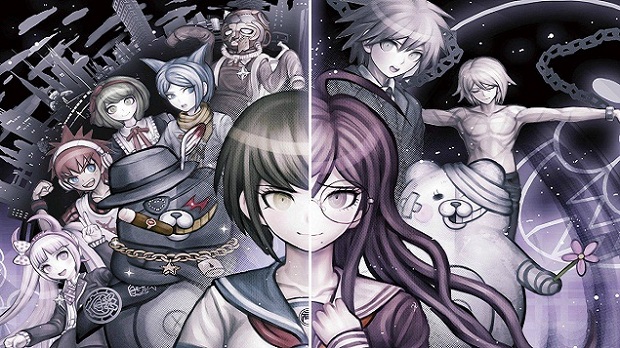 In 2015 I had the displeasure of having the biggest games I cared about pushed into the abyss that is 2016. Games like Uncharted 4 and Persona 5, games that would likely top a list of my most-anticipated of all time, were delayed (and delayed again) and omitted from my list of favorite games of 2015.

Meanwhile, all my friends and colleagues declared what a great year for games 2015 was thanks to games like The Witcher III: Wild Hunt and Fallout 4. In an attempt to join in on the hype, I played several of the games that were being celebrated, only to find that the vast, open worlds that were being so widely praised lacked the structure I personally prefer in a video game, and it left me with a somewhat hollow year.

As such, my list of favorite games originally featured a few games I didn’t feel particularly strongly about. But rather than try to force out words I don’t actually have in me, I condensed my list to the five games that I’ll remember from 2015.

Here’s to 2016, where hopefully games I care about actually come out.

As a fan of choice-driven games, I feel like I always get pulled into discussions about whether or not what we as players do in games will ever have a tangible effect on the stories we’re playing. Until Dawn sets out to be a game where your decisions matter and have life-or-death consequences. When I lost one of my eight characters, there was a path of decisions I could follow to understand why. When others made it through the hell that took place in Until Dawn, I knew what I’d done to ensure their safety. Supermassive has done what other studios have tried and failed to do. The idea that the smallest action can have large ramifications runs through Until Dawn’s veins, and it executes on that idea masterfully.

Throughout the majority of Life is Strange, Max Caulfield is gifted with the ability to rewind time and undo decisions she made that may have not panned out or had a consequence more far-reaching than she expected it to. But even though I always had the opportunity to reverse time and undo choices I made, that never stopped my actions from weighing heavily on me. The reason for this being that Life is Strange had its hooks in me and kept me invested until the very end. DONTNOD’s supernatural indie film made me always afraid to push forward when I had the opportunity to go back. This feeling only escalated in moments when there was nowhere to go back to and I was backed in a corner and forced to act quickly or make a decision I knew I couldn’t undo. Life is Strange’s approach to choice and consequence had a way of undercutting what I’d gone in expecting, and that feeling lasted until the very end when I made my final decision.

As of my writing this, I’ve played about 100 hours of Persona 4: Dancing All Night. That’s more than I spent with any other game this year, and is more than I spend with almost any one game these days. Dancing All Night is an infectious burst of exuberant celebration for one of the great modern JRPG series. An incredible soundtrack complements the addictive and challenging rhythmic gameplay, all while still integrating the dark themes of Persona 4 and giving me another chance to see The Investigation Team.

2. Tales from the Borderlands

Before the first episode of Tales from the Borderlands launched last year, I had only a passing interest in Telltale’s latest adaptation, and even less interest in Borderlands as a whole. That all changed when I stumbled into reviewing the series for Gaming Trend, and quickly fell in love with the endearing cast that makes up Rhys and Fiona’s adventure. I went into Tales from the Borderlands expecting a rambunctious group of criminals to get in over their heads in search of fame and fortune, but I left the series having made some difficult decisions, met one of my new favorite video game villains in Handsome Jack, and fell in love with a new cast in a world that had been tangential to me for years.

If Danganronpa: Trigger Happy Havoc was about hope and Danganronpa 2 was about despair, Danganronpa Another Episode: Ultra Despair Girls is about all the people who exist in between. As I spent my time in Towa City, uncovering the mystery of the Monokuma-ridden town, I saw one of my favorite video game stories in a new, but no less captivating light. Absolutes I went in assuming were undermined, people I had little understanding of showed new sides of themselves that made them all the more compelling, and I ultimately saw a glimpse into what is coming next in one of my favorite series in the medium.