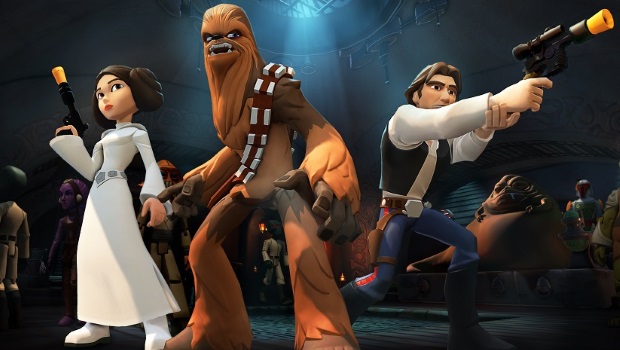 I have to admit, a lot of the games I was looking forward to have been pushed back or are slated for 2016 and beyond. In fact, a lot of my list surprised me in terms of how much they kept my attention, given the burgeoning backlog of gaming I have and the titles I had been looking forward to this time last year. Culprits like Crackdown 3, Phantom Dust 2 and Halo 5 were high on my radar, and none of them are here today.

I spent a significant amount of time scratching my completionist itch by chasing down every single villain across Arkham, save perhaps for the dizzying number of Riddler clues. While there were some elements that I found ridiculous, such as running down people in the Batmobile at 100+ mph and them simply being “electrocuted” (instead of, you know, DEAD) I found that the story was cohesive and character acting was spot on. It was a fun romp through Arkham and while not favorite of the series, Rocksteady’s latest is still worth the time to play.

Rainbow Six:Siege is not the game I initially wanted it to be. With the single player / cooperative campaign modes omitted, I was disappointed – I spent years playing the Rainbow Six series with friends. Some of my fondest gaming moments came from Rogue Spear with Lloyd’s Weapon Mod which fleshed out the game’s’ own arsenal with hundreds of replica guns.

So imagine my surprise when, after firing up Rainbow Six:Siege, that I was truly enjoying the terrorist hunt and multiplayer adversarial modes. Not having a single player story certainly hurts how much time I spend with the game, but Ubisoft managed to truly deliver combat that uses wall fragility and bullets feel like they matter.

Approachable, beautiful, and self-explanatory, Anno 2205 brings forward the RTS genre in a way that I enjoyed. I didn’t ever feel overwhelmed, but certainly found plenty of challenge. I’m not big into the micromanagement and Anno managed to avoid feeling like the level of detail you need to concern yourself with was overwhelming.
If you’re looking for a strategy game that looks as good as it plays, I found this to deliver like no other game for me this year.

The platform for toy sales can be an expensive pursuit, however as someone who enjoyed the heck out of both Star Wars and last years’ Marvel Avengers/Spider Man/Guardians of the Galaxy playsets, my son and I have been exploring the Rise Against the Empire playset as Luke Skywalker and company.

Since my son has all the Marvel characters and a good number of other Disney Infinity toys, we’ve been dabbling in the toybox and there are some amazing designed levels worth checking out – but the cost of entry and the lack of support for prior playsets (even at a premium) holds this back from climbing any higher on my list.

Out of nowhere comes Platinum Games interpretation of Rock-em Sock-em robots. Character art, fluid combat and a decent storyline string together one of the most surprising games for me this year, and delivering on a colourful cast that closely follow the 80’s Transformers. The voice acting is as close as you can get, and though there may be some backtracking in the city maps Devastation is absolutely gorgeous to this old Transformers fan.

Harmonix has brought back their big hit, Rock Band onto next-gen consoles. Maintaining (for the most part) your existing tracks, and allowing you to use some of the previous instruments brought a big smile to my face. With no leaps and bounds, it brings back the fun and creates what will hopefully be a growing platform for different game modes.

Not without flaws, Rock Band is still worthy of mention. After all, it’s allowed me to finally retire my Xbox 360 and, with the Band in a Box, my friends and I get together to sing off-key and bash away on new plastic instruments.

4. Rise of the Tomb Raider

This was the only AAA title I expected to make my top 10 list, and it certainly earned it. Lara Croft’s Xbox One timed exclusivity made more waves than anything else about the game, which is truly a shame.

Rise of the Tomb Raider improves on the first where it tightens up controls, giving more upgrades, and delivers a more driven and secure Lara in a very convincing manner. More important than all of that is that it is truly fun to play, and the tombs are more creative and worth exploring the multi-layered puzzles.

Wait, what? That’s not a game! Yeah, well it is the single most satisfying game-related thing I’ve laid hands on this year. It stands head-and-shoulders above the Xbox One controller, and certainly (for me) blows the PS4 controller out of the water.

It didn’t start off that way – in fact, I was fully prepared to return it to the store. My reasoning was that I could replace it with two controllers for roughly the same price and was fully prepared to do so. When I went to pick it up, the weight and balance made me reconsider. I spent the next two hours testing the different controller options and getting used to the feel and the hair trigger settings. When I started playing Black Ops 3 and found that I could wall run, aim, and reload without ever taking my right thumb off the stick it sold me.

The fact that it works on the PC is an added benefit, and I’m hoping that Microsoft will release more controller addons and some vanity paddles (etched designs like foot pedals, for instance). Since it is a peripheral I’m not willing to rank it as the game of the year, but it has made all my gaming so much better. If you can get your hands on one, you might just understand.

2. Ori and the Blind Forest

Indie gaming is fully mainstream, and looking at what Moon Studios delivered is absolutely stunning even outside it’s category. Not only is the game beautiful, the controls are extremely tight: they need to be, as the difficulty would otherwise be unfair. Upgrades reward exploration, and the delicate balance of the adaptive savegame system that ties in with magic use bring forth a way for those more cautious to creep along, while the more confident can risk it all to hold onto magic for less prudent uses.

The show-stopping bug that had me fall through the ground and get stuck as I accidentally saved, then, forced me to wait for months to play as a fix was being developed. Frankly, this is the only reason this game didn’t win Game of the Year on this list. In fact, the game is so good that it manages to get the penultimate position despite the controller-throwing frustration I experienced in not being able to play – a sign of how much I have enjoyed it.

AAA shooters are a staple of gaming, and Call of Duty is a cornerstone. I have dutifully played the last few installments, and would never place any of its current gen predecessors anywhere near my own personal GOTY list – so why Black Ops III? Was it the sheer amount of game included with Treyarch’s recent release that takes it? Was it value for gameplay, the improved lighting and graphics that truly feels next-gen or the smooth and dynamic combat?

No. The multi-layered storyline with Lynch-like twists not immediately telegraphed has me playing the campaign more than once to truly understand it, but, as my wallet realized, it was worth re-buying. See, I misplaced my copy of Call of Duty: Black Ops III, so after having played the campaign several times on several platforms, I still went out and bought it again.

The multiplayer modes deliver the excitement I expect, but more than that are the Zombie modes. It’s not just the inclusion of the top-down shooter Dead Ops Arcade 2, either. I have been witness to very heated arguments in the past by hardcore Zombies mode players as to whether they should have a campaign, and with Activision’s expanded three year development  cycle, Treyarch’s improved engines and both the Zombie mode *and* a full Zombie co-op campaign? Win.