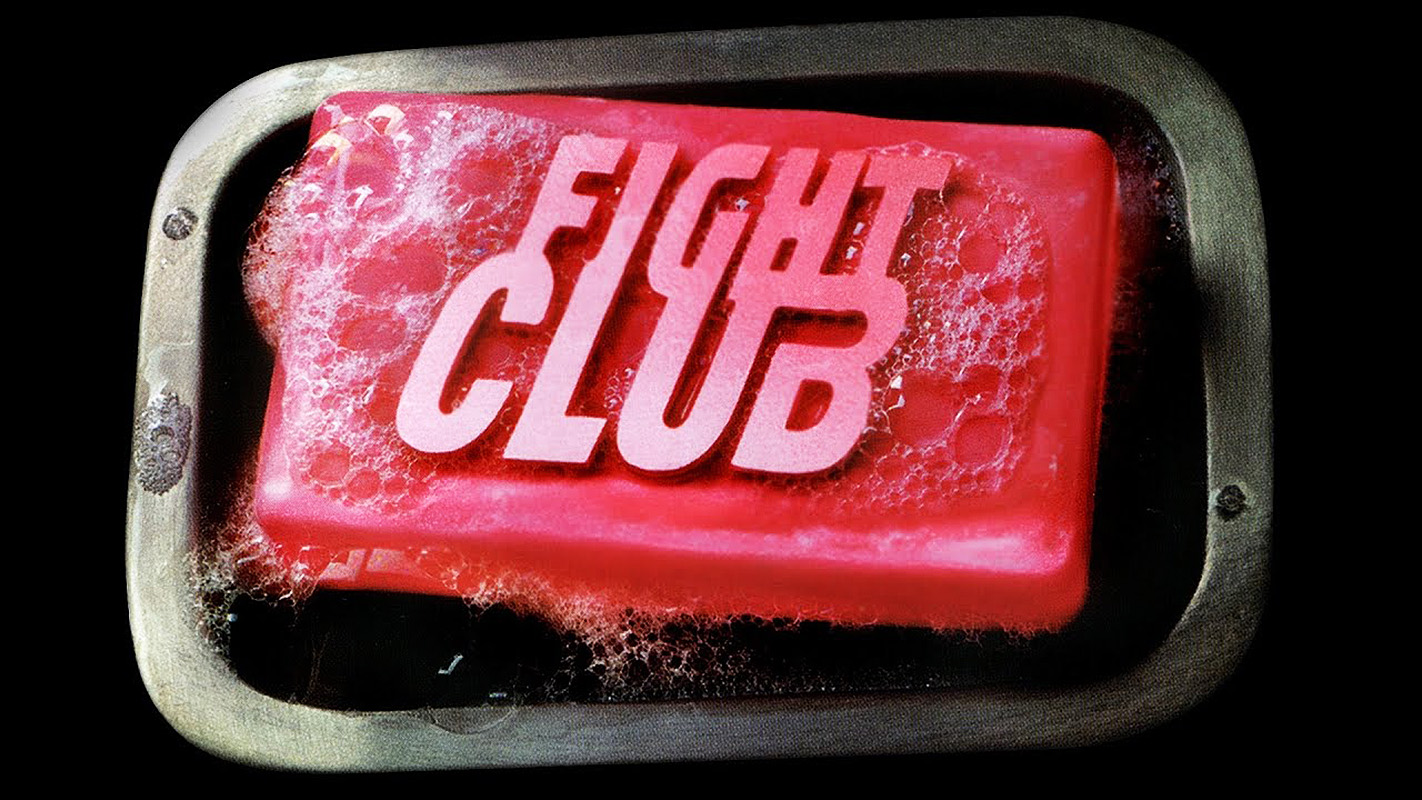 There have been a great number of awesome fighting games over the years from Mortal Kombat 11 and Super Smash Bros. Ultimate in recent years, going back to the greats of old like Super Street Fighter II. But among all those well known and loved titles, it’s easy to imagine some might have fallen through the cracks, either forgotten favorites or diamonds in the rough. So, I thought I’d have a look through my memory banks, kick over some rocks and see what shook out. This is not supposed to be a comprehensive list of heavy hitters, so if your favorite fighter isn’t here, put those pitchforks down! These are just a few lesser remembered fighters I think deserve a little mention for one reason or another…

I Didn’t Hear No Bell… 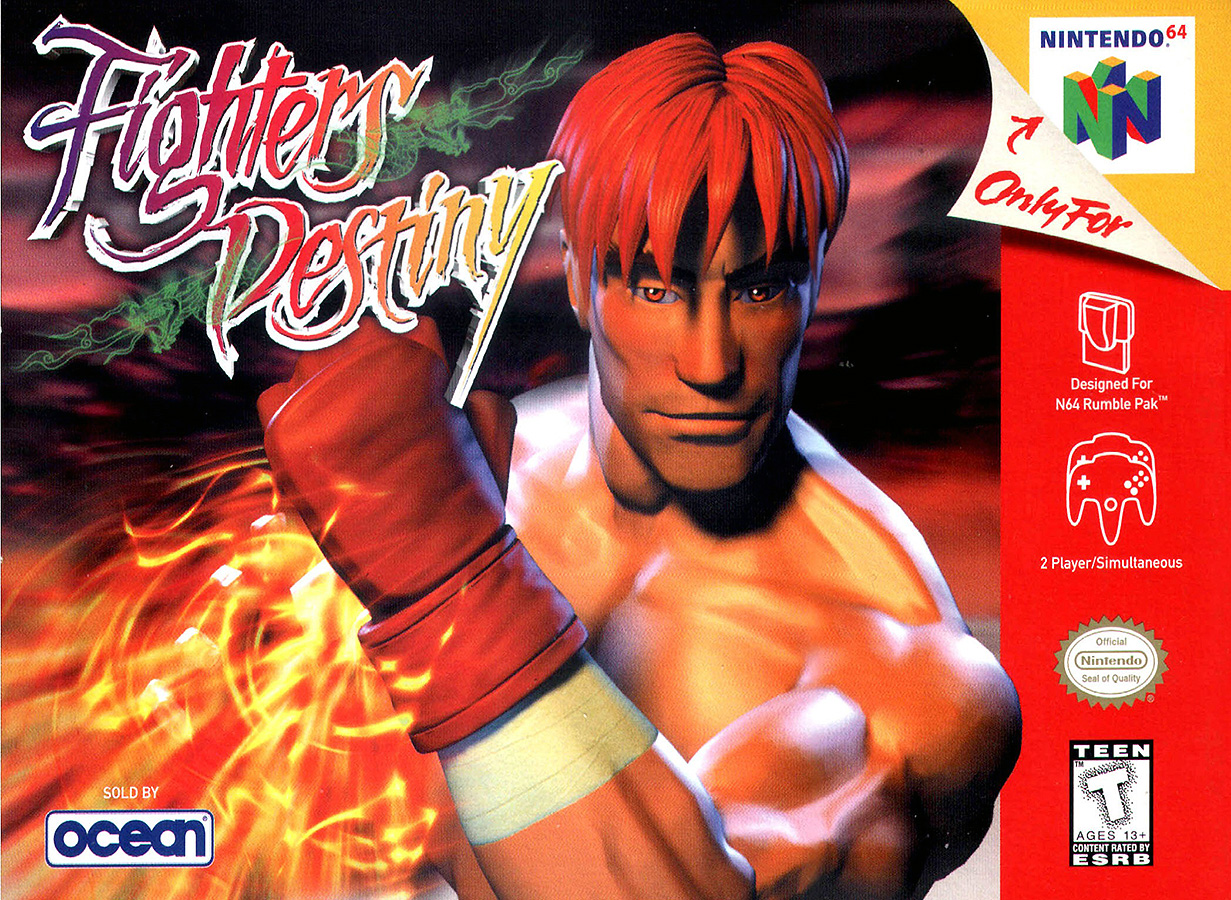 When Fighters Destiny arrived on the N64 back in 1998 it was greeted with somewhat mixed responses from critics. Developed by Genki and published by Ocean Software in North America, the game was somewhat panned for its uninspired presentation and bland looking roster. However, in reviews and retrospectives since those early opinions, the game has scored pretty well and it has been acknowledged for its unique point system and playstyle.

Players fight in a 3D arena and are challenged to score a (customizable) number of points. Points can be scored by forcing the opponent out of the arena, called a “Ring-Out” and worth one point. Taking an opponent to the floor with a throw grants two points. Traditional depletion of health, which constantly but slowly replenishes throughout the match, is a “KO” and scores three points. Additionally, defeating an opponent with a counterattack or a “Special Move” will award four points.

Nine fighters are available from the outset with five additional secret characters. Ranging from Ryuji, the Karate expert to Tomahawk, a professional wrestler from the United States, a clown character named Pierre from France. There’s even a robot from Germany and “The Master”, who takes the form of a cow! Players can learn new skills through regular gameplay, which can then be saved to the N64’s Memory Pak.

Fighters Destiny failed to get out for its planned Christmas release window and sales struggled as a result, seeing only around 18,000 copies sold in its first two months. As a result, Infogrames Entertainment, parent company of Ocean Software, would cut $20 from the asking price, bringing it down to $29.99. However, the title is now widely regarded by many as the best fighting game to grace the N64. A sequel would follow in 2000, unsurprisingly titled Fighters Destiny 2, also on Nintendo’s 64-bit console. 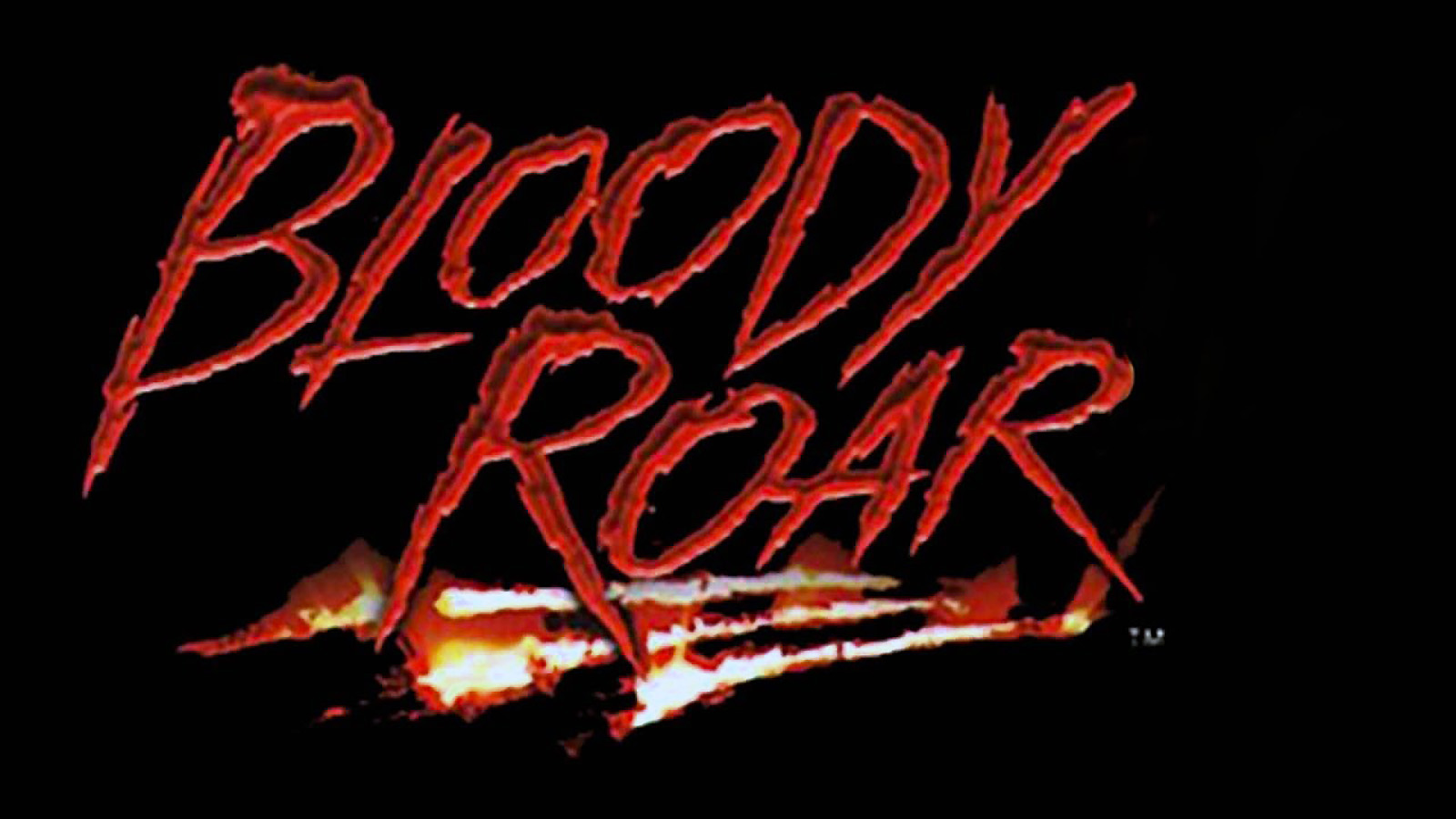 Developed by Hudson Soft together with Eighting, Beastorizer was initially released in arcades back in 1997. The title would come to Sony PlayStation in 1998 under the title of Bloody Roar, which then became the permanent name for the series going forward. Players fight in a 3D arena, somewhat like in Tekken, and take control of fighters who can morph into a half human-half beast state, referred to as a Zoanthrope. As fights progress players earn “Rage Power” and once fully enraged are able to transform into the powerful beast state at the tap of a button. Doing so grants additional moves and allows regular moves to be executed with more haste. The downside is that taking damage reduces your rage power, let that fall too low and you’ll be forced back into the less powerful human form. This mechanic met with a degree of ire as once you got knocked out of morphed form, very little chance to recover was given as you faced off an opponent who was likely now to be fully enraged.

The game found middling reviews from critics, pointing at less than complex combat mechanics and barebones arenas. However, player reception was much kinder, who loved the animal morphing characteristics. As a result, the unique beast mode found in Bloody Roar has earned it a place as a fan favourite to this day. Several sequels across multiple platforms have spawned since the original and fans have taken to launching petitions for a new game in the series. Bloody Roar was even adapted into a Manga published by Monthly Shōnen Jump, which released in two volumes in 2001 but differed greatly from the games characters and scenarios. Bloody Roar was also named by Eiffel 65 in the lyrics to their 2000 single “My Console”. 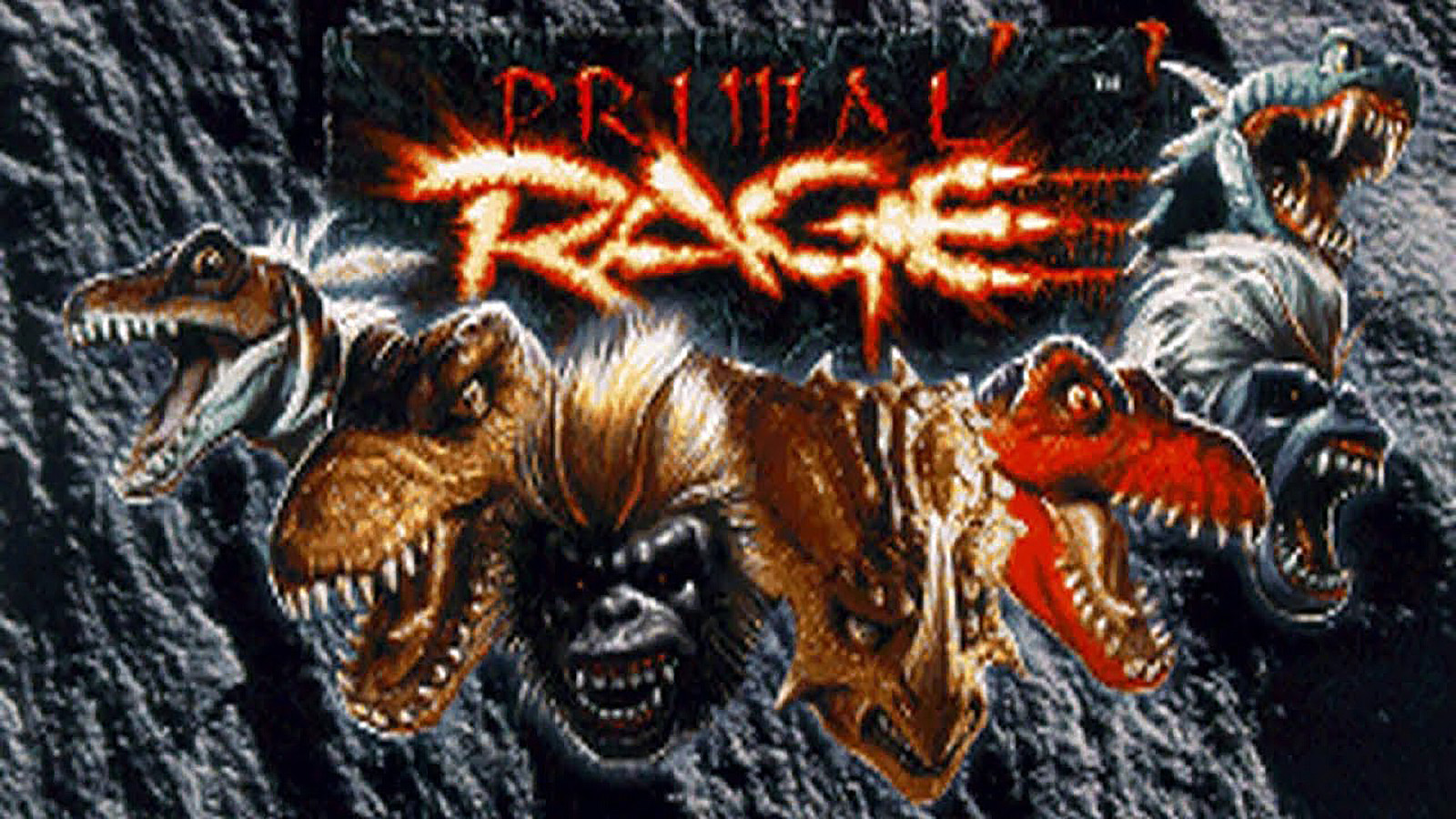 Developed by Atari Games for Arcade in 1994 with home console ports being handled by Probe Software, this game released on just about every platform at the time from Nintendo Game Boy to 3DO to Sega Saturn. In Primal Rage, Earth has suffered a cataclysm, humans have now reverted to a primitive caveman like state and seven giant beasts who have woken from a slumber (think Godzilla, basically) are worshiped as gods, each with their own clan of human followers.

Primal Rage was one of the early Ultra-Violent fighters that saw players take control of the huge, ferocious beasts to fight on a 2D stage. Execution of special moves differed a little from established fighters, where in those games’ moves are performed by joystick input followed by button presses. In Primal Rage, moves are pulled off by holding down certain buttons followed with a sequence of directional inputs. This would be altered in later revisions to mirror more traditional control schemes. During battle, primitive human worshipers could be picked up and tossed around and even devoured to regain some health.

Primal Rage found a warm reception upon its initial arcade release however opinions would not be so kind when the game was ported to some home consoles. The Sega Genesis port in particular received criticism for having overly difficult controls while the Sega Saturn port seeing a frame speed of 30Hz in place of the usual 60Hz. The Sega 32X and Sony PlayStation versions are widely reported to be the best home console versions with honourable mention going to the 3DO version. The somewhat unique look of Primal Rage is the result of its use of stop animation, models were made based on artists drawings and airbrushed to match, then around 400 frames of animation used for each fighter.

As was (and sometimes still is) the case with many early “Ultra-Violent” games, Primal Rage had its share of controversy for its depiction of blood, gore and the devouring of humans. In 1996 a grassroots campaign launched by an Arizona resident, after her 11-year-old son brought and played the Genesis version saw the game pulled from 251 Best Buy stores. Publisher Time Warner Interactive would resubmit the title to the ESRB in response, who found nothing to merit an “M” or “AO” (mature or adults only, respectively) and ultimately rated it “T” (Teen). Best Buy would put Primal Rage back on store shelves, except the Genesis version which it would only stock if it carried the “M” rating, despite having the same content as all other versions. 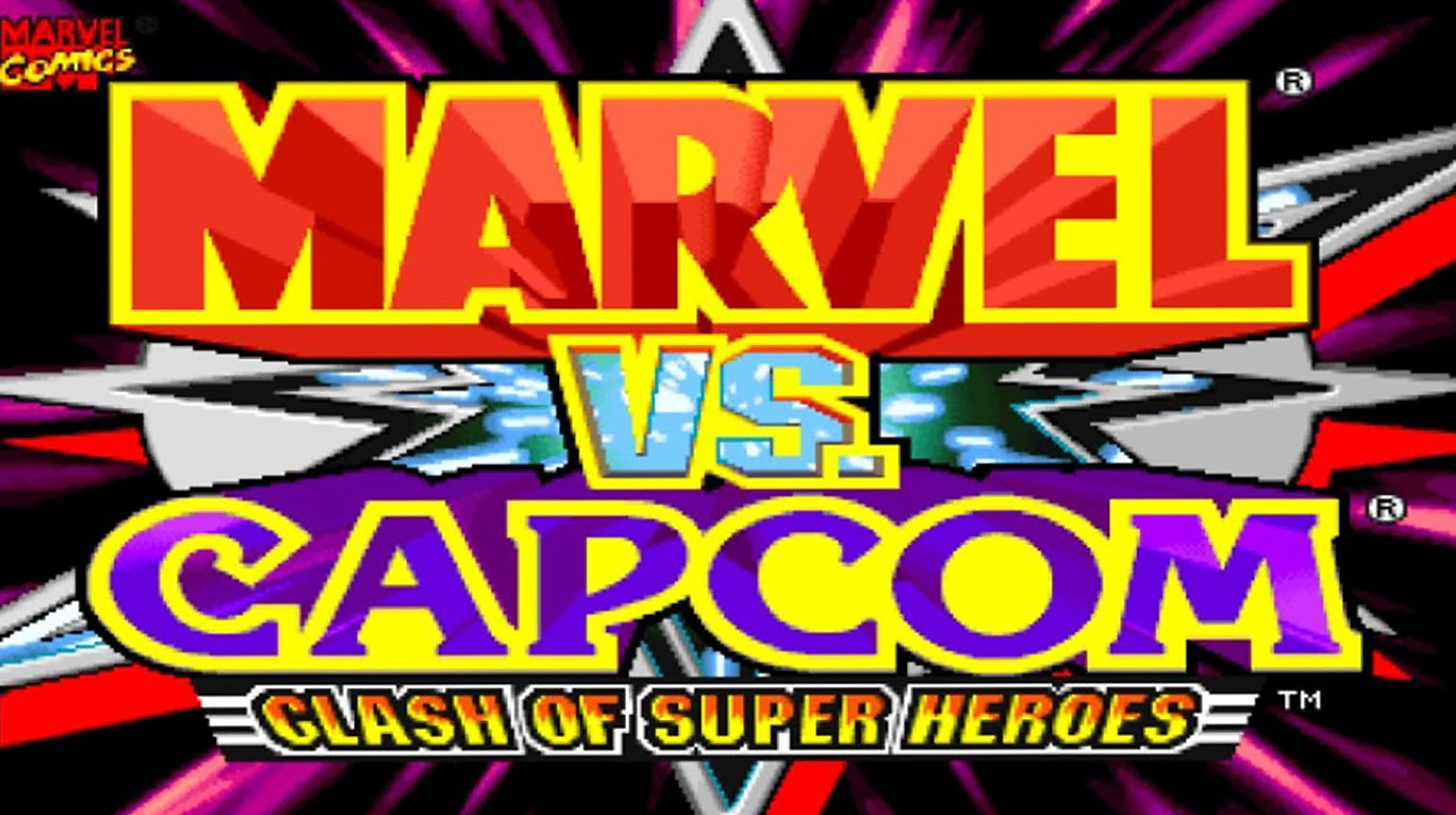 Marvel vs. Capcom: Clash of Super Heroes (Arcade and Dreamcast, 1998)

This one is perhaps more widely known and acclaimed than others mentioned. This third entry in the Marvel Vs. Capcom series released for Arcade systems in 1998, Marvel vs. Capcom: COSH would later be ported to Sega Dreamcast in 1999 and Sony PlayStation in 2000, a couple of months behind the Japanese release. Developed by Capcom, COSH features a similar tag-team mechanic seen in previous instalments where players form teams of characters from both Marvel and Capcom franchises, rather than the traditional 1v1 style gameplay. Where COSH differs is that it takes away the ability to summon their assist/guest character at will, instead guest characters are allocated randomly at the start of the match. The guest characters could only be summoned a limited number of times per match, but COSH introduces the “Variable Cross” or “Duo Team Attack” mechanic, when executed this allows players to attack with both characters at once for a short time.

With 15 playable and 20 guest characters, favorites from both Capcom games and the Marvel universe, COSH was met with mostly positive reviews for the Sega Dreamcast port. The PlayStation version faced a somewhat more mixed reception however where that port saw features removed due to the console’s hardware limitations, in particular the Tag-Team dynamic which meant most game modes would be limited to only two characters rather than four. To date, the Marvel Vs. Capcom series has featured over 100 playable characters from both franchises and has gone on to sell over 9.3million copies as a series (as of Sept.2019), spawning numerous instalments with 2017s Marvel Vs. Capcom: Infinite being the most recent, available on PC, Xbox One and PlayStation 4.

Developed and published by SNK in 1998, King of Fighters ’98 first came to Neo Geo Arcade as the fifth game in the KoF series. With releases on Neo Geo AES, Neo Geo CD, this fifth title in the series would later come to the PlayStation in 1999. It would also get a port to Dreamcast in 1999 with the revised title of King of Fighters: Dream Match 1999, while gameplay didn’t differ too much from previous installments seeing only slight changes to the games Advanced and Extra modes, this version featured remade 3D backdrops and ran at 60fps. KoF ’98 doesn’t have a storyline (the series canon wouldn’t start until KoF ’99) instead being more of a “What if?” or dream matchup game, featuring numerous playable characters with favorites from earlier titles making a reappearance such as Terry Bogard.

KoF ’98 was met positively by critics on the whole receiving praise for being well balanced and improving upon the mechanics of earlier entries with the Dreamcast version receiving particular praise for its improved backgrounds and smooth gameplay, some however took aim at the lack of a story and feeling KoF ’98 seemed dated when stood next to other high quality fighters of the time.

The title would later be remade in 2008 under the name King of Fighters ’98: Ultimate Match, ten years after the initial release. This version would feature additional characters along with new moves for some fighters, new versions of others and introduces new stages along with the new fighting style “Ultimate Mode”. KoF ’98: Ultimate Match is available on Windows PC, Xbox 360 (Plays on Xbox One, included in Game Pass), PlayStation4 and on the Nintendo Switch via the eShop right now.

Yo Adrian, We Did It! 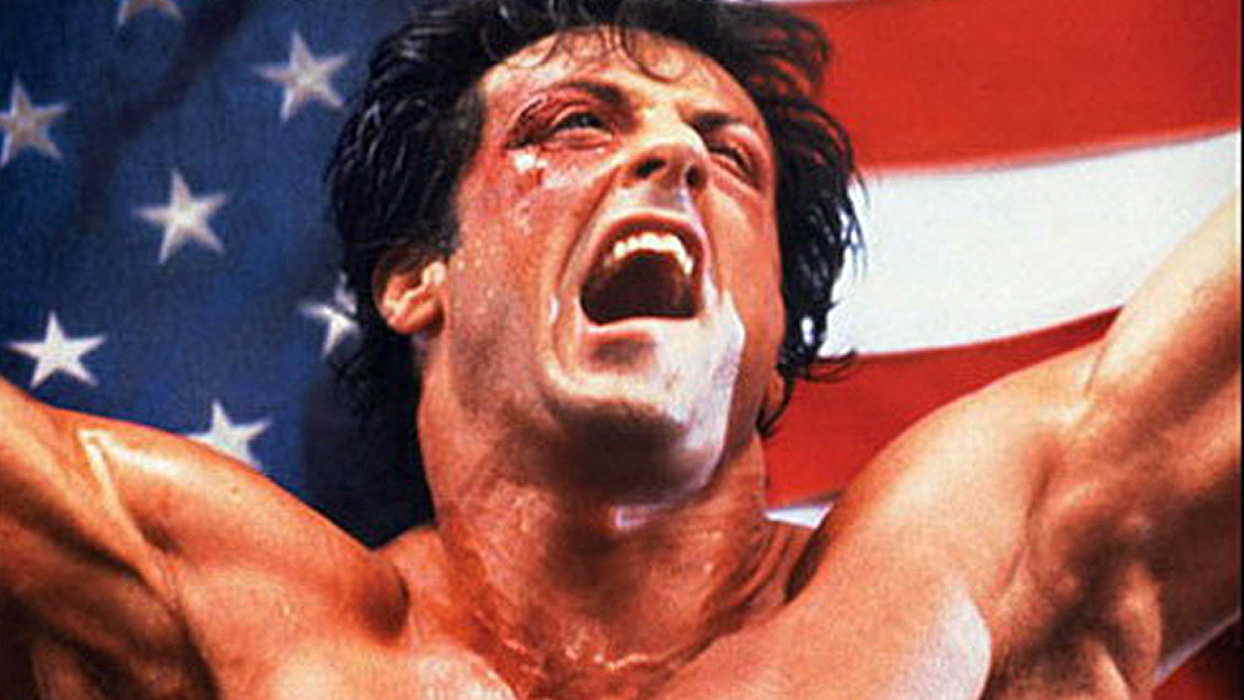 Phew! So there you have it, five fighting games from years gone by that I feel are worthy of merit or mention. They may not be the best or the worst of the genre and there are many others out there, so many we couldn’t possibly get them all in here! So, tell us in the comments, what are your favorite fighters? Which are your least favorite? Any hidden gems out there? Let us know and maybe we’ll take a look in future and dive into other genres!

Devo is a life long gamer and tech enthusiast, spending as much time striving for the perfect setup as he spends actually playing. Living in Wales UK with his partner and two dogs, he can be found cycling, tracking down his latest Sci-Fi viewing fix or blasting out his favourite heavy metal hits
Related Articles: Bloody Roar, Fighters Destiny, King Of Fighters '98, King of Fighters '98 Ultimate Match, Marvel Vs Capcom, Primal Rage
Share
Tweet
Share
Submit