For the last two decades, the Mortal Kombat series has entertained gamers with brutal combat and gory kills. From arcade cabinets to consoles, this series has changed what violence means in video games. Some people think it goes too far, but many of us love the evolution of its ridiculous over-the-top nature. Mortal Kombat 11 continues that trend, combines it with an interesting story and multiple modes in which to fight, and does it exceedingly well.

The story of Mortal Kombat 11 follows the events of Mortal Kombat X, where the Elder God Shinnok convinces Shao Khan to merge the realms, causing them to become unstable. Shinnok was defeated at the end of the game and as a result of obtaining his amulet, Raiden was corrupted. Mortal Kombat 11 starts with Raiden torturing Shinnok and eventually decapitating him to send a message to all who oppose him. These actions disrupt the balance of good and evil, causing Shinnok’s mother Kronika to intervene. She uses her time-altering powers to bring past and present together in the hopes of correcting this balance, as she believes that restarting the timeline and shaping it to her will is the answer. Get ready for a balls-to-the-wall story as characters cooperate and collide with their past selves, former enemies, and new enemies alike. 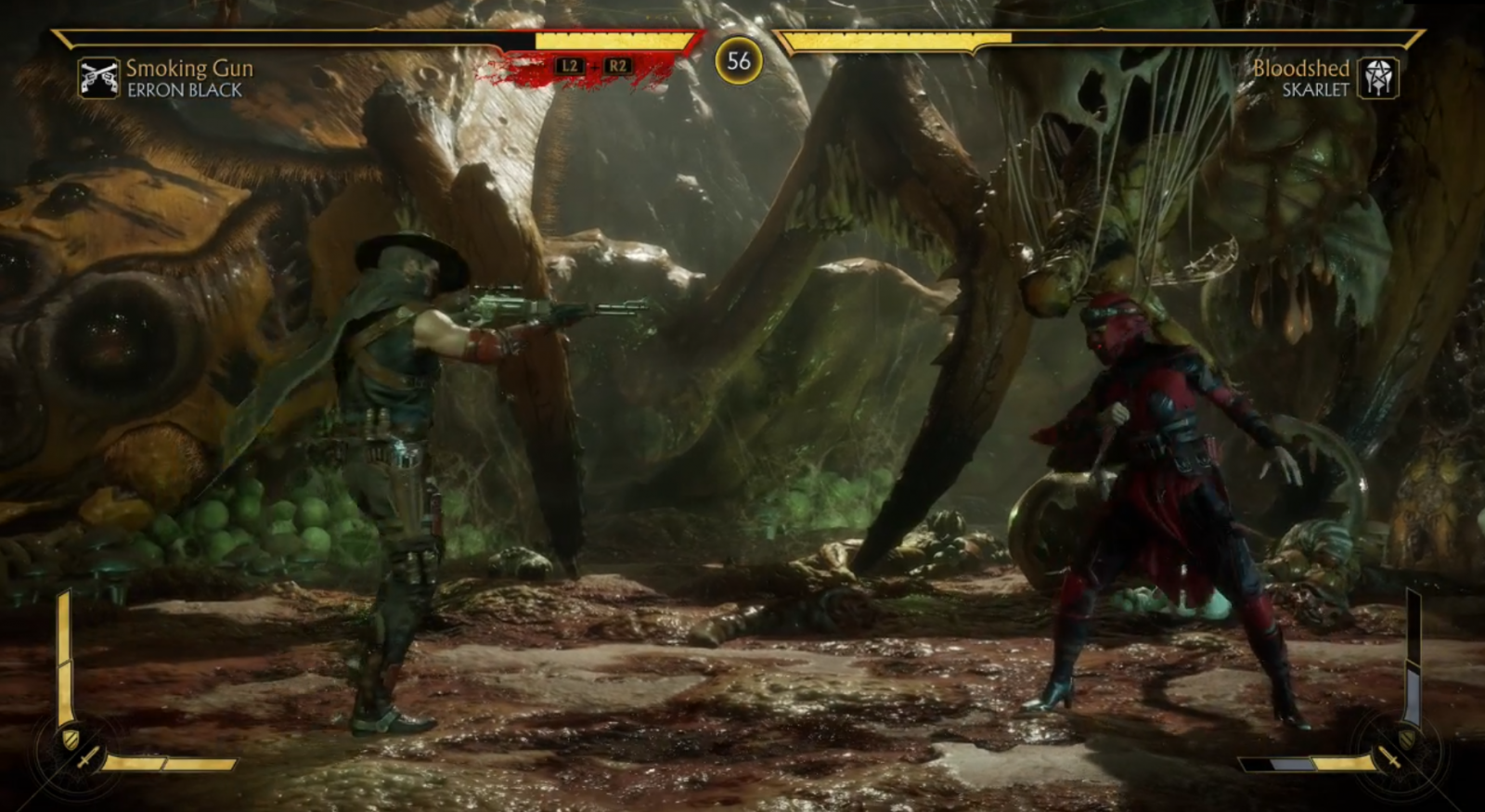 The gameplay is essentially the same as the other games in the series and 2D fighting veterans will acclimate quickly. You have your punches, kicks, grabs, and special attacks to defeat your opponents with. One interesting ability is the fatal blow, which can only be triggered when you are low on health. The words “fatal blow” appear under your health bar and you press L2 and R2 at the same time to attempt it. If you hit the opponent, you’ll perform a brutal combo attack that takes a good chunk out of your opponent’s health bar. It can change a match drastically if used at the right moment. If you succeed, the fatal blow can no longer be used, but if it fails, you’ll have another chance to use it after a short time. This means that if you want to use it, you should think carefully about whether or not it’s the right time.

Fatalities and brutalities are just as visceral and ridiculous as in past games. Whether you’re punching somebody’s head off, ripping them to pieces, melting their face, or any other number of bloody methods, you’ll be in awe. I had moments where I cringed and shuddered during some of the fatalities, but that just made me want to see more of them. Some are better than others of course, but not every kill can be a winner. 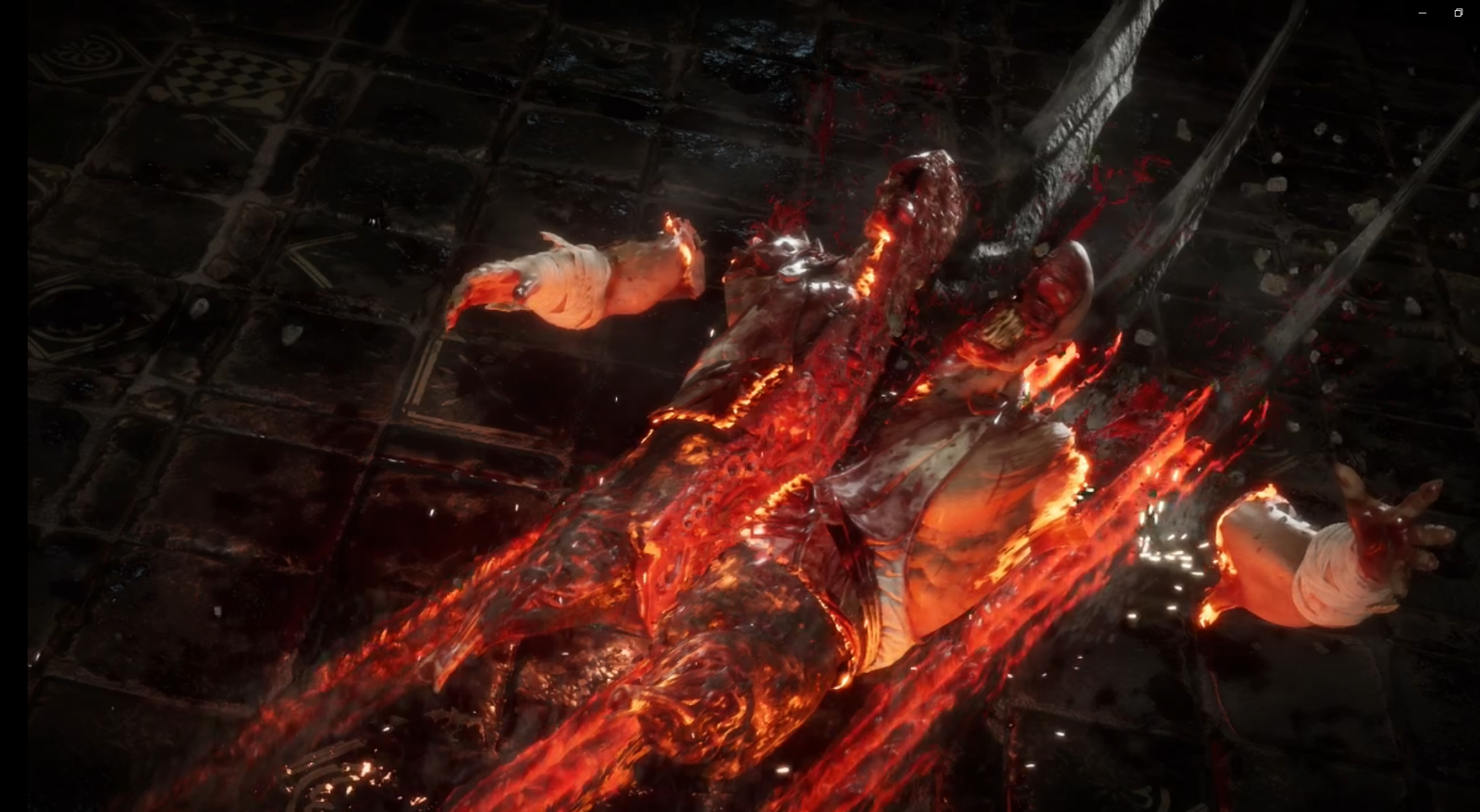 The game consists of a campaign, tower modes, versus, and online. The campaign only takes a few hours to beat, but the story is quite interesting. It was cool seeing characters from the old days of the series show up, whether they be re-emerging characters or even just classic looks of veterans. The tower modes come in two forms: classic ones that stay the same forever, and ones that change periodically based on different challenges and themes. Both versions are fantastic and give you plenty of chances to beat down foes who line up to face you. Completing these towers rewards you with coins, orbs, and potentially hearts. Coins and orbs are earned from winning battles, while hearts are obtained by performing fatalities or brutalities. These are used in the Krypt, which I’ll get back to shortly. The versus and online modes are just as you’d expect, offering you plenty of gory opportunities to test your skills against AI and human opponents alike.

The Krypt has been in past Mortal Kombat games, but this time it looks a lot different. You control an unknown character in third person as you walk around this large mysterious temple area. Scattered around are various chests that can be opened by spending coins that you’ve earned. There are also special chests that cost orbs and hearts to open as well. You don’t know the contents of the chests until you open them, but you’ll obtain things such as concept art, cosmetics, fatalities, and more. It’s an interesting way to earn things but at the same time it can become tedious after a while. With the sheer number of chests littered throughout the vast expanse of the Krypt, you’ll be saving up a ton of coins, orbs, and hearts in order to obtain everything. That’s not a big deal, but for completionists and those who want to unlock that one specific thing they can’t seem to find, it might get annoying. 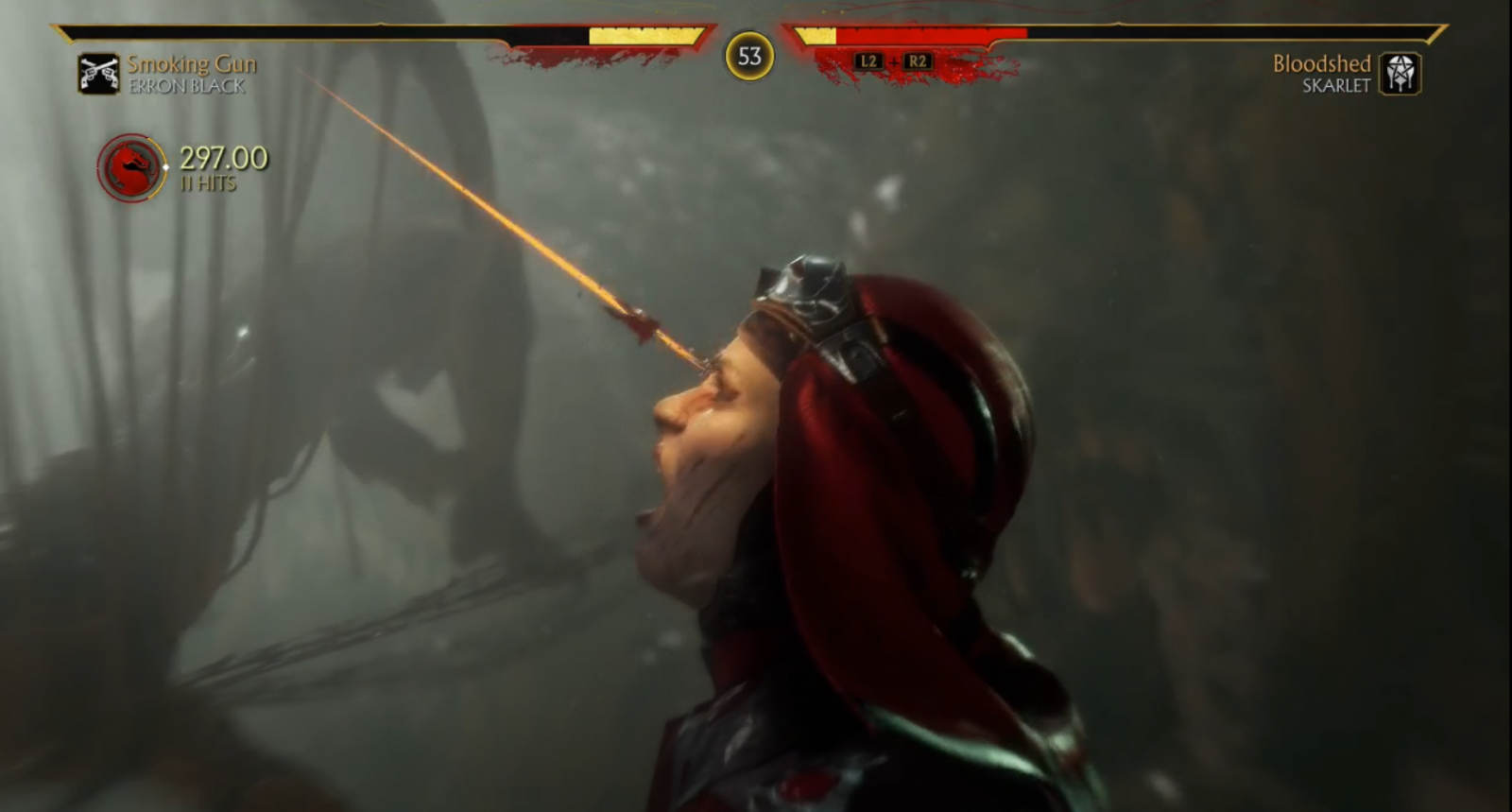 The combat is great and you can feel how powerful your hits are, especially with fatal blows. The voice acting, sound design, and visuals all work together to keep you immersed in the world and entice you to continue battling. No matter what mode you’re in, you’ll have a blast beating down your opponent and eventually decimating them. Since the story mode isn’t that long, you’ll want to make sure you’re interested in playing the tower, versus, and online modes for a good long while. If you want to keep the brutality of the Mortal Kombat series going, then Mortal Kombat 11 is well worth your time.

Mortal Kombat 11 offers the same gory, over-the-top violence that we've come to love from the series. The story is interesting, meshing past and present together in a fun way. Several modes offer replayability, but the grinding resources for the Krypt may get tedious.

Codi loves to play video games and watch movies. He will watch almost any kind of movie just to experience them. His ideas take inspiration from the shows and movies he watches, and games he plays. He also loves a good pun.
Related Articles: Mortal Kombat 11
Share
Tweet
Share
Submit