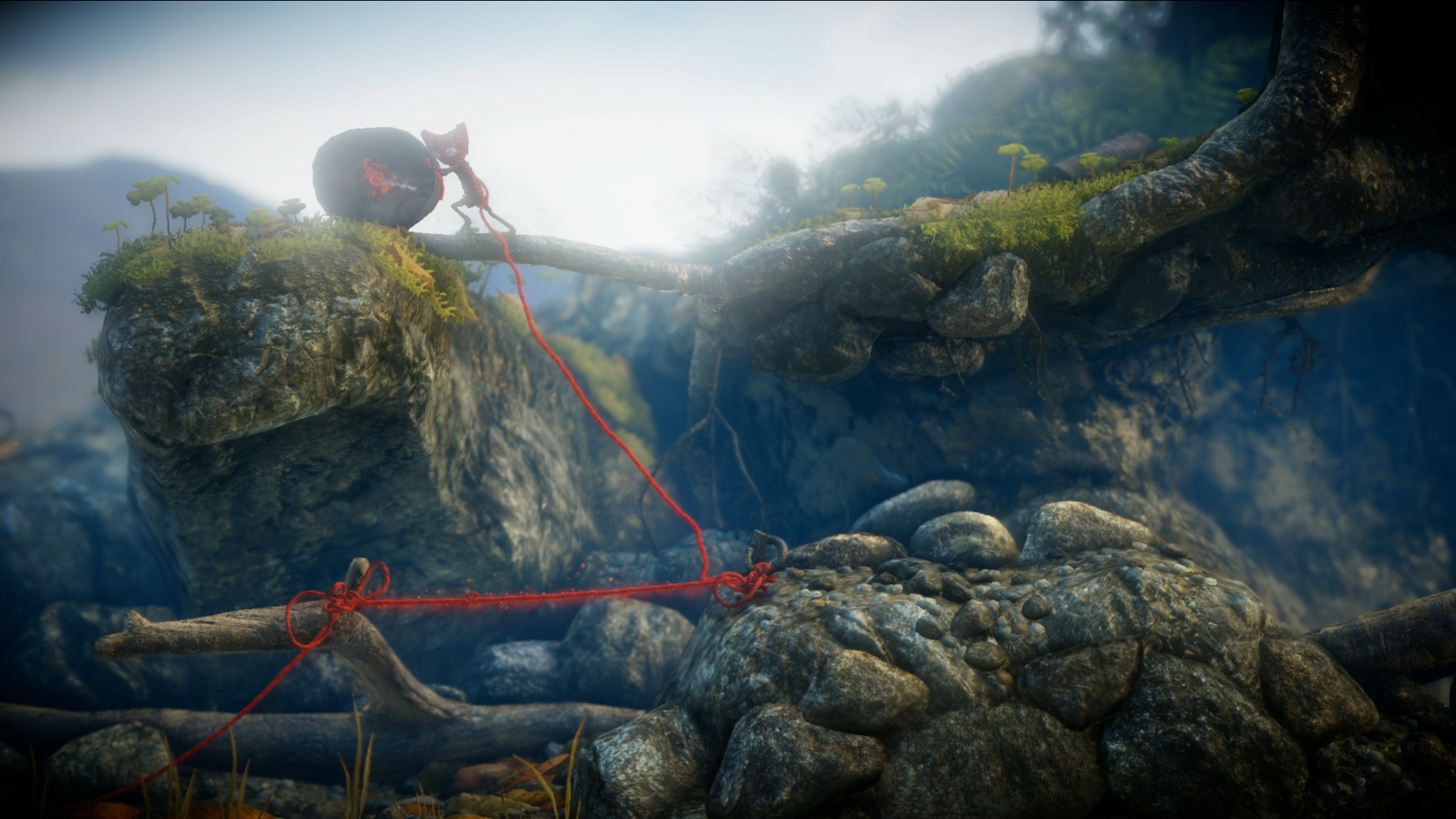 We all develop attachments to odd items throughout our life. Whether it’s a tailing car you have noticed during a long drive, or a stuffed animal you connected with as a child, people have a way of relating to inanimate objects in a special way. This has been evident since E3 2015, where Martin Sahlin of Coldwood Interactive took the stage at EA’s press conference to reveal Yarny, the main protagonist of Unravel. The audience fell in love with the character’s adorable design, and were instantly intrigued by whatever product he was being placed into. Now that Unravel is finally here, we get to see our charming friend in action.

The first character you see in Unravel is not Yarny, but rather the person that may have created him/her. An elderly grandmother holds a basket of yarn, stands up, and walks toward a set of stairs. As she does so, she drops the red yarn, and it rolls down under a table. Cut to the next scene, and we are in Yarny’s shoes. From there you begin to explore the house and hop into different pictures. Inside these pictures is where you will spend most of your time, swinging around and solving puzzles.

As you complete each section, Yarny will pick up a fragment of yarn that seems to mean something. It is then carried to a book where slight story details are revealed. The narrative here never becomes the forefront of the experience, and only acts as a side story to dig through. It portrays tales of happiness, heartbreak, and loss, solely through art within a scrapbook.

Thankfully, the pure joy of seeing a piece of well-spun wool travel across a host of environments never becomes old. The amount of detail in every animation gives life to your silent protagonist. Certain sections will involve Yarny falling, looking at the camera, and giving the player the most heartbroken look. You can also find him struggling to sludge through heavy snow, with the accumulation piling up on him, and most importantly, few things are cuter than seeing Yarny sling water off of his soaked self. Yarny is just an endlessly cute little thing that fits perfectly in Unravel.

That level of detail spreads onto the surrounding set dressing as well. You proceed across settings that include cars passing over you; broken-down tractors; birds, gerbils and boulders attacking you; and spiders crawling all across the screen. The sheer diversity of each environment is praise-worthy enough, but the detail taken in their creation is beyond that of any other console game. It’s astonishing how impressive each blade of grass looks, and the way the yarn curls around different aspects of the world without looking awkward is truly fascinating. Unravel features some of the best pure art in a game, and it could very well be the best looking console game currently on the market.

The only time the amount of yarn becomes a bit worrisome is when the physics decide to act a bit wonky. There were a few instances that had me swinging from objective to objective, and I ended up just getting stuck in the actual hold that catches my yarn. It’s a rare occurrence, but it can be very annoying if it happens at the wrong time.

When you’re not purely swinging across environments, puzzles are probably your first-most concern. The design of the challenges in Unravel never feel too extreme, with one or two exceptions near the end of the game. That being said, the mechanics are tampered with just enough to keep the player interested. The first few levels are far from high points, because as you begin to familiarize yourself with the game, the mechanics seem foreign and poorly explained. But there was a certain point in the third level where it all clicked and I knew exactly what I was doing. As you progress forward, the game finds new ways to tweak how you wrap your yarn around objects, pull them, and use them as sling shots to access high places.

If there is one major complaint with these elements, it comes in response to the mechanic that allows you to attach yarn to items. While it makes sense, the actual execution is hard to grasp, as I never understood what exactly made things attach, and instead just kept wrapping my wool around everything until the objective in front of me was completed. The final level relies heavily on this mechanic, which becomes incredibly frustrating.

Pacing is something rarely praised in video games, but Unravel shows how important it can be.  You never feel rushed to complete a certain task, and this goes a long way to making you comfortable while deconstructing whatever perplexing target lies in front of you. At the same time, a relaxing violin-heavy soundtrack cruises behind your actions throughout your five to six hour adventure. It all comes together to create the perfect serene atmosphere that is expected out of a project like Unravel.

Unravel is a glorious little adventure, despite the fact that it runs into a few hiccups along the way. It introduces one of the most adorable and lovable main characters in recent video game history, while also building an enjoyable set of challenges to keep your interest piqued. The art is jaw-droppingly beautiful, and some of the best found on consoles. After a year of curiosity as to what the beloved Yarny’s adventure would become, we finally have answers. Those answers come in the form of a purely captivating and joyous experience.

Yarny heads a fantastic 2D platformer that suffers from one or two issues, but ultimately becomes one of the more enjoyable experiences in recent memory. The music is peaceful, challenges are introduced intelligently, and the visual design is stunning. Unravel is an absolute delight of a video game.