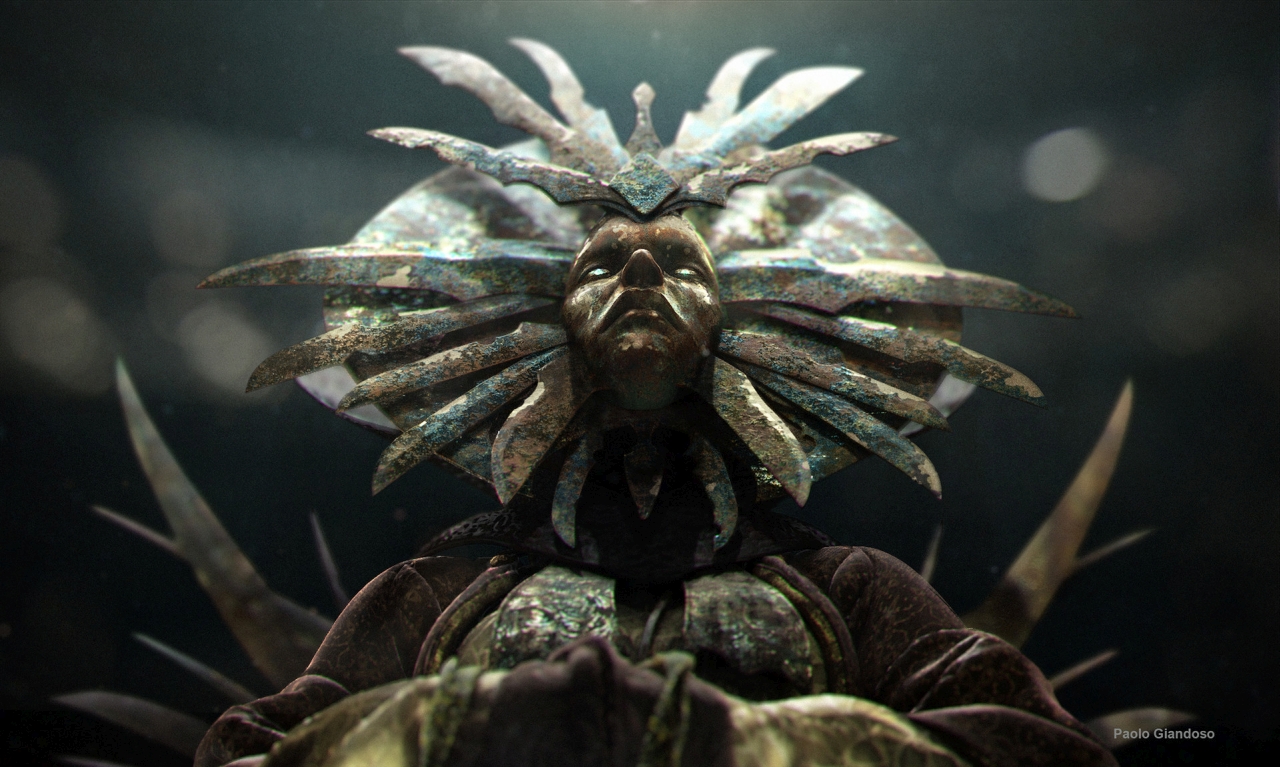 Reviewing universally loved titles decades after their release is tricky business. With that in mind, I’m not reviewing Planescape: Torment, but merely talking about the recent updates that Beamdog has brought to the table in their Enhanced Edition.

No strangers to the works of Black Isle Studios and Interplay, Beamdog has honed their craft on Baldur’s Gate, Baldur’s Gate II, and Icewind Dale — three widely respected titles from the Forgotten Realms setting. As successful as those titles were, however, it’s Planescape: Torment that really blew me away. It was different than anything I’d ever experienced, but with much of the solid RPG underpinnings that other Infinity Engine titles introduced.

The wider angles are a huge combat and navigation advantage.

Planescape: Torment takes place in and around the city of Sigil. Sigil is a massive hub, offering portals to planes of existence the likes of which break every convention our minds can conceive. The game opens as The Nameless One awakens, amnesiatic, on a morgue slab. His body is covered in horrible scars and glyphs. Discovering what landed him there, how he ended up with those scars, and how his past is more tied with the city of Sigil than might be expected could be his undoing.

It isn’t all sunshine and rainbows with the original release of Planescape: Torment, and trying to run the original product requires quite a bit of technical voodoo to run on a modern machine. After the official 1.1 patch, Interplay stopped supporting the title, despite a smattering of bugs and unfinished quests. As the game was originally around Windows 98, things like high framerate, widescreen, and 4K resolution weren’t even a thought. While there are unofficial patches, hacks, and sidecar programs to bring those things to the table, the average user may not want to deal with all of that. Even if they did, they’d also be missing out on the biggest draw that Planescape: Torment Enhanced Edition brings to the table – Chris Avellone.

Chris Avellone, the Lead Designer for Planescape Torment, has worked extensively with the team at Beamdog to fix a litany of things, both large and small, with his original creation. Grammar hiccups littered the more than 800,000-word script, the occasional naming convention issue, and a UI that was rendered in 2D are just a small slice of the things that Avellone and Beamdog wanted to update for this new product. Rebuilding the UI is necessary, as raising the resolution would ultimately make it tiny and unusable – an obvious problem with the aforementioned mod approach. With the UI rebuilt in 3D, the team is allowed to scale it to 4K resolutions easily. The ability to zoom in and out was added, allowing players to see the world closely or at a wide angle, allowing for easier navigation. Object highlighting, combat logging, quickloot, text size adjustment, a search function for the extensive journal, five language options, a streamlined casting wheel, the removal of the lengthy loading sequences, cloud saves, and so many more tweaks and improvements so as to fill an entire three pages of text have been added to Planescape: Torment Enhanced Edition. A great deal of love and care was applied here, and it shows in every corner of the final product.

The team wasn’t simply content to work with the Avellone, instead working with mod creators like Qwinn to integrate their great suggestions as well. Qwinn’s PST Fixpack, with Qwinn’s permission, was integrated directly into the Enhanced Edition, with only a few items cut as they didn’t fit the original game’s design. Even bonus content like Leprechaun Annah and Easter Egg Morte are baked into the new game by simply adding a file available at Beamdog’s site.

The city of Sigil and the planes beyond are…interesting.

The original game launched with a framerate lock of 30fps. Beamdog has taken the locks off, enabling 30, 40, or 50fps. As anyone who’s tinkered with non-optimized or older games and adjusted their framerate can tell you, things like animation speeds and audio are often timed to that same lock. As a result, the game allows this same tweak, but with exactly that warning.

The biggest triumph here is that the game is preserved. It will run in Enhanced mode, original mode, or an amalgamation of both. The options are numerous and can be mixed and matched until you get exactly the experience you want. If you like the character highlighting (it puts a black line around characters to differentiate them from the background), simply enable it. If you don’t, turn it off. Every option in the game operates this way, allowing the player to mix and match at will or run it as close to the original as they wish. There’s no intrusive tinkering – merely a desire to bring one of the best RPGs of all time to a new generation of players.

The new 3D UI is a masterclass in updating.

If I had one word of caution for that new generation, it’s simply this: a lot of gameplay enhancements have occurred over the last 17 years. Torment has 800,000 words of dialogue, and it’s living in a world where Fallout 4 has 110,000 spoken words. In that same example, however, Fallout 4 has an endless stream of fetch quests and combat, whereas Torment has an abundance of plot threads where the outcome is not determined by fighting (unless that’s your choice). There are some elements that might be more simple than you remember, and there are others that have been improved by more recent games. This could be frustrating for newcomers, but anyone looking to experience the magic again will be pleased at being able to do so without arcane knowledge of .ini files and mods.

Ron Burke is the Editor in Chief for Gaming Trend. Currently living in Fort Worth, Texas, Ron is an old-school gamer who enjoys CRPGs, action/adventure, platformers, music games, and has recently gotten into tabletop gaming. Ron is also a fourth degree black belt, with a Master's rank in Matsumura Seito Shōrin-ryū, Moo Duk Kwan Tang Soo Do, Universal Tang Soo Do Alliance, and International Tang Soo Do Federation. He also holds ranks in several other styles in his search to be a well-rounded fighter. Ron has been married to Gaming Trend Editor, Laura Burke, for 21 years. They have three dogs - Pazuzu (Irish Terrier), Atë, and Calliope (both Australian Kelpie/Pit Bull mixes).
Related Articles: Planescape: Torment Enhanced Edition
Share
Tweet
Share
Submit