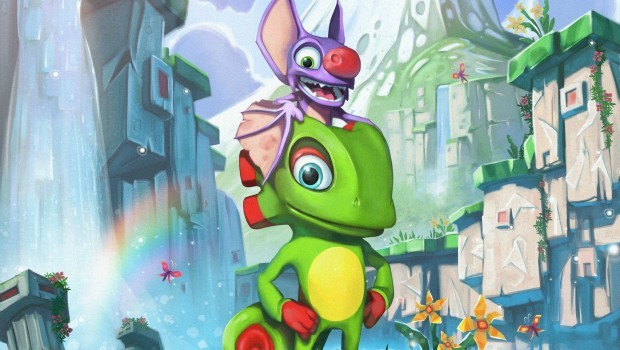 Over a decade ago, I lost something important to me. As a teenager, I didn’t quite realize it at the time, but a game studio that had very much shaped my gaming preferences and was largely responsible for my gaming passions in the first place was about to go through drastic changes. Rare had been purchased by Microsoft.

As a longtime fan of Rare, as well as an early Xbox adopter, news of the possibility of seeing some of my favorite gaming franchises on the then-strongest console had my fifteen-year-old self excited. However, I quickly learned that my excitement had been premature as it seemed that some of the magic had been lost in the UK-based developer’s console transition. It wasn’t all bad – I’d even argue that Rare hasn’t released a single bad game since their Microsoft acquisition. There may have been a handful of “average” titles such as Grabbed by the Ghoulies or Perfect Dark Zero, but there have been just as many great ones too, like Viva Piñata and Kameo (don’t ever let anyone tell you otherwise). But while these games were entertaining in their own way, none of them were able to recapture the Rare formula the same way that classic Nintendo 64 titles like Goldeneye or Diddy Kong Racing were able to. There was a noticeable difference.

It comes as no surprise then that when a group of classic Rare veterans were joining up to start a new studio in the form of Playtonic Games, fans rejoiced. Last week when the young company formally announced their first project, Yooka-Laylee, a spiritual successor to Banjo-Kazooie, the project’s Kickstarter campaign was almost instantaneously funded and even became the fastest project in Kickstarter history to ever hit $1 million. For years I had been witness to fans’ cries for classic franchise revivals (myself among them), but few could have expected just how devoted gamers were. It’s evident that gamers are hungrier than ever to revisit some of the gems of gaming’s earlier generations.

Perhaps what is most pleasing about Yooka-Laylee is just how closely Playtonic is sticking to the playbook that they wrote nearly two decades ago. Rare still owns the rights to Banjo-Kazooie, even if that franchise has been mostly dormant with the exception of a cameo in Sonic and Sega All-Stars Racing and 2008’s Banjo-Kazooie: Nuts and Bolts (which was a huge departure for the BK franchise to begin with). That didn’t stop Playtonic from imagining a nearly-exact variation of the bear-and-bird duo. As a cheeky and loudmouthed bat, Laylee rides on the back of her chameleon partner, Yooka, as the pair use their special abilities and limited flight to find collectibles. Featuring character design by the legends who crafted Banjo-Kazooie and the modern Donkey Kong family, and with music by BK’s legendary Grant Kirkhope, even the design process could give you déjà vu. Heck, even the musical-themed character names pay homage to Banjo. Yooka-Laylee could very reasonably be seen as a shameless clone of Banjo-Kazooie, but when the effort is to make as faithful of a BK successor as possible, by the architects that crafted the classic game, how could anyone mind?

Yooka-Laylee is just one more game following the recent trend of retro revivals. More and more lately, games are rewriting the blueprints of classic gaming experiences of the past and breathing fresh life into the types of games that we haven’t seen in decades. Shovel Knight and Axiom Verge are examples of games that are built on creating authentic old-school experiences, right down to the look, feel, difficulty and sound. Both games were critically successful, managing to recapture the magic of the past while also being awesome titles that stand strong amongst some of today’s top offerings.

What is it about these games that is so appealing? For starters, the fact that games of this nature have been dormant for so long is bound to contribute to a lot of the enthusiasm they garner. After so many years of absence, these experiences feel fresh again, like diving back into an annualized franchise after an extended hiatus. The Tony Hawk’s Pro Skater franchise is a perfect example of this, having lost interest from many gamers who grew tired of the series’ repeat efforts years ago, yet seemingly managing to evoke nostalgic memories and excitement at the thought of this year’s impending THPS5.

Perhaps the major reason that retro revivals work, though, is that these games stem from a simpler age in gaming. Most AAA games of today offer detailed graphics, deep combat systems, and stories that are emotional rollercoasters; the games of the ‘80s and ‘90s were fueled purely by quality gameplay and simple controls, with a story powered by imagination. The Call of Duties, Halos and Assassin’s Creeds of our industry will always play a vital role, but these gameplay experiences have gotten so far away from the simple mechanics of the past. The pure fun that comes from retro revivals is a reminder that there was a time when gameplay was the primary force behind our adventures.

I personally hope that this trend continues. After the overwhelming success of Yooka-Laylee, more retro revivals are bound to come our way. Imagine if Playtonic decided to return to simpler 2D platformers, a la Donkey Kong County, or mission-based FPS games, like Goldeneye or Perfect Dark? As the first Kickstarter project that I’ve ever backed, I hope Yooka-Laylee is just the first step towards a larger wave of old-school revivals. As long as they continue to provide quality reboots that capture the essence of their inspirations, I’ll continue to play, and I’d bet I’m not alone.