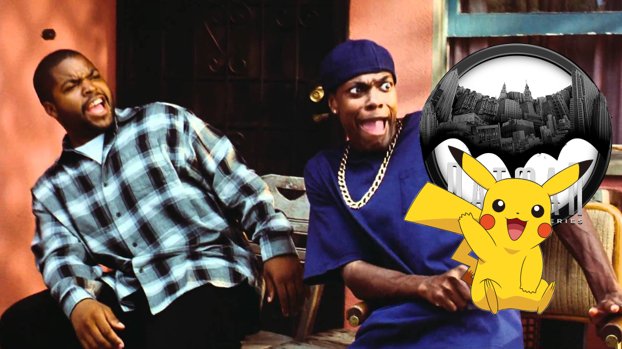 It’s summertime! School is almost back in session. And the world over is experiencing some of the hottest days on record. Why spend your last couple weeks baking on golden sand or boiling in a overheated pool? Stay indoors. Play video games. You’ll be glad you did.

Josh Devlin – Editor and the man in the cowl

Batman na na na The Enemy Within na na na Batman!
I enjoyed the first season from the Batman: The Telltale Series, but it did get off to a slow start. It took a couple episodes to begin understanding the characters’ nuances and motivations, but the close of the season was satisfying. Here’s hoping the new season starts off running, grapples to a rooftop, glides over Gotham and dropkicks some goons in the face.

Splatoon 2’s first Splatfest is this Saturday! It’s Team Mayo vs Team Ketchup, and not being the largest fan of either, I ended up choosing Team Mayo. Unfortunately, this is the only way for me to play turfwar with my friends against strangers easily, and that’s exactly what I plan on doing. Hopefully I get in enough matches to earn enough snails to re-roll all of my undesirable stats.

Oh boy, the Switch indie titles are starting to invade the eShop now, and I LOVE IT. I’m currently reviewing Slime-San, and from what I’ve been playing of it, I definitely recommend the game. It’s only $12, and if you like platformers like Super Meat Boy with a little bit of kawaii slime action, definitely get this one. I’m also going to keep playing some Infinite Minigolf since they updated the game to fix a couple criticisms I had with it (no offline quick play holes and no online play), so I can’t wait to take that on the road again! It’s shaping up to be a Switch-centered summer!

Kay Purcell – Editor who may need someone to send help

I’ve spent the last week reverting to my old Pokemon ways. Group raids in Pokemon GO have netted me three legendaries, so I’m a happy camper thus far. I’ve also been breaking in my new 2DS with some pretty intense shiny hunts in Pokemon X. Chain fishing and horde encounters have netted me a few shinies, and provided some happy distraction as I try to play catch up after SDCC. Only 643 more shinies to go before my living shiny dex is complete!

At long last, I am breaking into 40k 8th edition. The game is the most playable it has ever been, I am happy to say. I will also be journeying into Sigil and beyond with the masterful parody game Dungeons: the Dragoning 40k 7th Edition, leading some friends towards an abandoned space hulk with much lying beneath its exterior. On the video game side, I look forward to fighting proudly in the Splatoon sauce war, and taking some time for a jaunt in Tiny Tina’s Assault on Dragon Fortress.

What games are you playing this weekend?