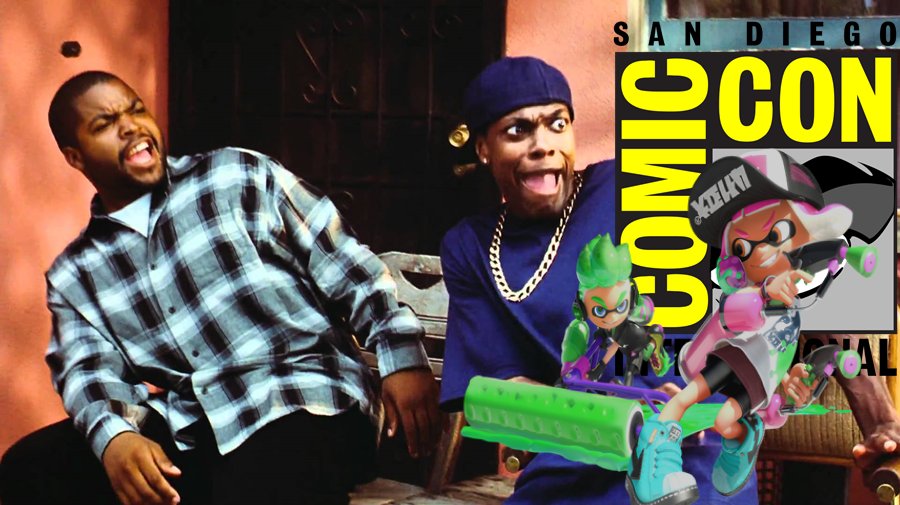 Comic-Con 2017 is in full swing. So, while San Diego is inundated with comic book fans, movie buffs, gamers, cosplayers and geeks from all over the world, some of us will be at home playing video games. Here’s what the GT staff is up to.

I’m headed off to Ireland this weekend, so if there’s any gaming to be had, it will be on a mobile device on an airplane. My 3DS and PS Vita are pretty dusty, so it might be fun to play something on one of those ancient relics. Perhaps Steins;Gate for the Vita or The Legend of Zelda: Ocarina of Time for the 3DS. Sounds intriguing. I just have to go digging through boxes to find one. Where’s my Indiana Jones hat?

I’ve been distracted this week getting ready to head out to SDCC, so my gaming time has been limited. I revisted Life is Strange to freshen up my memory so I could chat with some people about the upcoming Before the Storm, and I spent my train ride down here playing Miitopia, which is shockingly charming and far more addicting than I was prepared for. This silly little game sent me traveling with Jack Harkness, Toon Link and Toon Zelda to go stop Monty Burns from stealing everyone’s faces–oh, and apparently Nic Cage and Sombra are a couple in my game? It’s way too silly to put down.

Well, I’m going to be super busy this weekend, so I might not have enough time to play on any of my consoles, but hey, glad the Switch is a hybrid! I’ve been digging Implosion – Never Lose Hope (as seen in my review for the game PLUGPLUGPLUG), and I’m tackling the hard and expert difficulties while trying to up my high scores in the special mission mode. Plus, it’s only $12, so it’s not like it’s a huge dent in your wallet while you save up for Splatoon 2.

I’ll probably continue with Layton’s Mystery Journey – Katrielle and the Millionaires’ Conspiracy while I’m in the middle of some important gatherings. It’s a great 10th anniversary celebration for the Layton series, and it works perfectly on smartphones. I’m baffled that the series didn’t make the jump sooner! The only complaint I have of it so far is that the protagonist takes some time to get used to (going from serious gentlemanly Hershel to perky young Katrielle is a bit jarring), but like McDonald’s, I’m lovin’ it. Oh right, I also bought Knack for my PS4, but we’ll see how good that goes…

Sean Anthony – Editor and a Squid, not a Kid (@Sparkymuffin3)

I’m ecstatic. Splatoon 2 is finally being released tonight. To celebrate, I’m once again meeting up with my friends to have our own Splatfest. We’ll be joining up as a squad to take on other groups, hopefully turning this into a weekly event. While we could easily sit around a table with our Switchs in tabletop mode, my friend is going the extra mile and setting up televisions for us to use with our docks. It’s going to be crazy.

In between Splatoon 2 matches, I’m going to be playing another game I can’t share too much about, Hey! Pikmin. It’s an interesting take on the Pikmin series by throwing Olimar into a 2D world. If you’re interested on my thoughts on it, the review will be out just before launch next week!

As a fellow Splatoon fan, I plan on picking up Splatoon 2 and playing it for a little while this weekend. I usually don’t like to play the same game for more than a few hours at a time, though. I’ll probably also spend some time playing Metroid Prime 3: Corruption, continuing my celebration of Metroid Prime 4 being announced. As I recall, Prime 3 goes a little overboard with the motion controls in some places (pulling levers and spinning dials could be done more easily and just as effectively with a button press), but that doesn’t stop it from being a top-notch adventure like the first two.

Should the Metroid series finally regain the success it deserves, I wouldn’t mind seeing a Metroid/Splatoon crossover where the Octarians team up with the Space Pirates or something. Samus could get a Squid Suit and an Ink Beam or something. That’d be pretty sweet. But main series Metroid games need to be successful first.

What are you playing this weekend?