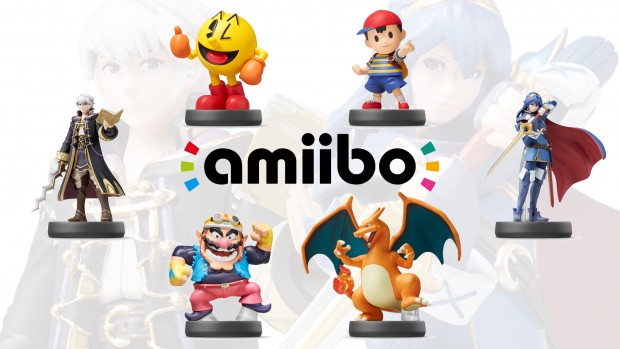 When Nintendo released its first wave of amiibo figures alongside Super Smash Bros. for Wii U last fall, few people could have guessed just how popular they would become.  With each figure representing some of Nintendo’s most popular characters (and even some very obscure ones), amiibo quickly started flying off shelves as collectors hunted down their favorite gaming avatars.  When it was discovered that some rarer figures had become discontinued, the situation grew dire as many Nintendo fans have become stuck paying exorbitant prices on ebay just to get their hands on some cherished characters.  Saying the situation has gotten rough would be an understatement.

It hasn’t gotten any better either.  After last week’s pre-orders for wave four Smash Bros. amiibos resulted in disastrous server crashes and retailer misinformation, people are losing patience at an even quicker rate.

It doesn’t need to be this way; Nintendo is a smart enough company to know that they can only frustrate their fanbase for so long.  While the solution is admittedly not as simple as “make more figures” since the production of these toys is done months in advance and requires significant planning, there are several things that Nintendo can do to alleviate the situation.  It’s time for Nintendo to start earning back some trust.  Here are six ways that Nintendo can help their amiibo situation.

One of the most frustrating things about amiibo hunting is just how disproportionate the allocation of characters are.  Retail stores seem to have an overabundance of common characters like Mario, Donkey Kong and Pikachu, but are sent only a single shipment of 2-4 Pits or Villagers.  Yes, Mario and friends are far more popular and will assuredly be compatible with more games moving forward, but the ratio of Links to Ikes is painfully annoying.  Making matters worse is the fact that the rarity of a particular character is completely different in other territories.  It makes no sense why European countries have bountiful supply of Lucario (which is impossible to find here in the U.S.), yet still have trouble finding Kirby or Diddy Kong, which we can’t seem to get rid of.  A shuffling of inventory could go a long way; I’m tired of seeing the same Yoshi figure on shelves.

A single store overseas got more inventory than all of North America.

Part of the problem with the rarer amiibo boils down to the fact that they seem to ship to stores once, only to never to be seen again.  This means that these one-and-done “unicorn” figures are only available by securing a pre-order (which can be nearly impossible in its own right) and never actually hit store shelves to begin with.  Nintendo recently offered some relief when, during a Nintendo Direct session, it was mentioned that Fire Emblem’s Marth would be reissued due to his compatibility with Code Name: S.T.E.A.M.,  but how common the figure will be and whether he is the only one to be reissued remains to be seen.  Nintendo has also recently announced that future amiibo-compatible titles could use NFC cards in the same way that the figures are integrated, with Animal Crossing: Happy Home Designer being the first game to support the cards.  I think I speak for most people, though, when I say that part of what makes amiibo so appealing is how cool the figurines are.  It is unlikely that cards will have nearly as much impact and collectible appeal.  With most of the Super Smash Bros. characters scheduled to release by this fall, here’s hoping that Nintendo decides to reissue harder-to-find figures rather than focusing solely on cards moving forward.

Use better communication and consistent information regarding dates

Right before wave three Smash Bros. amiibo were released, panic began to set in as the wave of figures was being released several per week over the course of different dates, depending on retailer, rather than having one consistent launch day across all stores for all 11 figures.  Some stores had street dates, while others put them on shelves the moment they arrived.  It was wildly inconsistent and made finding every figure a nightmare.  The worst part was that Nintendo gave fans no information other than a nebulous timeframe with which to call your local store every day.  Had Nintendo been more firm with its release dates, more fans could probably have planned to camp out in order to secure a figure (something that shouldn’t be necessary to begin with) rather than needing to be lucky enough to be at the right place at the right time.

Nintendo seems to have learned from their mistakes here as the launch of the Splatoon amiibo and next Smash Bros. amiibo now have firm May 29th launch dates, but the way that pre-orders were handled still leaves something to be desired.  Nintendo hadn’t provided solid details until last week’s Nintendo Direct, and yet many major retail outlets were taking pre-orders the very next day, with less than 24-hours’ notice.  Kudos to GameStop for being prepared in this case, as they informed their customers of the exact time that reserves would open, but this only caused mass hysteria as fans rushed to secure their pre-order, bottlenecking the retail giant’s servers and causing the whole system to crash.  Meanwhile, Toys ‘R’ Us, which is the only store to carry the Pokemon Greninja, opened pre-orders in the middle of the night without any advance warning, making it impossible for typical 9-5 adults to secure their figures.  The whole situation could go so much smoother if Nintendo would just provide solid information moving forward.

It’s one thing to not be able to find the figure you’re looking for, but it’s another to have it taunted in front of you by the manufacturer.  While Nintendo’s efforts to promote amiibo are meant as nothing more than advertising, lately Nintendo’s social media pages seem to remind fans of their inability to find them.  It’s not uncommon for Nintendo to post friendly questions on Twitter, asking fans which amiibo they hope to be gifted for Valentine’s Day or Easter, but when the picture they tweet depicts a figure that they know is nowhere to be found, fans are bound to interpret it as teasing.  At this point, Nintendo is well aware that fans are growing impatient.  There’s no need to make it worse.

Fun fact: This is literally the entire inventory that Nintendo produced for the next wave.

Limit one per customer

Back in February, I was one of over a dozen amiibo fans lined up outside (read: desperate adults in need of geeky toys) on the day that the Target-exclusive Rosalina figure released.  When I had finally reached the front of the register, I was taken aback by a sketchy customer at the register next to me trying to buy multiple figures of what he described as the “Frozen character”.  Maybe I’m overly suspicious at this point, but I’m doubtful that any Nintendo fan who is willing to wake up at 7am on a weekend morning for a collectable wouldn’t know the identity of what they were shopping for.  This person was clearly a scalper, and ruins the whole amiibo collecting effort for the rest of us.

Unfortunately, this is more in the hands of retailers than Nintendo, but if there were to be a limit of one or two of each figure per customer, it could go a long way towards spreading that inventory among those that actually care rather than people trying to make a quick buck.  There’s no way Nintendo could enforce this, but there’s no reason they can’t try harder to educate retailers about the limited supply and urge them to limit purchases.  Nintendo is probably well aware of the scalper problem; anything they can do to curb it would help.

Part of what made wave three’s large lineup so hard to collect was the fact that four of the figures were store exclusives.  Some figures are already difficult to find, but when a figure becomes limited to only a single store, slim chances become even slimmer.  Couple that with the fact that retailers have varying degrees of preparedness, including stories of pre-orders that were cancelled or even mistakenly sold to walk-in customers, and it’s hard for a collector to have any confidence in a store exclusive.

Fans were hopeful that Nintendo had learned their lesson after the severe rarity of previous store exclusives, but alas, a collective groan could be heard across America when Nintendo revealed that the upcoming Ness, Greninja and Jigglypuff would all be continuing the store exclusive trend.  It’s hard to imagine what Nintendo gets out of a deal like that; sure, the retailer drives customers to its stores in hopes of enticing them to buy other products, but with a product so limited, Nintendo already knows that they will sell through their entire allocation.  All this does is make it even harder for fans to acquire figures, especially when some retailers have a history of botching their launches.  It’s hard to imagine that any incentive Nintendo receives from retailers for store exclusives is worth the damage that is occurring to its fanbase.  Please, Nintendo, no more store exclusives moving forward!