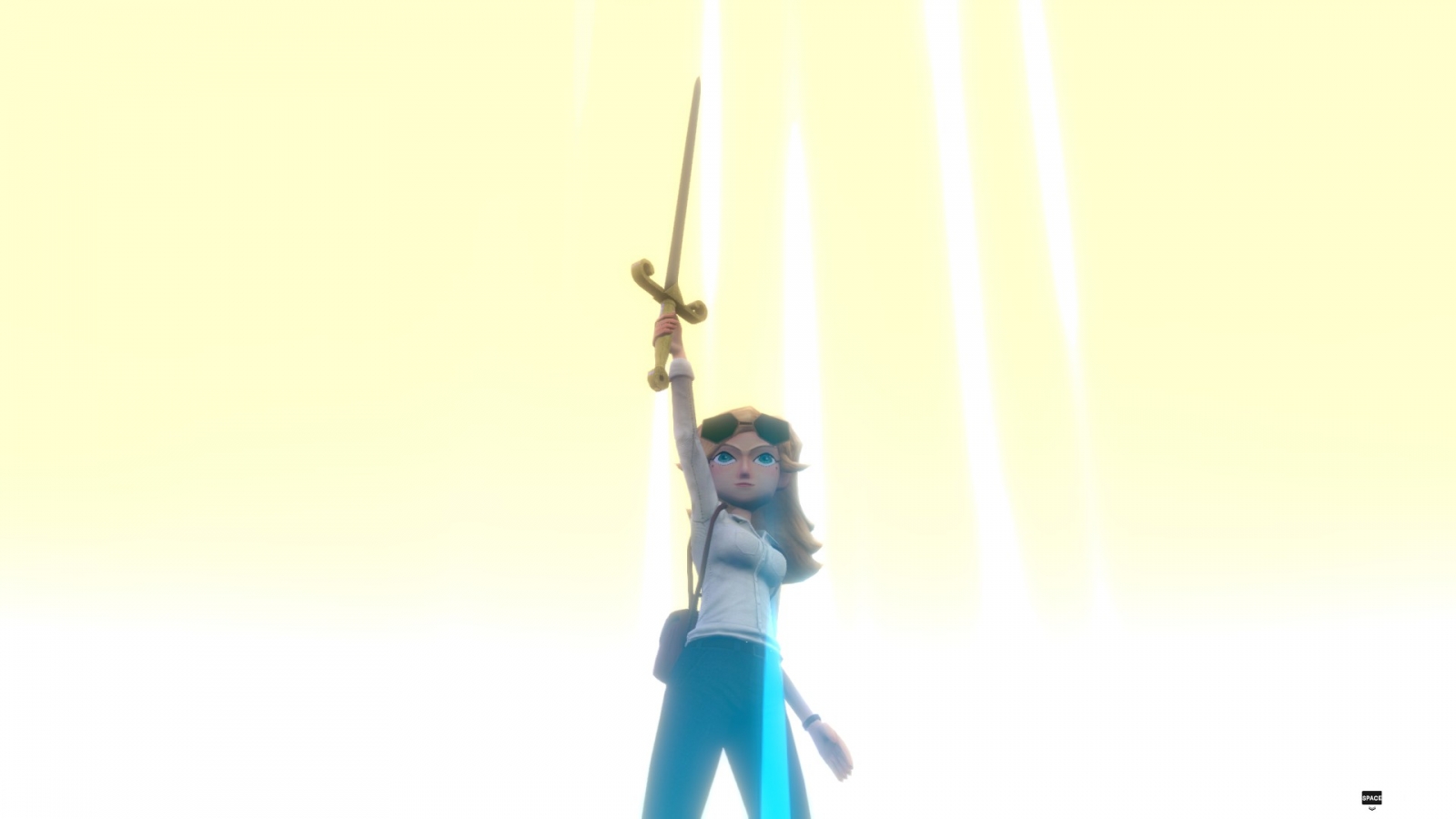 Naomi Hayward is €30,000,000 in debt. As a photojournalist for Morning Bell news, she’s been offered a gig to pay off her entire debt: uncover the secrets of Rainy Woods. Located in the English countryside, Rainy Woods is supposedly the “happiest town in the world”. No one knows why the town is so happy, so Naomi heads off from her cushy New York life to become a country bumpkin. Shortly after her arrival, she discovers that the townspeople turn into cats and dogs around the full moon. Naomi gains the same ability in her investigations, when suddenly one of the most prominent residents is murdered. Using her new animal transformations and photography skills, investigating this curious case might just lead her to the town’s dirtiest secrets.

The Good Life is another one of SWERY and White Owl’s “life simulators with a murder mystery” much like Deadly Premonition. While I decidedly did not like the recent Deadly Premonition 2, The Good Life is a much more cohesive adventure while cranking up the zaniness to 11 and actually running at a frame rate higher than 5. It still stumbles a bit, but overall the game is a far more enjoyable experience overall.

There are three things that hold the game together: photography, the dog abilities, and the cat abilities. While Naomi needs to pay off her debt, she also needs some cash for daily life, camera upgrades, or remodeling her new ramshackle home. Using the social media site Flamingo, she can upload photos to get likes which somehow translate to cash. For more substantial sums, you can complete quests for townspeople. They may ask you to take photos, but more often they’ll want certain materials that you can find lying on the ground, in the trash by searching as a dog, or on rooftops you can only reach as a cat. Dog form has a lot more uses by far, so while constantly changing forms to get around keeps things engaging, there could have been a bit more equilibrium.

The denizens that you’ll be interacting with in this “goddamn hellhole,” as Naomi calls it, has to be one of the strangest cast of characters SWERY has ever come up with. There’s a blind veteran whose mentor only communicates with musical notes, three children who are all eerily similar, the prerequisite creepy twins, a bad poet with a sister complex, a rancher with one very muscular arm, I could go on. Every single one of them also has a dog or cat form they turn into around the full moon, so it’s fun to see all the character designs to convey their personalities in both forms. The three routes the game has you go down each focus on a different set of characters to give some of them depth, so they’re not just weird for the sake of it. 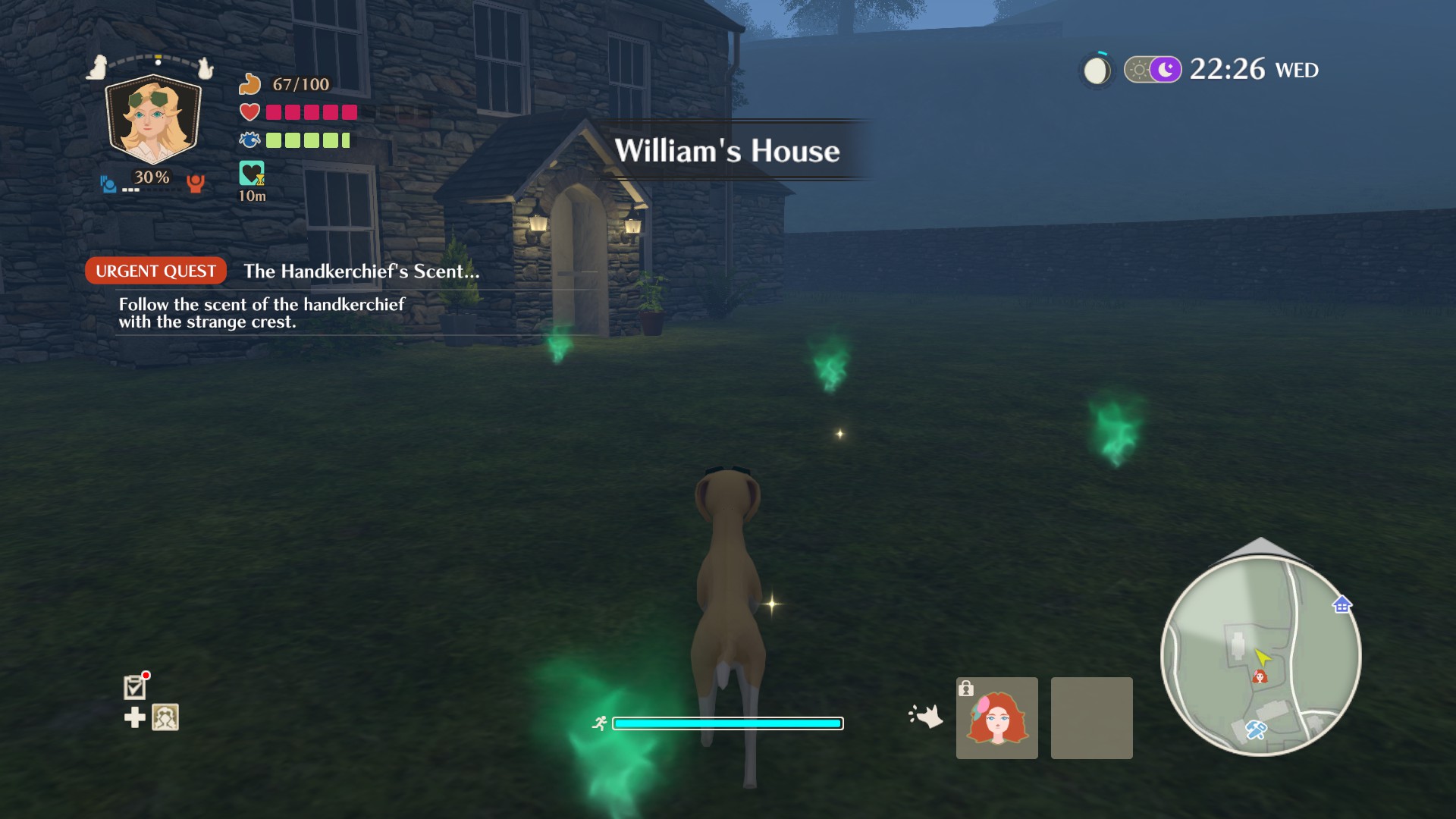 There’s a ton to do and see in Rainy Woods, but just focusing on the main quest will take you about 12 hours to reach the end. While a lot of objectives can feel pretty pointless or tedious (like having to wait over a week to complete an objective), the overall story really endears you to the town and especially Naomi as a character. She starts off as a selfish asshole and… well, by the end she’s still a selfish asshole but she gains a heart of gold that instantly makes her my 2nd favorite SWERY protagonist right behind J.J. Macfield. The Good Life is worth playing for Naomi alone.

Aside from the usual investigation work, The Good Life places a lot of focus on the life simulation aspect that Deadly Premonition used as more of a side thing. You have several meters to manage throughout each day, such as hunger, HP for things like combat (which is very rare), sleep, beauty, and stress. Hunger is pretty obvious: you get hungry, eat something at one of the local restaurants or try your hand at cooking using ingredients grown in your garden. Beauty and stress are a bit less obvious, especially since the game doesn’t give you a tutorial or anything on the latter. If you don’t take care of your personal hygiene, you’ll start to look like a trash person and people won’t want to talk to you or charge more for their goods. To mitigate this, you’ll want to at least take a shower every day and maybe do your makeup. I’m still not entirely sure how stress works, but if you’re too stressed out you can get sick and have to pay the veterinarian to fix you, so you’ll want to do something Naomi finds relaxing: namely getting drunk. On top of all that, doing certain things will move you closer to team dog or team cat, which also affects how some NPCs react to you and shop prices. It sounds like a lot to manage, but none of the meters have terribly huge effects on gameplay and as long as you take care of them every once in a while you’ll be fine. 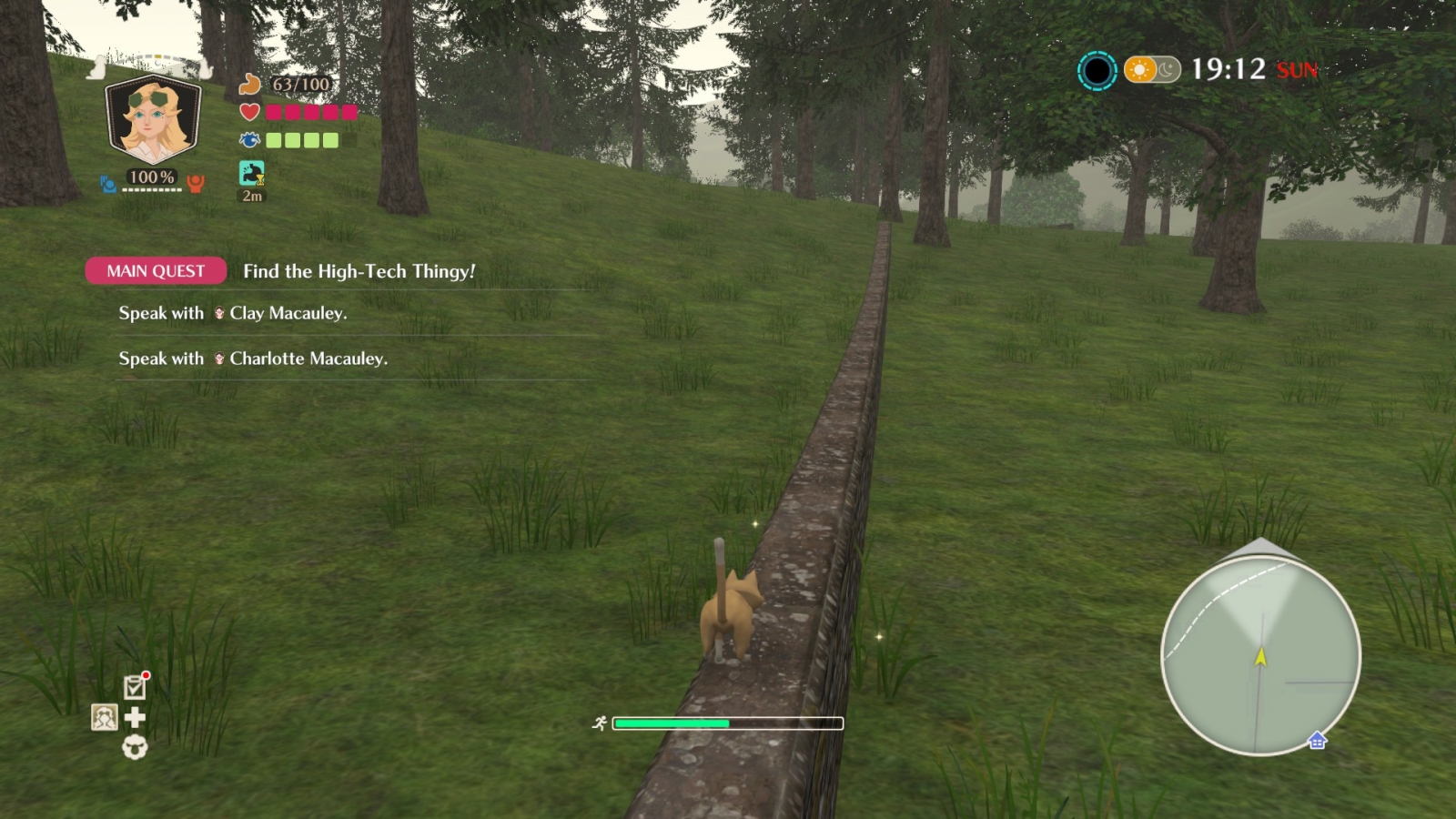 Lastly, let’s touch on the music and visuals. There’s a surprising variance in tunes with everything from folksy hoedowns to Lo-Fi hip-hop beats to turn into a cat and nap to. It’s all very good and I’ll probably add a few tracks to my listening rotation or even buy the full thing if it becomes available. Instead of a more realistic look, The Good Life presents a very angular, almost low-poly art style that’s absolutely fantastic. Unfortunately the pre-rendered cutscenes are super compressed and seem to have the lowest possible graphics settings, but in game it’s very nice to look at with a wide array of soft colors. While a few better settings like increasing the draw distance (or actually useful Keyboard and Mouse controls) would have been nice, the technical hiccups are more excusable in a game that looks and runs well.

While The Good Life still has some annoyances carried over from Deadly Premonition, it’s still a great time with some wacky characters. The transformations and photography are a lot of fun to mess around with, and the life simulation aspects compliment the more relaxed pace nicely.

David is the kind of person to wear his heart on his sleeve. He can find positives in anything, like this is a person who loved Star Fox Zero to death. You’ll see him playing all kinds of games: AAAs, Indies, game jam games, games of all genres, and writing about them! Here. On this website. When not writing or playing games, you can find David making music, games, or enjoying a good book. David’s favorite games include NieR: Automata, Mother 3, and Gravity Rush.
Related Articles: Indies, The Good Life
Share
Tweet
Share
Submit