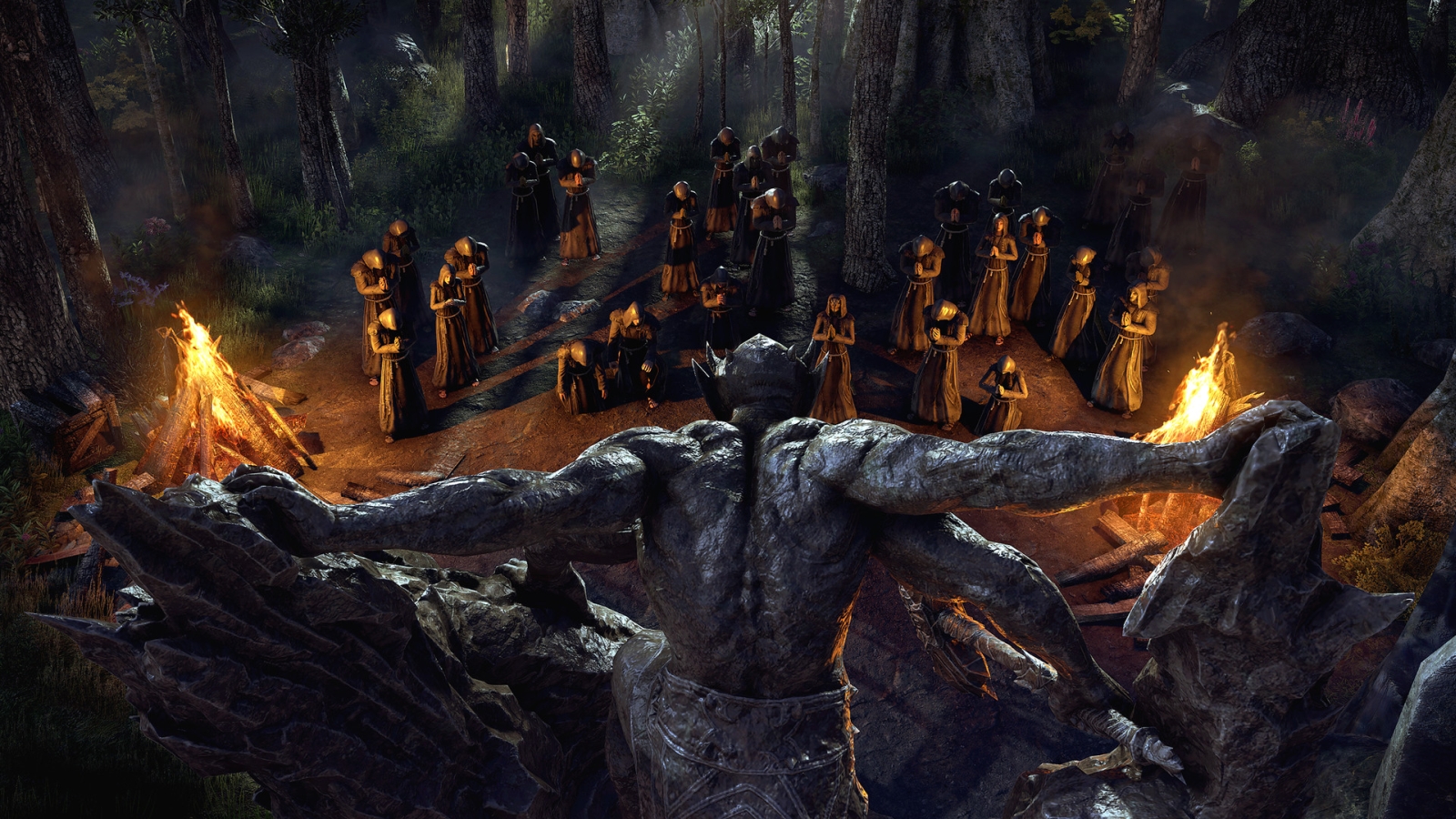 If there’s one thing I have learned about Tamriel over the decades, it’s that you’ll never have a shortage of murder-mysteries. The newest Chapter in The Elder Scrolls Online, Blackwood, is no exception. Blackwood launched on June 1st, and after a few hectic and busy weeks in my life, I finally had the chance to sit down and complete the entire main story.

Blackwood is a brand new zone that launched with the Chapter, located on the borders of Northern Elsweyr, Murkmire, and Shadowfen. Many of you will remember the city of Lewayiin from Oblivion, which is the main hub of Blackwood. Within Leyawiin you will find your crafting hubs, the bank, and all the usual shops you’d find in a main city in ESO. 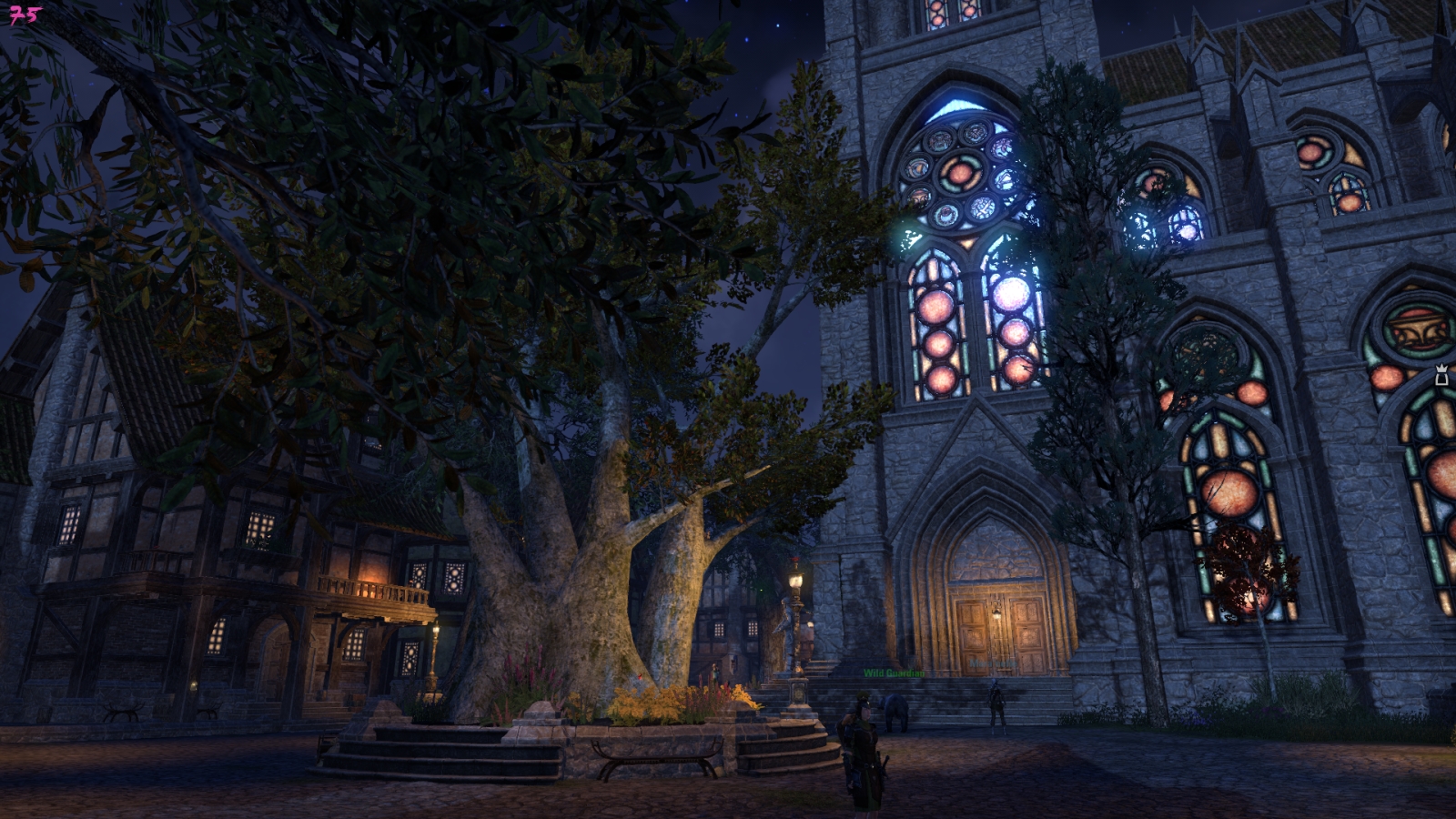 The main attraction with Blackwood is the introduction of Companions, who will fight by your side and help you along with your adventures. There are currently only two companions in the game right now, but the developers have not ruled out adding more. You obtain them by a short quest which you can complete in about twenty minutes, give or take. They each have their own skill lines and equipment, and are fully customizable. You can also equip them with any outfit you own, as well as any mount you own. You can take them into dungeons with you, but you cannot bring them into Trials or PvP. 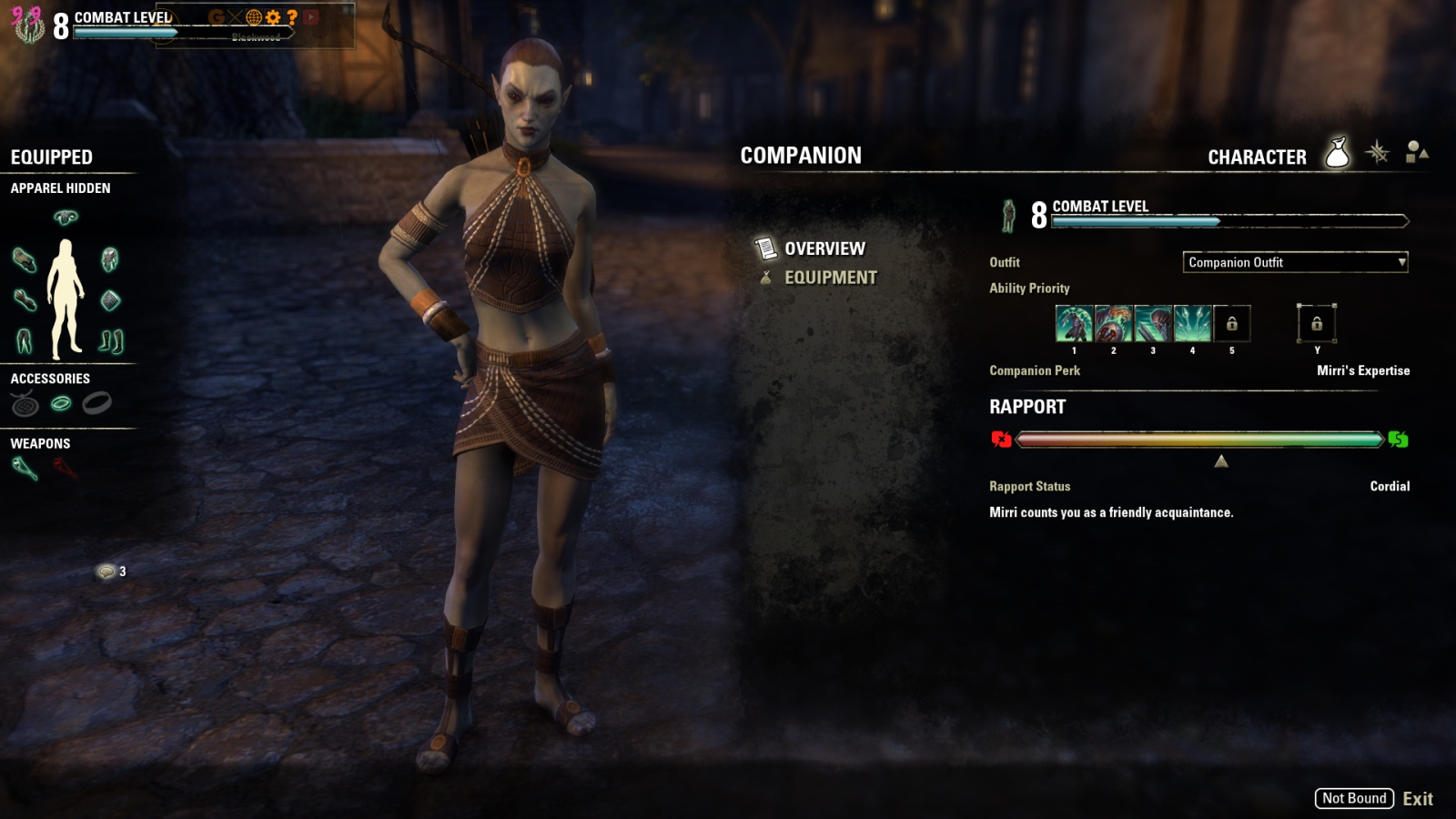 A brief look at the Companion user interface.

You will have a rapport with your companions, and as that grows, they will offer up quests at certain points of your friendship. They both like and dislike several things, for instance Mirri likes it when you read books, or scry. I found out that Bastian does not like when you murder people for Dark Brotherhood quests, and my rapport with him tanked significantly because I used the Blade of Woe right in front of him.

In my adventures, I found the companions to be mostly useful, though I did have some hiccups in dungeons with Mirri standing too far away from a boss, pulling aggro, and then resetting the boss. I also frequently end up talking to them instead of looting, as both of these options use the E button. I am easily able to duo normal dungeons with my friends who play ESO with our companions. All in all, I think they are a good addition to the game, and probably very useful to new players or lower level alts. 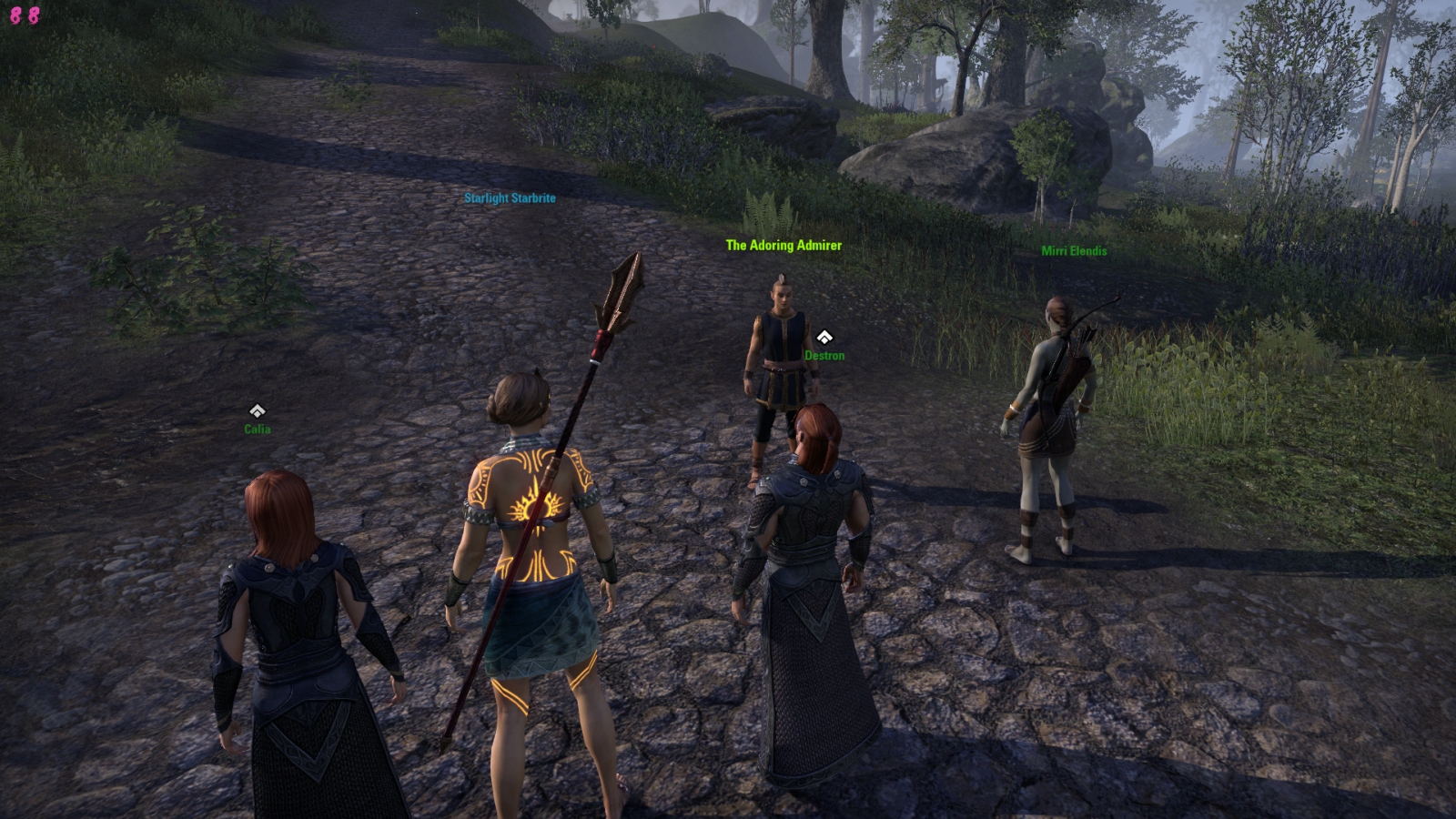 I ran across The Adoring Admirer, which is a nod to an NPC from Oblivion!

Questing through the zone you’ll see some familiar faces, including Lady Laurent and good ole Tibbons, as well as The Adoring Admirer which is a nod to the Adoring Fan from Oblivion. The landscape of Blackwood is quite beautiful, especially at night when fireflies gently dance around. You’ll encounter swamp areas as well as beautiful rolling hills with wildflowers. Plenty of Ayleid ruins mixed in with Argonian architecture, it’s a melting pot of cultures. Blackwood’s version of a dolmen group event are the new Oblivion portals that will randomly open on the map. Once you enter you’ll be guided along a path to a final boss encounter. 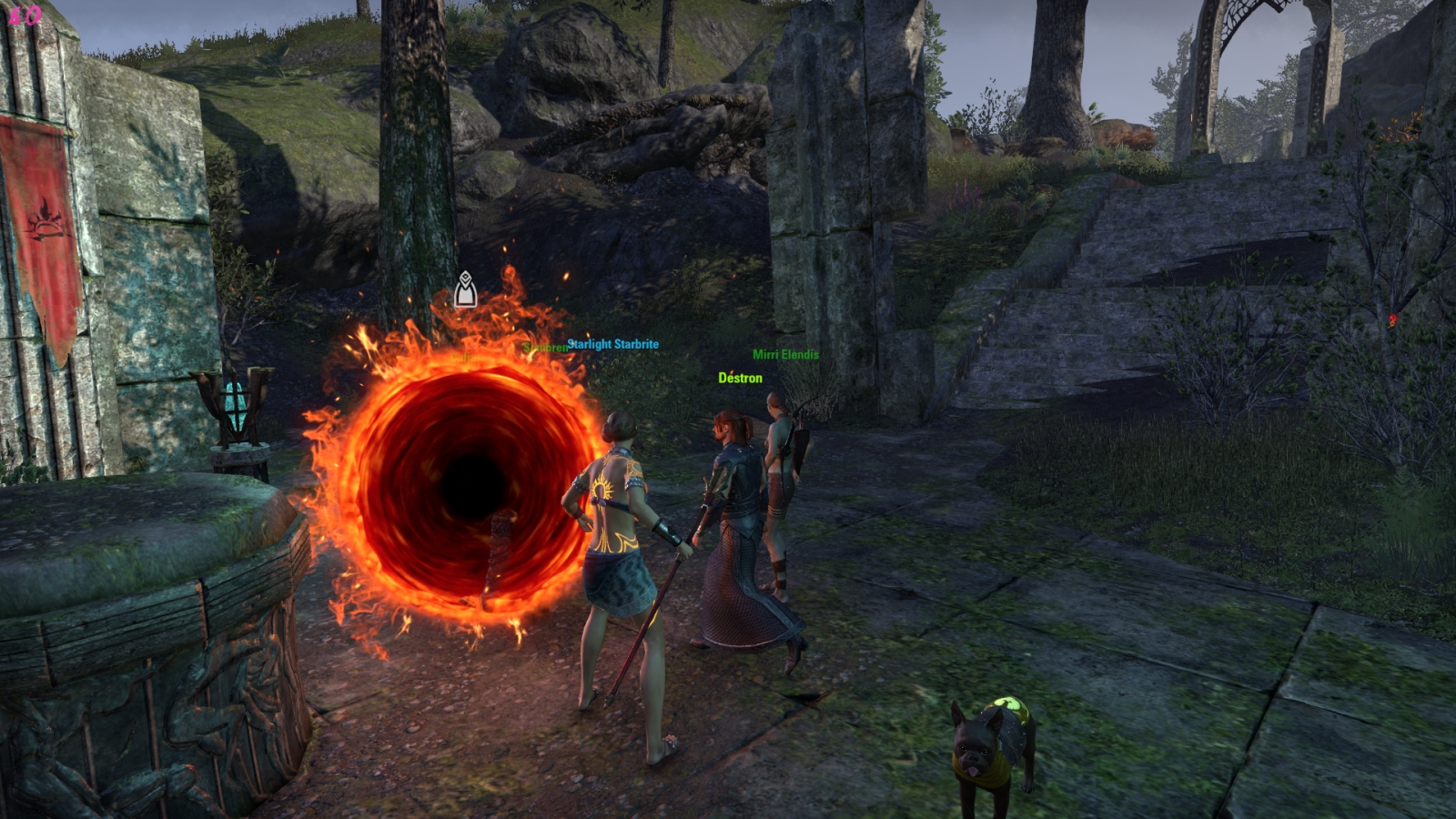 Watch for Oblivion portals that open randomly in Blackwood. You’ll get a group event once you enter!

Not too long ago I got to sit down with Brad Derrick, who is the lead audio director for ESO. I am a huge fan of the soundtracks in the game, and just might be his top fan. You can listen to the interview with Brad here, but I wanted to chime in on the music in Blackwood. It’s absolutely beautiful, and I’d expect nothing less from Brad. A huge part of immersion within a game is music, and ESO has always nailed this. I feel like this is something that usually isn’t talked about in reviews too often, and I always try to give a nod to a soundtrack when I am impressed. Brad is a top-notch composer and I feel his work is pivotal to making ESO such a wonderful experience.

As mentioned before, the main story has us neck deep in a murder mystery, and I’d expect nothing less from the ES franchise. There are so many murder mysteries in Tamriel, that we even have a version of Nancy Drew within the game in the form of Eveli Sharp-Arrow. Eveli first made her appearance in Orsinium, and I was quite excited to see her again in Blackwood. You team up with her once more in Blackwood to try to find out why certain high ranking members of a council are having issues. Long story short, without spoilers, Emperor Leovic hid four Ambitions, which are Daedric weapons, before Varen reached the Imperial City and killed him. Every bad guy in Tamriel wants to get their hands on evil stuff, and this Chapter is no different. 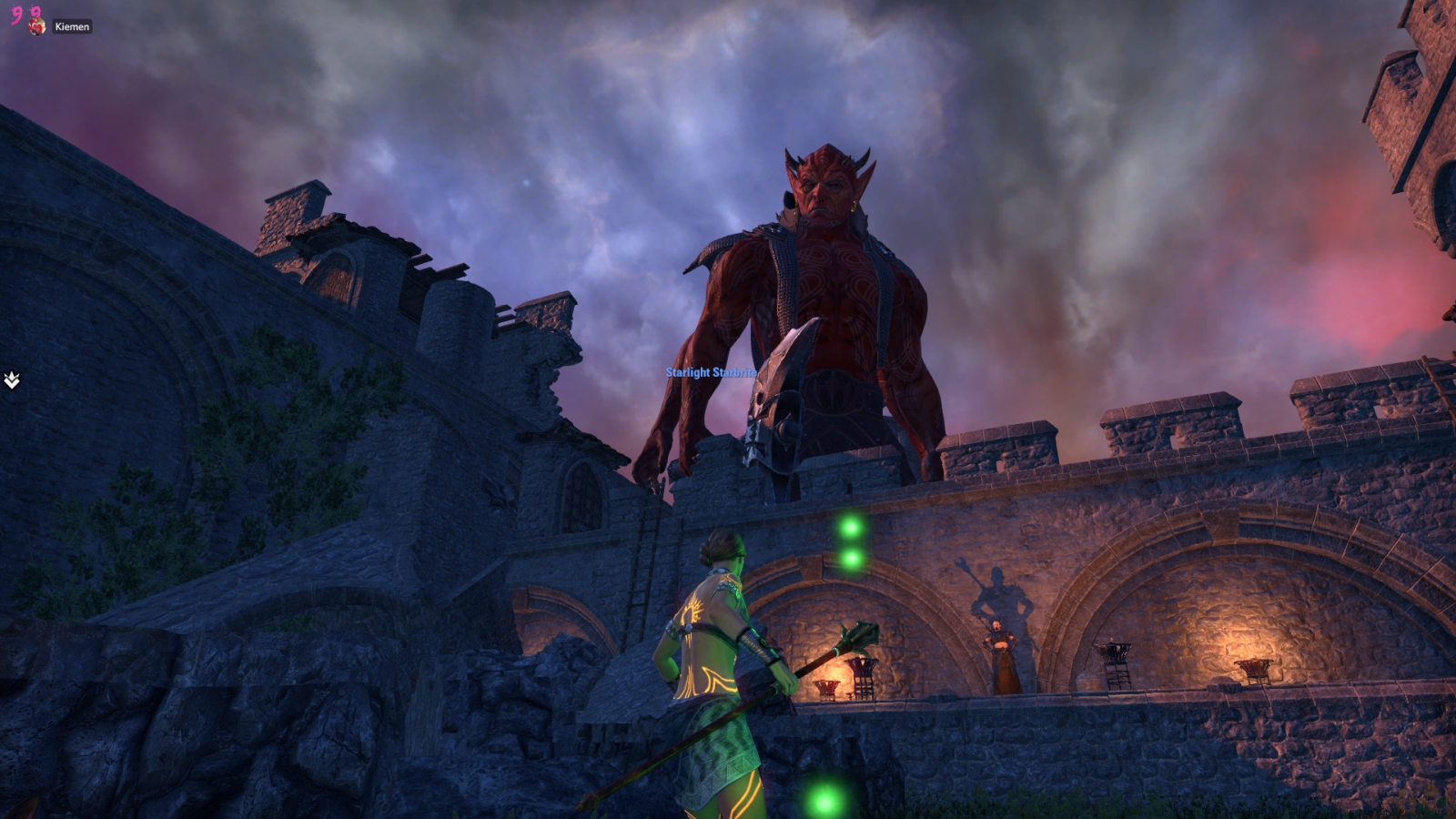 The man, the myth, the legend: Molag Bal.

You get two cosmetic head items, and a handful of other zone set pieces for completing what I hope is only the first 7 steps of the main story quest in Blackwood. I say that because the story ended rather abruptly with no real wrap-up. We’re kind of left hanging, and hope that we’ll get more to the story much like Elsweyr where they added in more content with a patch. If we don’t get that, then I really am not quite sure what to think of it. The final stand down with a certain NPC was quite epic, but still didn’t finish up the storyline. I humbly beg the devs to add more!

The Elder Scrolls Online Blackwood Chapter is currently starting at $39.99 USD for the base edition.

I am a huge fan of the entire Elder Scrolls franchise, and have played ESO since beta. My absolute favorite Chapter was Elsweyr and that will forever be a hard one to top, but Blackwood was quite enjoyable. The addition of Companions is fun for both new and veteran players, but I am kind of left feeling like this could have been a DLC rather than a full-blown Chapter. I had a good time questing through the area and completing the main story, and the throwbacks to Oblivion with the story and portals were very cool. I definitely hope to see more Companions added to the game, even if it’s through the Crown Store. My only request is to add on to the already amazing story that is being told!

Holly Hudspeth is a best-selling author living in Fort Worth, Texas. She has six published novels to date; The Skyy Huntington Series, which is an epic dark fantasy adventure, and One Small Detail, a stand-alone medieval fantasy. Holly also enjoys writing fan fiction based on her avatars from games such as EverQuest, Elder Scrolls Online, and World of Warcraft. Her first major purchase at the established age of nine was the NES, and she has been gaming ever since. She enjoys fantasy games, city builders, RPGs, MMOs, SMITE, and The Sims franchise. Most nights she is in SMITE with her husband and friends, or playing ESO. When she isn't gaming, she is probably either at Disney or planning her next trip there.
Related Articles: MMO, The Elder Scrolls Online: Blackwood
Share
Tweet
Share
Submit