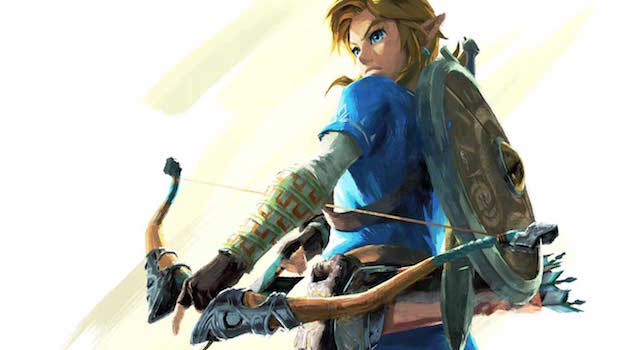 Not many games get a second chance at life like Odin Sphere. A PlayStation 2 role-playing game, released in the twilight years of the console’s lifetime, Odin Sphere was the topic of many whispers and rumblings, a banner-child for the cult-classics of games.

With a remake two entire console generations later, this newly subtitled Odin Sphere: Leifthrasir exists less as something fresh, and more as a time capsule, that perfect representation of an idea few experienced; and it is very worth experiencing.

The first thing you might notice about Leifthrasir is the storybook aesthetic, an appearance that still maintains an air of freshness today. Animations and drawings look painterly and emotive, yet stilted in the way a children’s book might depict. Odin Sphere does much with little in that respect, and it helps that years later, Atlus has dedicated the time and work to completely remake these picturesque scenes for high-definition output.

Special abilities can get a bit over-the-top, especially at the higher levels.

A game that was plagued by framerate issues and muddy appearances in its PS2 iteration, Odin Sphere: Leifthrasir runs a full 1080p60 on the PlayStation 4. It portrays beautiful locations from throughout the world of Erion, from the ruins of Valentine to the deep forest of Elrit and the Netherworld, in stunning detail.

The story of Odin Sphere matches this storybook aesthetic well, drawing on many influences from fairy tales and legends to craft a story about the end of the world. Told through the view of five different protagonists, each tale weaves in and out of each other in a way that makes you curious to see each chapter, to see locations and points in time and wonder what role your protagonist will play in the coming events.

Set amidst a war for control of a mystical cauldron of untold power, each protagonist offers a different outlook — some might seem unassuming or evil in one viewpoint, then sympathetic and endearing in another. I found myself most drawn to the story of Gwendolyn, a valkyrie of Ragnanival who seeks a glorious death in battle in order to finally earn her father’s love.

It’s in stories like Gwendolyn’s that I found surprising tinges of commentary, progressive story concepts that I did not expect from an RPG and certainly not one from 2007. Gwendolyn is a valkyrie, the solely female elite unit of Ragnanival’s forces, whose greatest punishment is not death, but to be retired and forced into a life of motherhood. Throughout her story, Gwendolyn seeks acceptance, a love that will give her death a meaning; gradually, it becomes not about finding a death worth dying for, but a life worth protecting.

Gwen’s story is tragic, but has a compelling arc.

This is not to say that Odin Sphere is a marvel of storytelling, but the tales of loss, redemption, and love were enough to make me reflect frequently, in a way unbecoming of a genre somewhat-infamous for stale repetition in story and mechanics. Through Gwendolyn, Cornelius, Mercedes, Oswald, and Velvet, I found overarching themes, compelling struggles, and characters as memorable as the RPGs I held aloft in my mind, rather than the ones I subject myself to looking for that kind of connection.

Combat feels the same air of life, as it takes more notes from side-scrolling brawlers and fighting games than traditional role-playing games. Navigation through the game’s worlds, broken up into story chapters and battle dungeons, takes place solely on a 2D plane. Battle is held the same way, as instead of inputting commands and taking turns, you leap through battle, striking at foes and unleashing special attacks.

It’s here that Odin Sphere feels new, where you can see how later games like the Tales series might have taken inspiration from this game, and why it was so inventive for the time. It’s also where the age starts to show, though, and an area where I wish more care had been taken to update the game a little.

Fighters like Cornelius tend to get into the thick of it, racking up combo meter.

Basic mechanics feel good, as you flow naturally through battles, ramping up your combo and mixing basic attacks with special attacks. Alchemy and crafting plays a key part in overcoming large foes, and managing your many resources becomes critical in later chapters, as fights become even more challenging. Plus, there’s a cook that just shows up when you ring a bell and makes you omelettes and churros. That’s excellent.

Characters have inventive systems all their own to differentiate their chapters and segments; the Fairy Queen Mercedes uses her POW meter as an ammo limit for her crossbow, and while she can take flight to rain down fire, she must land to reload. Oswald has a berserk meter all his own, able to succumb to the dark forces inside him for a brief spell to dash around the screen at incredible speed, annihilating everything in sight.

I loved the variety of characters and the flow of combat, but there’s some elements that create hitches in the system. Chief amongst them, blocking is handled by the attack button. To block an attack, you have to hold in the attack button, which leads to blocking feeling unnatural, and also slowing down the pace of combat significantly. Certain bosses create issues as well — while it’s never hard to find the “weak point,” and overcoming some of them after fighting them multiple times and learning their mechanics is a great feeling (looking at you, Airship), some of the end-game bosses have segments that seem nigh-impossible for certain protagonists to overcome.

Food serves a core role in progression, giving you extra health and experience.

The ending of Odin Sphere is something else entirely, an element I’d love to spend paragraphs discussing, and yet spending any time on it would spoil the excellent build-up to it. Suffice it to say, few stories manage to juggle so many protagonists and have all their storylines feel so sufficiently wrapped up. By the end, I was truly endeared to every character — Gwendolyn’s quest for meaning, Cornelius’ search for a cure to his Kafka-esque transformation, Mercedes’ struggle as a new leader, Oswald’s lack of love, and Velvet’s struggle to undo the sins of her father.

Leifthrasir breathes new life into all of these aspects, and while certain touches were spotty, I came away wondering how I ever missed Odin Sphere the first time around. It achieved cult-classic status for a good reason, and in a form that’s so easily and widely accessible, I’m happy that this story can continue to be told for a few generations to come.

Odin Sphere: Leifthrasir is the remake this story justly deserves, marred only by slight signs of age, and a time capsule that perfectly preserves the magic of Odin Sphere, for the many years it’s lost and the many years to come.