That scummy tenant is at it again! This time they have turned the very gods against you! Worse still, some of their garbage cannot be cleansed from the lands they blight. The scoundrels! And to top it all off, their behavior is evolving. Predicting their moves will prove much harder. Better get evictin’ before this gets out of hand…

At Gen Con this year, we got a chance to look at Restoration Games’ next expansion for Return to Dark Tower. The Covenant expansion adds four new heroes, eight monuments to eight grumpy gods, doom skulls, and much more! 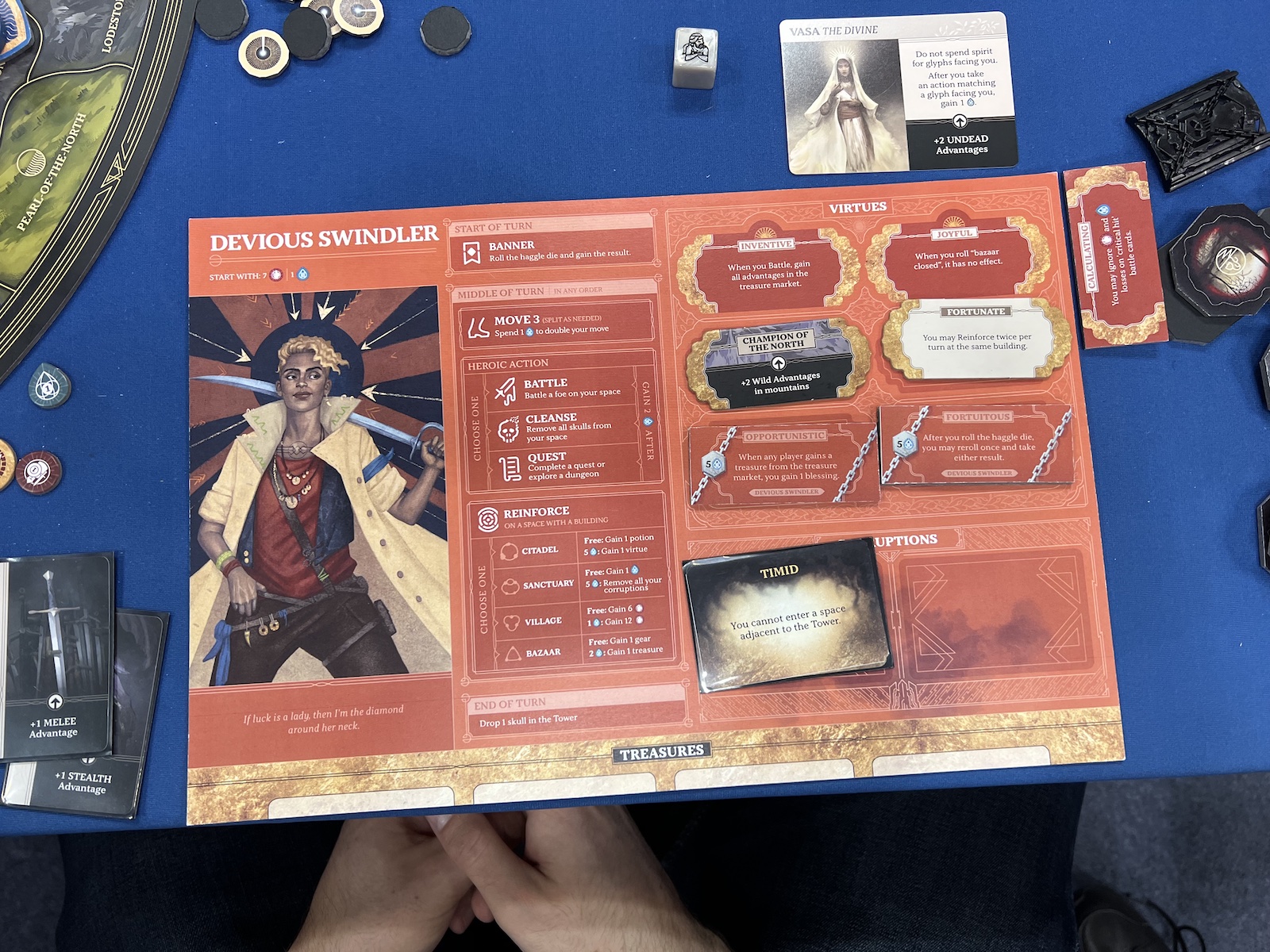 During our demo I got to play as the Devious Swindler who very much enjoys the company of lady luck. The Swindler rolls the haggle die as a banner action and can use advantages from treasures in the market. She also ignores the stubborn arms crossed man on the haggle die. Mike played as the Relentless Warden. The Warden uses their loyal bird friend to mark and hunt down prey. We also got a chance to look at the Reverent Astromancer and the Undaunted Aegis. The Astromancer learns and casts spells throughout the game, similar to a sorcerer or wizard from D&D. The Aegis is a weird one. She can hold three corruptions rather than two, and grows significantly more powerful with each corruption she holds. 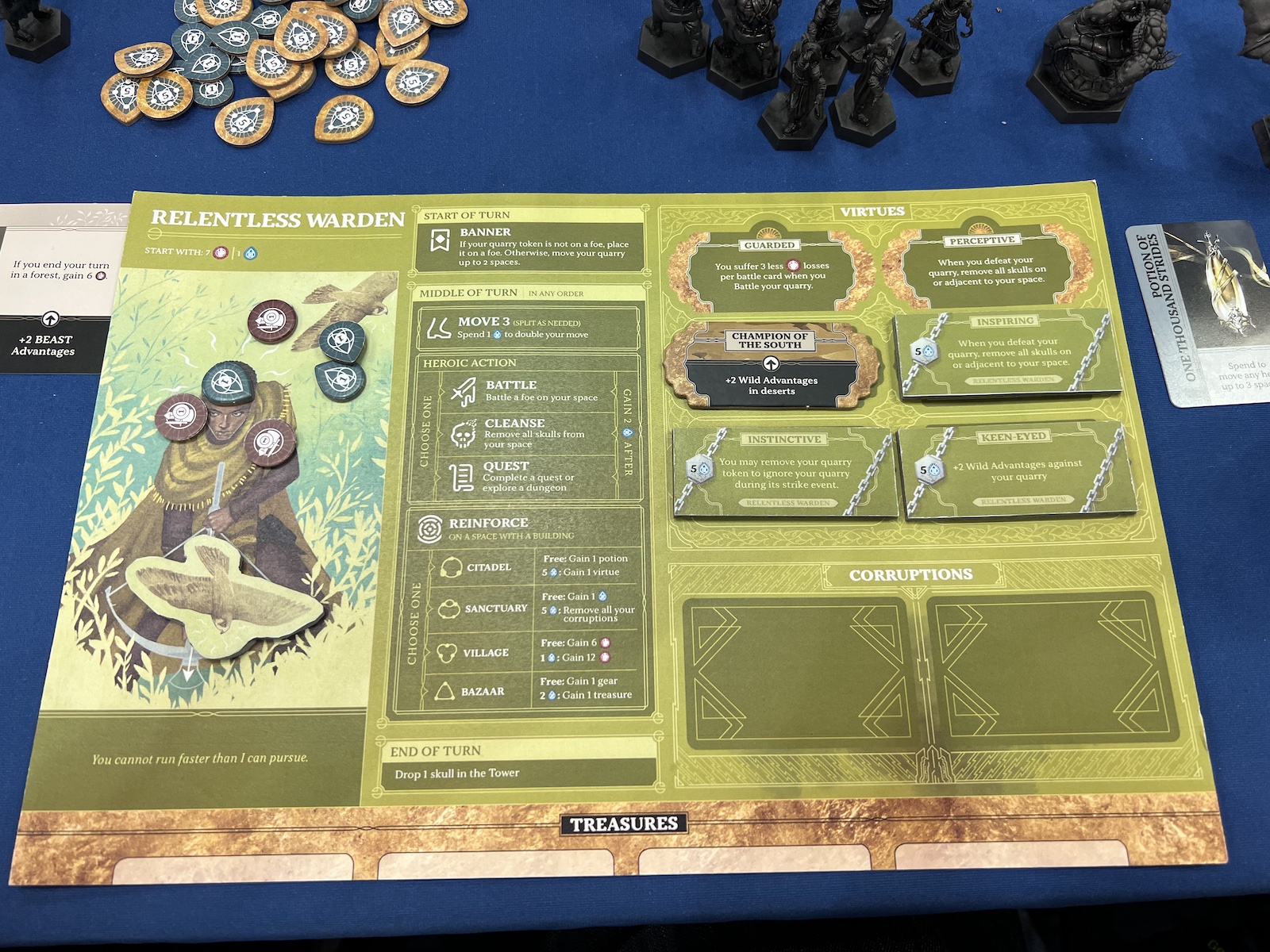 The other major additions of Covenant are the monuments. At the start of each game, each kingdom has one of its buildings replaced with a monument. At first, these monuments are destroyed and must be rebuilt, until then, the gods throw tantrums and wreak havoc around the board. Once the monuments are constructed, they can be used as the buildings they replaced but with better reinforce actions. 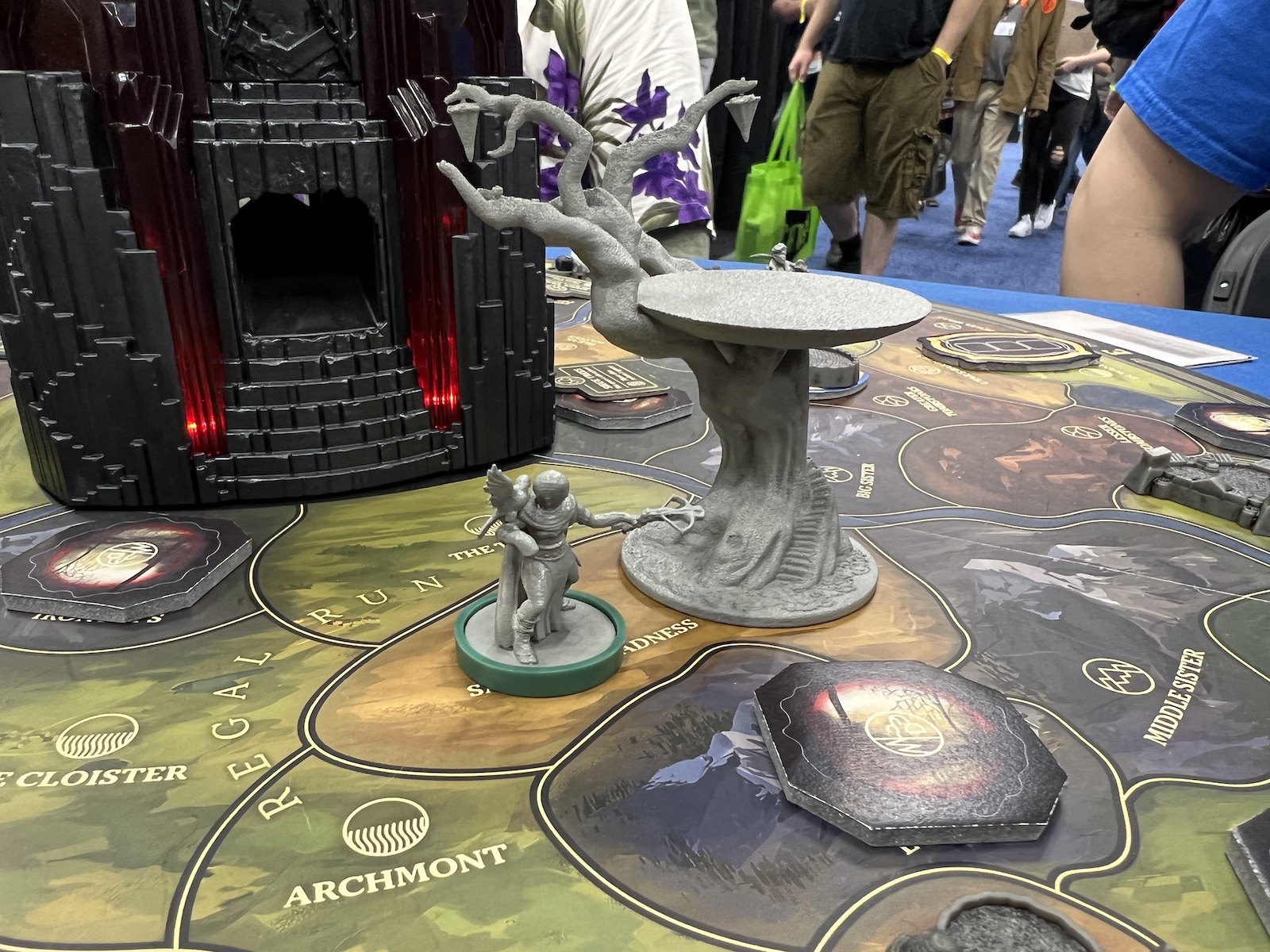 Covenant adds a bunch of smaller stuff too, including tweaks to the app, treasures, corruptions, and Doom Skulls. Doom Skulls are black skulls which can never be removed from the buildings they occupy. As for tweaks to the app, the Covenant expansion may change the behavior of adversaries or the goals of main quests to better fit the new additions. 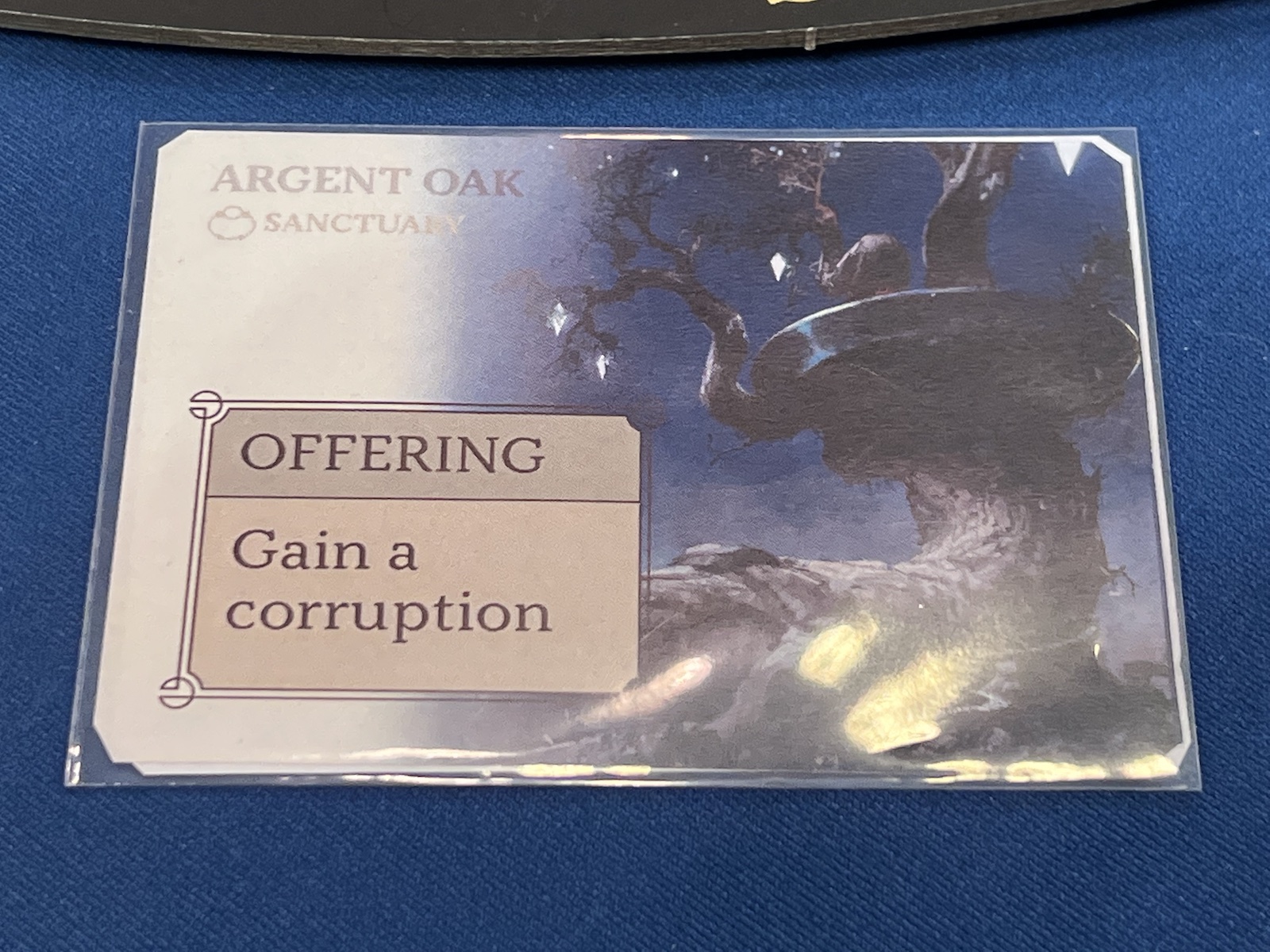 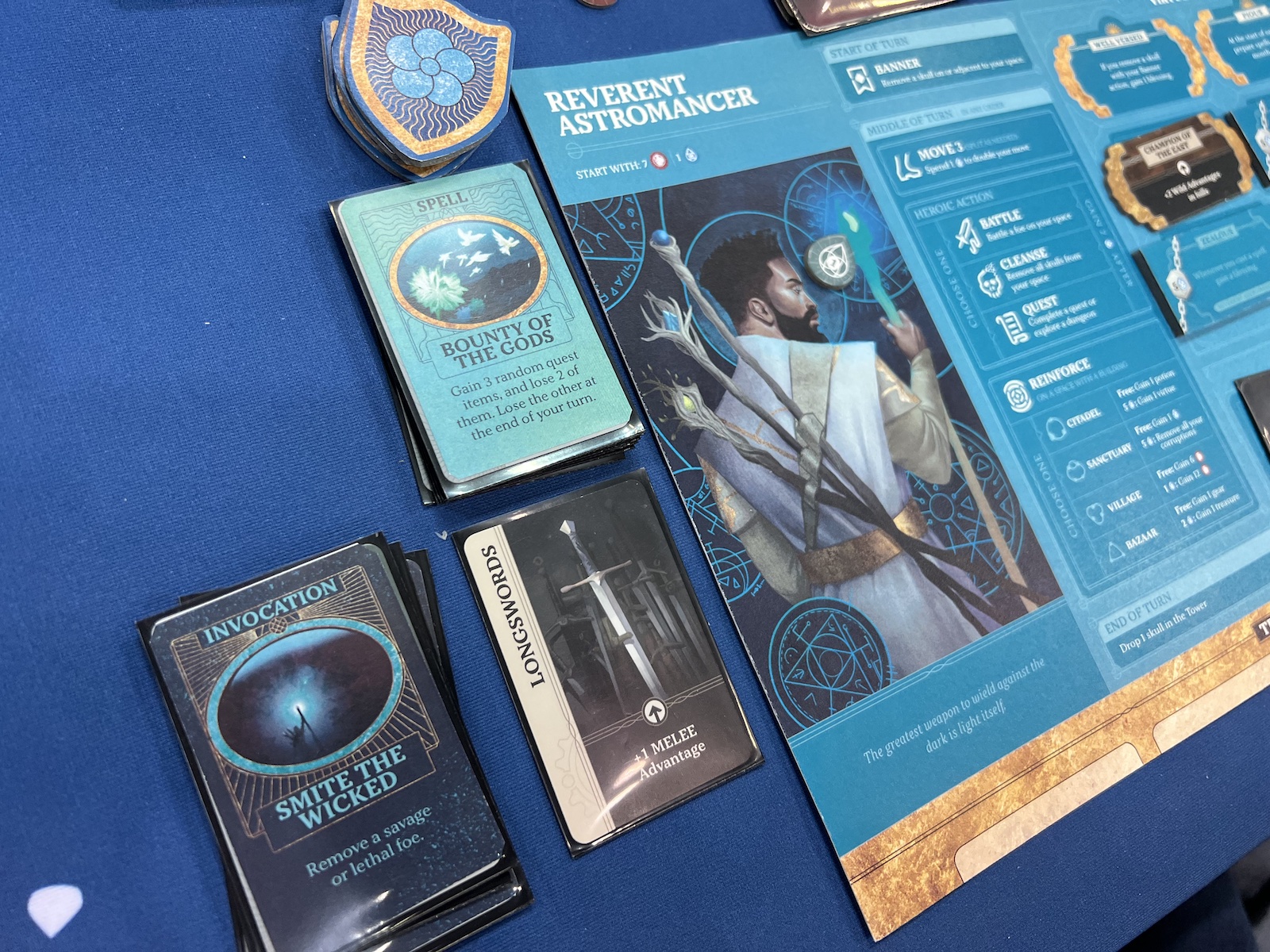 And that’s Covenant! Well… most of it, I don’t want to spoil it all! Covenant cannot be played alongside the Alliances expansion but any champion can be used for any game of Return to Dark Tower. The Covenant expansion is currently on backerkit (until August 16th), along with a chance to get in on all the previous RTDT goodies from the first kickstarter if you missed them the first time.