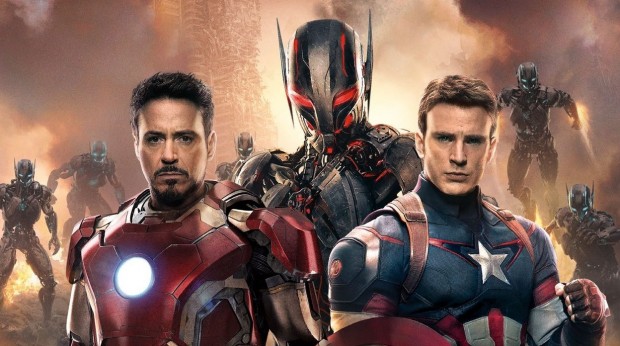 These days, it seems like Marvel Studios is unstoppable.  The movie studio that brought Iron Man, Captain America and The Avengers to the big screen continues to release one amazing film after another.  What’s even more incredible is that with each new film, Marvel not only makes a fortune, but continues to expand an ever-growing, cohesive universe.  The Avengers proved that if Marvel was willing to bide their time and plant seeds among their early offerings, in time something truly special would blossom.  As time went on, Marvel continued to produce even more content for its connected universe in the form of companion comics (such as The Avengers: Fury’s Big Week) and TV shows (such as Agents of S.H.I.E.L.D. and the upcoming Agent Carter).  With Marvel continuously expanding its reach in nearly every direction, there’s one area of omission that seems a little odd.  Marvel, why haven’t we seen a unified video game universe yet?

Now, Marvel is certainly no stranger to video games.  In fact, in the years since Marvel first launched its own movie studio with the first Iron Man film, there have been a variety of games catering to superhero enthusiasts.  The problem, though, is that very few of Marvel’s recent video game titles have felt like anything more than a quick cash-grab movie tie-in rather than the love letter to comics that fans dream of.  DC Comics and Rocksteady Studios, on the other hand, launched the wildly successful Batman: Arkham series, and not only raised the bar for comic book titles, but forever changed how gamers look at licensed titles as a whole.  Marvel may dominate at the box office, but it’s time we see them show the same devotion to their video games.

How could Marvel possibly create a unified video game universe, though?  Well, much like their films, it may be a good idea to start small.  Pick one of their more popular heroes and, just like they do with their films, meticulously find the right talent to produce their vision.  Once they have found a game that can stand on its own, created by a talented studio and capturing the right gameplay tone for their chosen hero, small seeds can be planted for future titles.  The Mass Effect series was one that managed to successfully build an expanding universe around choices that players made in their first adventure.  Why not follow the same model?  Each game in Marvel’s universe could involve choices that would have various consequences in other games.  Did the Hulk rattle a squadron of soldiers in his solo title?  Have that same group be wary of superhero assistance in Iron Man’s next game.  Did Spider-Man save a S.H.I.E.L.D. agent from certain danger?  Have that agent pop up in Captain America’s next adventure.  With examples like these, your story grows and your audience feels more invested.

When Marvel was first beginning to expand its cinematic universe, they used S.H.I.E.L.D. as a bridge between movies.  More specifically, the character of Agent Coulson made appearances in several of Marvel’s “Phase One” films to serve as a constant reminder that each chapter was only part of a greater story.  Marvel’s games could benefit from the same kind of character recognition.  Create a recurring character that could appear in each of Marvel’s games and weave a story thread across multiple titles.  Heck, even bring Coulson back (after all, actor Clark Gregg is certainly willing to reprise his character, having already done so in Lego Marvel Super Heroes).  The point is, the synergy that this would bring to a series of games could be magical.

If Marvel were to follow the guidelines discussed here though, what source material could they use to bring it to fruition?  There are several approaches that Marvel could take.  The most obvious choice is to simply have Marvel’s games become an extension to their cinematic universe.  Take all of the storylines of the movies into account and create side stories from that.  Hire the actors from the films to reprise their characters and make it seem like an authentic side story to the established universe.  The games could even focus on secondary characters so as not to step on the toes of the movies.  Where was Don Cheadle’s War Machine during the events of The Avengers?  Build a War Machine game that follows the character during that time period.  How about Hawkeye during the fall of S.H.I.E.L.D in Captain America: The Winter Soldier?  Create a game about Jeremy Renner’s archer taking down Hydra soldiers in style.  These games may not necessarily feature the A-list characters that Marvel’s films focus on, but if this summer’s Guardians of the Galaxy taught us anything, it’s that the company is able to create great storytelling out of even the most obscure characters.  With the right amount of care and attention, it could work.

If Marvel doesn’t want to build upon its film universe, it could always go straight to their origin: the comics themselves.  Marvel Comics has 75 years of history that a video game universe could be built out of.  Create original stories set within the less-grounded comic universe and continue to follow storylines from both the books and other games.  Activision’s Spider-Man: Web of Shadows is a great example of an original story set within the modern comic universe and featured elements that had only recently debuted in the books.  If Marvel could recreate the same storytelling elements seen here, while also laying groundwork towards future titles, they could be off to a great start.  They could even have their games tie-in to major event comics, such as Civil War or Age of Ultron.  Marvel dabbled in games tied to events during the 1990s with titles such as War of the Gems and Spider-Man: Maximum Carnage but hasn’t done anything nearly as ambitious in recent years.  There was Marvel Ultimate Alliance 2, in 2009, which featured story elements from both Secret War and Civil War, but the game released several years after the dust had settled and hype had died down on those stories.  Releasing games to coincide with modern event comics could bring in audiences to both mediums.

Games based on event comics are a thing of the past.

Of course, Marvel doesn’t necessarily even need to tie their game universe to anything at all.  While it may not be as fun as building upon an established set of stories, Marvel could always just opt to create a game universe from scratch.  Follow all of the same rules we listed before, but with the freedom to be a little more loose with particular story elements.  Without being restricted by stories that came before it, the House of Ideas would be free to slightly reimagine some stories to suit each game, while still focusing on what makes each hero great.  It may not be the most fun route to take, but it’d certainly be the least challenging overall.

This is not an endeavor that would come easily.  Marvel would certainly have their work cut out for them, especially in regards to licensing.  The games that have released over the past few years have come from a variety of different developers and publishers, each with their own licensing restrictions regarding character usage.  Sega was the publisher to release games based on each of Marvel’s pre-Avengers films, while Activision held the license to create games for Spider-Man, whether film or otherwise.  Meanwhile, Capcom was still free to create fighting games such as Marvel vs. Capcom, featuring whichever heroes they saw fit to use.

The whole scenario was confusing and would make creating a unified game universe very difficult.  Luckily though, things seem to have changed recently.  Marvel seems to be trying to bring their video game franchises back under their own roof, as many of Marvel’s games were discontinued and removed from digital marketplaces, such as Xbox Live and PlayStation Network, earlier this year.  Only two major console titles were released by Marvel this year, with Disney Infinity 2.0 published by Marvel’s parent company.  The other title, The Amazing Spider-Man 2, may have simply been too far along to cancel before Marvel’s license reacquisition, or still fell within the rights of Activision’s contract.  The licensing is still a little nebulous but it seems that there has at least been a shake-up when it comes to Marvel’s video game offerings.  There may yet be hope.

Marvel Studios shows no signs of losing momentum any time soon.  With 2-3 movies launching every year until at least 2019, there is plenty of big screen action for us to look forward to in the future.  The studio undoubtedly has a plethora of content from other mediums lined up as well, but their video game lineup seems to be shrouded in mystery.  While the possibility for increased video game attention seems greater now than ever, I sincerely hope that Marvel is wise enough to give their gaming efforts the amount of devotion that they deserve.  Releases great games, tie them together, and reap the rewards.  They’ve done it once, and my spider-sense tells me they can do it again.

Let’s see the video game equivalent of this iconic scene.