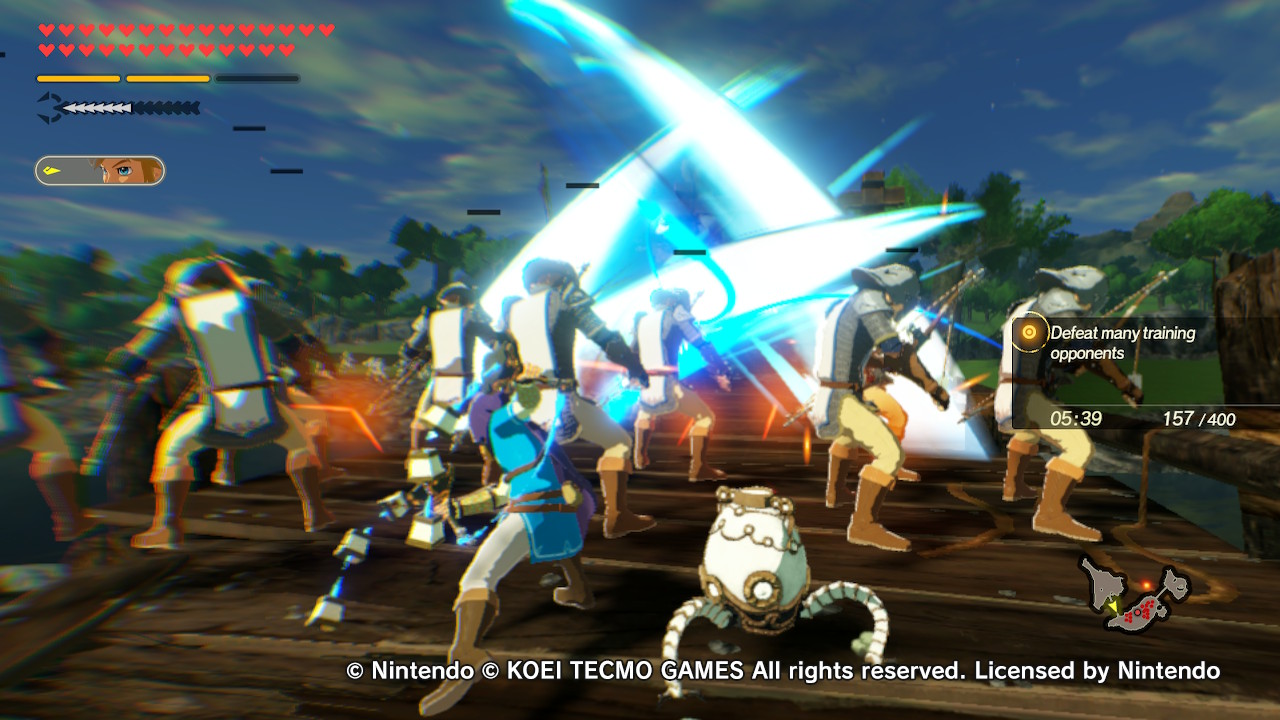 Hyrule Warriors: Age of Calamity was released late last year, and in my review I thought it was a fun companion piece to Breath of the Wild, if a little too grindy. The first of two waves of downloadable content is now available, adding new weapons for Link and Zelda, a playable guardian, new repeatable missions and hunts in the form of EX monsters, and a host of quality of life features that should make the road to full completion a little smoother. While we wait for the second wave coming in November to fully judge the expansion pass, let’s check out what’s here. This article and the accompanying videos will contain spoilers for unlockable weapons, costumes, and areas from the main game.

The focus of Pulse of the Ancients is a new checklist of objectives to accomplish in the EX Royal Ancient Lab (everything in the DLC is labeled with an EX). Located just to the left of Hyrule Castle, Purah and Robbie present you with a web of new quests that, upon completion, unlock new weapons, abilities, and the connected quest. Basically everything in the DLC revolves around this menu, don’t expect the game to hand you anything aside from the bonus outfit you get from purchasing the expansion. Some objectives are easy enough, like defeating a few extra strong monsters, while others will require a lot of, you guessed it, grinding for materials and drops. Thankfully, it comes with its own set of Sheikah Sensor slots so you’re not left guessing where to find what you need, but the things locked behind this section can be truly baffling. 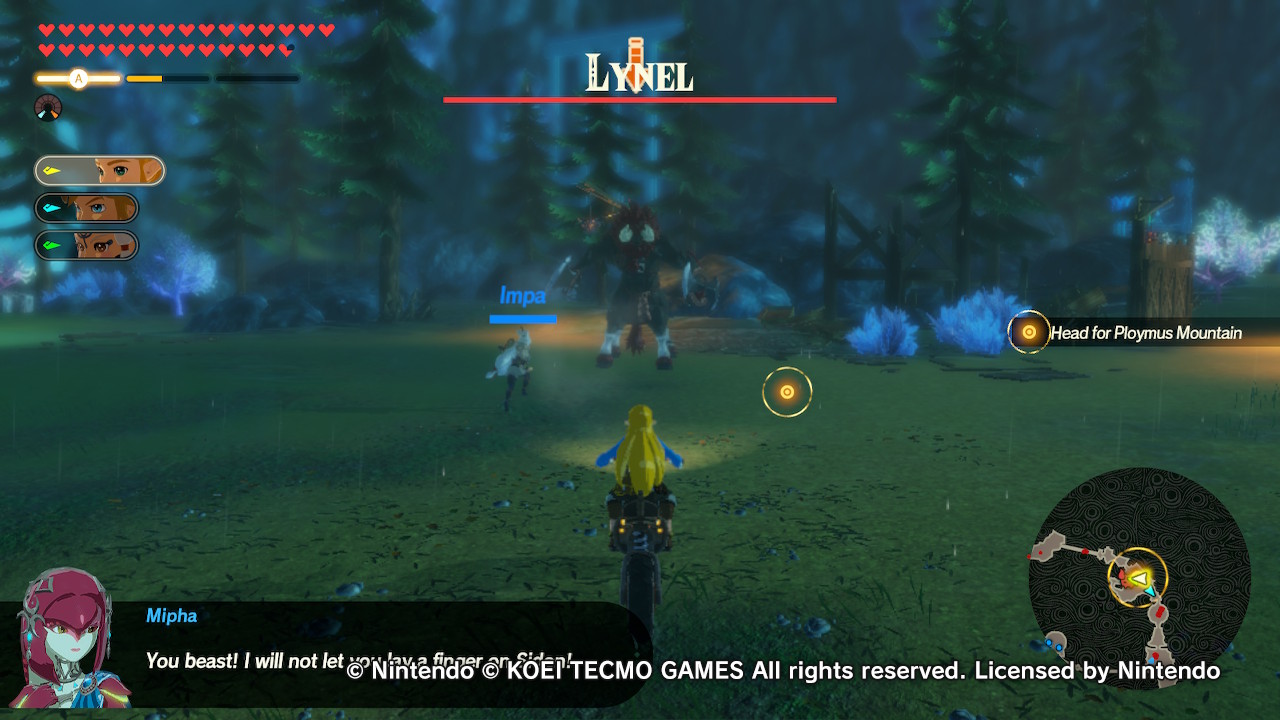 One of my biggest complaints about Age of Calamity was that you can’t easily find or purchase apples, the game’s healing item, even though some missions clearly expect you to have a full stock. Well, I’m happy to say you can now buy apples before each mission, but you have to unlock this feature in the upper half of the EX Royal Lab’s tree. It boggles the mind that such a crucial quality of life improvement has to be unlocked in a premium DLC, and each branch on the tree is hidden until you complete the preceding quests so many might not even know it’s there. Since most of the DLC missions expect you to be around level 50 to even 80, it’s likely new players will finish the main story before they unlock this. I don’t mind having to unlock new weapons and abilities this way, but quality of life features should have been simply included in a patch.

Speaking of weapons and abilities, you can gain some awesome new stuff in the Lab. You can power up the damage of all four Sheikah Slate abilities simply by defeating enemies with them, reduce the cost of leveling characters in the barracks, increase the amount of weapon storage, and much more. The real meat here are the new movesets for Link and Zelda and the crown jewel of the playable guardian. Link’s Flail is easiest to unlock, so let’s start there. The Flail is essentially all three of Link’s weapon types in one while also doing its own thing. With a wide reach, it excels at crowd control; unleashing rapid strikes that can destroy foes you didn’t even know were in range. However, it’s main gimmick is the ability to copy and use enemy weapons for a short time by pressing ZR, with a mechanic similar to Breath of the Wild’s durability. Copying a sword has an even wider horizontal strike as well as some aerial utility, while a spear will give you a piercing thrust and jumps similar to Final Fantasy’s Dragoon job. Greatswords are the least interesting of the bunch, having very limited range and not much power. When your copied weapon is almost broken, you can press ZR again to throw what the Flail is holding for a chunk of damage. It’s a very fun weapon that actually provides something the Master Sword doesn’t: variety.

Zelda is the only other character in the game who can use a variety of weapon types, and here you can unlock her third: the Master Cycle. While her Sheikah Slate is a jack of all trades and the Bow of Light is a single target focused attacker, this new weapon fit’s nicely among them with its crowd control. Just like the Flail, the Master Cycle has Zelda flying all over the battlefield destroying any small monsters in her path. Unlike its counterpart, however it also excels in single target attacks with a few of its combo finishers, but it won’t be as damaging as the Bow of Light. If you’re in a hurry, you can hold ZR while moving to put the bike in overdrive and damage enemies as you blaze past them. However, it’s weakness is, ironically, mobility; it controls like a motorcycle, so it has difficulty turning especially in cramped hallways. With its fast speed and overall hilarity of using a motorcycle as a weapon in a fantasy world, this is my favorite addition of the DLC.

Lastly, let’s talk about the elephant in the room: the Battle Tested Guardian. Much like an actual elephant, this thing is huge. It’s one of the biggest playable characters in the game, similar to the Great Fairies though a bit wider. I didn’t find playing such big characters that fun, as they feel weak and hard to move, and the same applies here. It’s certainly novel to be able to shoot the same lasers that tormented me in Breath of the Wild by holding ZR and using strong attacks, but that’s all the Guardian has going for it: novelty. You need a wide open space to really make use of its moveset, and the game is mostly made up of medium sized areas connected by small hallways. On top of that, its combos feel unwieldy and have surprisingly low range outside of laser blasts. The most interesting thing going for the Guardian is that using Cryonis will allow you to fly for a bit, but that’s it. 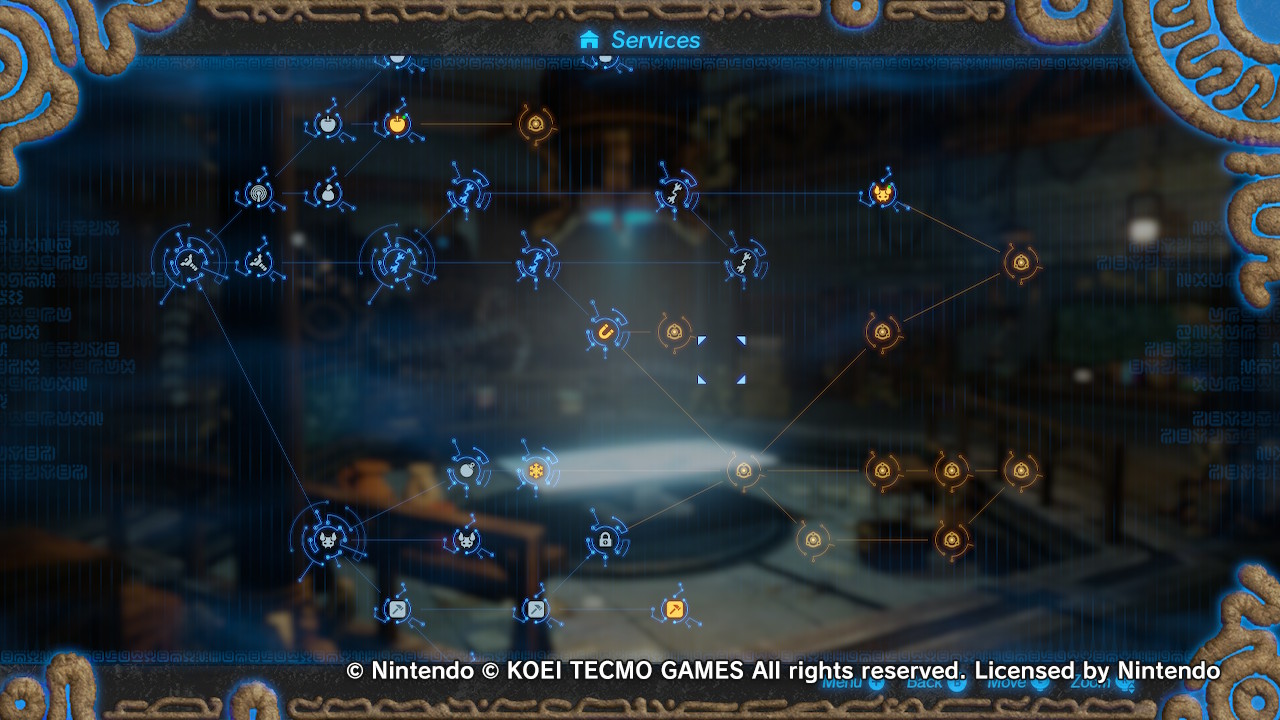 Overall, I think this DLC is targeting a very specific audience: players who already loved the grind. Having more endgame content is nice, but I don’t see this enticing those who stopped after the credits to come back. The new weapons are a ton of fun, save for the Battle Tested Guardian, but I’d say most should wait for the new story scenarios coming in wave 2.