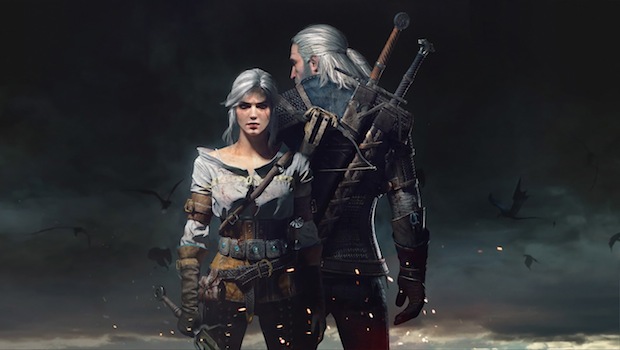 Today we’re closing off categories with our developer of the year, the best protagonist and antagonist, our favorite moment and the best narrative. Lead news editor Kenneth Shepard also shares his top 5 list, as well as lead editor Eric Van Allen.

With The Witcher 3: Wild Hunt, CD Projekt Red not only crafted an excellent title but provided some of the best post-launch content around. 16 pieces of content were rolled out, ranging from costumes and extra quests to an entire New Game + mode, all free of charge to anyone with a copy of Wild Hunt. Hearts of Stone, their first expansion, added significant legs to the game and an entirely new campaign, one that felt like fresh and new content rather than “deleted scenes.” Through commitment to their fans and creating an excellent title, CD Projekt Red was easily one of the best developers of the year. — Eric Van Allen

Best Narrative: Tales from the Borderlands

With Tales from the Borderlands, Telltale brought a sense of humanity to the world of Pandora. Rhys and Fiona’s adventure subverts much of the ruthless and violent mentality that Borderlands is known for in favor a story about camaraderie, one that is strengthened by superb comedic writing and a lovable cast. Tales from the Borderlands shows a side of several characters and factions that Gearbox never did in the original games, and it makes even the most diabolical of people sympathetic, and the most mechanical of them feel human. — Kenneth Shepard

Runner-ups: Rhys/Fiona (Tales from the Borderlands), Geralt of Rivia (The Witcher 3: Wild Hunt)

“Subtle.” “Nuanced.” “Complex.” These are three words that may not best describe Rico Rodriguez, main character of Just Cause 3. “Cool as shit,” on the other hand — those three may work.

Avalanche Studios doesn’t try to make Rico anything other than what he is: an action hero, hellbent on destruction and a firm believer of being “cleansed by fire.” Every explosion, every tether, and every kissed cow made Rico cooler. In a year populated by dense, heavy stories and characters, Rico’s lighthearted arrogance was a welcome change of pace.

Also, he surfed a missile. That shit’s cool as shit. — Blake Hester

The enigmatic man known only as “The Servant” spends much of his time in Danganronpa Another Episode lurking in the background. In the game’s early hours, he carries on the façade of acting as mere lackey for the Warriors of Hope who are terrorizing the citizens of Towa City, only for his true intentions to be made clear as Another Episode nears its final act, where he reveals that his plan has always been to undermine the Warriors of Hope’s operation from the inside. This is all in the name of the hope he believes in, even if it means dragging others into the pits of despair. The Servant’s role in Another Episode is one that brings clarity to one of Danganronpa’s most perplexing and multi-faceted characters, and solidifies him as a central mastermind behind this ongoing battle between hope and despair. — Kenneth Shepard

Best Moment: Gortys vs. the Traveler

Tales from the Borderlands is filled with a ton of action sequences more elaborate than most of Telltale’s offerings allow, but none is more of a rollicking good time than when Rhys, Loaderbot, and three Vault Hunters of your choosing are all loaded up into Gortys’ robot body to engage in some mech vs. Vault monster action. This larger-than-life battle is one that is defined by your choices, full of hilarious one-liners from characters you’ve grown to know and love, and stands as one of Tales from the Borderlands’ most memorable moments. — Kenneth Shepard