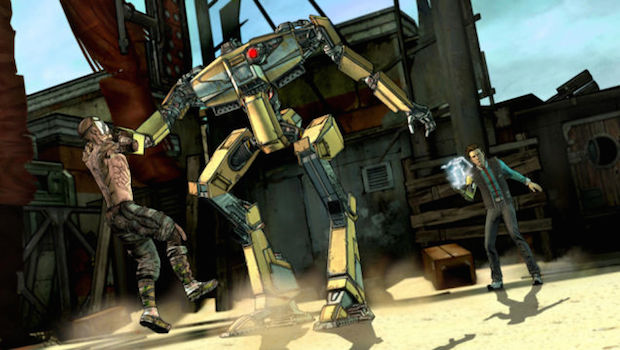 Today, we’re looking at the coolest tools, best new character, and biggest letdown. We’ll also have a Gaming Trend debut top 10 from Blake Hester, and Matt Welsh will weigh in on his favorites of the year.

What’s better than flying around in a wingsuit and blowing things up? Nothing! Just Cause 3 was by far the most badass game of 2015, and the unique tools at your disposal could largely take credit in that regard. The tether allows for some crazy scenarios, like attaching a floating helicopter to a moving train, or doing a flying kick to an enemy’s face from 100 yards away. The wingsuit made travel an absolute joy, by rejecting what many open-world games are forced to embrace: touching the ground…ever. — Travis Northup

Many games this year sought to discuss and open up the conversation on difficult topics, whether it be the nature of auteurs in games or bullying and depression. Read Only Memories tackles issues like identity, rights, and acceptance of LGBTQ people in a way that feels natural within a futuristic cyberpunk setting. As you have to answer questions about whether people spliced with animal DNA and sentient artificial intelligence deserves the same rights as humans, it puts a clearer lens up to modern issues in a poignant manner. — Eric Van Allen

Few people would argue with Mario having some of the best music of all time, that alone helps set a wonderful and joyous atmosphere in Super Mario Maker. But apart from the memorable tunes found throughout the storied franchise, there are brand new pieces of music all composed by storied artist Koji Kondo. Kondo has made the music feel unique to Mario Maker, a seemingly impossible task. Of course, I would be remiss to not mention the absolutely perfect (a word I reserve for Mario-related items) menu music. Doo-doo-doodoodoo. — Jay Malone

Oh, Loader Bot. From humble beginnings you rose, from one of the many mindless robots of Hyperion to one of the most important and memorable characters in Telltales’ take on the Borderlands franchise. A dry sense of wit and humor, perfect delivery, and a neverending devotion to Rhys, Vaughan and the rest of its friends, Loader Bot showed that you don’t have to be human to have a good heart. Also, its featured moments in the series finale are just incredible. If Loader Bot isn’t a recurring character in the Borderlands universe, it will be a crime against Pandora. — Eric Van Allen

There are bound to be letdowns on any given year of gaming, but it’s not very often that a triple-A first party title misses the mark so completely as The Order: 1886 did. For me, this was supposed to be Sony’s first massively successful first party game on the PS4, but once the credits rolled after 5 hours of boring gunplay, and a forgettable story, I found myself completely disappointed. Potential is there, but as a first effort, The Order: 1886 sorely missed the mark.