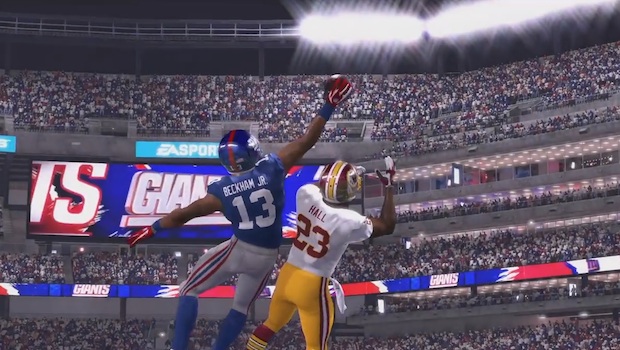 Today, we’ll take a look at the best supporting character of the year, the best new gameplay mechanic, and talking about our feelings. Travis Northup also shares his top ten games of the year, an objectively correct aggregation of 2015’s best.

2016 was a great year for sports games. We had NBA 2K16, which continued to refine its already superb mechanics, as well as NHL 16 that saw a waning franchise revitalize itself after a poor previous iteration. That being said, Madden NFL 16 was easily the best sports game released in 2015. Not only did EA Tiburon make the gameplay more accessible, but they introduced a brand new mode that works extremely well. The new mode being Draft Champions, which sees the player forming a roster out of random cards and going head-to-head with other custom built teams. In the past few years, the Madden franchise has revitalized itself from just another annualized franchise to one of the absolute best sports series’s around. Madden NFL 16 just keeps that trend rolling forward. — Jay Malone

Synths get an understandably bad rep, but when it comes to Nick Valentine, there’s more than meets the eye. His current incarnation carries the memories of his previous self, displaying his rich backstory and making him a complex character. However, he tries to do his best with the cards he’s been dealt, navigating a confusing world that’s gone through 200 years of changes, earning begrudging admiration from the locals, and working to solve a crime from his past life. — Sarah Marchant

In creating this new category, we wanted to recognize games that made great strides to cultivate a community and platform long after their release, and Hearthstone fits that bill perfectly. The changes made throughout the last year to the Warcraft-themed card game have been incredible, from adding solo Adventures with unique PvE mechanics to the new Tavern Brawls, which opened up a variety of new and interesting challenges for Hearthstone players. It remains free, and it’s still easy to never spend a dime on the game yet still compete at the highest levels. Add in excellent mobile and tablet support and an already solid gameplay foundation, and Hearthstone isn’t just the clear winner for this year, it’s a strong contender for next year at this rate. — Eric Van Allen

The concept of sculpting and reconstructing a cluster of fungi, instead of simply using the arrow keys, is incredibly unique. I don’t believe I’ve ever seen anything like it. It also provides for interesting obstacles and puzzles to conquer. — Sarah Marchant

Many remasters offer interesting and enticing qualities to lure back players for a second plunge, but few offer what Homeworld Remastered can. A title lost to an era of physical goods and shortages, Homeworld Remastered made this spacefaring search for a new home available on digital platforms for the first time ever, and with a host of upgrades allowing for anything up to 4K support and mod availability. It’s something special when such an excellent title gets a chance to shine again, and now, Homeworld is preserved digitally for years to come, and in the best form it’s ever been in. — Eric Van Allen

Most Emotional Moment: The rooftop scene (Life is Strange)

Runner-ups: Opening sequence (Ori and the Blind Forest), the end of Handsome Jack (Tales from the Borderlands)

I let a teenage girl die. I didn’t mean to, I swear. I did my best to coerce Kate Marsh down from the ledge, to convince her that life was worth it, that the bullying would one day end. But, alas, she made her decision and I was forced to watch.

What made this particular scene from the second episode of Life Is Strange so powerful was its definite finality in a game built around rewinding and rewriting time. Up until that point, the game often encouraged me to press backspace to fix my mistakes, but when Kate left, she was gone and there was nothing I could do. Knowing that there’s an alternate outcome, a way to save Kate, made me feel guilty, as if it was entirely my fault. It was a scene that bothered me and stayed with me more so than many others this year.

Life Is Strange’s greatest strength may have been the way it painted each character as an individual, unique in his or her own ways. Watching one of them take their own life the way Kate Marsh did, and the effect it had on the player, established early on that Life Is Strange would be a powerful, potent series. — Blake Hester