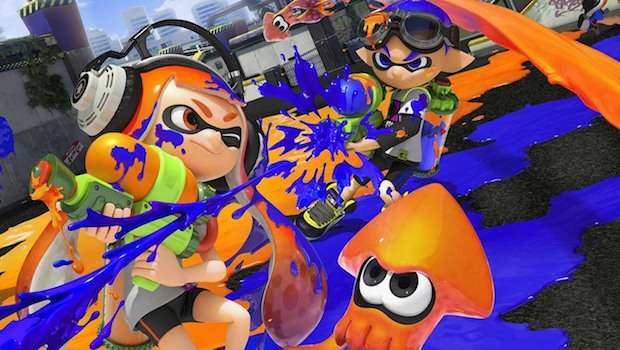 It isn’t often we think of platformers as being gorgeous.It came as a bit of a surprise then that Ori and the Blind Forest managed to win our hearts with the simply fantastic level of detail and art used to portray one of the best games of 2015.

From indie developer Moon Studios, the sweeping scores and emotional impact delivered both audibly and visually. It is simply a treat to behold, and the fluid living world will compel you to continue playing it, even past the most challenging areas. — Justin Pauls

As a person that has never found himself infatuated with a music game, I was shocked when I became hooked on Guitar Hero Live. I prowled my mind multiple times over trying to figure out why I enjoyed it, but the reason came out to be very simple: the guitar. Activision and FreeStyleGames finally crafted an instrument that replicated the joy of playing a real guitar. Their new six button system, with each fret containing two buttons, gives you the actual feeling of sliding between strings. On top of that, the bar cords actually feel like the real pains in the ass that they are. While Guitar Hero Live is not trying to teach you to play guitar, it does provide one of the most enjoyable experiences around. — Jay Malone

As an annual franchise, alternating between the open-world Horizons and sim-heavy Motorsport brand, Forza is a game we expect to see. While the last version had a number of limitations, Forza Motorsport 6 has done almost everything right. With 26 tracks including some night and rain enabled racing in up to 24 car races that boast a staggering 460 cars, the fact that the game plays so well and maintains a ridiculous amount of detail pulls this game ahead of the competition.

New game modes, such as the Stories of Motorsport, help put you behind the wheel of a compelling single-player game along with the over-the-top racing challenges found in Showcase events. Multiplayer has also been beefed up with new League mode, where your racing is uninterrupted by players thinking to play smash-up derby. — Justin Pauls

Runner-ups: Lifeline, You Must Build a Boat

Lara Croft GO is the mobile equivalent of bottling lightning twice. The prior entry in the GO series, Hitman GO, was a good game, but Lara Croft GO is one of the most compelling puzzle experiences available on phones. It takes the Tomb Raider theme and applies it to a simple, yet beautifully designed concept turn-based concept. Reminiscent of old logic puzzles like Theseus and the Minotaur, Lara Croft GO elegantly teaches you the basics without any text boxes or windows, and lets you get fully lost in the wonderful art and world. With a recently released free map pack that expands Lara’s adventures further, this is one title that will gleefully fill your business meetings or school lectures for months to come. — Eric Van Allen

In a year dominated with large, heavy budget releases like Halo 5 and Call of Duty Black Ops 3, one small game consistently remained on our television screen. Who knew that it would be the combination of soccer and cars that would drive us all together for a five minute, tension-fueled session. Multiplayer has been evolving tremendously over the years, and Rocket League does just that throughout every match. It’s sporadic, nerve-wracking, and an all around great time. — Jay Malone

Though Splatoon was created to be kid-friendly, there’s something about it that almost anyone will enjoy. Rather than working with bullets, your gun is filled with paint. It’s a whimsical step away from the norm, as well as an innovative gameplay mechanic. The concept of area control by paint coverage really gets the whole team involved, instead of a capture the flag or checkpoint model. — Sarah Marchant