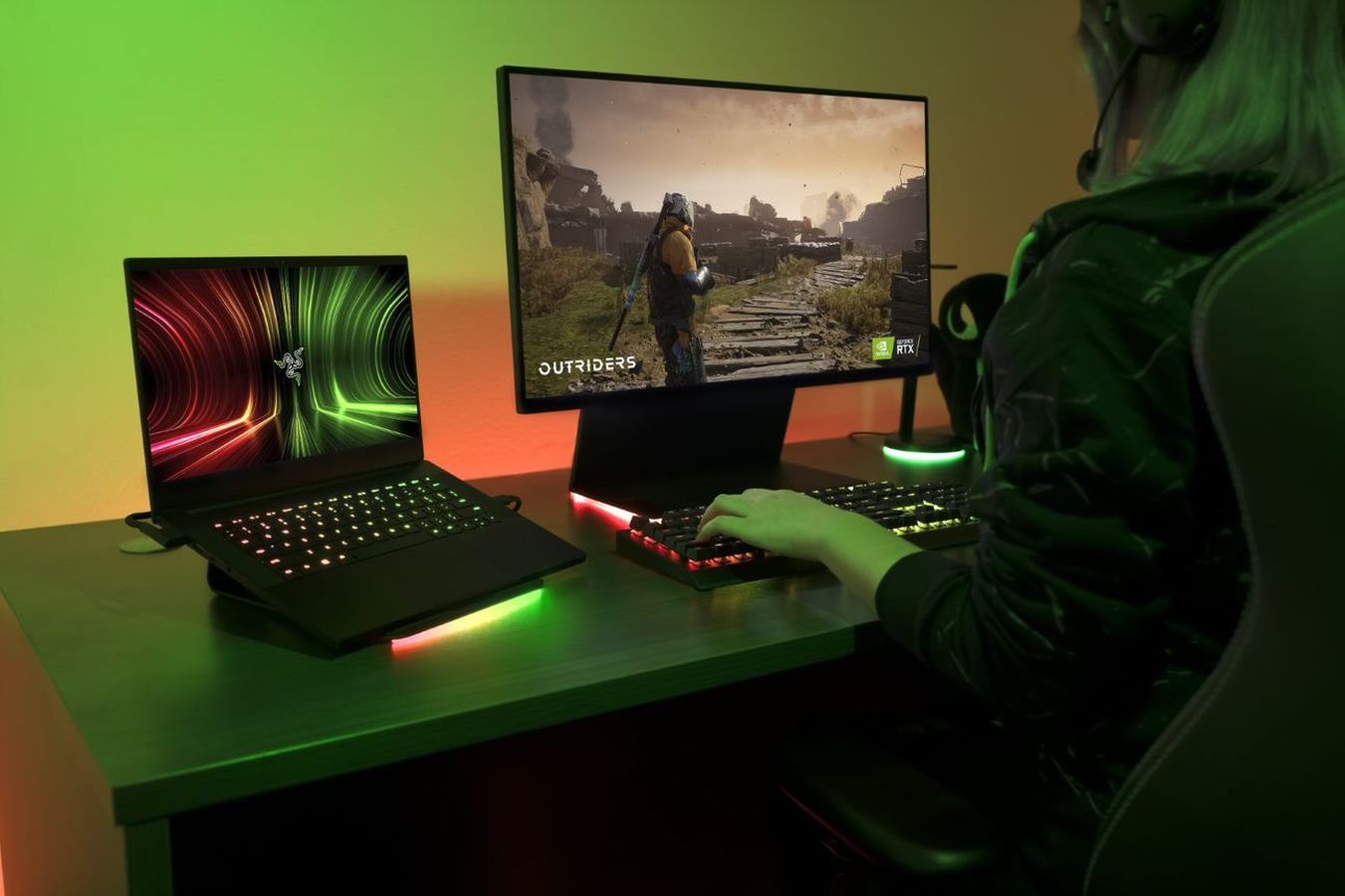 E3 isn’t normally the time you hear about new hardware beyond consoles and peripherals. Team Razer is looking to shake that up a bit with a big announcement. We’ve gotten our hands on some thin laptops stuffed to the gills with powerful gear, but Razer’s never really been satisfied with what everyone else is doing. Today they are announcing the Razer Blade 14, a Ryzen 5900H 8-core, 16 thread-equipped laptop sporting a GeForce RTX 3080 GPU in a super slim case. How slim? Try 0.66″ thick. The device also has a 1440p display with a 165Hz refresh rate monitor. Better still, Razer is claiming a 12 hour battery life.

Digging in a little deeper, we also see a brand new T7 grade aluminum chassis and an all new vapor chamber with blades that are just 0.1mm thick. For reference, that’s the width of a human hair.

To be clear, I’ve recently reviewed laptops this powerful, and have seen several others similarly outfitted, that required two power supplies to even run. This is an absolutely staggering amount of power in an impossibly small frame.

Alongside the Razer Blade 14, the team is announcing another first — the Razer USB-C GaN charger. GaN, or Gallium Nitride, is capable of delivering up to 130W of combined charging power out of the two USB-C ports and the two USB-A ports. It’s got the power of the giant brick we have to lug around, but is small enough to fit in a briefcase or in your pants pocket. I’m eager to see what this little charger can truly do. It ships today for $179.99. 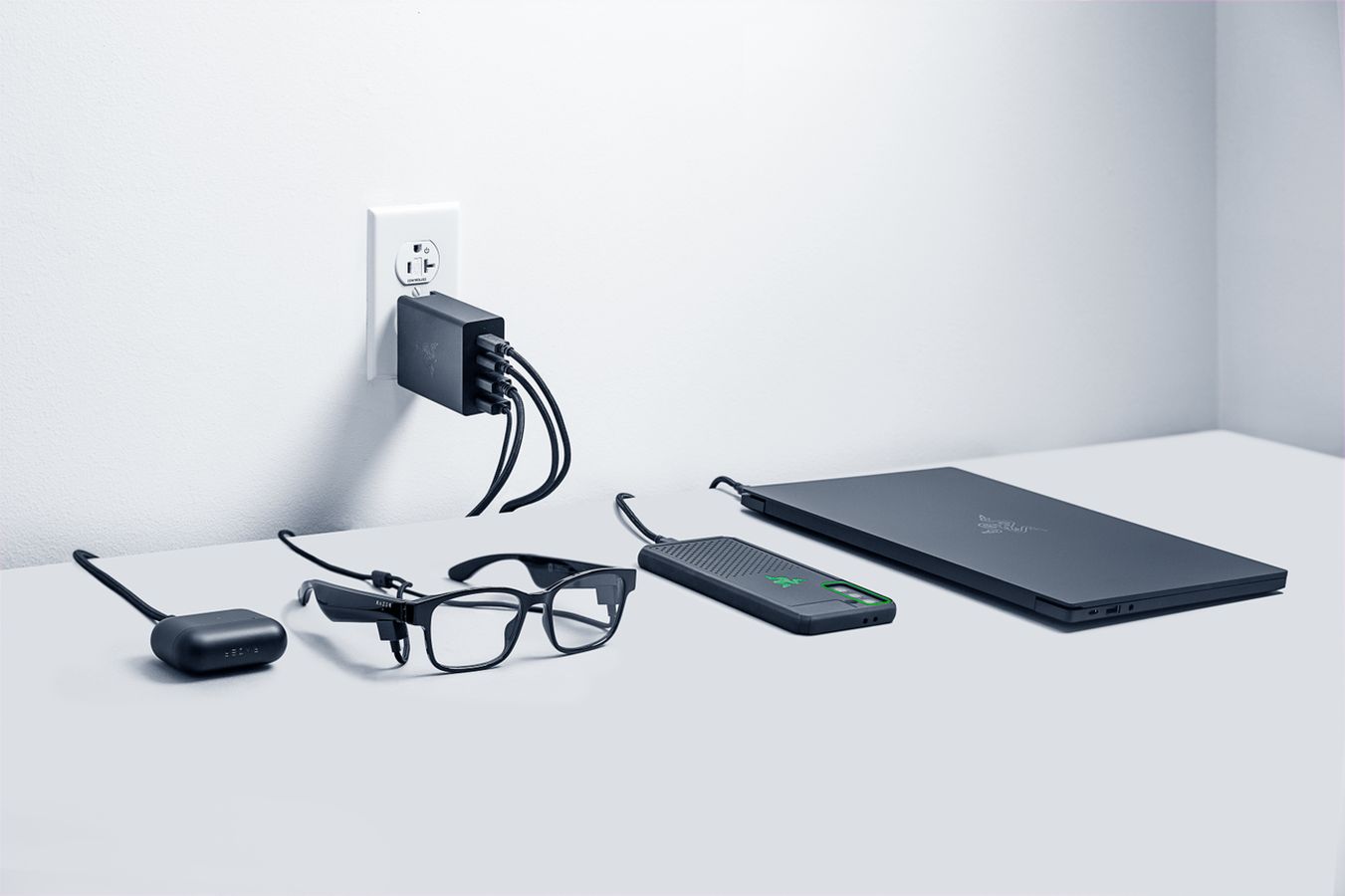 Not content? Well, Razer is rounding things out with a brand new screen — the Raptor 27. This new screen is the worlds first THX certified PC monitor, sporting a 1ms response time, 165Hz refresh rate, and runs at 1440p. Ok, that’s a little unusual, but this is Razer — they can’t do things like everyone else.

The Raptor 27 has a 95% DCI-P3 wide color gamut (That’s cinema quality), with HDR400 capability. Not enough? Well, it also supports not only NVIDIA G-Sync, but also FreeSync, making this perfect for whatever processor is in your rig (including that Razer Blade 14). This new monitor will ship in early Q3 of this year for $799. 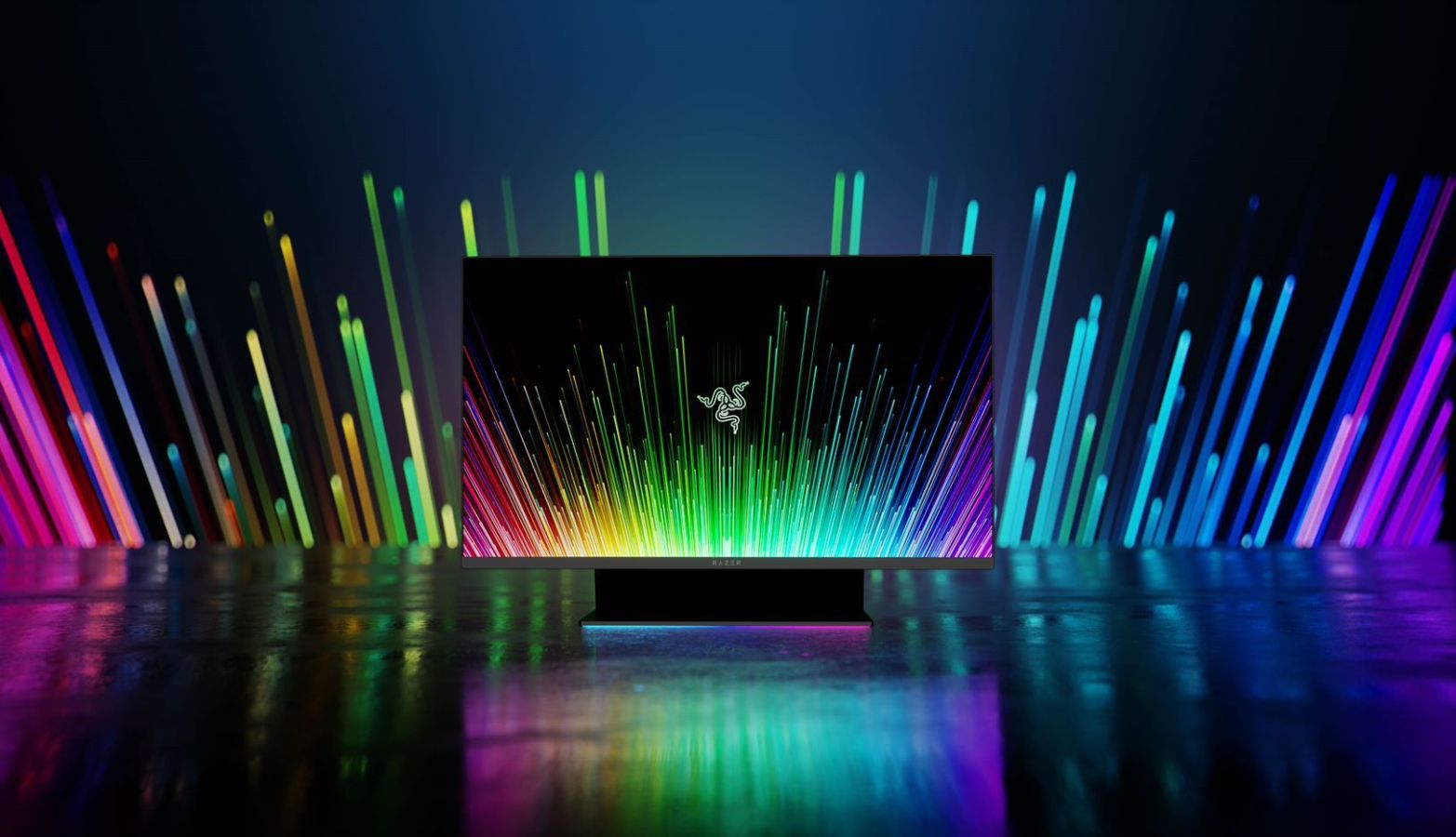