Developer Brave Lunch has announced that their first original game, Blobkin Blaster will be releasing for nearly all headsets on August 11, 2021 via SteamVR. A demo is now available as a part of Steam’s Next Fest event, so players can check out the game before it releases.

Made with love for the young and young-at-heart, Blobkin Blaster is an underwater VR endless-wave shooter with a sprinkling of real time strategy. The game puts players into a scuba suit and flippers, and sends them below the waves to help clean up the oceans and provide a habitable environment for the cute critters known as Blobkins.

Players will place traps, build cannons, and fire Blobkins out of a Blaster (don’t worry, they don’t mind) to put a stop to trash, dangerous foes, and invasive species who are threatening the safety of their reef. 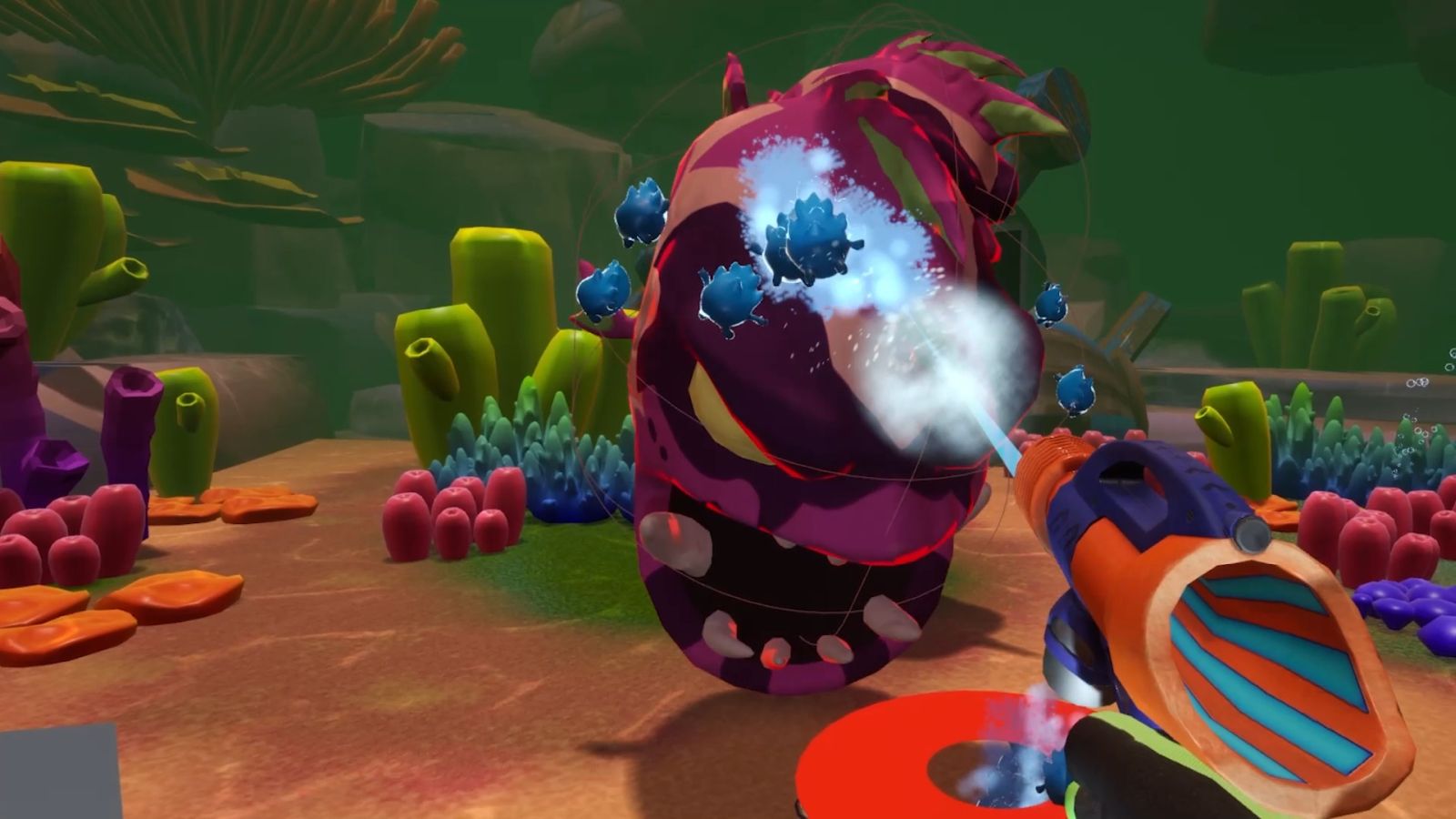 Reminiscent of settings and characters from studios such as Pixar and Dreamworks, the world of Blobkin Blaster is a bright, bold and awe-inspiring setting for children and adults alike to explore and learn about ocean conservation.

Interested players will be able to try out Blobkin Blaster in the Steam Next Fest from today, as well as tune in to watch Brave Lunch show off the game in a Next Fest livestream on Saturday June 19 at 2pm Eastern (GMT-4).

For more news on Blobkin Blaster and gaming in general, stay tuned to Gaming Trend.