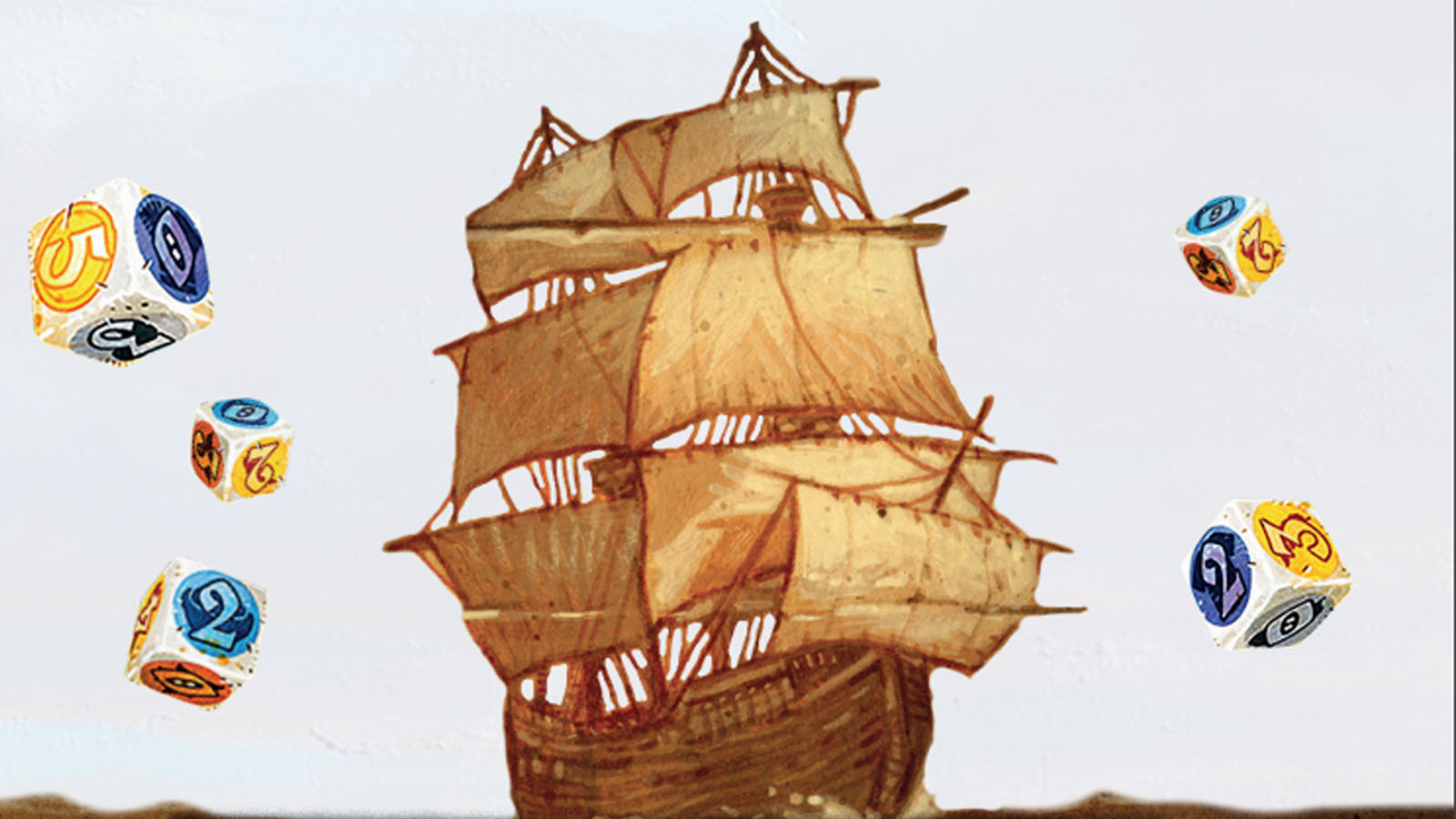 Grail Games has announced that on November 21 Medici: the Dice Game for 2 to 4 players from well known designer Dr Reiner Knizia will be coming to Kickstarter. Medici: The Dice Game is the third game in the Medici family of games and will include beautiful artwork from Vincent Dutrait.

The new dice game uses similar ideas, but is powered by dice-rolling mechanisms. This means players will have to roll with the whims of fate as they face a never before seen challenge in the Medici line!

Fast to learn and simple to play, Medici: The Dice Game is a dice-selecting, roll-and-write game. Over the course of three rounds, 2-4 players will fill their ships with the goods presented at the wharf. On a turn, players will roll dice, to randomize which goods will be available and for what value. Then, players will select goods of different values to fill their ship by taking dice. They will earn money at the end of each round for having the most valued loads, as well as for collecting majorities of the different goods.

Stay tuned to Gaming Trend for more information when the campaign goes lives and for all your tabletop news.