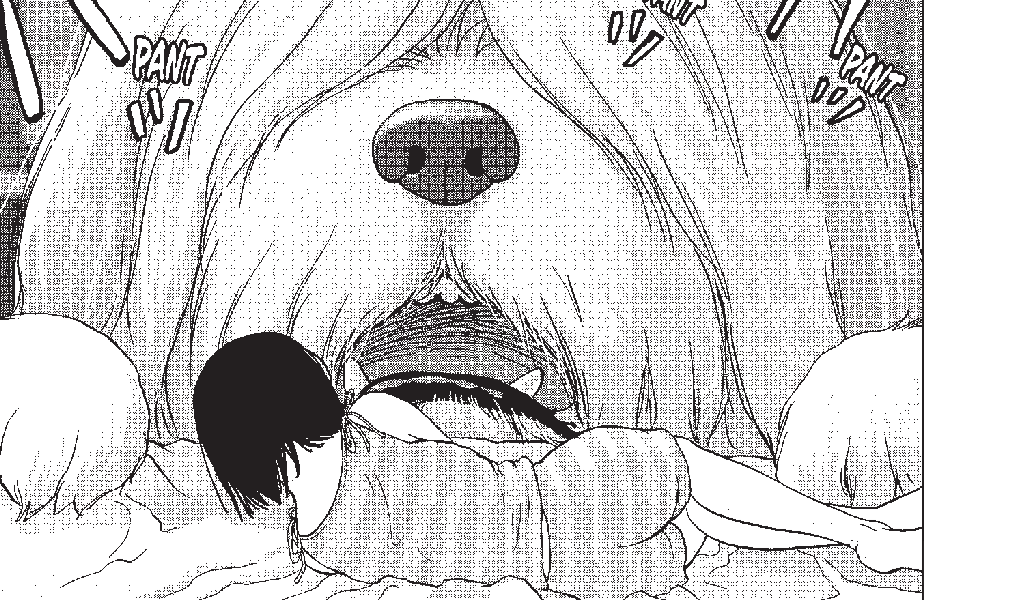 Backlogs come in all forms, and this week’s column is a little different: I’m going to be talking about manga this time! A while back, the horror/thriller manga Wonderland was released stateside, which highlights a young girl’s adventures after she and surrounding townspeople are mysteriously shrunken to tiny proportions. What happens is a mix of dark humor and some horrific gore, and while spooky season is officially over, there’s still a few scares to be had. 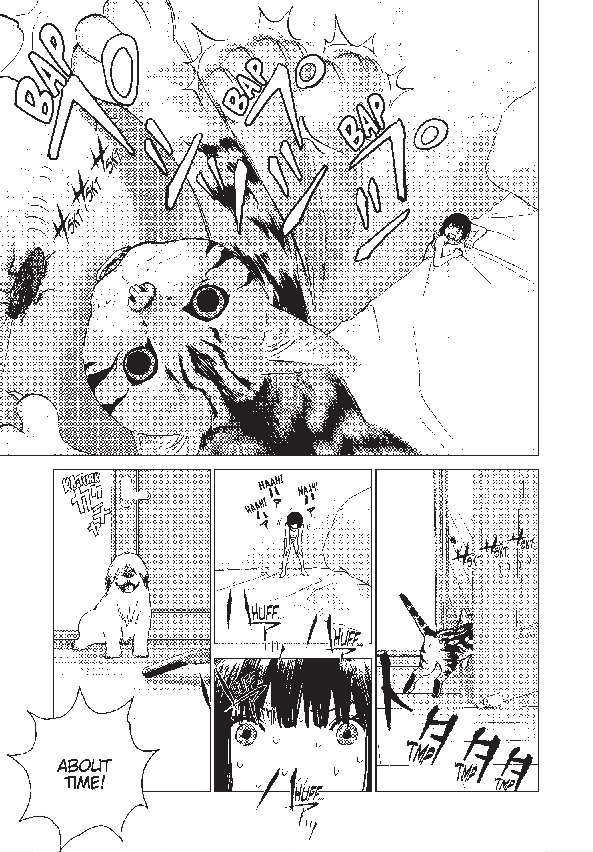 In Wonderland, schoolgirl Yuuko has woken up to find herself as a tiny inches-high person. While it feels surreal to her, she soon understands the gravity of the situation as both of her parents are mauled to death by her pet cat; thanks to a stroke of luck and her dog Poco, Yuuko survives but heads outside her house. Unfortunately, animals have run wild, with birds and other stray animals murdering the tiny denizens of the town. While she initially doesn’t see any normal-sized people, Yuuko is dropped in a world where humans are no longer at the top of the food chain, and she has to use her wits, as well as a new recruit Alice, to survive.

The first few pages of Wonderland have this remarkably creepy vibe to the whole setting. While I do find the entertainment value of suddenly shrinking or growing, I’ve neglected to understand the “reality ensues” parts of it all. It’s immensely harder to travel, as seen throughout the volume, and you’re toast if you happen to come across a hostile animal (an experience of which we’re “treated” to in the first chapters). All the while the town is mostly untouched, save for animals running wild. 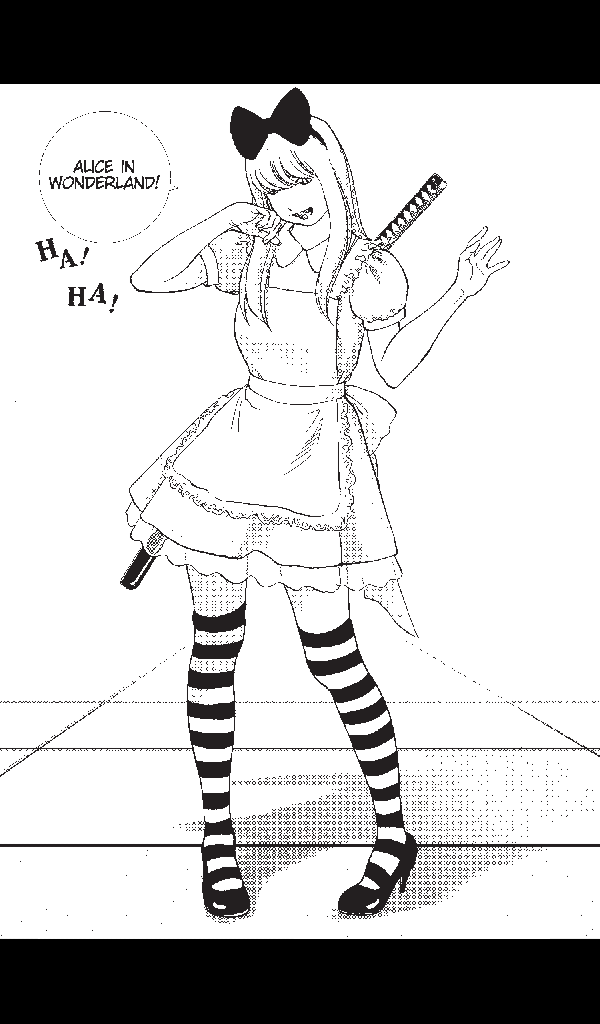 For some reason, communications in the town have been disabled, and it’s apparent that this phenomenon is restricted to the town itself. When Yuuko calls her friend in a neighboring area, she finds out that the whole town is quarantined, with no information given as to what’s happening. In addition to this threat, in the middle of the story we’re also introduced to the Self-Defense Force, a mysterious organization (of normal-sized humans, mind you), who are capturing the affected people and whisking them away to do who-knows-what. All in all, it’s a setup that intrigues as much as it terrifies.

However, for some reason near the middle, the mood changes from genuinely horrific to darkly comedic. People end up dying left and right, and while it was pretty horrific in the beginning, I started to chuckle at how absurd it all gets pretty quickly. With the introduction of the deuteragonist Alice, it starts getting wackier. From the looks of it, Yuuko and the others can’t understand Alice as she’s speaking a different language from them, though they both understand each other through body language. It seems that not even a day’s passed and society has already become one full of killer animals and gangs willing to stab a tribe of teddy bears in order to gain dominance (it makes sense in context). The world goes to dystopian hell and it isn’t even lunchtime yet!

While I would have preferred the volume in the first half of the story, I do appreciate the weird and wild heights this story will take, especially with the duo of characters that can’t seem to communicate verbally to each other. The art style has this contrast between dreamlike and nightmarish at times, and there’s some excellent shots of gore and action for those that like that kind of thing. While the current publishing schedule means that this series is coming out at a glacial rate (while volume 1 came out last year, there have only been 3 currently released), this means you can catch up just as fast. And it’s a good thing too, because there’s plenty of stuff I need to tackle beforehand! 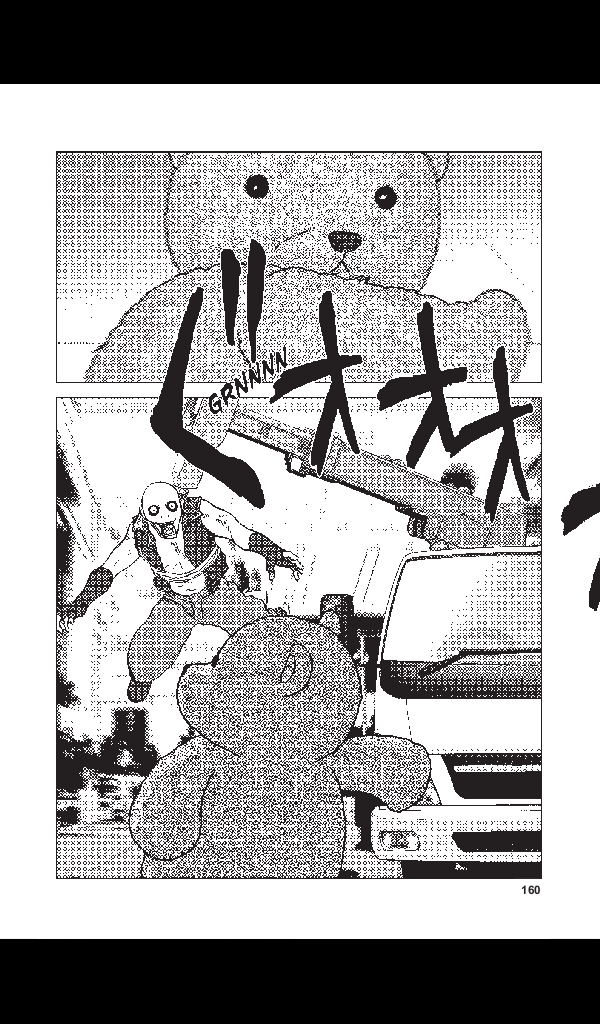