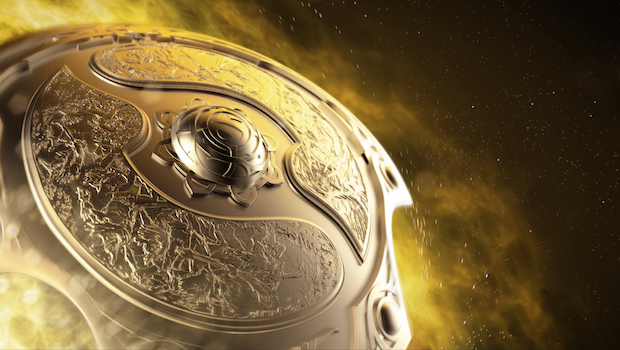 E-sports has grown exponentially over the past few years. It used to be a small phenomenon, and then one only contained in the PC-bang-obsessed land of South Korea, but now competitive gaming permeates gaming culture. That movement is pretty much spearheaded by the advent of MOBA games: five-on-five games where each team is trying to bust each other’s base. Blending mechanics common to RTS, RPG and action games, the grandaddy of them all, Defense of the Ancients, or more commonly DotA, actually originated as a mod for Warcraft III, suiting to the nature of the genre.

While Defense of the Ancients isn’t often played competitively anymore, its successor Dota 2 has established itself as one of the major players in the e-sports landscape. Coming up in August, the game’s developer, Valve, will host the fifth annual global tournament, dubbed “The International.” Originally created as a showcase for the first playable version of the game five years ago, The International is now one of the largest annual e-sports events in history, and last year’s tournament boasted the highest prize pool ever at over $10 million.

Sixteen teams in total will compete in Seattle’s Key Arena for the coveted Aegis. Ten have been directly invited, four will earn their ticket by taking first in the regional qualifiers, and two will have to fight for their spot in the Wild Card matches between second place qualifiers. The structure and scope is similar in many ways to the World Cup, and the stakes are huge – with the newly-established Dota Majors looming, a top finish here means stability and a hefty prize pool, along with almost-guaranteed invites to their pick of next season’s tournaments.

Dota players and general e-sports aficionados are already boarding the hype train, but why would the average person care? Well, here’s five reasons why you should.

Dota is simple in setup, complex in execution

The basic setup of Dota is that there are two teams of five players who each control one hero. The two sides, dubbed Radiant and Dire, then try to surge down set paths called lanes to destroy the throne in their opponent’s base with the assistance of computer-controlled creeps. Heroes can die and respawn, level up, earn gold from killing enemies, and spend that gold on items to bolster their stats or give them new abilities.

In execution, though, the game is nigh-infinitely complex. Each team tends to prioritize gold and experience gain for certain heroes, dubbed cores, while the other heroes (the supports) guard the cores and set up attacks on the enemy lanes called ganks. Item pickups become windows of opportunity, and teams attempt to maximize the exact moments at which their heroes are the most useful; a hero like Enchantress will be strongest either in the first five minutes, where she can use monsters controlled from the jungle to gank enemies, or in the very late game, where her Impetus attacks begin to scale heavily against the other team’s cores.

Even before the horn blows, teams strategize in picks and bans, drafting their team of five. Players like Team Secret’s Puppey are known for their ability to draft, picking the perfect hero composition to control the enemy with. Intricate hero counters and huge moments where a well-laid plan all comes together make Dota 2 a very rewarding game to learn over the course of the tournament, even without ever booting up the game.

The roar of the crowd – the live aspect

If you’ve been to any pro sports or Division I college game, you know what I’m talking about. When that perfect catch is made, when a goal is scored or saved against immeasurable opposition, the crowd goes nuts.

Well, the crowd at e-sports events goes nuts too, but here it’s over the huge teamfights and big plays. There’s been tons of moments that could highlight this, from Navi’s Xboct holding off a three-man gank as Alchemist to the Million Dollar Dream Coil, but perhaps the most infamous is what has been simply dubbed as “The Play.”

Some quick backstory: Throughout the course of the second International, the Chinese team Invictus Gaming had been steamrolling the competition, barely dropping a match to anyone. Crowd-favorite Natus Vincere, or Navi, had to fight up the loser’s bracket to get their spot in the Grand Finals. One constant at TI2 was that Naga Siren was a pick/ban hero: you either picked her for your team, or banned her out immediately. Her ultimate, Song of the Siren, freezes all nearby enemies in place, leading to easy setups for AoE ultimates like Tidehunter’s Ravage and Dark Seer’s Vacuum.

Puppey, captain of Navi at the time, let the seemingly overpowered Naga Siren be picked by the opposing team IG. Many thought this a mistake, but eventually, it became clear that Puppey wanted IG to draft the Siren, as he had a plan concocted for them. At 17 minutes in, IG attempted to smoke gank Navi while they were pushing the bot lane and, well, the rest was Dota history.

Storylines build tension in – and out – of matches

Another staple of live sports isn’t just the event itself, but the storyline leading into the main event. Rooting for a team is always more exciting when there’s a story to tell. An underdog vying for the title, a champ beaten down and looking for one more title, a titan too big to lose…

While teams were fairly stable leading into last year’s International, TI5 has shaken the scene up in a big way. Team Malaysia and Virtus Pro fought for their direct invites, toppling major teams in every LAN they’ve attended. Vici, IG, Team Secret, EG and Team Empire all have major tournament wins under their belt, while Cloud 9 seeks to overcome their curse of the eternal second place finish. In the qualifiers, there’s Navi and Alliance, former top-tier teams fighting to earn their invite this year after a host of roster changes and setbacks. Squads like Mouzsports, formerly Team Tinker, are playing to prove themselves, alongside many relatively-unknown teams trying to get their first International appearance.

Even disregarding teams, storylines among players have carried across the years. Burning, the farming 1 role of IG, has been on the verge of retirement since TI3, alongside “old man” Fear on EG. Former teammates will clash, as Secret’s Arteezy will match up against his former squad EG, and all of former Team DK will face off against each other between Vici, IG, LGD and Team Malaysia.

If you have the time, check out the Valve-produced documentary Free to Play. I’ve linked it below, and it’s really time well-spent in seeing the human aspect of these massive tournaments. A lot of players have put a lot on the line.

Plenty of tools available to the new watcher

If you’ve never played Dota 2 before, that’s fine. As I noted before, the game is simple to understand, and you’ll begin to gradually comprehend each layer of strategy and complexity as time goes on. I watched TI3 with my dad and brother, and by the Grand Finals, even they knew that you should ban Wisp against Alliance. I mean, come on.

I won’t deny that my coaching them through the intricacies of the game helped, though, and luckily Valve has taken a great number of steps to make the event transparent as possible for newcomers. There’s a Newcomer’s stream where commentators specifically cast the games for those not familiar with Dota 2. You can also watch the streams in the Dota 2 client, which is free to download, and lets you click on items for info and rewind and pause as often as you’d like, all in real time.

There’s also a plethora of guides available if you start to get interested in playing the game, including the de facto beginner’s guide, “Welcome to Dota, you suck” by Purge. Trust me, it’s a lot less intimidating than the title would lead you to believe.

The community rallies around the International

I’ve already mentioned the crowd during the game, but the community of Dota is really fantastic. While there’s still the occasional witch-hunt or unnecessary drama common to any e-sports scene, The International seems to bond everyone together out of pure love for the game. The spirit of competition brings out the best in the community, from content creators making hilarious videos and new cosmetics to the average player buying a pennant to support their team.

One of the best ways the community came together was last year, for the EU Hub for TI4 Qualifiers. The regional qualifiers are usually covered by individual production studios and not by the Valve-organized production staff. Instead of competing with similar products, Beyond the Summit put on the “traditional” qualifier coverage, while the GD Studio created the EU Hub: a 24-hour stream at the GD house, featuring couch casts from personalities and players, intense games of Mario Party, and a kitten cam. It was unheard-of at the time, but going into TI5, there’s definitely a hope that the EU Hub will return once again for more crazy antics and story-time sessions.

A passionate community, a high-stakes event, teams that have been preparing for this moment all year and a game that is insanely engaging to watch for both newcomer and fanatic alike – what more could you ask for? The International is the reason why I love e-sports, and few other events can match it.

The excitement all begins on May 25th with the regional qualifiers for the Americas and China. This year, EU and NA are colliding as three of the major Dota production teams (Beyondthesummit, joinDota, and the GD Studio) are teaming up to bring 24/7 streaming for the full week of qualifiers from the PGL studios in Bucharest. They’ll have three casting streams to cover all games simultaneously, and a lounge stream that will feature Dota personalities watching the matches, having fun and maybe playing some more Mario Party or GangBeasts.

In the meantime, I suggest you pick out a favorite team and read up on them. You can find stats and results on all the teams at Liquipedia’s Dota 2 section, and VODs are easy to find on YouTube. Follow your team throughout the tournament, learn their favorite picks and strategies, get excited when they lock in something crazy and mourn for them if and when they get knocked out.

Once you feel the thrill of it all, seeing a huge comeback or last-minute backdoor right before your eyes, once you’re on your feet cheering in your living room and wishing you could be there in person…. well, you’ll be hooked like the rest of us.