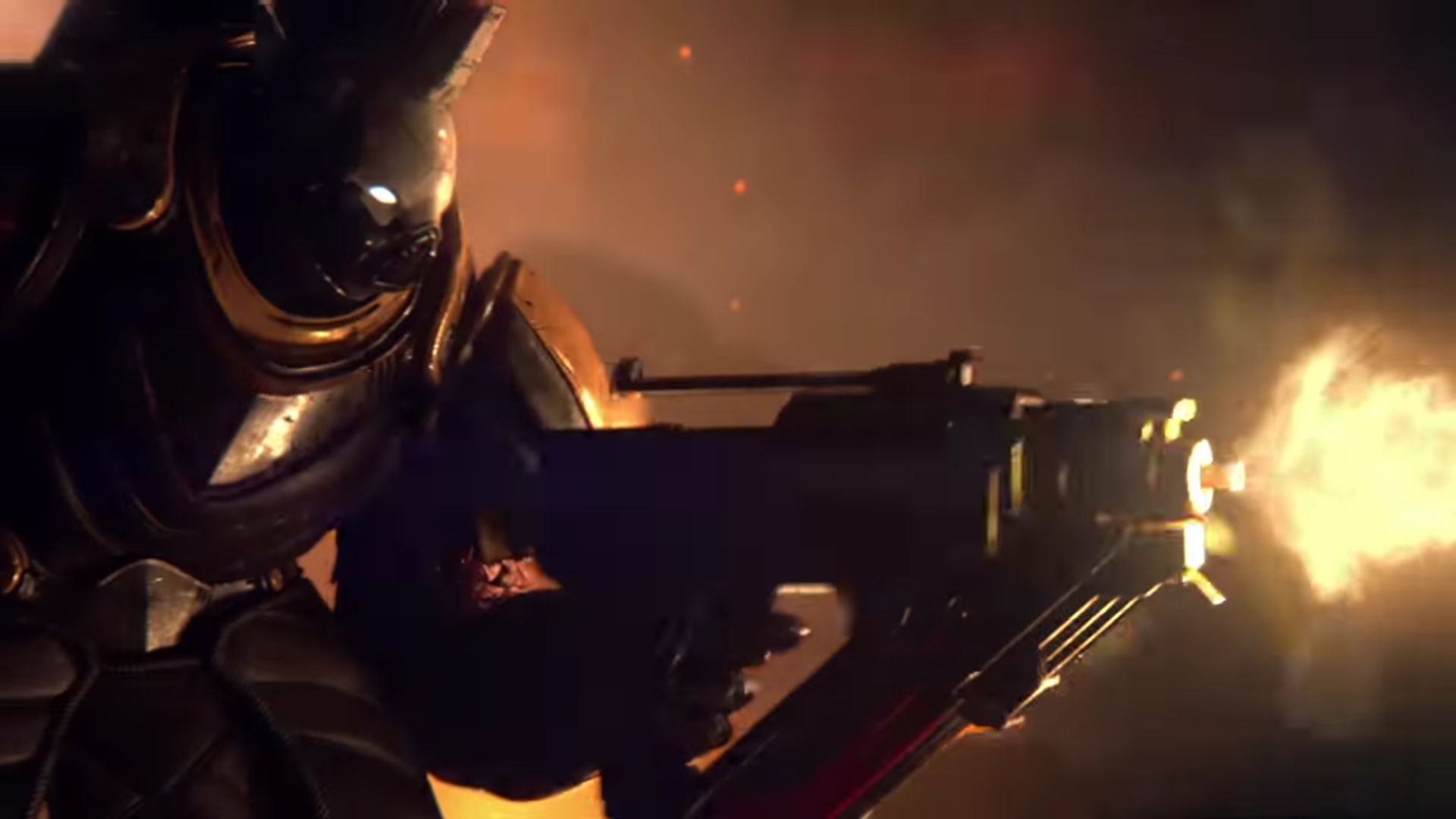 Destiny 2 is officially on its way. Come September 8, the guardians of Earth will regroup in the aftermath of a calamitous attack to bring the fight back to the Last City’s new enemy.

And there will be a ton of loot!

Cayde’s promise of sweet gear is welcome news because, according to a statement from Bungie earlier this month, Destiny players will not be bringing any of their current gear with them in the sequel. This decision was made in order to let Bungie move forward with their new ideas “unencumbered by the past.” However, players will be offered the option to bring the likeness of their D1 guardians over to the new game, meaning the journey of your individualized guardian may continue.

This likely didn’t offer much in way of consolation for most players, as the cosmetic aspect of each guardian is hardly singular, and their character is all but nonexistent. But it did raise a question: if our characters are safe in this fiction, then what happened to their loot? Considering the timing of Bungie’s fatal announcement relative to the reveal trailer, it wouldn’t have been surprising if Bungie had planned to dodge this question; get the bad news out early, release a new exciting trailer, and hope that everyone forgets about their old stuff.

Instead, they went ahead and did this:

Personally, I think the obliteration of D1 gear is an obvious necessity for a sequel. I’ve dedicated dozens of hours to the self-perpetuating cycle of enviously fawning over gear, tirelessly working towards procuring it, then obsessively grinding away at missions, strikes, and raids to inch up a cumulative level average of all my digital junk. Stubbornly latching onto these trophies would only serve to restrain my drive to pursue new adventures.

With this in mind, I had most graciously accepted Bungie’s decision for their creative vision (takes a solemn bow) with little need for further convincing. Other Destiny players, however, had shown some reluctance to the idea of throwing away hundreds of hours of dedication to their hard-earned rewards. It’s understandable; while I’ve only spent 200 hours with Bungie’s permutative shared-world shooter, many Destiny players have clocked in over two cumulative months-worth of hours grinding daily missions, searching for calcified fragments, and meeting up on forums to run that raid.

Another common Destiny pastime—one which I’ve witnessed during a fair share of my hours clocked in—is meeting up in Destiny…to complain about Destiny.

With any popular multiplayer game, one which pervades multiple years of updates and content drops, fans tend to maintain an outspoken dialogue of criticism on social media, forums, in-game chats—anywhere they can, in hopes that the developers will hear and attend to their concerns. Bungie is particularly well-known for maintaining a relatively open dialogue with their fan base, often candidly acknowledging their shortcomings. These acknowledgments have often manifested themselves as in-game references, offering themselves up as the butt of a joke in some hidden easter egg.

Though not quite an easter egg, and certainly not a joke, the new Destiny 2 reveal trailer beautifully conflates its controversial design choice with the game’s fiction. The Tower has been destroyed, and with it all of our gear. Why? Not because Bungie deemed it necessary for mechanical innovation, but because some Ghaul dude (Gary…or is it Gill…or Glenn?) has some beef with us and blew up all of our shit.

So, what do we do? We go out there and stick it to him, that’s what we fucking do!

It’s a brilliant trailer, given the context of the game’s pre-release narrative. With one fell swoop, Bungie is attempting to channel any lingering contempt fans may have—induced by the imminent seizure of their treasured arsenal—and is now repurposing it to fuel this call to action. Instead of trying to distract players from the still fresh wound of the hard truth of our sweet, sweet gear’s ephemera, Bungie took all of that loot, blew it up in our face, and said “See what this guy did? You gonna take this lying down? Of course not! Pre-order now!”

I haven’t pre-ordered my copy, but I’m fairly certain I’ll be making the move over to PC. See you at the tow—oh…nevermind.