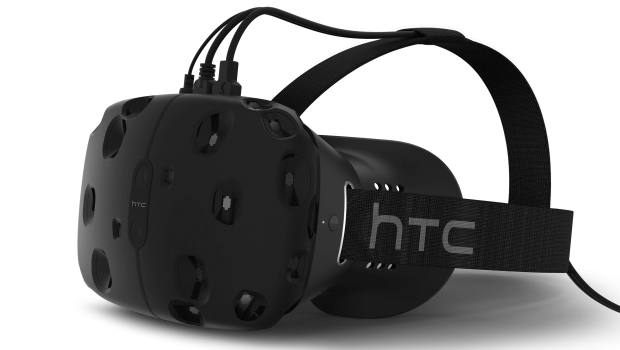 We’re still in the infantile stages of modern virtual reality, where developers are wrapping their heads around the tech and what it can do. In some cases, this means inventive and new ideas; in others, a slap-shod game with a novel-at-best VR feature hanging on like a sidecar.

After several weeks with the HTC Vive, we played the best, worst, darkest, and most joyful of what the landscape currently has to offer. If you’d like to avoid the rougher edges of the virtual world, read below to see what some of our favorite experiences were for the Vive.

1. theBlu
An underwater adventure like none other, theBlu takes you under the sea and among the fish and urchins that make up the deepest reaches of planet Earth. Moments like a whale sailing just by your face, or a school of jellyfish drifting through your play area, truly convey the ability of the Vive to transport you into exciting new worlds. This is the one demo for everyone, from grandkids to grandma. No gameplay requirements, no needless direction, just you and the ocean. It truly is better down where it’s wetter, take it from me.

2. Hover Junkers
As we note in our review of this VR western shootout, Hover Junkers is easily one of the best Traditional Games on the Vive. Combining excellent use of the motion-detecting Vive remotes with the full range of motion available in room-scale VR, this game will have you dodging, ducking, dipping, diving, and dodging as revolvers rain hell through your virtual world. Especially of note is the tactile reload system, making a normally tepid and mundane task feel tense, as you duck behind cover to desperately reload and fire back before your opponent can.

3. Job Simulator
What’s better than going to work? Going to work in VR, of course! In a world with no repercussions, managerial oversight, or really any sense of normalcy, Job Simulator makes cooking tacos in a van and fixing cars in an auto shop some of the most memorable VR moments around. The smart decision here is the lackadaisical approach to actual job requirements — for the most part, you’re free to pursue a solution however you wish, whether it’s actually fixing the problem or just jamming a banana in the tailpipe and sending the customer on their way.

4. Audioshield
From the makers of the musical game Audiosurf, Audioshield is a similarly adaptive experience that takes mp3 tracks and translates them into a bullet-hell extravaganza. Armed with only your color-coded shield hands, you have to literally punch your way through your favorite tracks — an effort that might become tiresome, in a good way. The automatic generation and leaderboards means there’s always a reason to either replay your favorites or load in new music, and the interface for playing your tracks is extremely user-friendly. My recommendation: put on some Grimes, pull out your remotes, and dance your way to some pretty nice biceps.

5. The Lab
Closer to the realm of “experience” than actual game, Valve’s free-for-every-Vive VR exploration game is still impressive and worth your time. The Lab features some of the best graphics in any VR game we demoed, and takes you through a number of memorable Valve locales with a brand-new view. Plus, you get to explore the Secret Shop from Dota 2. You know that gets points with me, no matter what.

6. Space Pirate Trainer
A wave-defense against invading foes sounds a little tepid, and in honesty, the concept is nothing new. What Space Pirate Trainer does that’s so effective is the look and feel of the game, transporting you to a flashy, futuristic setting with plenty of lasers and explosions. Dual-wielding pistols and other power-ups is just enough like a John Wu film that you’ll likely start diving sideways to hit enemies, and while the novelty might wear off, it’s still a fun one that avoids the motion-sickness issues of other games.

7. Fantastic Contraption
What else is there to say? A build-em-up game in VR is already incredible, but letting you complete objectives with your own crazy contraption that you build up in front of your very eyes is that much more engaging. Make a wacky roller, send it on its way and laugh as it breaks down right in front of you. The physicality and tactileness add a completely new dimension to this classic style, and it’s wholly worth a few attempts at the first level.

8. Tilt Brush
Rounding out the list is the 3D-painting tool that has led to some crazy creations. There’s no true objectives or other gameplay tropes, just an empty room as your canvas and your motion controllers as the brushes. Make a Mario collage, a self-portrait, or a 1:1 recreation of your room in VR — the virtual world is your oyster in this game, and the excitement of seeing a 3D painting and crafting it yourself is one that exemplifies the potential of future VR titles.