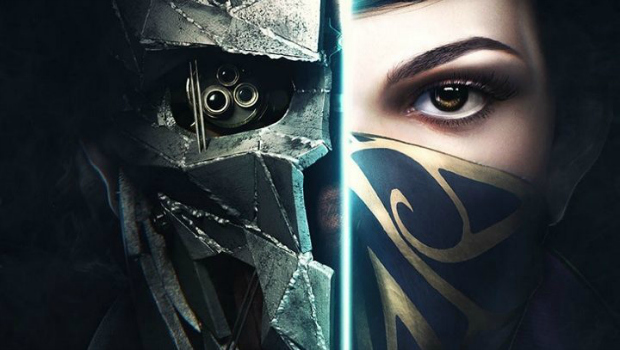 We’re approaching the end of another year, and the close of 2016 marks another seminal chapter in the history of video games; The Witness enamored many, INSIDE baffled us all, Overwatch took its rightful place next to the greatest of shooters, and nearly everyone in the world got a taste of Pokemon Go. But there are still a ton of games coming out this fall and many of them show massive potential. Here are ten games we at Gaming Trend are still excited to play this year!

First revealed at last year’s E3 as an Xbox One exclusive, ReCore is a 3D action platformer with third-person shooter mechanics and a heavy focus on AI companion gameplay. From a team of developers known for their work on the Metroid Prime series as well as Mega Man producer Keiji Inafune, this new game features a team of animal-like robots, each with distinct features and abilities used for platforming and in combat. We’ve seen little more of ReCore besides last June’s E3 gameplay trailer, but the notable team behind this new property is enough to get us excited for its September 13 release.

Though technically an expansion to an already released game, Rise of Iron is bringing enough to Bungie’s shared-world shooter to make our list of most-anticipated fall games. With Rise of Iron, Destiny players will receive new features like private matches, new guns and armor, and three new PvP maps. More importantly, the expansion comes with an entirely new campaign, Strike, Crucible mode, and a Raid entitled Wrath of the Machine. And for anyone wanting to jump in all the action for the first time, the entire collection of expansions since day one will be available on Xbox One and PS4 with Destiny: The Collection.

The latest entry in the Mafia franchise takes players to the city of New Bordeaux, Hangar 13’s recreation of 1968 New Orleans. The game follows the story of Vietnam War vet Lincoln Clay on his quest for vengeance against local organized crime. Like previous games in the series — and other open-city games of unquestionable note — the world is open for you to explore and/or terrorize at your leisure. Mafia III comes to Windows PC, Mac, PS4 and Xbox One this October.

Set 25 years after the last serial installment in the series, Gears of War 4 introduces a new protagonist: J.D. Fenix — the son of Anya stroud and former Gears hero Marcus Fenix. The newest entry in the iconic Xbox franchise was first revealed at Microsoft’s E3 2015 conference, where we saw a more subdued gameplay demo than that of this year’s E3 trailer. While our first glimpse of the game featured the stealthy combat of the night, more recent gameplay previews showcase epic firefights set in the midst of a glorious windstorm. We also got to see some footage of the game running in 4K. Gears of War 4 comes to Xbox One and Windows 10 on October 10.

It’s practically become tradition to observe the annual titular battle between the two mega-franchises that are Battlefield and Call of Duty. But this year the two could not be more different. While Call of Duty will be continuing down the path of the not-so-distant future shooter with Infinite Warfare, Battlefield is finally taking the series back to the history books — further back than ever before. World War I was an incredibly interesting time for its advances in militaristic technology, and Battlefield 1 explores these characteristics in exciting, albeit Hollywoodized, ways. CoD: Infinite Warfare, on the other hand, takes the series to the last frontier with space combat. While the idea might have seemed a bit absurd in concept — with many actively voicing their displeasure on YouTube — what we saw at E3 this year looked pretty exciting.

It’s been nearly ten years since two of the games on this list were announced, and now we’re only two months away from finally playing one of them. The Last Guardian first gained its resonance as a highly anticipated PlayStation title from the critical success of its creators’ previous title, Shadow of the Colossus. Team Ico’s most recent (though in no way new) project was first announced as a PS3 exclusive back in 2009 and has since undergone several delays and media disappearances. The game was assumed canceled by many before it finally reappeared on Sony’s E3 conference stage last year. It’s never a good sign for a game to spend such an extensive period in “development hell,” but at this point we just want to see the damn thing! Hopefully no further delays befall this game. Here’s to October 25.

While Titanfall had great appeal during the launch period of the current console generation, a few standout grievances reverberated amongst critics and consumers alike; a lack of a true single-player experience left players with a desire for one, and the game’s exclusivity to Microsoft platforms limited the user base. Enter Titanfall 2, the next installment in the new franchise, complete with a single-player campaign and platform agnosticity. Trailers for the game’s campaign feature a story of a pilot and his trusty robot (or mech-suit) companion facing the hardships that come with a state of all-out war.

A multiplayer technical test is currently underway on multiple platforms, and we’ve been enjoying the game’s classic Pilot vs Mech gameplay with a new healthy dose of grappling hook.

Arkane Studios’ stealth-action game was certainly a flawed one; non-lethal play was encouraged but least rewarding, the upgradable abilities often made the game far too easy, and the stupidity of the AI made stealth feel like a cheat. But the game’s inundation of detail and emphasis on player choice set it apart from all others of its kind. Dishonored 2 promises to further expand on and experiment with these design values with the next chapter of Corvo and Emily’s story. We first saw the game in action at Bethesda’s E3 press conference in June. The demo showcased the game’s two playable characters with their own unique abilities, deeper stealth mechanics, gorgeous visuals, and a whole new world to explore. I am personally very excited about Dishonored 2 and find myself counting down the minutes until November 11.

Our list’s second ten-year game, Final Fantasy XV was first announced under the title Final Fantasy Versus XIII back in 2006. The game was re-revealed and renamed FFXV at E3 2013 and has since been subjected to much skepticism for its extensive development period. Square Enix held a grandiose event back in March to announce the game’s release date. Though a September launch date was celebrated at the “Uncovered” event, FFXV has since been delayed to November in order to avoid the necessity of a day-one patch. The game has released two demos — entitled Episode Duscae and Platinum — leading up to its release, both of which featured content not in the final game and one of which even received a full patch in response to player feedback. Needless to say, we would just like to play the game now, please and thank you.

There are a few other very exciting games coming this year that aren’t on this list (South Park: The Fractured But Whole and Pokemon Sun and Moon to name a couple). What games are you most excited about this year? What favorites do you already have for the year of 2016? Let us know in the comments!