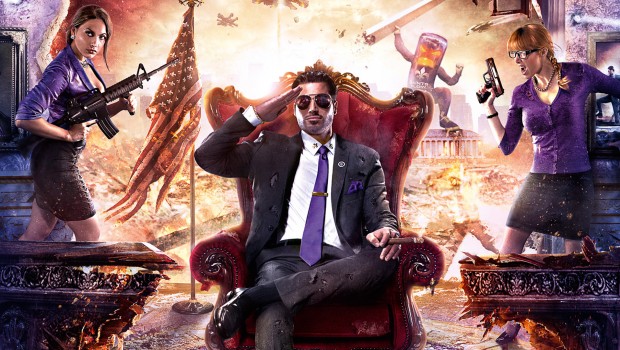 From limited edition statues to exclusive art books, almost every game these days has its own respective limited edition acting as a pre-order incentive for customers-to-be. But over the years, several developers and publishers have pushed the limits, and wallets, of what gamers are willing to purchase in order to show dedication to their favorite franchises.

We’ve catalogued some of the most absurd limited, collector’s, and premium editions that our extensive Googling could uncover.  From diapers to space flights, from gross to extravagant, these special editions mainly raise one question — why?

Author’s note:  All currencies that have been translated to USD from other territories reflect what the item would currently cost, not what it would have costed at the time of release.

In the post-apocalyptic zombie game Dying Light the undead are relentless.  So relentless, in fact, that developer Techland must have thought that players would want to fortify their own real homes from the legions of zombified enemies.  The “My Apocalypse” Edition runs a cool £250,000 ($384,037.50 USD) and features four signed steelbook copies of the game, the ability to have the player’s face included in the game, night vision goggles, adult diapers (really), a life-sized statue of the game’s Volatile enemy, a round trip to Techland where you can play the game against one of the developers who will let you win “so you can brag to your friends,” and a “custom built zombie-proof shelter” built by the UK-based company Tiger Sheds.

The best part of Resident Evil 6 was Leon Kennedy’s impeccable sense of fashion — mainly because the actual game wasn’t all that great.  In promotion of RE6’s launch, Capcom announced a Japan exclusive collector’s edition that included a copy of the game, four tablet covers — one for each of the playable characters (Leon, Chris, and Jake), as well as a secret cover — and a wearable replica of the leather jacket that Leon wears in the game, available in small, medium, large, and extra large.  So you two can fight the undead in style.  Fashion over function.

Unfortunately, at the time of writing this article it appears that fans can no longer get their hands on this collector’s edition.  But check out e-Capcom for more RE6 goods.

In a surprising display of misogyny, developer Techland and publisher Deep Silver announced the Europe and Australia-exclusive “Zombie Bait” Edition for the game Dead Island: Riptide.  Featured is a steelbook copy of the game, a weapon DLC pack, collector’s artwork, and the severed torso of a bikini-clad, buxom young woman.

Coming complete with bloody gashes and mutilation, the “Zombie Bait” Edition caused quite a bit of controversy when it was revealed.  Claiming that it was “Dead Island’s grotesque take on an iconic Roman marble torso sculpture,” the collector’s edition was met with quite a bit of backlash from the gaming community, causing publisher Deep Silver to release an official apology.

“For now,” the apology reads, “we want to reiterate to the community, fans and industry how deeply sorry we are, and that we are committed to making sure this will never happen again.”  But despite all the controversy and Deep Silver’s commitment to never let something like this happen again, they went ahead and still released the “Zombie Bait” Edition.  Fool us once, shame on you. Fool us twice, you’re still a misogynist.

Would you like your own severed torso? They can still be found for sale on Amazon.

Released in 1996 in Japan and 1997 in North America for the Sega Saturn, Enemy Zero has one of the creepiest, and yet most sincere collector’s editions we came across.  Limited to only 20 copies, Enemy Zero’s Limited Edition cost ¥200,000 ($1,657.68 USD) at the time of its release. It came in its own individual crate that would be personally delivered by the late Kenji Eno, founder of the now-closed developer WARP.  Sincere, right?

Included in the Limited Edition is the special edition of Enemy Zero, a towel with the game’s logo, a bookmark, a VHS with music from the game, a t-shirt, stickers, design documents used during the game’s development, floppy discs featuring the WARP logo, a replica of an in-game gun, a model of one of the game’s enemies (complete with its own body fluid), and the entire  promotional outfit worn by girls at the game’s booth during the 1996 Tokyo Game Show. Creepy, right?

The Saints Row series revels in absurdity, and perhaps most evident of this point is Saints Row IV’s “The Super Dangerous Wad Wad Edition.”  Limited to only one copy, this collector’s edition includes Saints Row IV: Commander in Chief Edition, plastic surgery, a week for two at The Jefferson Hotel in Washington, D.C. and the Top Royal Suite at the Burj-Al-Arab in the United Arab Emirates (with first class plane tickets provided to both resorts), a Lamborghini Gallardo, a Toyota Prius with a year’s worth of insurance, a hostage rescue experience, personal shopper, capsule wardrobe, a day of spy training, a full-size replica of the game’s Dubstep Gun, and a Virgin Galactic Space Flight.  Holy crap.

“I can get a nose job, travel beyond the reaches of Earth, and get a copy of Saints Row IV?! How could I ever pass up that deal,” you must be asking yourself. “How much will this cost me, Blake?”

For the record, the million dollar edition of Saints Row is legit.

So, it is legit, but is it worth the price?  According to Forbes, after totaling up everything included in “The Super Dangerous Wad Wad Edition,” the outlet reached a total of just above $800,000.  Quite the profit margin for publisher Deep Silver. Who, for anyone keeping score, has had two games make it on this list.

To our knowledge, no one bought “The Super Dangerous Wad Wad Edition.”

Make sure to let us know if we missed any collector’s editions that push the definition fandom and gratuity.

For more on everything gaming, stay here at Gaming Trend.