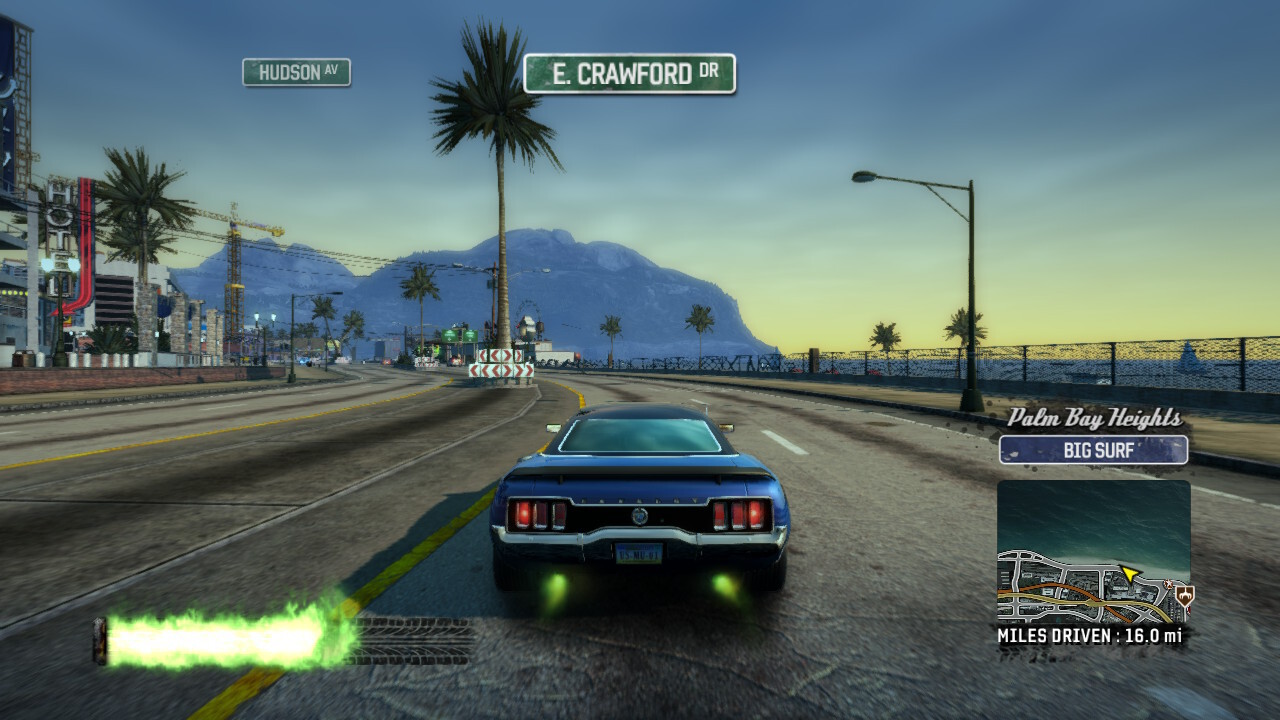 Boot up your Nintendo Switch, load Burnout Paradise, and hear that title screen song; nothing quite beats hearing Guns N Roses’ Paradise City once more. I kind of forgot this one existed since I didn’t play it nearly as much as I did Burnout 2: Point of Impact or Burnout 3: Takedown. The Burnout series is a relic in time; a time when you’d just get home from school, skip the homework, and just race fast cars, force everyone else off the road and break every possible driving law until you get called for dinner. Even if I didn’t drop as many hours into this one as I did the others in the series, I still felt that wave of nostalgia flood over me.

Let me run a short refresher of the game for those new to the Burnout series (completely understandable, since we haven’t had a new one since 2011’s Burnout Crash!). Paradise is a fan favorite, where we first got the opportunity in the Burnout series to enjoy free roam, open-world driving. Nowadays, you’ve got plenty of other games that are of the same genre, like Need For Speed Payback, Forza Horizon 4, and The Crew games. But, even those don’t quite hit the same way Burnout Paradise (and the series as a whole) does since nothing beats creating huge car accidents and having total disregard for the other racers (I know NFS Payback has that mechanic, but I never felt it was quite as good). Paradise was the pinnacle of the series and fully incorporated what the other Burnout games had utilised. You were encouraged to drive through the streets of Paradise City at insane speeds, build up your boost meter by driving recklessly (i.e wrong side of the road, too close to people, ramming other racers off the road), crash through billboards, and explore every shortcut and corner of the map. The idea was to learn the roads since you decided the route to win your race (and sure, you get given directions on where to go, but half the fun was picking your own route). 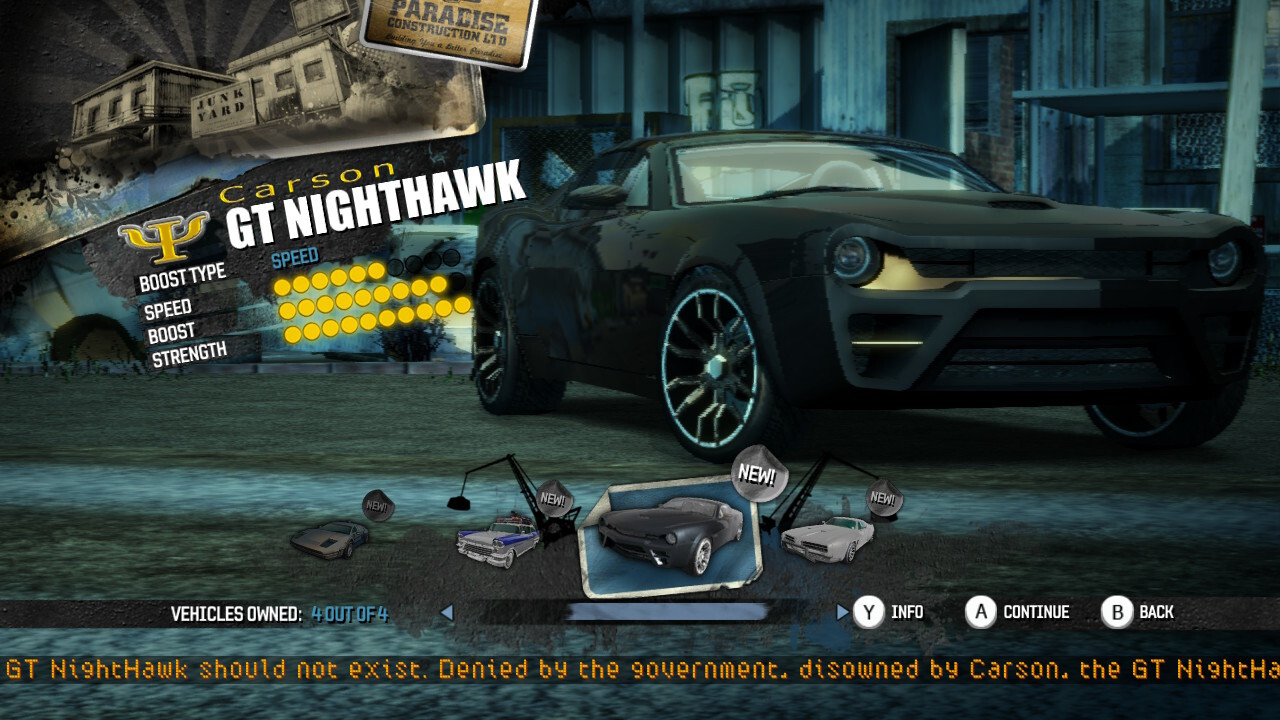 Receive all the best cars in the game from the very beginning, including the Legendary vehicles

One of the best things about this remaster is the ability to drive nearly all the vehicles (motorbikes included) from the beginning since purchasing the remaster gives you immediate access to eight of the total nine DLC available. This is fantastic since you can get right into the early races and have the best possible cars to take them on. Of course, there’s give and take to that since you won’t have the satisfaction of unlocking all those vehicles like you normally would in the original game. I also said eight of a total nine DLC packs are included, and the one that didn’t make the cut was the Time Savers pack. But, since the eight DLCs give you plenty of other vehicles, it doesn’t make all that much difference.

It is important to note that even though we finally got the remastered edition on the Nintendo Switch, it has been released for PC, PS4, and Xbox One for a while now. On those systems, you’ll definitely see graphical improvements, but as is Switch fashion it doesn’t look that fantastic. Of course, graphics aren’t the reason to buy a Switch, but for its handheld capability. It does need to be said that in its undock variant the game looks very blurry, which can make it pretty hard to read the onscreen text or tell where you are on the minimap. In terms of other areas, I found no issue with the frame rate, which was a pleasant surprise given that it’s an open world, high-speed racing game on a system like the Switch. However, I suppose the reason for that is the resolution scaling drops down at high speeds to prevent grievances like that, which can make it even more blurry. For example, if you were using a high-speed vehicle in a race, you immediately notice that traffic signs are very hard to read, which can make finding your way a little difficult. Not only that, but entrances to shortcuts can look like smudges, even if they’re ahead of you, so you’ll just have to rely on the on-screen navigator. This overall does make high-speed racing pretty difficult since you might find that (for example) you can barely make out whether it’s a median strip or small car ahead, and may accidentally take out an innocent driver in the process. 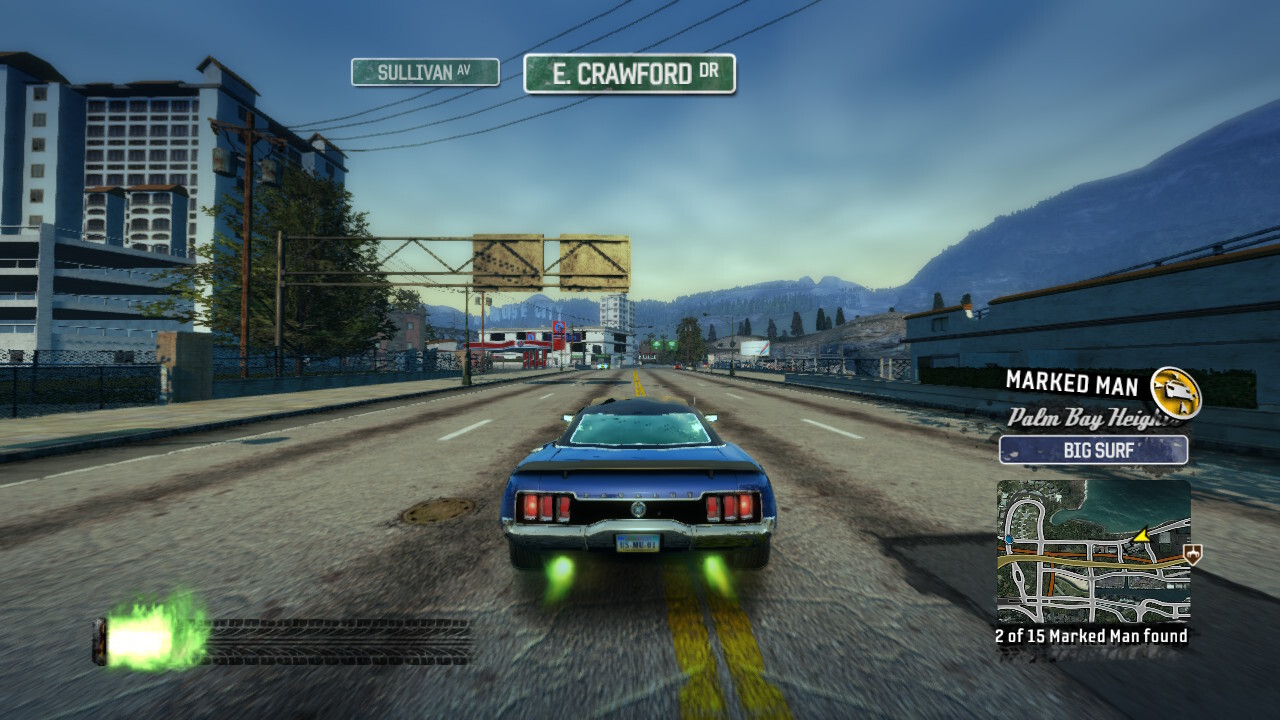 I should lastly mention the price; you’ve got to spend $50 to buy this game on the Switch. It’s a bit heinous to see that on a remaster. Sure it includes all the DLC, but if you were to purchase it on Steam (ignoring the current Summer Sale’s pricing) the ongoing price is no more than $19.99 and that includes everything that the Switch remaster has available (and without that blurring issue). The original price for the PS4 and Xbox One was even listed at $39.99, and that was over two years ago. That leaves a bit of a sour taste in my mouth; even if Burnout Paradise is one of the best Burnout games, let alone open-world racing games, to exist, I can’t 100% justify that price. But, if the price isn’t an issue and you want to play this one on the go, then by all means.

Burnout Paradise is a relic of a time when racing games dominated the industry. While that time has passed, the remaster is here in all its glory. It still shows its age, if not more when playing it handheld, yet nothing can deny the amount of fun this game is. You receive nearly all the DLC packs that were once available, making races seriously easy since you can pull a legendary vehicle out of the garage. Included DLC also explains part of the reason for the huge $50 price tag for a remaster of a 2008 game. Still, to hear that soundtrack and experience Burnout’s balls-to-the-walls racing action once more might be just enough for me to recommend getting this on the Nintendo Switch.

Burnout Paradise Remastered for the Nintendo Switch comes with its fair share of issues. You’ll experience a lot of blurriness playing it handheld, and might struggle making out what's what at high speeds even when playing it docked. Plus, there’s that big $50 price tag for a 2008 game. Yet, included in the remaster is eight of the nine premium DLC, which comes with nearly all the vehicles unlocked, as well as one of the best racing soundtracks to ever exist.

With a deep interest in writing, Ben followed that into a Journalism degree. As an avid lover for gaming, he is constantly expanding his library with console, PC, and VR games. He's obsessed with stealth games and loves hunting down the smallest of details inserted by devs.
Related Articles: Burnout Paradise Remastered
Share
Tweet
Share
Submit