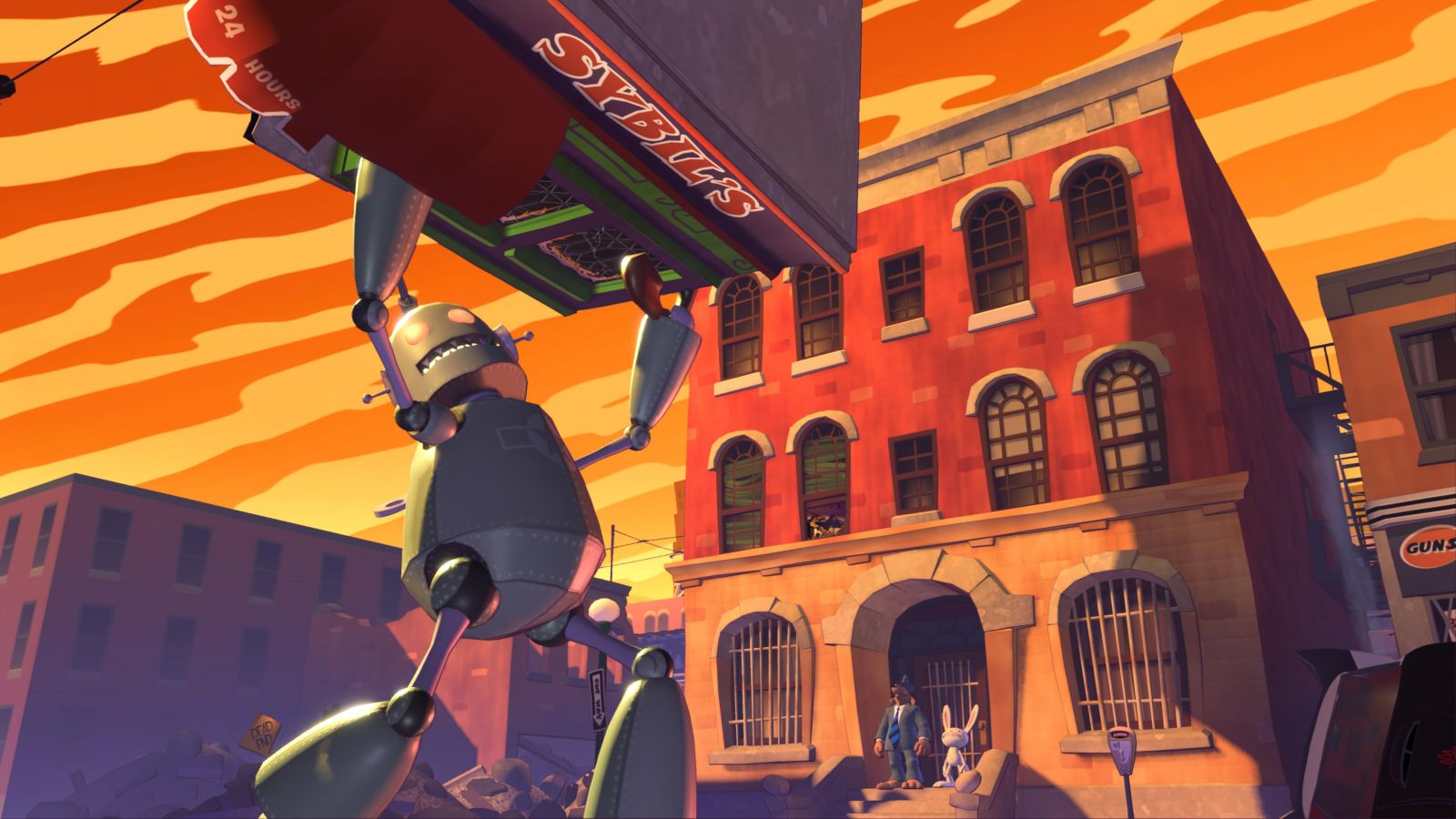 Sam & Max, the beloved freelance police duo, are back – well, somewhat. While not a new entry in the series, these remasters do mark the first time that Sam & Max Save the World has been available on a PlayStation console and provides a much better port of Sam & Max: Beyond Time and Space than what was previously available on the PlayStation 3.

But first, a quick rundown for those unaware of what the Sam & Max series is. Essentially, Sam & Max is a point-and-click adventure series involving the hilarious self-proclaimed freelance police duo who continuously finds themselves in ridiculous situations in which they must use their skills of interrogation, puzzle solving, and penchant for violence to solve. Each game is considered a season, and as such consists of multiple episodes, each around two hours in length and involving a self-contained story which ultimately links to a wider story which comes together in the final episode. 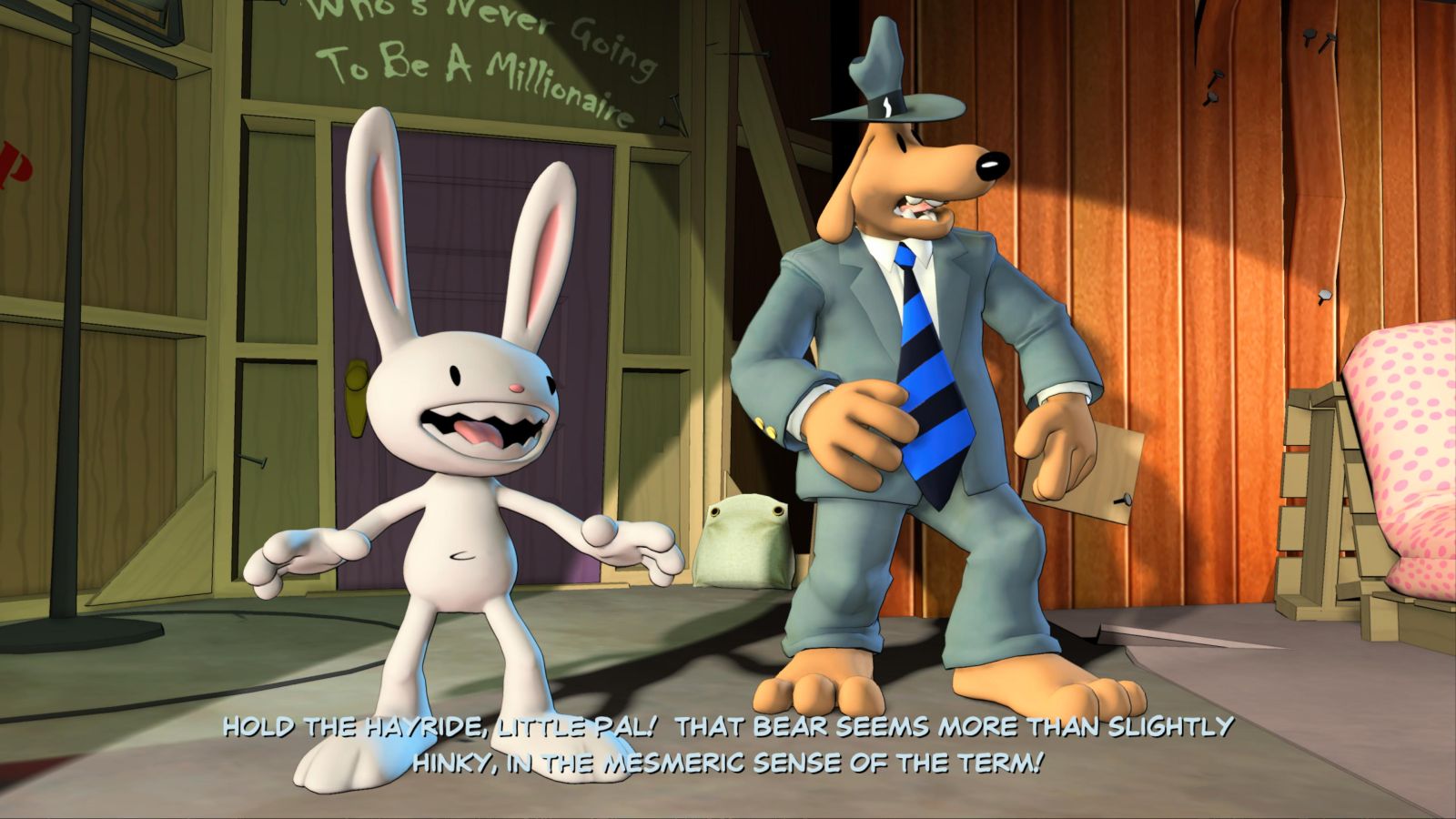 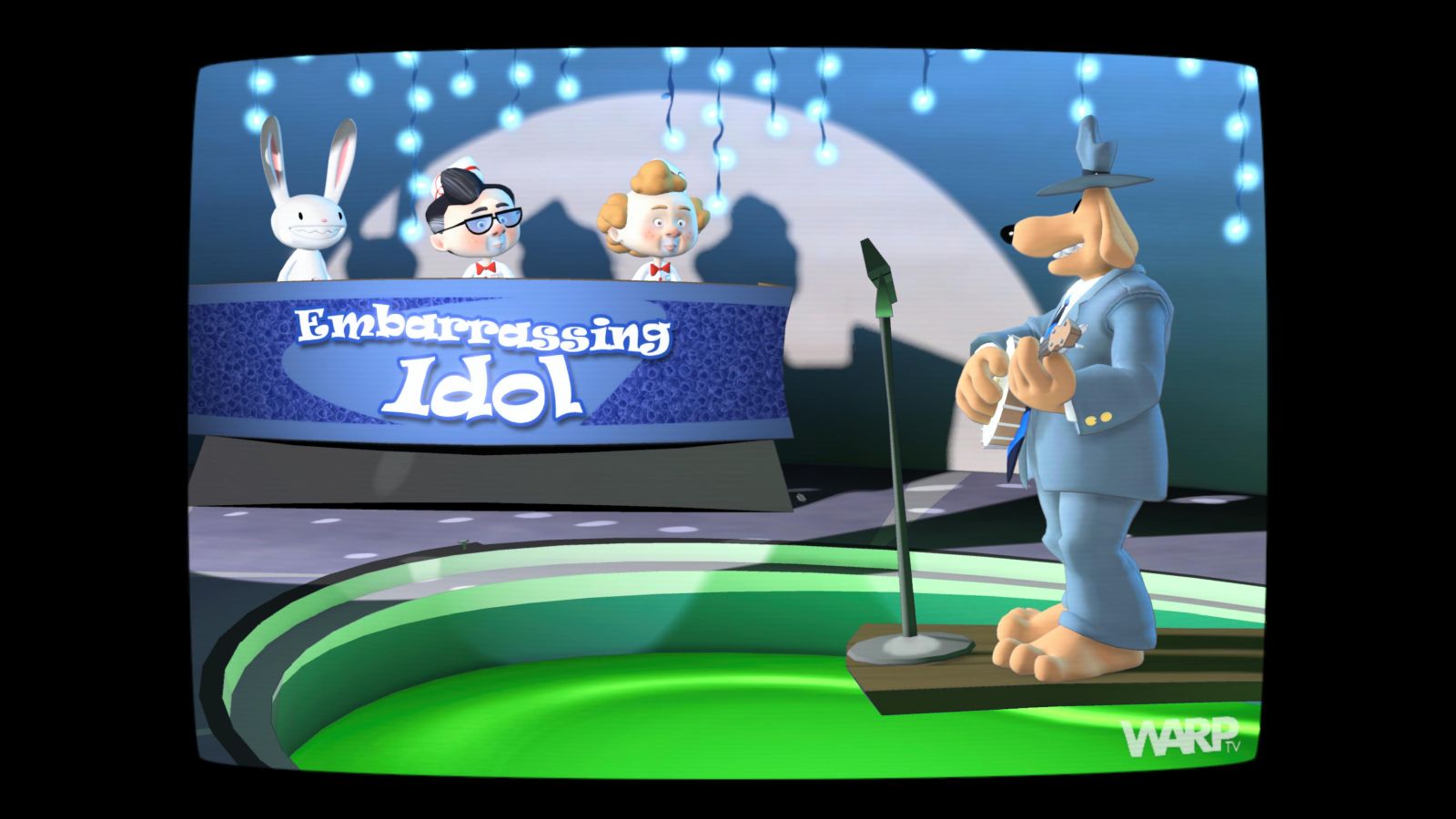 We’ve reviewed both Sam & Max Save the World and Sam & Max: Beyond Time and Space when their remasters were released late last year on the Nintendo Switch, so I won’t dive too much into the story or other details previously covered as this is essentially the same release, just now available on PlayStation consoles. Instead, I will focus on how this version runs and if it is worth checking out. But for those interested, here are our review summaries for both titles:

Sam and Max Save the World – Score 95 – “While Sam & Max Save the World remastered makes a few concessions for its console release and the touch screen support is lacking, it’s still a gorgeous and hilarious game that is well worth playing in any form.”

Sam and Max: Beyond Time and Space – Score 85 – “Sam & Max Beyond Time and Space may be the low point of the trilogy, but it’s still a laugh out loud game everyone should find entertaining. The remastered visuals are gorgeous, the soundtrack is incredible, and most of the puzzles are fun to solve.” 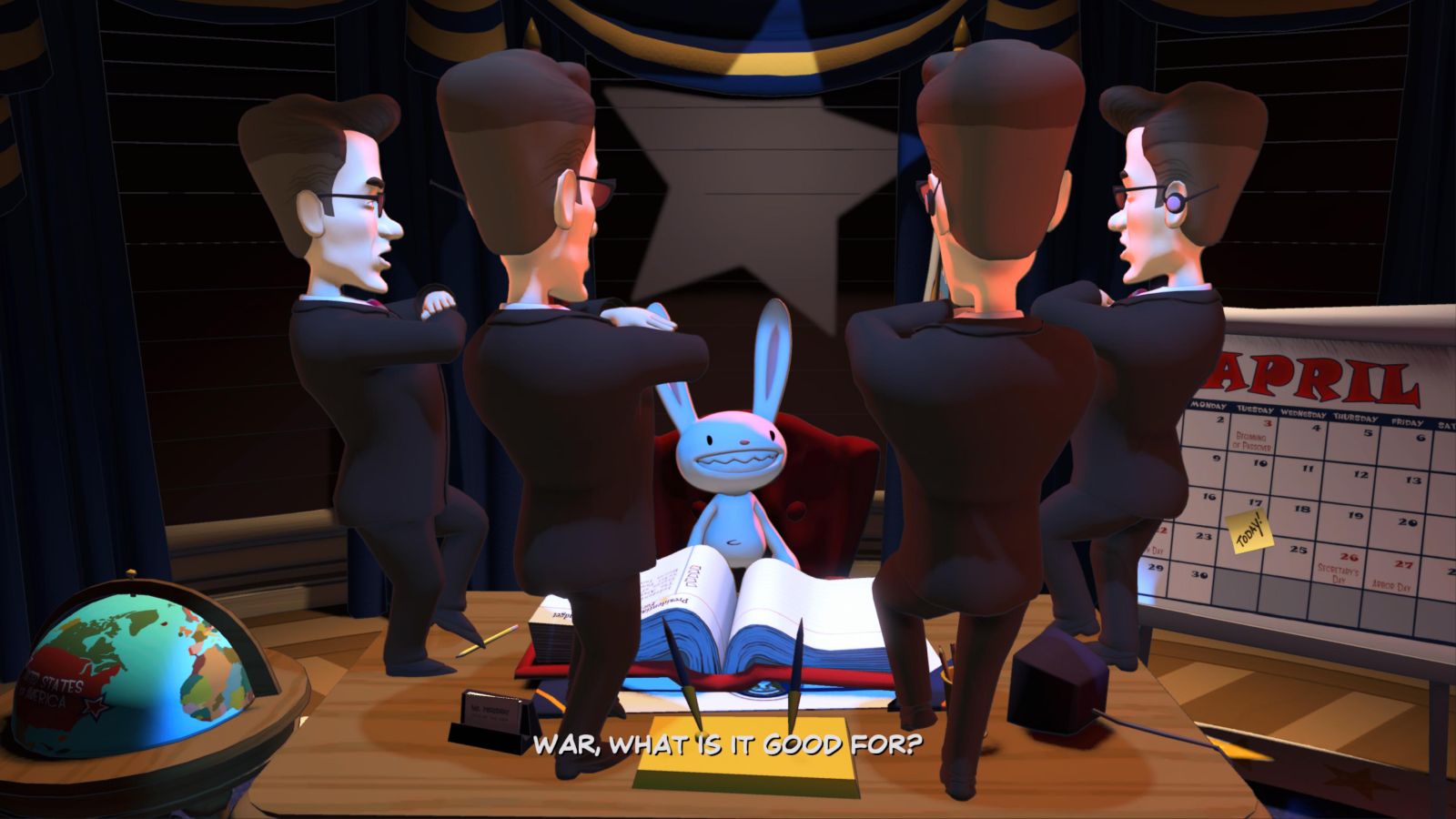 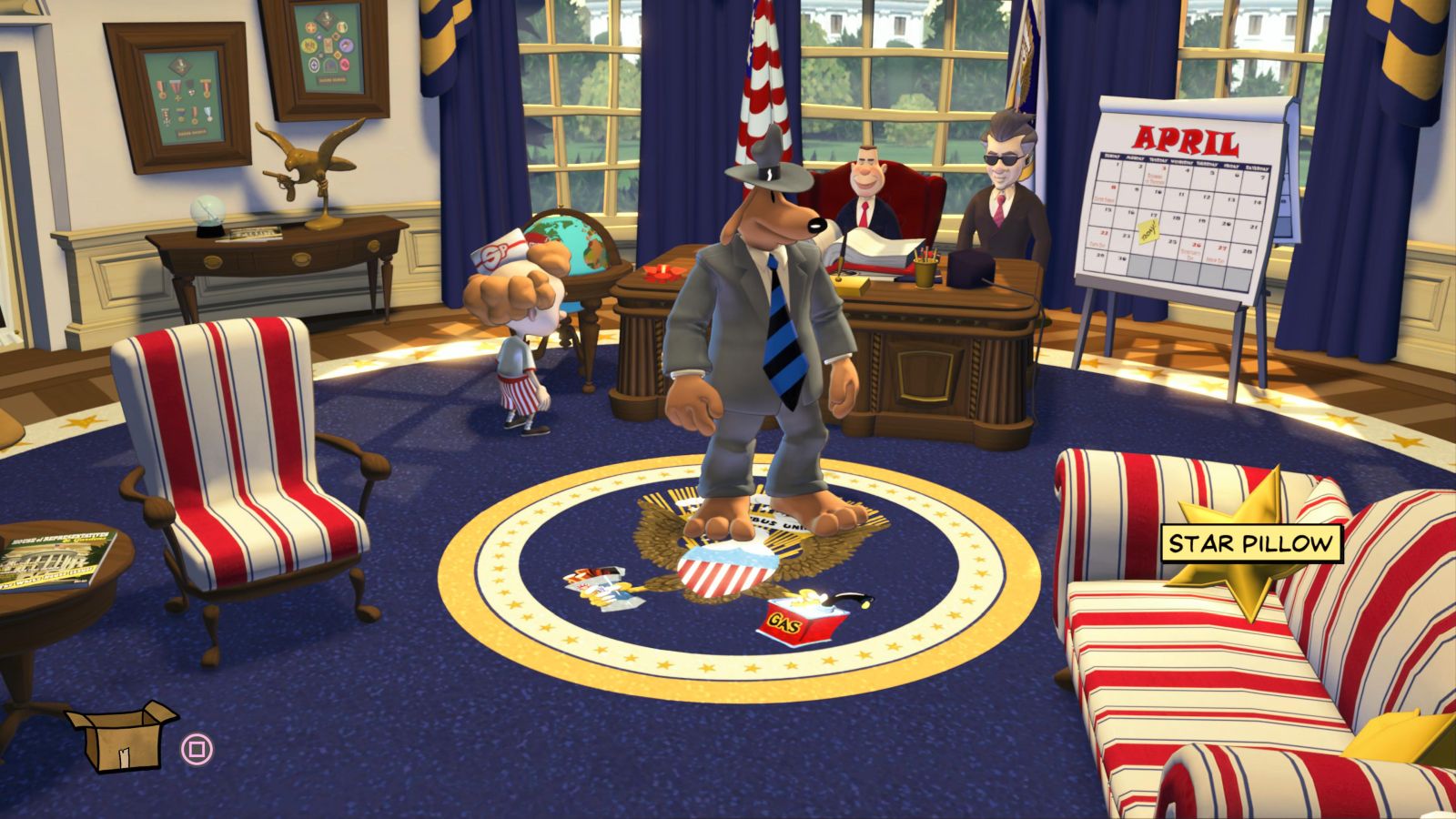 Sam & Max’s adventures are iconic to point-and-click gaming enthusiasts, and these lovingly crafted remasters honor the originals by keeping the gameplay and story intact, while also updating key aspects to the modern age so players new and old alike can experience these stories in glorious HD with magnificent sound quality. The original releases, while dated-looking by today’s standards, still hold a certain charm and thankfully these remasters understand that and in no way diminish what came before.

Each remastered title features up to a 16:9 aspect ratio, along with dynamic lighting. The audio, which in the original releases was extremely compressed, has been remastered from the original files to ensure the superb soundtrack and voice acting are allowed to shine, while one character, Bosco, was recast and had all his lines re-recorded. Other updates include rebuilding the light system from the ground up, a few tweaks to the script to help with continuity, upping the graphics for both the characters and environments to HD, the ability to use a controller or a mouse and keyboard to control, and new accessibility options such as the ability to skip driving or mini-game sections or to turn off flashing lights. Especially helpful is the ability to hold down L1 to see all objects in each area that you can interact with, saving you from the pixel hunt older point-and-click adventures sometimes led you on just to find a usable item hidden in the scenery.

Thanks to these updates Sam & Max Save the World Remastered and Beyond Time and Space Remastered are the definitive versions of these titles and I am happy to report that both titles run perfectly on the PlayStation 5. Each game offers 10 to 15 hours of playtime spread throughout five or six distinct episodes, and are chock full of hilarious scenarios, well-written dialogue, and a zany cast of characters. Both games are accessible and easy to jump into and understand, although those new to the series or point-and-click adventures in general may take a bit of time wrapping their heads around the sometimes obtuse, but often hilarious and clever, puzzle solutions. 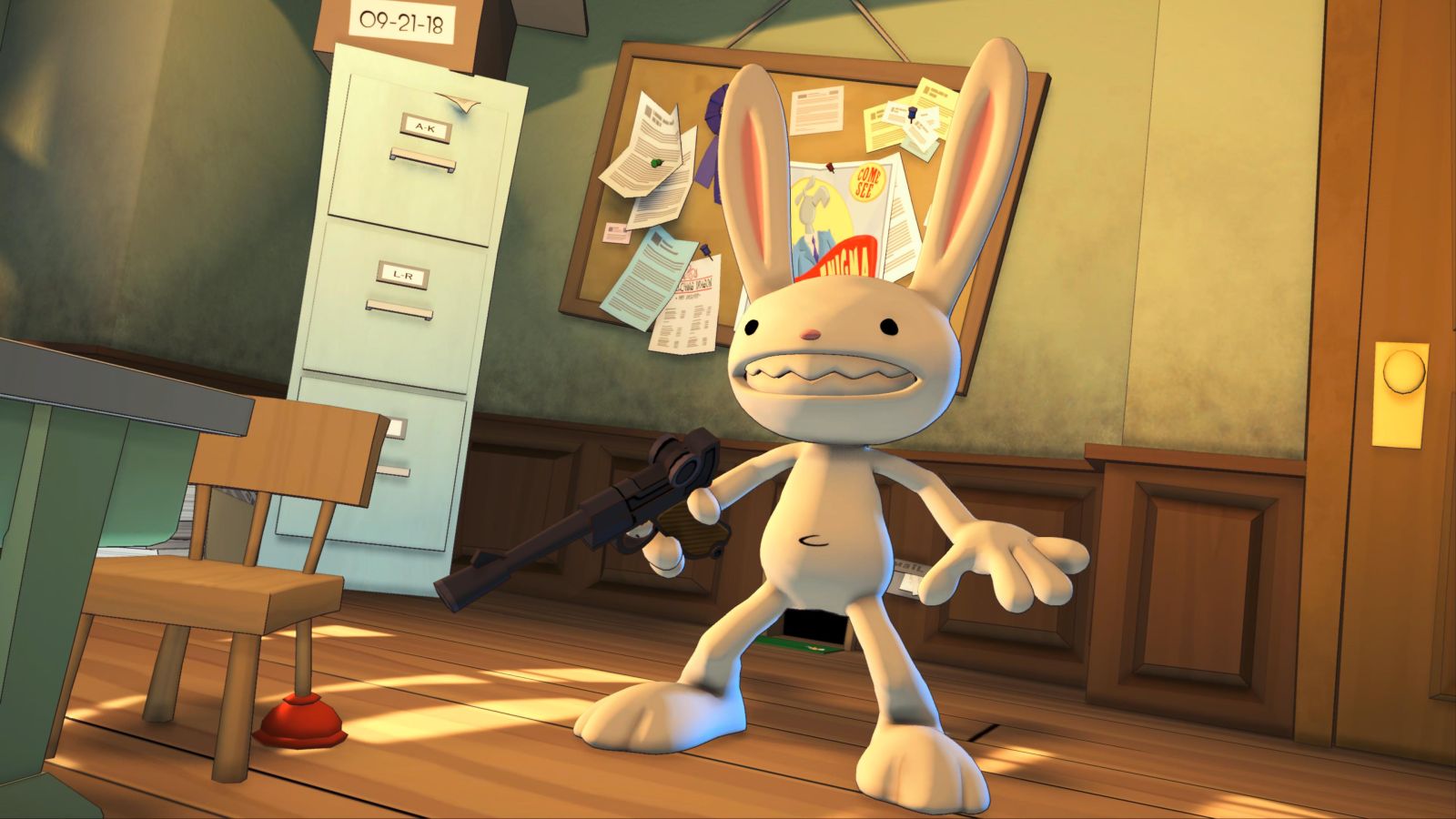 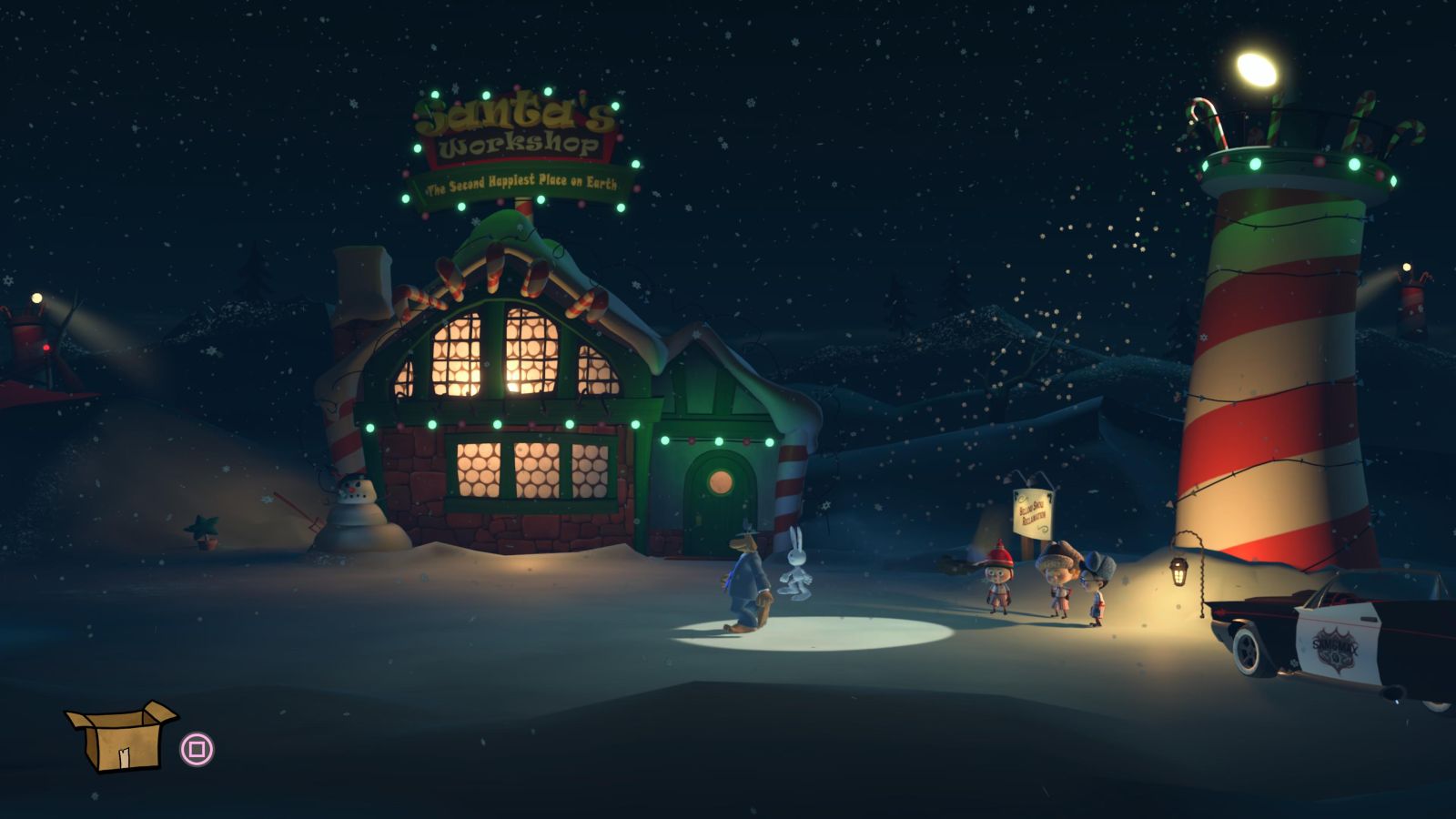 During my time with these remasters, I encountered no issues of any kind.  Both titles move at a brisk pace, never stutter, or fall victim to any graphical hiccups. They essentially feel as if they are modern games rather than a remaster of 15+ year old releases. The graphics look incredible, with vivid and often comical details scattered throughout each environment, and with the characters themselves moving fluently and reacting to the events unfolding with much more emotion than previously possible.

If you’ve played the previous releases of these remasters then there is no reason to check this release out, but if you haven’t played a Sam & Max game in a while or if you are a newcomer, these are the definitive versions and a great introduction to these characters.

Both Sam & Max Save the World and Sam & Max: Beyond Time and Space remain great games after all these years. These remasters honor what made the originals special, while simultaneously modernizing the games. Updated graphics, audio, and accessibility features are just a few of the quality-of-life improvements found in these charmingly bizarre yet well-crafted adventures. New players and old fans alike will find plenty to love.

Richard Allen is a freelance writer and contributing editor for various publications. When not writing for Gaming Trend you can find him covering theatre for Broadway World, movies and TV for Fandomize, or working on original stories. An avid retro gamer, he is overly obsessed with Dragon's Lair. Chat with him via @thricetheartist on Twitter and @richardallenwrites on Facebook and Instagram.
Related Articles: Sam & Max Remastered
Share
Tweet
Share
Submit