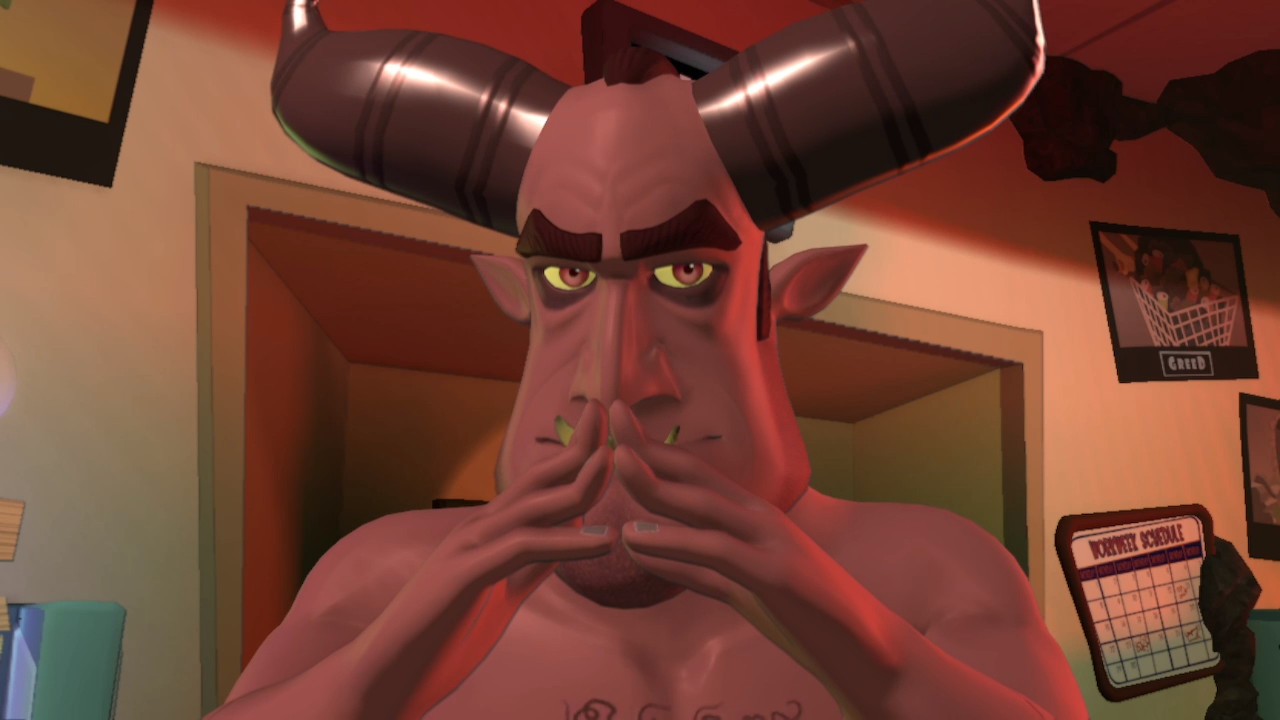 Jumping jackalopes parading down the streets of New York, it’s another Sam & Max remaster! Last year, Skunkape brought us the Freelance Police’s first season of adventure games and now the duo are back just in time to save Christmas! Or maybe ruin it? Depends on your definition of “save”…

Sam & Max Beyond Time and Space takes place shortly after the first season. Max is still the president of the United States and Leonard remains bound and gagged in the closet. It’s around the holidays and a Maimtron 9000 has just been delivered to their doorstep from the pagan god Santa Claus. The duo hop into the Desoto to stop Santa, only to find he’s been possessed by a demon. To exorcise the demon, you’ll have to engage in the typical adventure game fare of picking up everything that’s not nailed down, talking to everyone, and using everything in your inventory on everything else. Gameplay is exactly the same as the first season, aside from a few new minigames (which you can skip with a setting in the options), so you know what to expect.

While not breaking any new ground in the adventure game genre, Sam & Max serves mostly as a vehicle for jokes and, as usual, is absolutely hilarious. Many characters from the first season return like the paranoid Bosco, the COPS, or the weird relationship between Syble and the stone head of Abraham Lincoln, but there are more than a few new faces such as Girl Stinky and Jimmy Two-Teeth’s family. They all add something new to the comedic pool and many of their personality traits actually matter in puzzles. This can be pretty funny, like using Girl Stinky’s stocking to get some coal, but others like Timmy Two-Teeth’s terminal turrets syndrome haven’t really aged well. Skunkape couldn’t have changed this like with Bosco’s voice actor in the first season because it’s integral to some clever puzzles, but it’s something to be aware of going in. Aside from that, the humor is firing on all cylinders this season and is well worth playing for that reason alone.

The puzzles themselves, however, are a bit of a step down from season one. Many solutions dive deep into moon logic in a way that feels more “how could I have possibly figured that out?” rather than “oh that’s clever!”. While you can adjust the frequency of Max’s hints, they’re far from helpful and I ended up needing some outside help at least once in each of the five episodes, usually a few times. (Special thanks to the Universal Hint System!) Still, it’s hard to stay mad at a game that makes you bust a gut every few minutes. 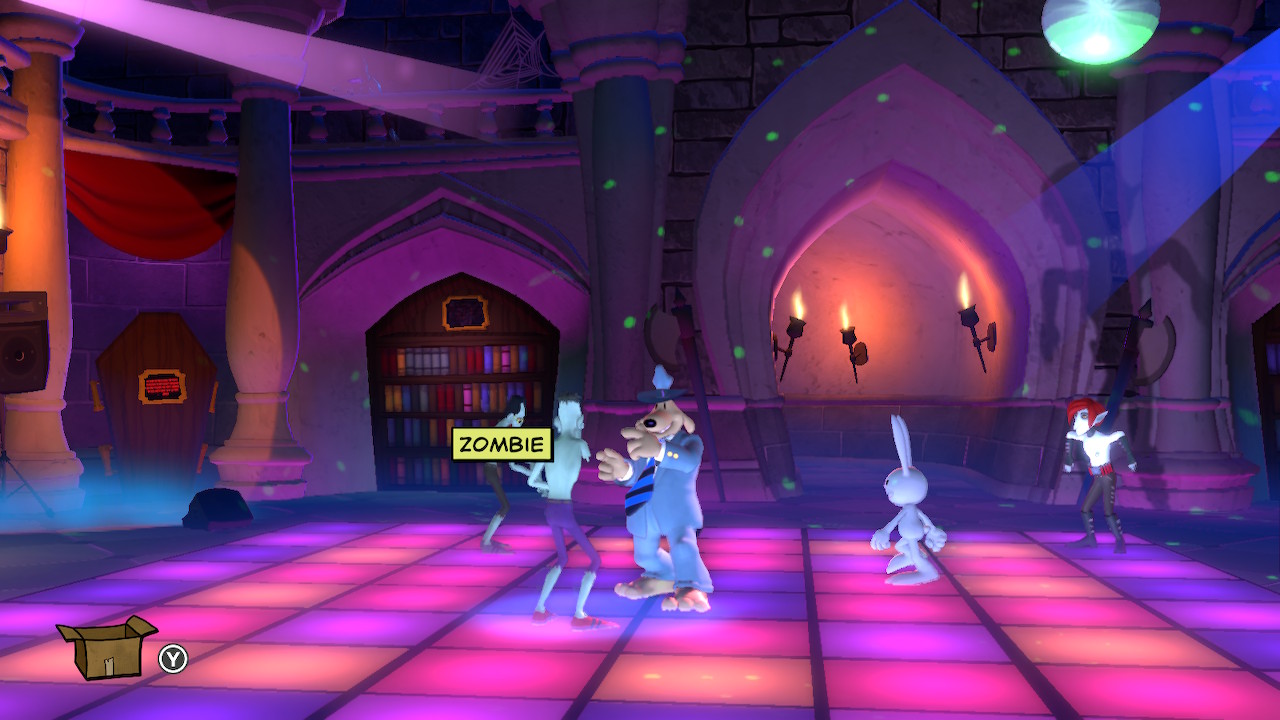 This being a remaster, the visuals are improved dramatically from the original and are absolutely stunning. It gives the game a more timeless look, with colors that burst from the screen and some great lighting.Performance still isn’t perfect on Switch, you’ll really only see 60 fps when you time travel to the beginning of the universe, but it’s overall more stable than the first season. There were exactly two areas where the frame rate became noticeably low: the entrance to Stinky’s and outside the castle in Stuttgart, and that was only in docked mode. I played mostly in portable mode with headphones on to appreciate the incredible, rerecorded soundtrack. While the controls are still a bit clunky but serviceable, the touch controls felt somewhat improved being able to move Sam around by touching and holding on the screen. You can swap between the two styles seamlessly, so I would recommend touch for everything but the minigames as targeting on a controller can be very finicky.

Sam & Max: Beyond Time and Space

Sam & Max Beyond Time and Space may be the low point of the trilogy, but it’s still a laugh out loud game everyone should find entertaining. The remastered visuals are gorgeous, the soundtrack is incredible, and most of the puzzles are fun to solve.

David is the kind of person to wear his heart on his sleeve. He can find positives in anything, like this is a person who loved Star Fox Zero to death. You’ll see him playing all kinds of games: AAAs, Indies, game jam games, games of all genres, and writing about them! Here. On this website. When not writing or playing games, you can find David making music, games, or enjoying a good book. David’s favorite games include NieR: Automata, Mother 3, and Gravity Rush.
Related Articles: Indies, Sam & Max: Beyond Time and Space
Share
Tweet
Share
Submit