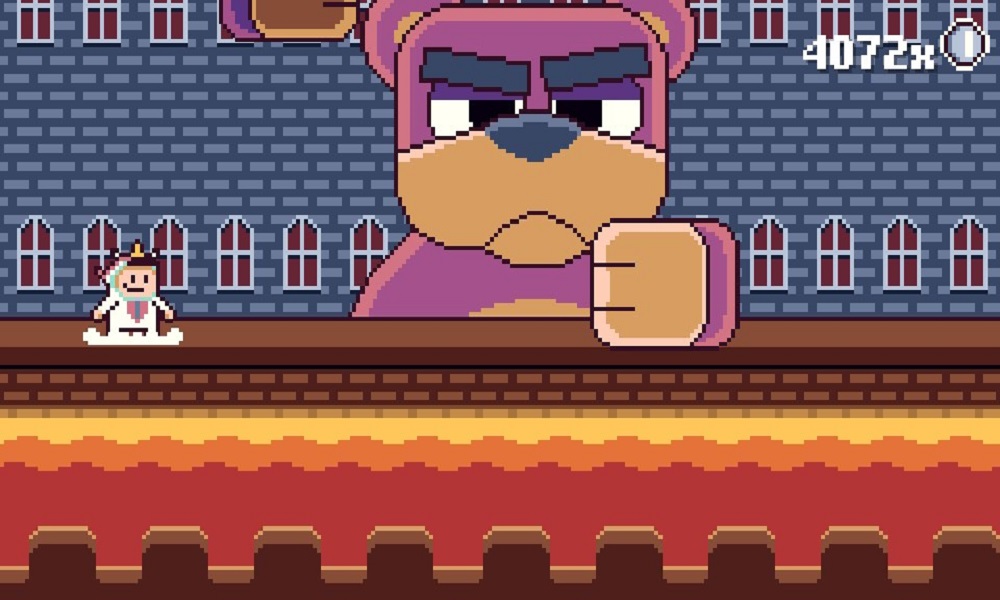 They say that in the Vita’s twilight years, there are two things that are constant: Death, and Ratalaika Games. While the handheld was discontinued earlier this year, it seems like the indie publisher continues to dole out digital releases on the platform (which works for me, seeing as how I actually bought a Vita last month). We’ve covered quite a few Ratalaika releases in the past, but seeing as how Super Wiloo Demake was available recently, I decided to check it out on the Vita.

Boy, did I make a mistake. 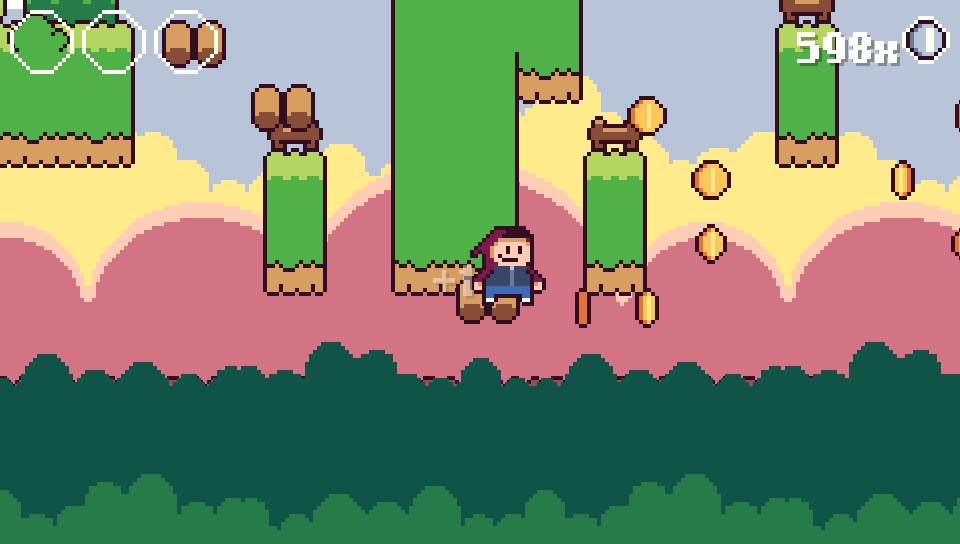 Super Wiloo Demake stars Wiloo and Agatha as their dog gets stolen by the evil Dr. ETvaldo, the latter of which thinks animals make people happy (which, in all honesty: True). You control one of the pair as they go across five worlds of “fun” and “challenge” to rescue their dog, all the while avoiding enemies and beating bosses that have been brainwashed into defeating our heroes.

While this does look like a generic 2D platformer, I can guarantee you it’s much worse. On the surface, it looks like a regular Ratalaika Games-published platformer, with enemies and bottomless pits you have to avoid. While Wiloo and Agatha go down in one hit, you can grab some suit powerups scattered around the different worlds that will help you out, from a unicorn onesie that lets you shoot out horns to a bee suit that makes you recite the whole script to Bee Movie. (Okay, it only lets you fly.) 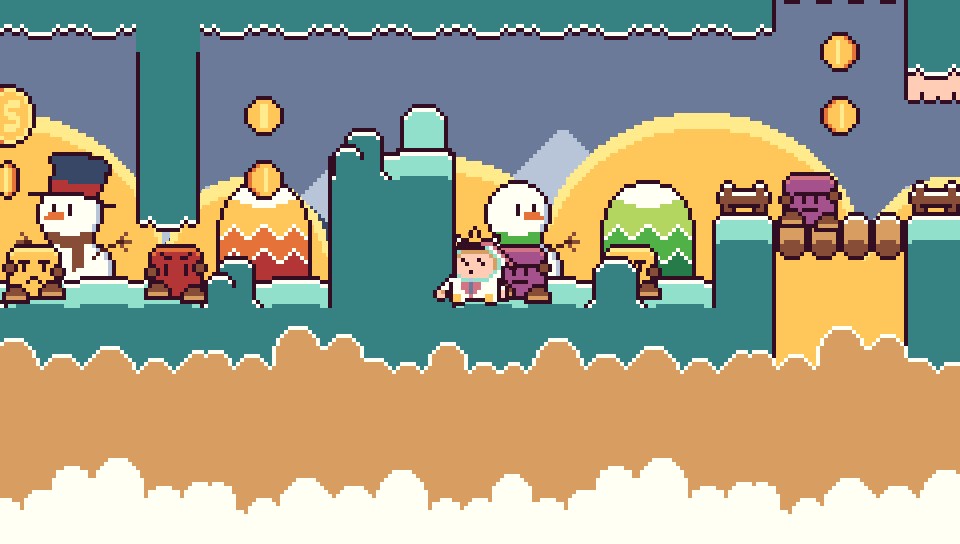 If this makes the game sound more exciting, unfortunately in practice it’s a snoozefest. There aren’t many collectibles to find, just coins scattered around levels that regenerate; aside from obtaining easy trophies early on, there isn’t much incentive to collect coins after the first two worlds. You can also grab bigger S coins that will unlock match game bonus levels, which are unfortunately too random to actually work. Doing well on these levels will give you the ability to stock suits to use in later levels, which is a nice touch, but isn’t really worth the hassle. You can actually finish all the levels without using a suit, with the only reason getting one being the extra hit you can sustain.

Are there problems with this game? Plenty. While it’s perfectly functional (which means it’s already leagues better than Little Adventure on the Prairie), the game just feels sluggish and meaningless. Each level feels like a boring slog. There’s no reason to keep moving forward, and even though there are coins littered around the levels to collect, they’re all meaningless in the grand scheme of things. Enemies come in three varieties: regular moving ones, irregular moving ones, and homing ones. They’re basically palette swaps of each other, and keep repeating endlessly. You can basically jump on them and be on your merry way. Bosses pepper the end of each world, and they all boil down to, “attack the head when it stops throwing things your way.” 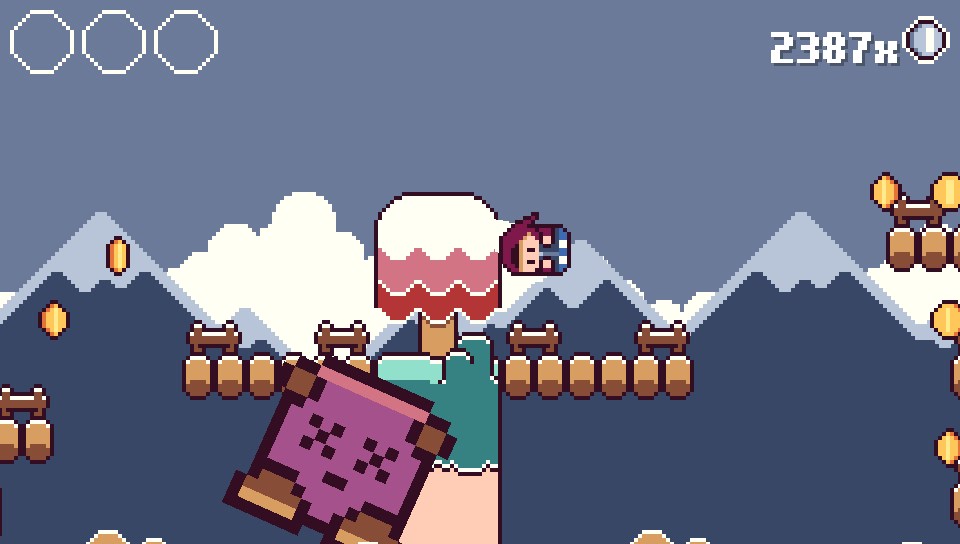 However, what stops this from being a snoozefest and becomes a raging heap of garbage is the fact that the controls are very inaccurate and slippery, never mind the fact that this is before you take in consideration the ice world. It never feels quite right, and there were a lot of times when I felt like I shouldn’t have died from a jump but did because the controls weren’t cooperating. A great example of this is in the last world, where there are tons of ladders you have to navigate consecutively. While most platformers will allow you to reset your jumps and positioning to make you more comfortable, Super Wiloo Demake does its very best to make sure you fall into the bottomless pit below. Oh, and the ice world mechanics? Turns out the developer didn’t want to program specific platforms to be ice, so every level is ice. Doesn’t matter if it literally is ground, the whole level is programmed to make Wiloo slip. Heck, even some levels in the final world has this mechanic, and it’s a fire world! If you ever want to experience weeping and gnashing of teeth, play this game. If you want more frustration, you can also try hard mode, which features permadeath; die literally once and you have to start the game over again. Considering the controls will get you killed in the first few levels, you’d best be prepared to exploit those cloud saves if you want to survive.

On a technical standpoint, there’s even slowdown on the Vita version. Let me remind you, this is an 8/16 bit game with not much going on. It doesn’t do anything to affect playability, but it’s noticeable as all heck. The music is forgettable, save for the nice little jingle that plays when you get hit or fall into a pit. Fun time had by all, I’m pooped.  I’m not sure why the developer thought it was a good idea to put Demake in its title, seeing as how there isn’t even a Super Wiloo game to modify, but I’m guessing it was a marketing ploy. Look, I’m not saying I want a Super Wiloo, I just want to see the source material is all. 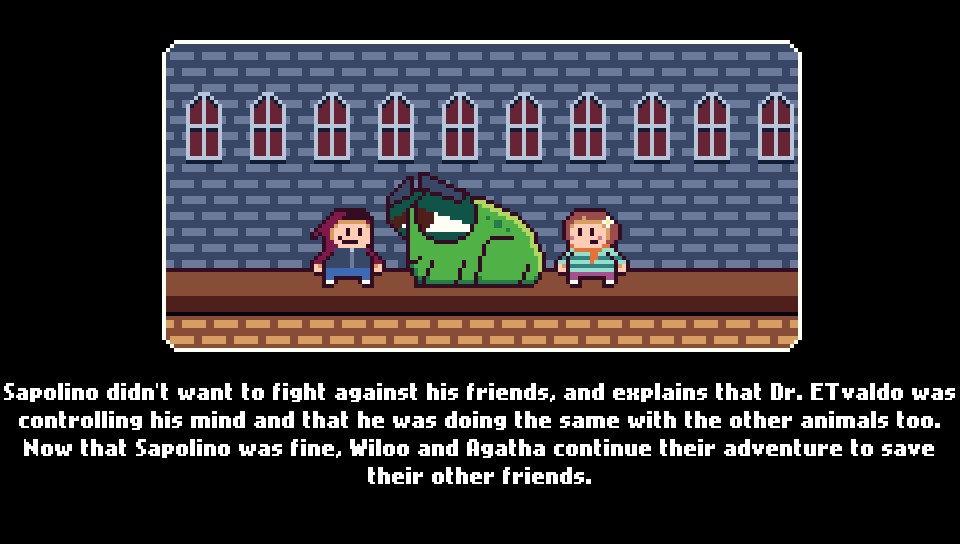 Really, the only saving graces are the fact that the in-game cutscenes when you beat the bosses (which are text screens, but still have that “so bad it’s good” feel to them), and the fact that it’s a pretty simple platinum trophy. You can actually attain this by the time you beat the second world (in around 30 minutes), so that’s something, I guess. The whole experience is around two hours long; it felt like 20, and not in a good way. A good measure to see if I enjoyed a Ratalaika Games title is if I wanted to keep playing after I got the platinum.

In the wake of the Vita’s official death, there are few titles to look forward to: Super Wiloo Demake is not one of them. With clumsy controls, uninteresting art style, and an overall sense of generic settings, this is a game you should definitely skip unless you really want that trophy.

Elisha Deogracias is an aspiring accountant by day, freelance writer by night. Before writing for Gaming Trend, he had a small gig on the now defunct Examiner. When not being a third wheel with his best friends on dates or yearning for some closure on Pushing Daisies, he's busy catching up on shonen manga and wacky rhythm games. Mains R.O.B. in Smash. Still doesn't know if he's a kid or a squid.
Related Articles: Indies, Super Wiloo Demake
Share
Tweet
Share
Submit