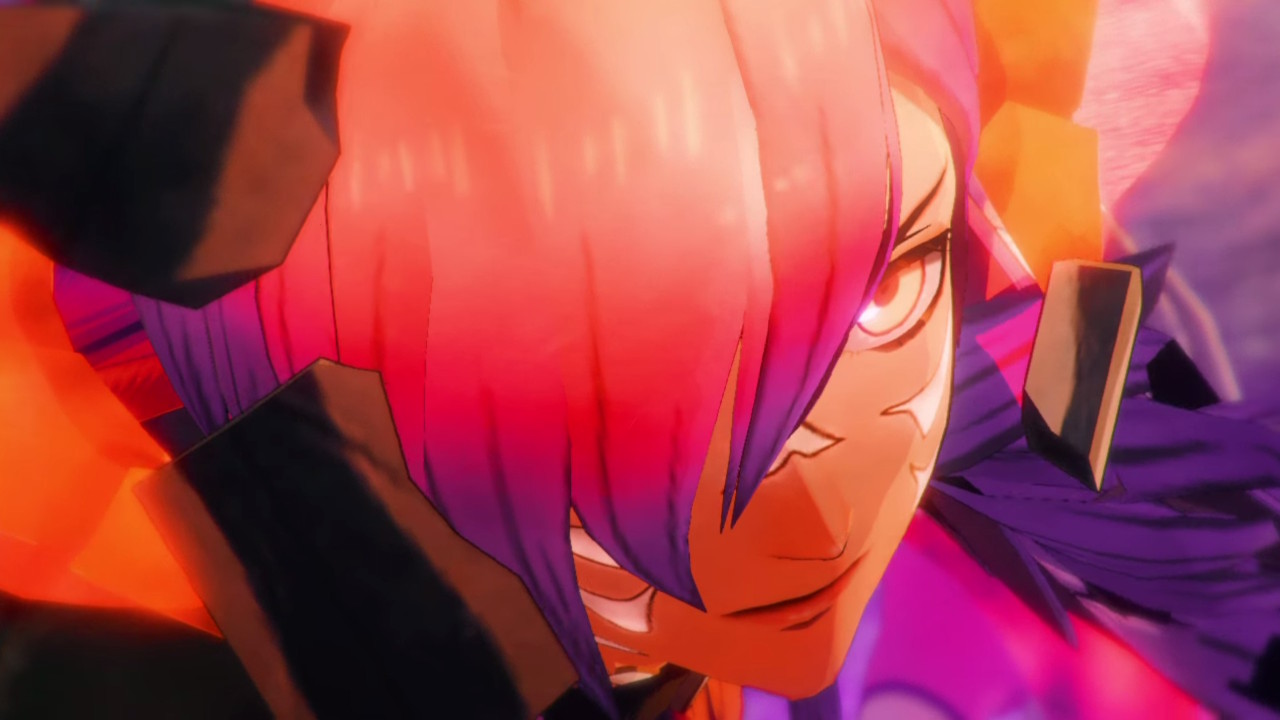 Fire Emblem Warriors: Three Hopes review — Back on the warpath

Fódlan is at war once more. The conflict between the three nations may be familiar, but some of the players are new. It appears the fate of the continent now rests on the shoulders of a different mercenary caught up in the affairs of Garreg Mach Monastery’s three houses. After their mercenary company is slaughtered by the Ashen Demon, in a quest for revenge they’ll join one of the three houses and turn the tides of the war.

Fire Emblem Warriors: Three Hopes is essentially a reimagining of Three Houses. While Byleth was the protagonist in the original game, here you take on the role of Shez. This changes the game a lot more than you would expect. While Three Houses saw you spend half of the game as a professor at the Officer’s Academy, Three Hopes wants to get to the war as quickly as possible with you spending only two weeks as a student, and most of that time is skipped over. As someone who went in completely blind, not even knowing Byleth wasn’t the protagonist, this time skip was a bit disappointing, but in the end I appreciate that the game gets going as quick as it can after a fairly slow prologue.

As you may know from other spin offs such as Persona 5 Strikers and Hyrule Warriors, Three Hopes is a Musou game; action games where you fight hundreds of enemies at once in spectacular fashion. You’ll feel right at home here if you’ve played any other games in the subgenre, with combos utilizing Y for normal attacks and branching off with X for finishers. The grunts littered about the battlefield aren’t your focus, however, with slightly more powerful units occupying strategic areas. To defeat them, you want to use attacks they are weak to (remember the FE weapon triangle?) which decreases their shield gauge. Once it’s empty, you can press X near them for a devastating special attack. Likewise, after building up the Warrior meter, you can press A at any time for another special attack which will usually kill anything in its path.

While it’s not new to the genre, Three Hopes places a lot of emphasis on ordering your units to defend checkpoints, capture fortresses, and attack enemy units. You can open the map at any time with ‘+’ in a battle, then simply hover over an ally and press A or ZR to issue orders. To add more Fire Emblem strategy flavor, you can pair up units with the Adjudents system to have them follow up on your attacks, swap to them at any time, and increase affinity between the two. In addition to abilities used by holding R and pressing Y or X, you can press B in this submenu to heal with a vulnary or A to Awaken when the meter is full. For most characters, awakening simply increases your stats to make you hit harder and move faster, but Shez actually transforms with new, horn-like appendages growing out of their arms and head. 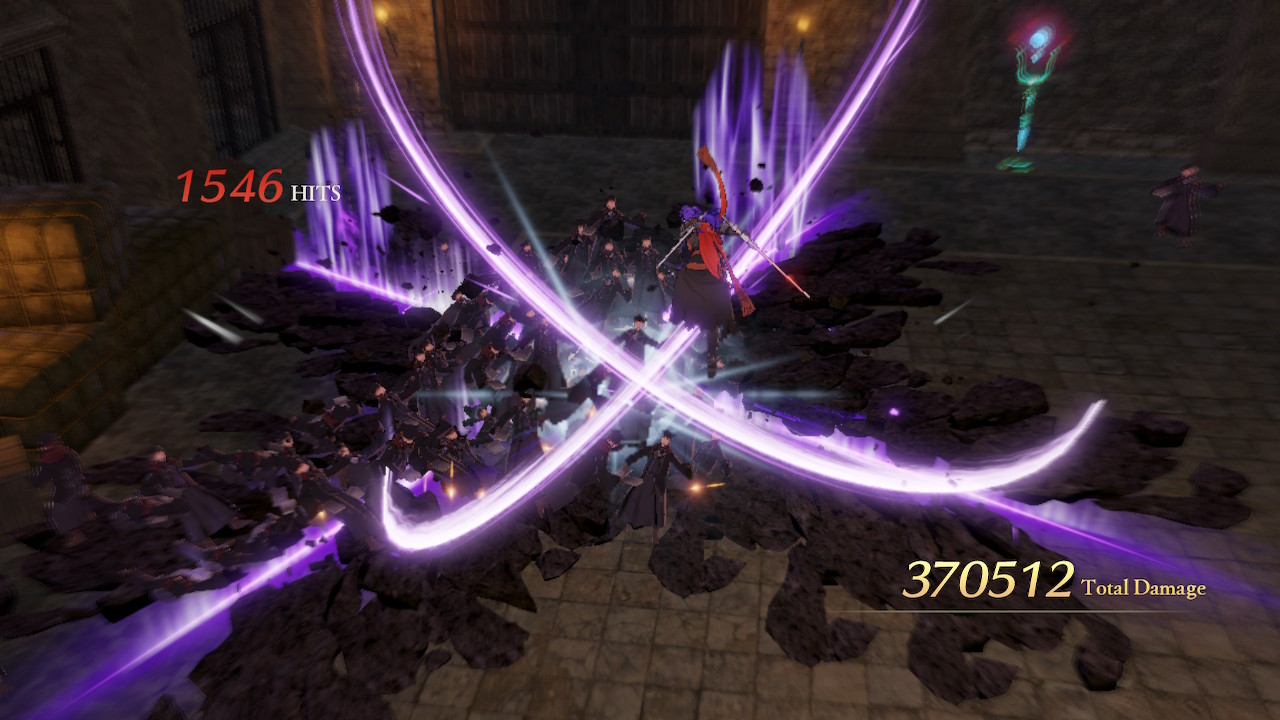 When not on the battlefield, you’ll explore your nation’s forward camp. Here, you can talk to anyone in your army, give them gifts, and access various services like a blacksmith, training ground, or mess hall. Increasing affinity between two characters will unlock their support conversations, if they have any, and cause Adjudant actions to occur more often in battle. In a disappointing move, S rank supports are nowhere to be found here, so you can’t get married or pair characters off. The social aspects introduced in Awakening have a lot less emphasis here, and I feel most supports now lack some of the nuance the characters had in Three Houses.

For example, I played the Black Eagles route and Ferdinand (Rest in Peace, Billy Kamitz, we lost a truly great person and actor) had a lot of screen time in the main story, making me like his character a lot more than the original. While his final support did deal with his character development, his other two were mostly just about how he thinks being noble is great. In a more exaggerated example, Bernadetta’s abusive father is reduced to a cowardly joke here and his actions towards his wife and daughter are never brought up in this game. You’re clearly supposed to dislike him, but the lack of depth makes Bernie’s eventual decision to save his life in the main story have basically no impact. 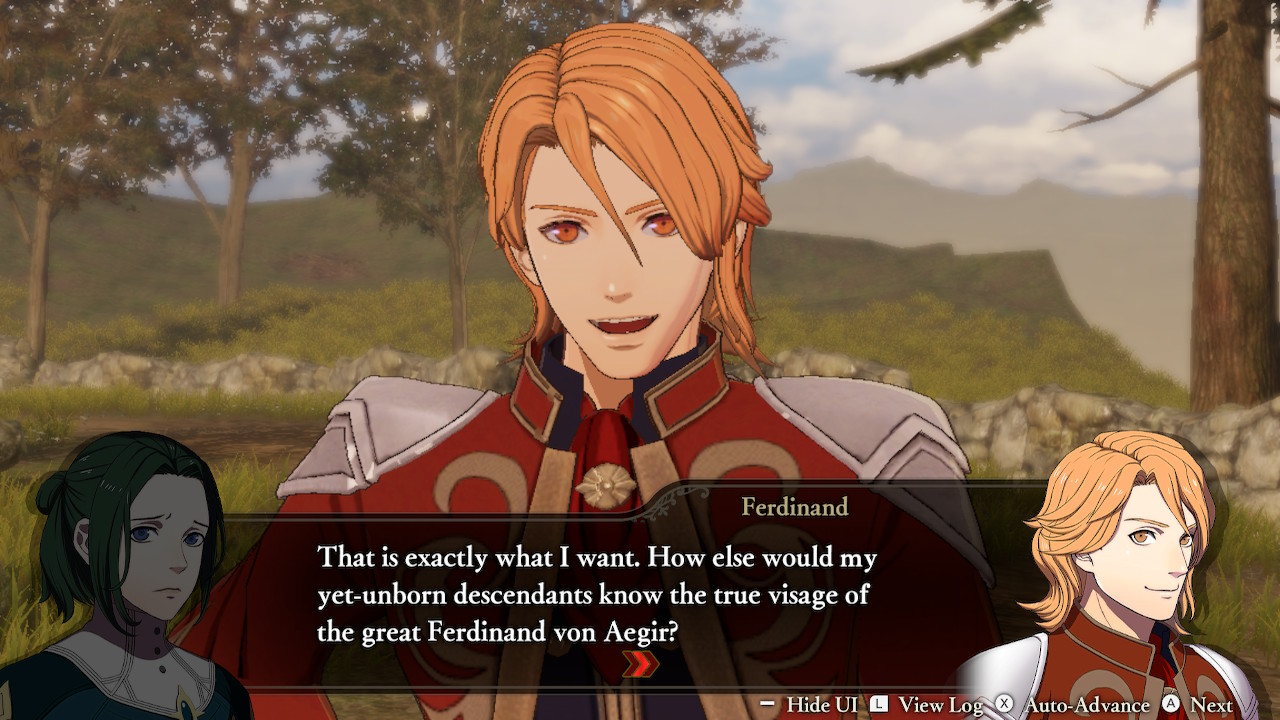 Other than that, managing and interacting with your army is a lot of fun here. You can manage all playable characters’ equipment, classes, and passive abilities to really customize your experience. I had Shez multiclass into just about everything, making them equally adept at both magic and swordplay in their unique Asura class, while Caspar started as an ax wielder and became a punchy boy. I find the Optimize button doesn’t pick great builds, so avoid that when possible. Making character builds as broad or narrow as possible is very simple thanks to facilities like the training grounds, which let you level up classes, even those you don’t plan on using, to get attacks and abilities to equip on other classes. Using the training grounds consumes Training Points, of which you only have a limited supply per chapter. You also have a stock of Social Points to be spent on things like cooking meals to buff your army for that chapter, volunteering to increase affinity between three characters, and going out on expeditions with a unit to talk with them. Separating Training and Social Points is very convenient on paper, but I find it makes you a bit too overpowered very quickly. Three Houses had you choose between affinity and levels each week, with a few freebies coming in the form of class lessons, but here you just get the full extent of both for free. By part two, I had maxed out Shez’s affinity with every single character and had seen all the supports I cared about.

Despite these issues, Three Hopes is a ton of fun with exciting, flashy combat, great (if less developed) characters, and multiple routes throughout the story. If the Black Eagles route is any indication, each path will take about 40 hours to complete. Thankfully, you can use new game plus to bring your levels, supports, items, and even exclusive bonuses into future playthroughs to make things easier. Along the way, you’ll be jamming to some excellent music both of the traditional classical and butt rock varieties, with the two seamlessly swapping when you open a menu. As a final note, the game runs pretty dang well – keeping above 30 fps at all times and sometimes hitting the coveted 60 fps, even in splitscreen. This doesn’t quite top P5 Strikers for me, but it comes in a very close second.

Fire Emblem Warriors: Three Hopes review — Back on the warpath

What Fire Emblem Warriors: Three Hopes loses in the social aspects, it more than makes up for in fun combat and three engaging stories. Seeing the Three Houses characters in a different scenario is incredibly interesting, especially with Byleth now playing the villain. This is a rock solid action game that perfectly compliments its sister title.

David is the kind of person to wear his heart on his sleeve. He can find positives in anything, like this is a person who loved Star Fox Zero to death. You’ll see him playing all kinds of games: AAAs, Indies, game jam games, games of all genres, and writing about them! Here. On this website. When not writing or playing games, you can find David making music, games, or enjoying a good book. David’s favorite games include NieR: Automata, Mother 3, and Gravity Rush.
Related Articles: Fire Emblem Warriors: Three Hopes
Share
Tweet
Share
Submit