I vividly remember the first time I heard that Studio Ghibli was making a game. The promise of Ghibli storytelling and art paired with the freedom of a JRPG setting did not disappoint, and I fell in love with Ni No Kuni: Wrath of the White Witch. Returning to the world of fairies is a treat six years later, as Ni No Kuni makes the jump to Switch, bringing with it all the stellar voice acting, delightful hand-drawn animation, and delightfully loveable characters from the original PS3 release.

It is worth noting that this is a port of the PS3 version, not the DS version, Ni no Kuni: Dominion of the Dark Djinn, which so far has not been released outside of Japan. It is a bit of a disappointment, as you will simply be selecting spells from a list, rather than using the Switch’s touch screen to draw and cast the game’s numerous spells, but it’s still a treat to be able to play this massive JRPG on-the-go.

Returning to Ding Dong Dell yet again after having spent so much time in the world of Ni No Kuni II is interesting, to say the least. While Ni No Kuni has aged incredibly well, you can certainly feel the difference; this certainly feels like the studio’s first game. As the game starts, it feels more like a movie, or a collection of strung-together cutscenes than the second title did, and battles feel more tedious and a little more punishing than I remembered. That said, Ni No Kuni is still a treat for the JRPG fan, offering a cast of diverse and likeable characters, heaps of whimsy, a heart-touching story, and lots of monsters to nab, for those with the gotta-catch-em-all bug. 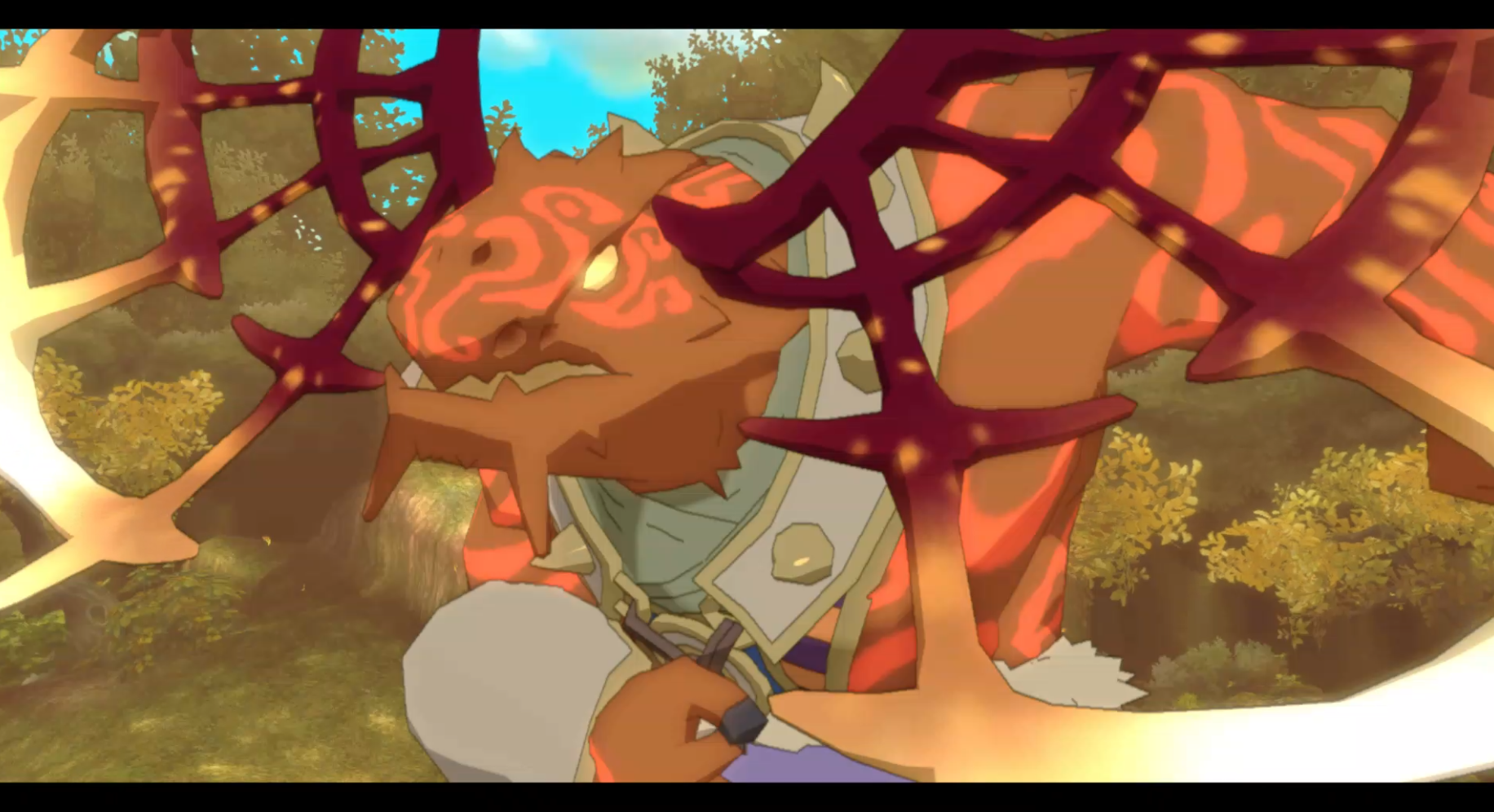 I’m not going to go into too much depth about the game itself, as that was covered in our PS3 review and this port has not really changed or added anything; instead, I’m going to focus on the differences between the original release and the Switch port.

The Switch version of Ni No Kuni: Wrath of the White Witch plays at 720p resolution and 30 fps, docked and handheld. It runs smoothly and loading screens are surprisingly rare. When they do pop up, they tend not to linger and are gone within a few seconds, surprisingly speedy compared to most other RPGs on this console. The game also saves almost instantly, so much so that I have actually saved two or three times in a row because I hadn’t realized that my game had, indeed, been saved. 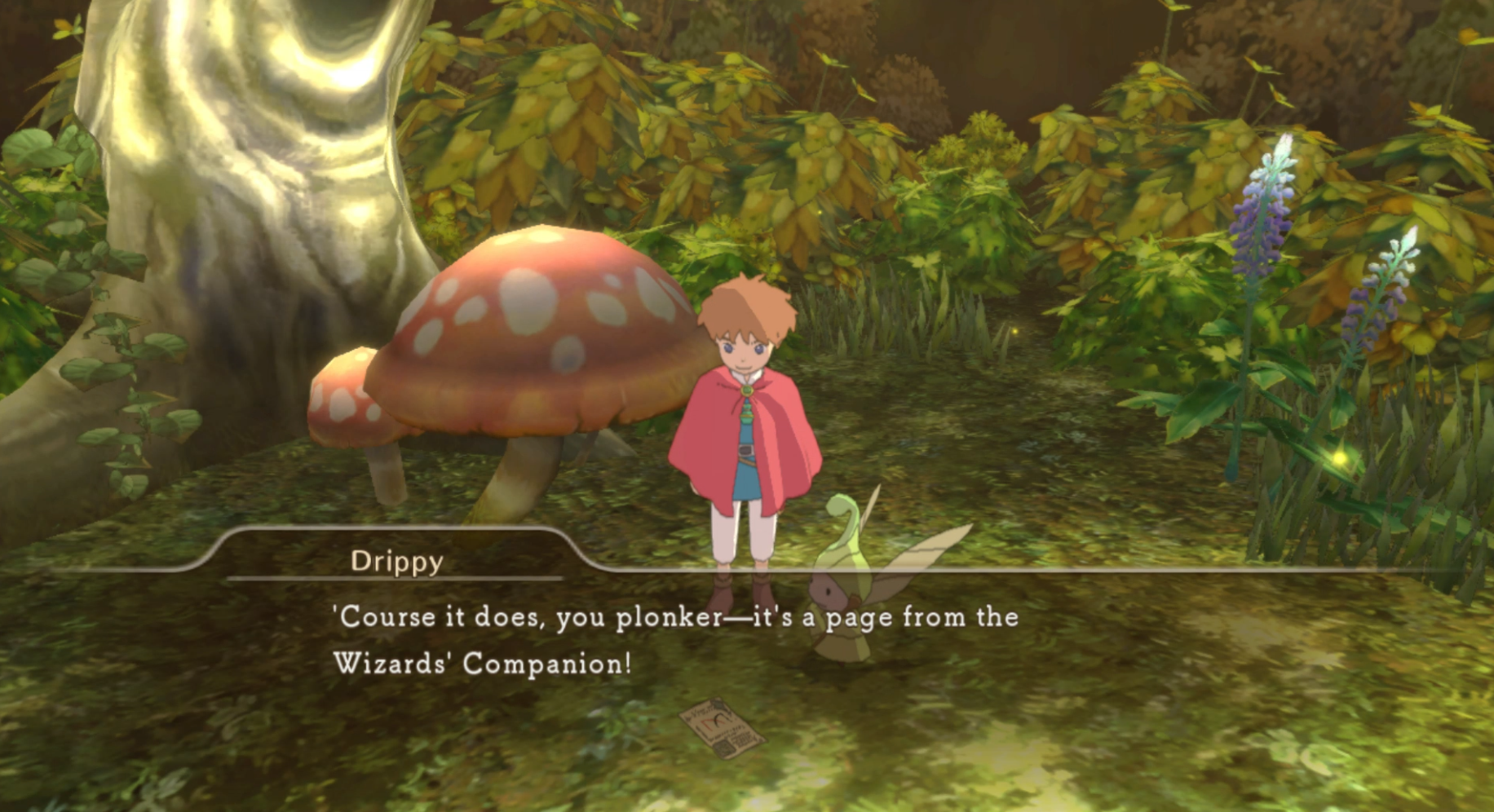 One feature I found rather annoying is the detachment of the joy-cons from the game’s menu. The left joy-con stops working the moment you enter a menu screen, when you must use the d-pad to make selections. While I understand the split in theory, I found it difficult to adjust to in practice, particularly in battles. This quirk cost me more than one battle, when I needed to switch from attacking with a familiar to casing one of Oliver’s healing spells. Switching over to Oliver’s commands, I flicked the joy-con over to select spells and, in the rush of battle, hit the A button to select Healing Touch… only to realize that flicking said joy-con had done tidy-al, and I had just commanded Oliver to attack instead of heal. I then was left to watch helplessly as the attack timer wound down and enemies took gouges out of my health bar until I was well and truly dead. I also had my game unexpectedly quit a few times, reverting me back to my last save point, but I expect these kinds of bugs to be identified and patched out very quickly upon release.

All in all, Ni No Kuni: Wrath of the White Witch feels right at home on the Switch. The sheer size of the world and the frequent minor battles within the game make this an excellent title to play in handheld mode, while being able to drop the Switch into the dock to enjoy the hand-drawn art in its many cutscenes on the big screen make this the ideal way to enjoy Studio Ghibli’s first foray into the world of gaming.

Ni no Kuni: Wrath of the White Witch

Ni No Kuni: Wrath of the White Witch is a solid, no-frills, no-additions port of the original PS3 game of the same title. The first video game by Studio Ghibli has not only aged very well, but it also runs smoothly and quickly on the Switch, making it an ideal way to experience the whimsy, charm, and wonder of this fantastical world with Oliver, his friends, and his fearsome foes.

Best known online as damphyr, Kay Purcell is a purple haired popular culture expert and San Diego Comic-Con panelist who spent fifteen years as as a Senior Community Manager and Brand Writer for DeviantArt. An avid shiny Pokemon hunter, she has a habit of nerding out over video games, cats, VR, and geek culture.
Related Articles: Ni no Kuni: Wrath of the White Witch
Share
Tweet
Share
Submit