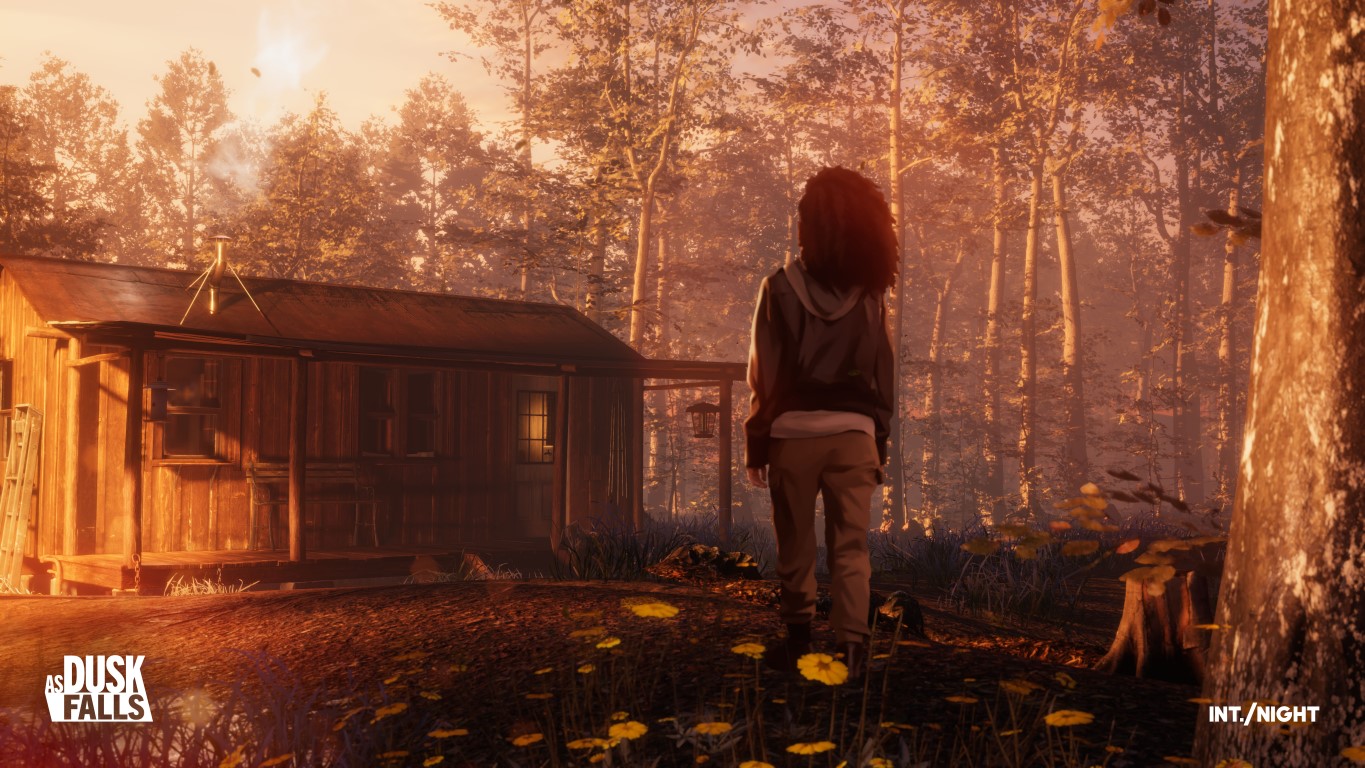 As Dusk Falls is a new interactive narrative crime drama from developer Interior/Night. The game takes place in 1998 and follows multiple characters across two families in sunny Arizona. The walkers, Vince, his wife, and his little daughter Zoe, are moving to St Louis with Vince’s estranged father, who appeared out of nowhere one day. Unfortunately, their journey hits a massive bump in the road both figuratively and literally when they run into the Holt brothers, the other family we follow in this story, who are more than a little problematic.

To get money to pay off their father’s debt, the brothers have the bright idea to rob the local sheriff, who weirdly has a huge sum of money in his safe, hinting that he may be a bit slimier than the usual sheriff. After stealing the money, they’re unsurprisingly cornered by the police in a nearby motel where the Walkers are unfortunately staying.. Tense moments become even more tense as the Holt brothers take the Walkers as hostages,  in the first chapter, which leads to even grander events as more time passes in the game and other characters are put in the forefront of the story. Every character in the game has their own background and story to tell, which significantly influences the decisions you make throughout the game. The game starts slowly by introducing the characters until it becomes dramatically more interesting as it unfolds. However, it also takes its time to give backgrounds to each character you play so you learn things about them as you progress through the game like how Vince’s life is actually falling apart due to his struggles with losing his job and his dysfunctional marriage, and how Holt brothers, who have a reputation for being the community crooks have to succumb to robbery to help bail out their deadbeat dad’s debt which is a decision that dramatically affects the youngest brother who’s only 18.

The game has no shortage of emotional moments that’ll tug at your heartstrings, as the story succeeds in portraying real-life issues anyone might encounter, albeit with characters who are put into highly intense scenarios. That said, it’s also fair to point out that the game doesn’t do anything new narrative-wise, as it still only checks all the boxes you’ll see in most media, especially in crime dramas. So while the story accomplishes what it sets out to do, the concept or premise itself is not unique. 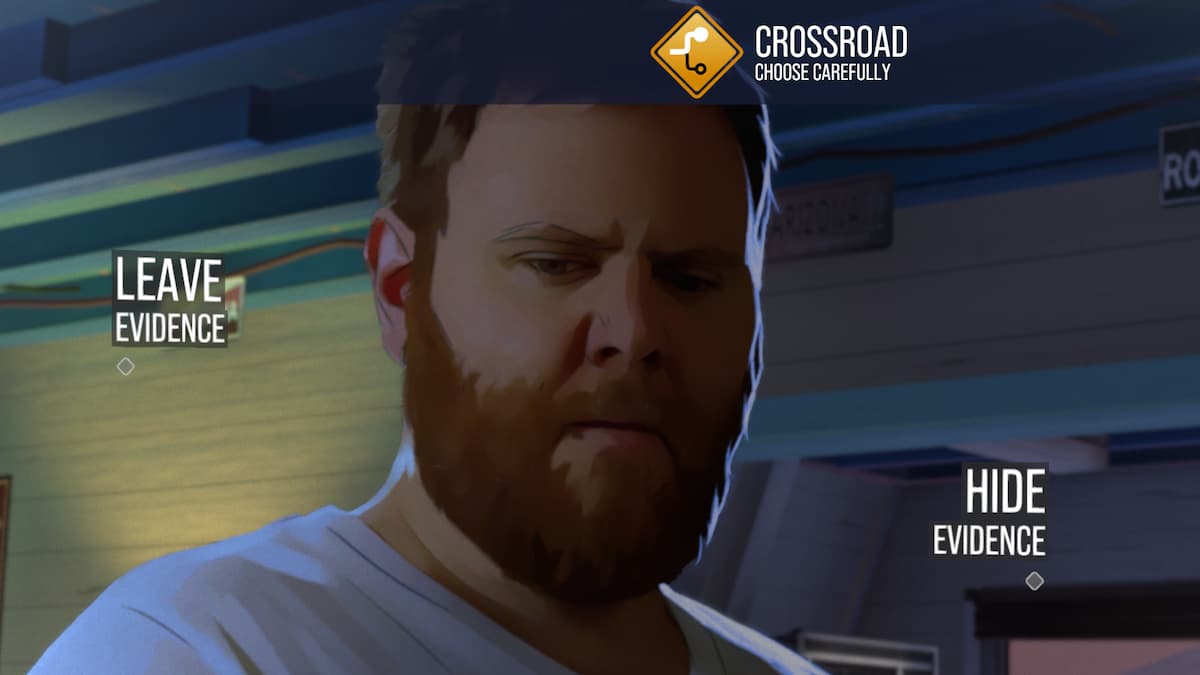 Gameplay-wise, the game plays similarly to most narrative games, except players won’t be able to control their characters as each scene transitions smoothly into each other. However, players will be able to interact with objects and perform quick time events that include a variety of button mashes and button holds. After each chapter, the player will also be provided stats and achievements for their gameplay patterns and choices. So if you’re a player that is confrontational, softhearted, or quick on your feet, you will get achievements reflecting those traits alongside a percentage of your choice compared to every other player’s choice and a flow chart of all the decisions you’ve made in that chapter. And like most narrative games these days, players can also play together by making choices in-person or online while using the game’s multiplayer dedicated mobile app, which it will prompt you to download at the start.

Visually, while As Dusk Falls lacks animations, models, or even motion, the game still stands out with a unique aesthetic by incorporating eye-catching oil painting-inspired backgrounds and character designs with picturesque scenes and vibrant environments. 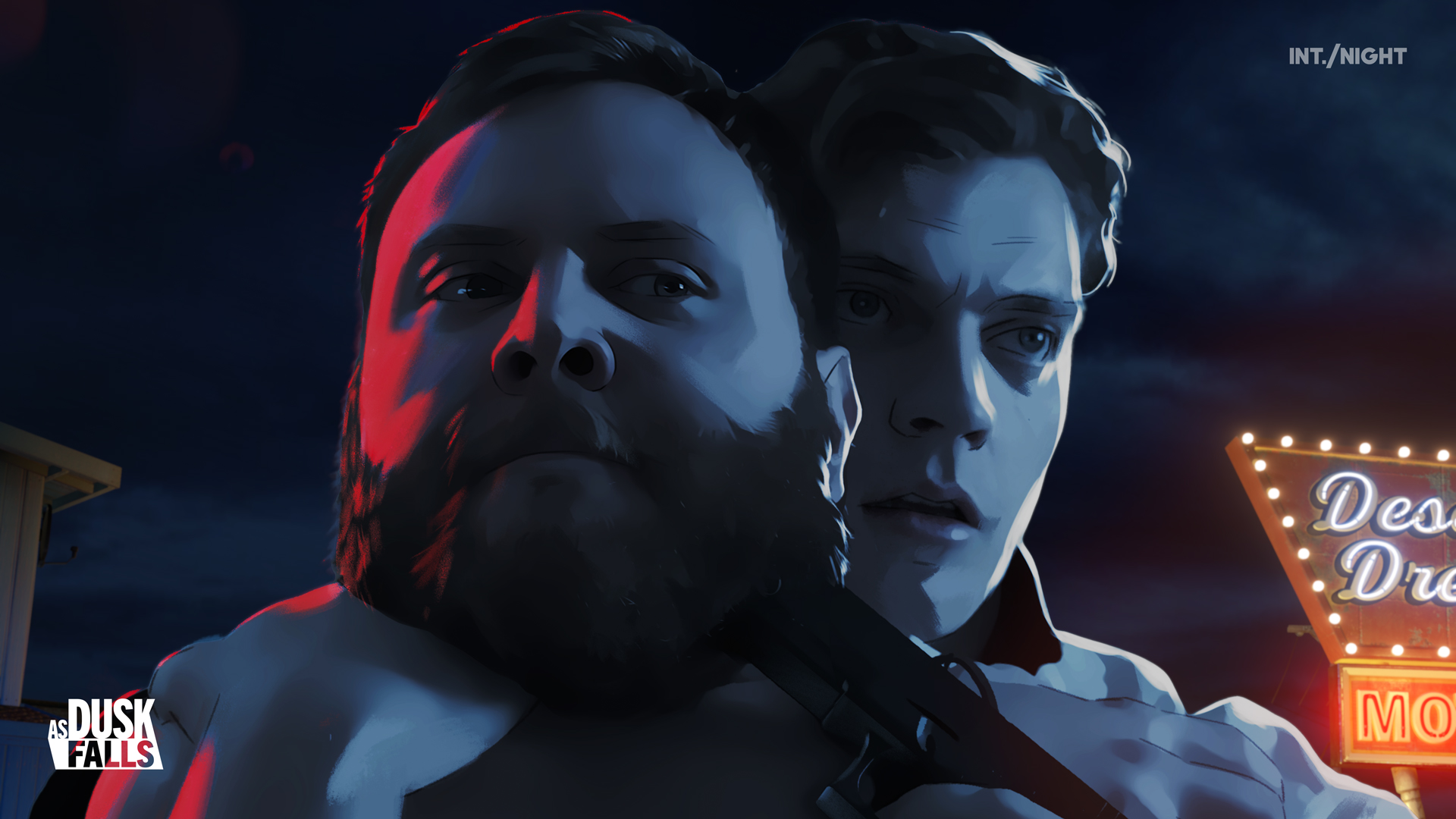 Overall, As Dusk Falls is a solid narrative game with a thrilling story that manages to engage the player throughout. It’s just a shame its lack of proper gameplay elements and its visual style may deter some players.

Despite having dull gameplay mechanics, As Dusk Falls is a thrilling narrative drama with an endearing cast.

Abdul Saad is an avid gamer and computer geek. He's been writing for four years on news, reviews, previews, and more on multiple gaming sites. When he isn't writing or playing the latest JRPG, he can be found coding games of his own or tinkering with something electrical.
Related Articles: as dusk falls
Share
Tweet
Share
Submit