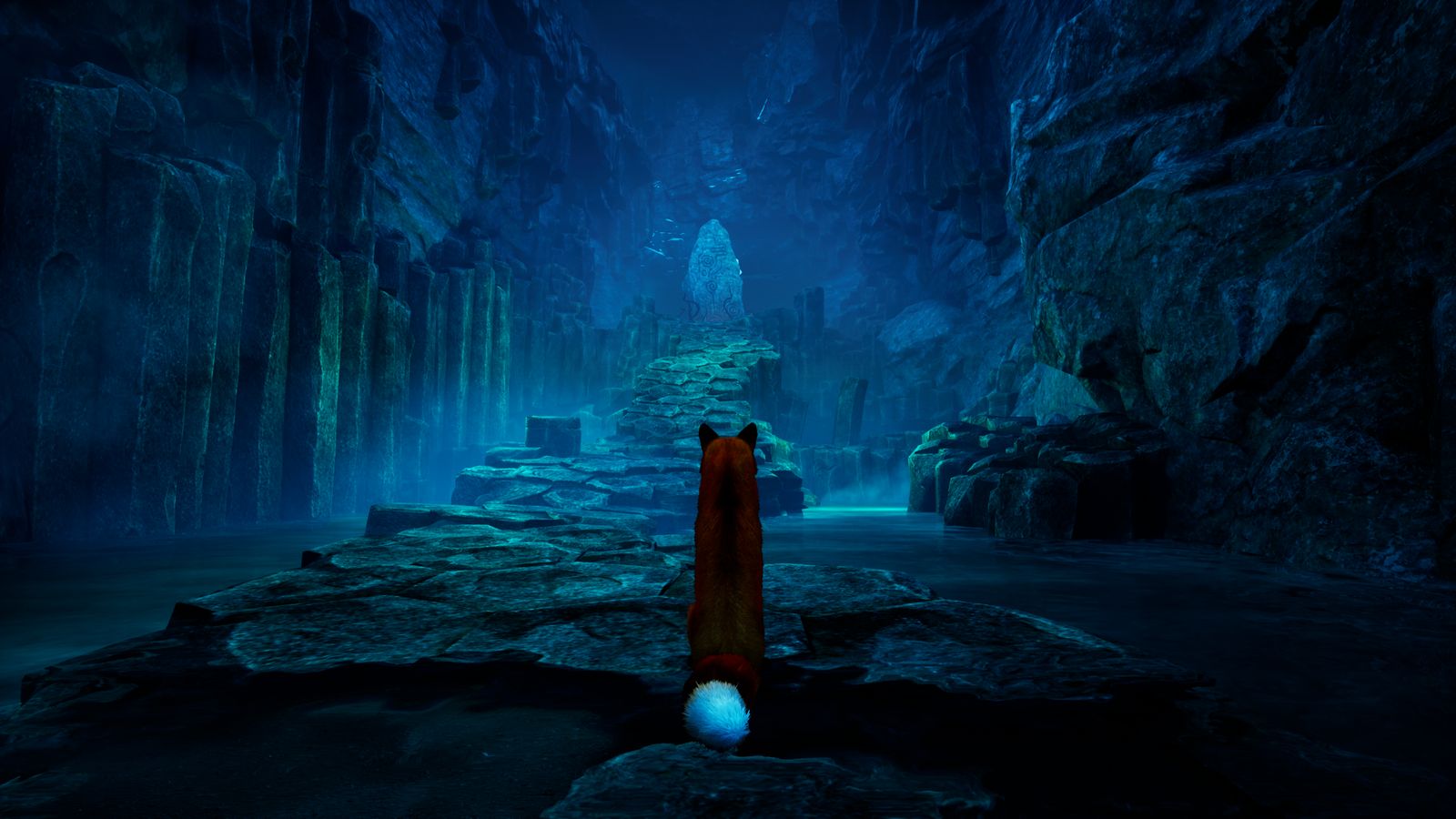 Walking simulators can be hit or miss. Games like The Stanley Parable are perfect walking simulators, as it focuses on telling a fun story rather than building on gameplay mechanics. Then you have games like SOMA, which does the opposite and provides a tense experience as you’re exploring its world. Other walking simulators, such as Spirit of the North by developer Infuse Studio, try to focus on both elements. Sometimes it works, but in the case of this game; it doesn’t.

Spirit of the North is a single-player 3rd person adventure game that largely operates as a walking simulator with few gameplay mechanics. You play as a fox and travel around different landscapes of Iceland. After some research (as it’s not clear while playing the game), the game supposedly takes inspiration from pieces of Nordic folklore. As for your enemy, they’re some “evil” overgrown vines, which I can only assume threatens to corrupt the landscape. That’s about as much information I can give you, as the story is largely unclear to the player.

For a walking simulator, the narrative is one of the most boring parts of the game. There are a few major things that happen, such as (spoiler alert) when the fox dies and is later resurrected by the guardian of the Northern Lights. I’ll be honest, I did get a bit sad seeing my fox friend die in front of me, but that’s only because I hate seeing animals die in games. Otherwise, there was nothing to tie me to the characters in the game. 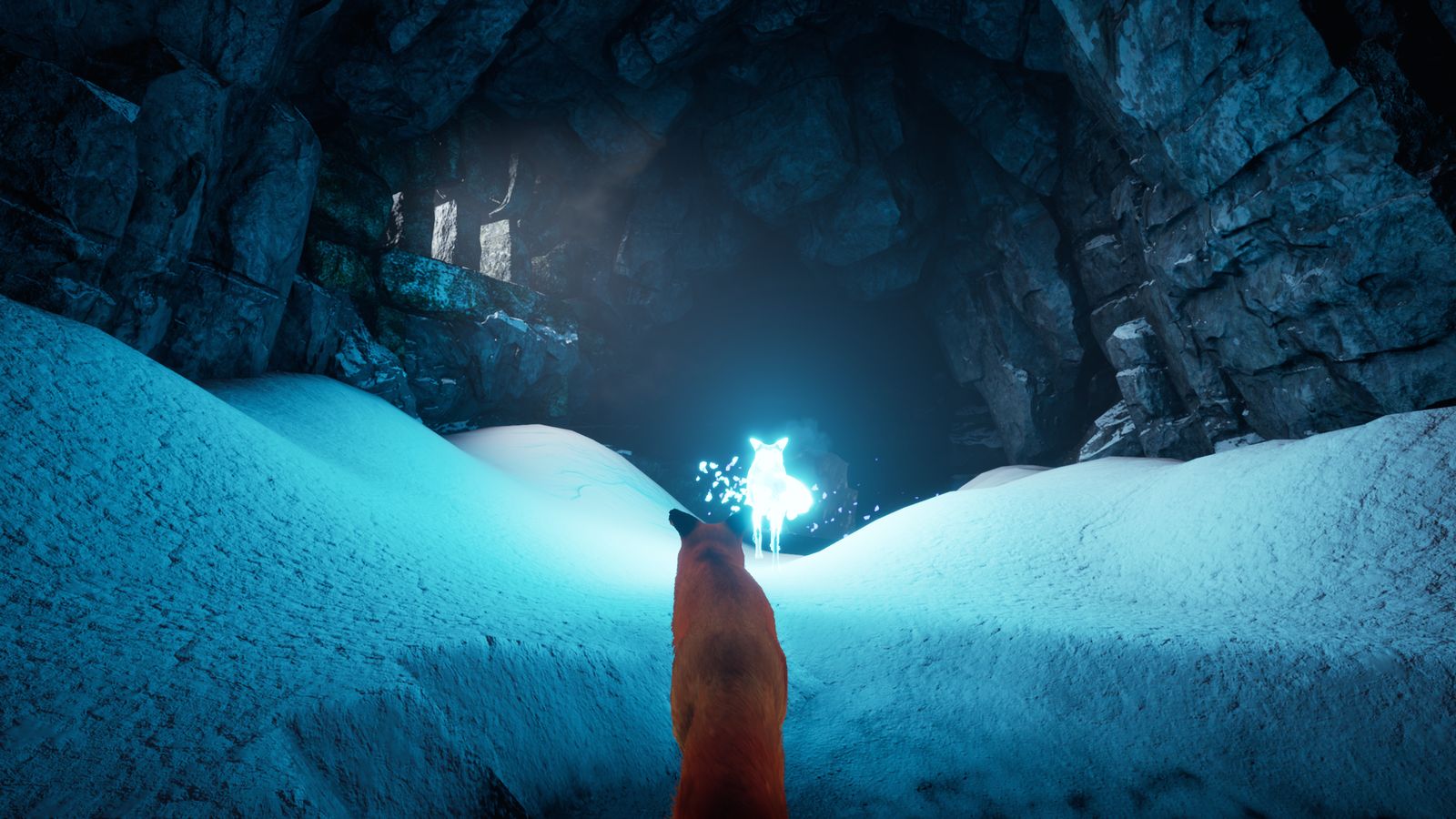 The guardian of the Northern Lights

One of the most annoying parts of the story is how much you, the player, have to decipher what the hell is going on in the story. Because of this, you aren’t directed to feel one way or another as you work your way through the game; passing through the major plot points like (spoiler alert) when the fox dies. How you interpret those moments in the game determines how the game impacts you. Because of this, if you’re like me, you’re confused about what the hell is going on and those plot points will have little to no effect on you.

Let’s talk about the gameplay. Just like the story, it’s very bare-bones. If you’re not walking through the landscape, you’re completing puzzles. For someone who loves and plays puzzle games, these puzzles were really confusing. I should also preface that there’s only really one type of puzzle, and it involves rotating stone statues until you get the right combination. I’m not sure exactly where you’re meant to get the cipher to complete these puzzles. On occasion, there might be a large stone carving somewhere around the puzzle, but I have no idea if these have any impact on the puzzle or what their purpose is in the game — one can guess that since they’re usually located near the puzzles, they might have something to do with them. If not, that’s just bad level design. 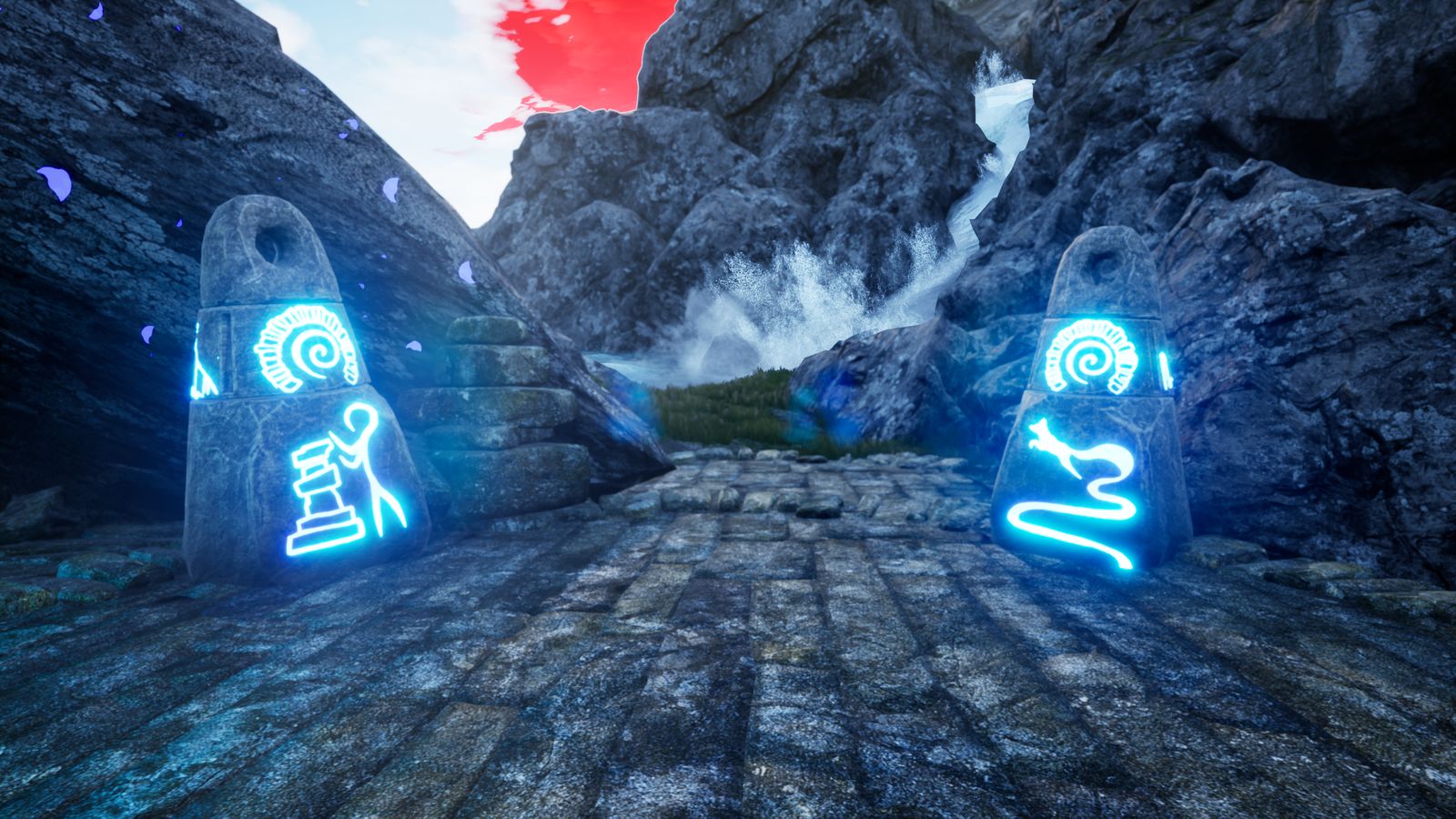 It might look easy — you simply need to select the same symbol — but it gets confusing, way more confusing

Back onto the puzzles, and since I have no idea how you’re meant to complete them, I found myself just brute-forcing the combination by setting each statue into every single possible variation. This, of course, always worked, but it was tedious. I ended up relying on a walkthrough on how to complete them. Maybe there’s a pattern there, maybe the answer is something really simple. But, for a walking simulator, these puzzles are far too confusing than they need to be.

As you travel through the landscape, you might find yourself up against some roadblocks in your path. These might come in the form of large gaps that the fox can’t normally jump over, or overgrown branches that block an entryway. To complete these challenges, you will need to utilize the fox’s special abilities — all of which are unlocked as you progress through the game. There are only a few skills to unlock, for example; a dash ability (letting you bypass large gaps), controlling the guardian (letting you bypass blocked entryways or walk on water), and a powered-up bark (letting you destroy any “evil” overgrown vines in your path). 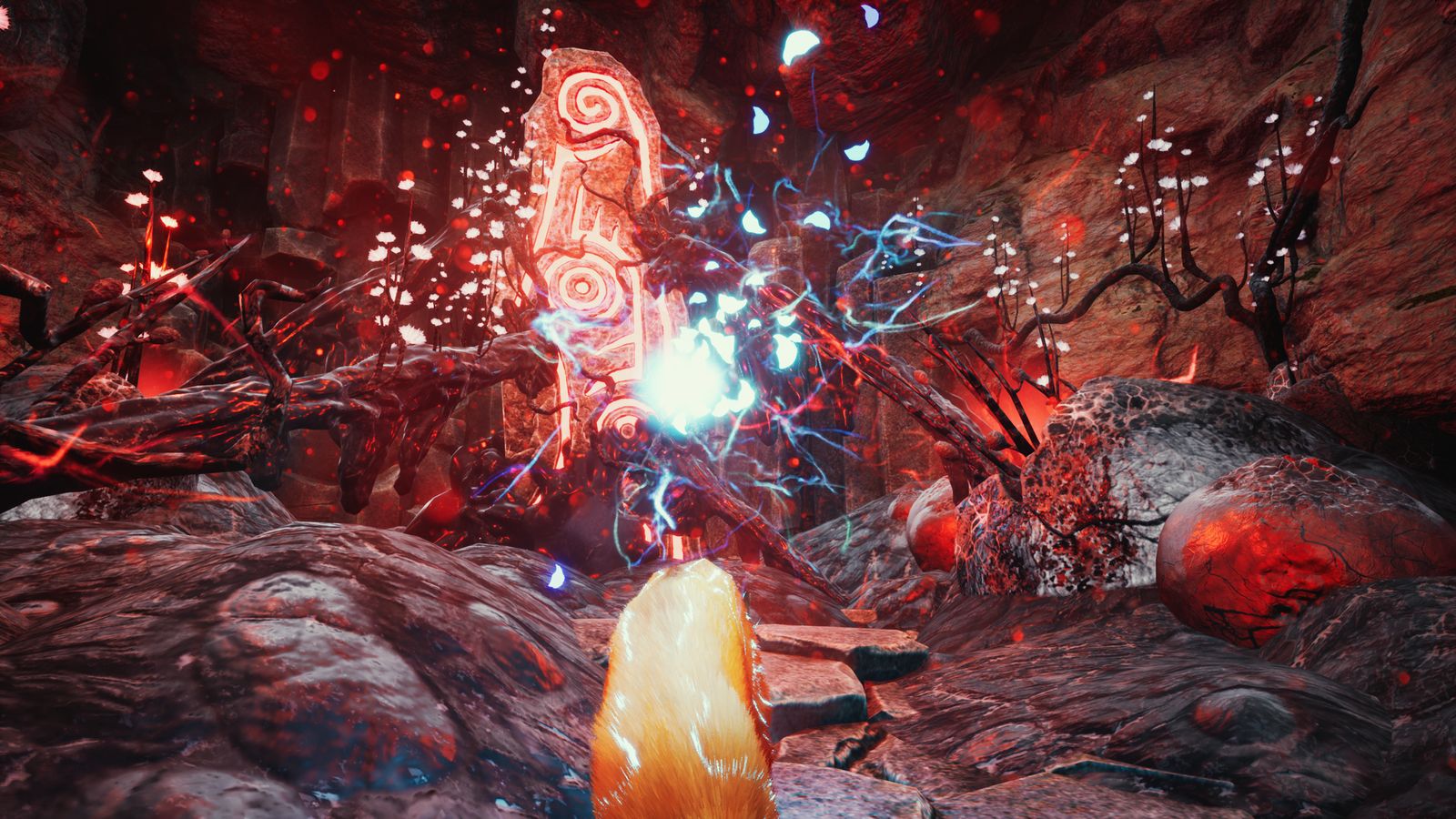 Your nemesis in Spirit of the North

There are a few secrets to discover, and tasks to complete, as you travel through the wondrous landscape. For example, there are human spirits dotted around each location that can be awakened once you bring their staff back to them. However, just like the secrets, they serve no other purpose to the player other than extending your playtime and otherwise serving as filler to the gameplay. Essentially, everything that doesn’t contribute to the story or gameplay can simply be regarded as a part of the collect-a-thon, and only act to provide the player extra achievements to collect. They’re a rather tedious task to complete, which doesn’t provide any satisfaction to the player.

Not all is doom and gloom in Spirit of the North — there are a few things that keep this game interesting. Namely, the environment. Utilizing Unreal Engine, this game looks beautiful. Everything looks so incredibly real that it’s so easy to immerse yourself in the world. Then there’s the music, which easily enhances this mystical world as you travel through it. Together, they provide a feeling of wonder and awe, and that encourages you to keep playing. 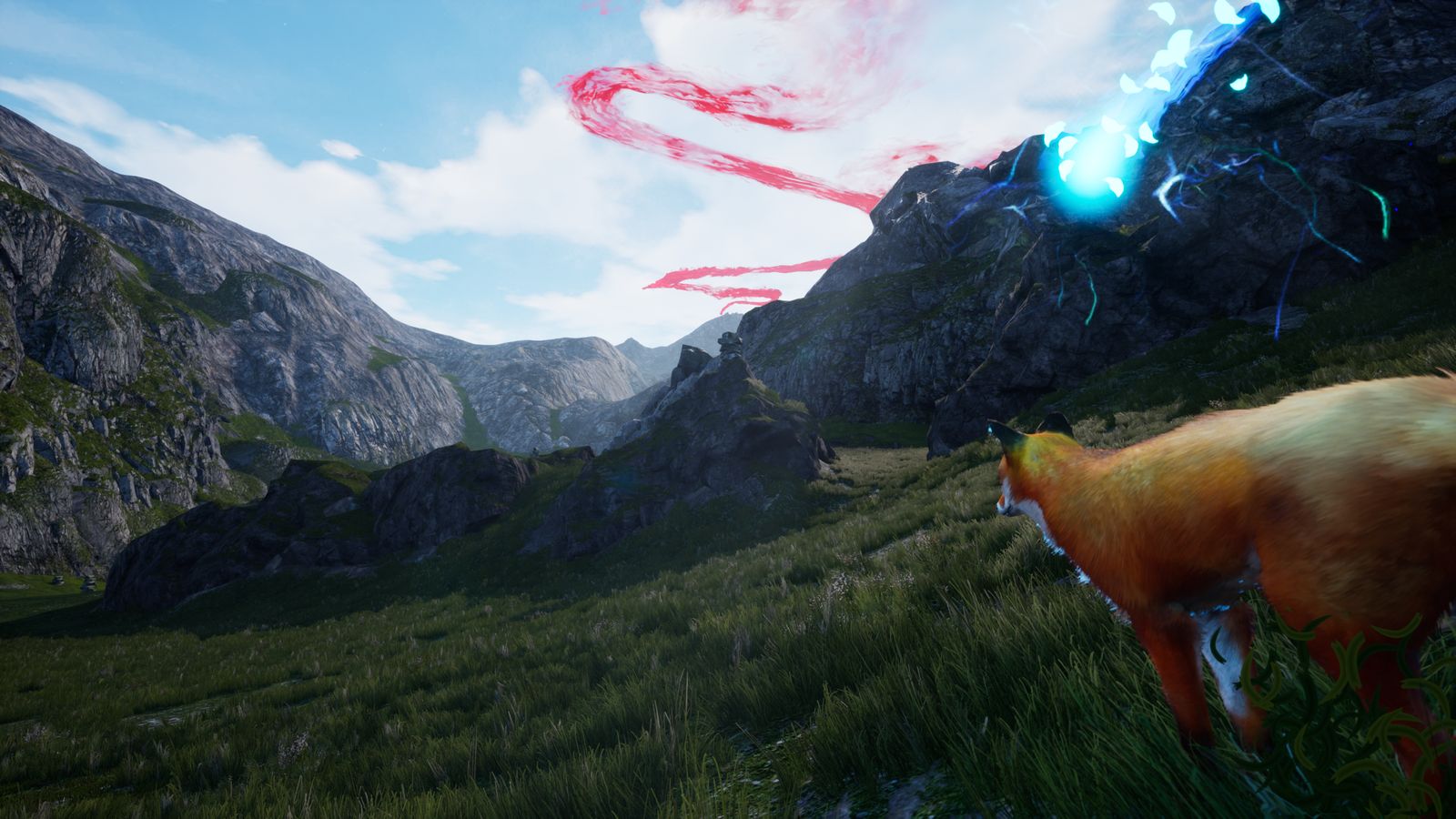 Some of the landscapes to bear witness to

Unfortunately, that feeling gets shut down quickly once you realize how boring this game ends up being. Thankfully, it’s only a few hours long, so as quickly as you pick it up and get bored with it, you can then just as quickly put it down. The playtime is only extended by the annoying collect-a-thon that’s available to the players, which doesn’t provide any satisfaction upon completion (unless you’re achievement hunting). Not only is the gameplay dull, but so is the story. It’s a confusing mess that tries too hard to be artsy and leaves itself up to the interpretation of the player. Because of that design choice, the player doesn’t understand what the hell is going on, nor how they’re meant to feel during the larger plot points.

Spirit of the North: Enhanced Edition

Spirit of the North may look beautiful, sound beautiful, but is a confusing and boring mess. It tries too hard to be artsy while disregarding the importance of fun gameplay and an interesting story. During their short playtime, players are required to interpret the weak narrative and their overall purpose in the game. The only replayability comes from completing the collect-a-thon. However, that provides zero satisfaction to the player and has a hard time trying to stay relevant to the gameplay and story at large.

With a deep interest in writing, Ben followed that into a Journalism degree. As an avid lover for gaming, he is constantly expanding his library with console, PC, and VR games. He's obsessed with stealth games and loves hunting down the smallest of details inserted by devs.
Related Articles: Spirit of the North: Enhanced Edition
Share
Tweet
Share
Submit