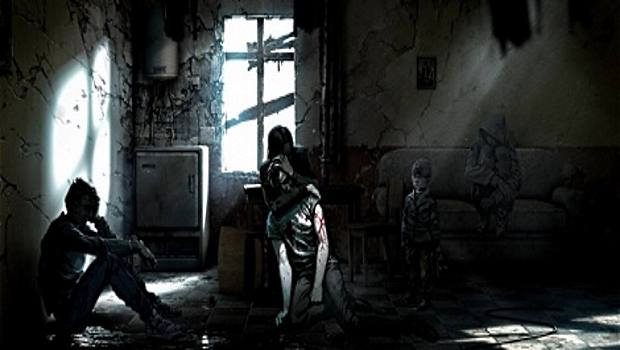 This has not been a great year to be a fan of AAA games. We’ve had launches plagued by bugginess, disappointments borne of games that didn’t deliver on their promises, and games that looked more fun to play then they were. Luckily, it has been a great year for the smaller games and the few bigger titles that managed to deliver when it counted. While I wasn’t able to get to as many of those smaller games as I would’ve liked to, I’m glad of what I was able to play, and I’m glad this year wasn’t a total letdown like I expected it to be.

This year has been an underwhelming year overall for highly anticipated video games, and this is the first time where I’ve really had to think hard about the bottom games on my list for all of the wrong reasons. There have been so many disappointing games this year, and I wish I had been able to get to more of the smaller titles I think really excelled this year, but when thinking about the one I was least disappointed with Civilization Beyond Earth was the one that immediately jumped to mind. It doesn’t capture the original Alpha Centauri in a lot of ways, and the premise had so much more potential than was actually exploited. I feel like BE was a very “by the numbers” type of game for Firaxis, though luckily, Firaxis does “by the numbers” extremely well. It’s still a strong game all on its own with some great ideas that never come to fruition, and as I’ve only been a Civilization fan since Civilization IV was released the formula hasn’t quite tired itself out just yet.

When it comes to sports games, there are very few with the proper quality to truly capture me as someone who isn’t really a fan of sports. But NBA has always hit those highs that drew me in, the atmosphere is always top-notch and it can make me feel like I’m actually there in the moment. This entry in the franchise is no different. I don’t care about the top-notch graphics, I just care that NBA 2k15 is able to deliver an experience that feels truly genuine… a rarity among sports games. The commentary, the presentation, the gameplay, the interactive storyline… it all feels like real basketball and I’m glad the devs realize how important that feeling is for a great sports game.

Full disclosure, I’ve never watched a single Alien movie. But I’m always looking for a good horror experience and Alien Isolation delivers in ways many others don’t, and that’s very impressive for a licensed game. The segments with the Alien are just perfect, bolstered by their unpredictability and the masterful sound design. Sure, the segments with the Working Joes that pose a common threat can feel like they drag the pace down a bit… and sure the game just loses steam near the end. But what’s important for a horror game is strong moments of genuine fear, and I think Alien Isolation has that in spades. Every moment where you’re trapped in the same room with an unpredictable opponent is a moment that has me entirely on edge, and that’s amazing.

In a long year where I didn’t feel the titles with bigger budgets were able to satisfy me, and after a long string of disappointments, Middle-Earth was a very pleasant surprise. It’s story isn’t the greatest, even if it has some very poignant moments. It’s gameplay is derivative of other titles, even if it introduces some fantastic new ideas of it’s own to the mix. But Middle-Earth has something that a lot of games today don’t, it’s genuinely fun. Sometimes as a gamer, that’s all I’m looking for and Middle-Earth totally delivered in a year where all the expectations were focused onto games that didn’t.

I don’t play many mystery games to be completely honest, but I do read plenty of visual novels so this one caught my eye among the new releases for the underappreciated handheld that is the Vita. While it’s not quite visual novel and not quite mystery game, it accomplishes the goals of both. It has a compelling plot fitting of a great visual novel, and mysteries that make you feel truly smart for spotting the little details critical to solving any one case. It’s fantastic cast of characters, great soundtrack, and intense trials are just icing on one very high-quality cake.

5. The Wolf Among Us

Letting you in on a secret, I don’t play Telltale games until all the episodes are released and I can marathon them. I’d been waiting for a while for the final Wolf Among Us episode to finally come up so I could just run through, and I was not disappointed with my wait. The writing is great, and this new world I was introduced to was fantastic. The characters were compelling, the plot gripped me the whole way through, and I still think about that crazy twist ending to this day. It’s nice to see that Telltale can continue to deliver such high quality point-and-click adventure experiences for those without the patience to pursue the puzzles I feel often drag down the pacing of the storytelling in these types of games.

Kickstarter has saved a genre from fading away into memory. The space sim has been a long missing genre from my life, and I’m glad to see it back, especially in the form of a game like Elite. The game has problems to be sure, mostly stemming from a lack of brilliant new ideas for the genre, but the massive scale, the great atmosphere, and the variety of things to do with my time will surely keep me captured for a long while to come. It’s a high-quality game, an experience that almost feels meditative at times when I usually despise repetitive task-work in games. It’s a game that can always make me smile and relax even on the hardest days, and I can’t wait to see something push the genre forward.

Telltale often struggles with giving the choices you have to make feel like you changed something. The first season of The Walking Dead and even The Wolf Among Us suffered from these problems quite a bit, even if there isn’t an illusion of choice actually present in the decisions you’re making. Every decision I made in Season 2 felt like it had real weight, regardless of whether or not that was actually true. I think it’s truly the best work Telltale has created yet, and I hope that their writing in the future can match what they’ve managed to accomplish here. It’s just so compelling, and every episode has high points even when the story seems like it’s just spinning its tires. The decisions at the end still haunt me, and that’s quite an achievement considering that the first season never caused me to have actual regrets about what path I chose.

I was talking earlier about how the bigger titles of this year have been such a string of let-downs, and while Middle-Earth was nowhere near a masterstroke it was certainly high quality. Dragon Age Inquisition on the other hand is the only AAA title I feel truly hit it out of the park this year. When I went in, I was wary about further disappointment but I never should have been worried. Inquisition’s story has nuance in its writing that other similar tales often struggle to capture, and its strong plot is only backed by what I feel is the strongest cast of characters a Bioware game has ever seen. Even the ones I dislike felt like real people, and that’s an accomplishment all its own. The massive scale and the pure amount of things to do just pushes it to an entirely different level all its own, and I will still be playing this fantastic game when the next epic from my favorite Canadian developer comes to me. There are still more characters to roll, alternate paths to try, and more romances to explore. Inquisition is a masterpiece, the first one Bioware has developed since Mass Effect 2 and I’m glad to see they’ve found their way again.

I like to think of myself as a person of lots of different interests, and my tastes often span different varieties. But the type of game that I always remember, the type I always pursue to play, are the ones that are emotionally involving experiences. Pieces of art and not just video games. While I love Dragon Age Inquisition to death, when I really thought about it, when it really came down to it… I wanted to pick a Game of the Year that really helped me grow as a person and I think This War of Mine is a stellar example of a game that changed me. A game that made me different from the person I was even just the day before I first played the game. What most impressed me was that it didn’t need complicated game mechanics or a scripted story to evoke emotion from me, all it needed to do was facilitate my entrance into situations of true horrifying reality. There are plenty of games that tug on my heartstrings, make me feel things so close to feelings I’ve had in real life and helped me develop as a person. But there are very few that make me reconsider the things I personally believe in, very few that make me think about what I would do trapped in these types of situations myself, and few that make me appreciate the life I am able to lead. In a game where bigger games often failed to deliver, This War of Mine was a small game that delivered in what I consider to be the most important possible way.