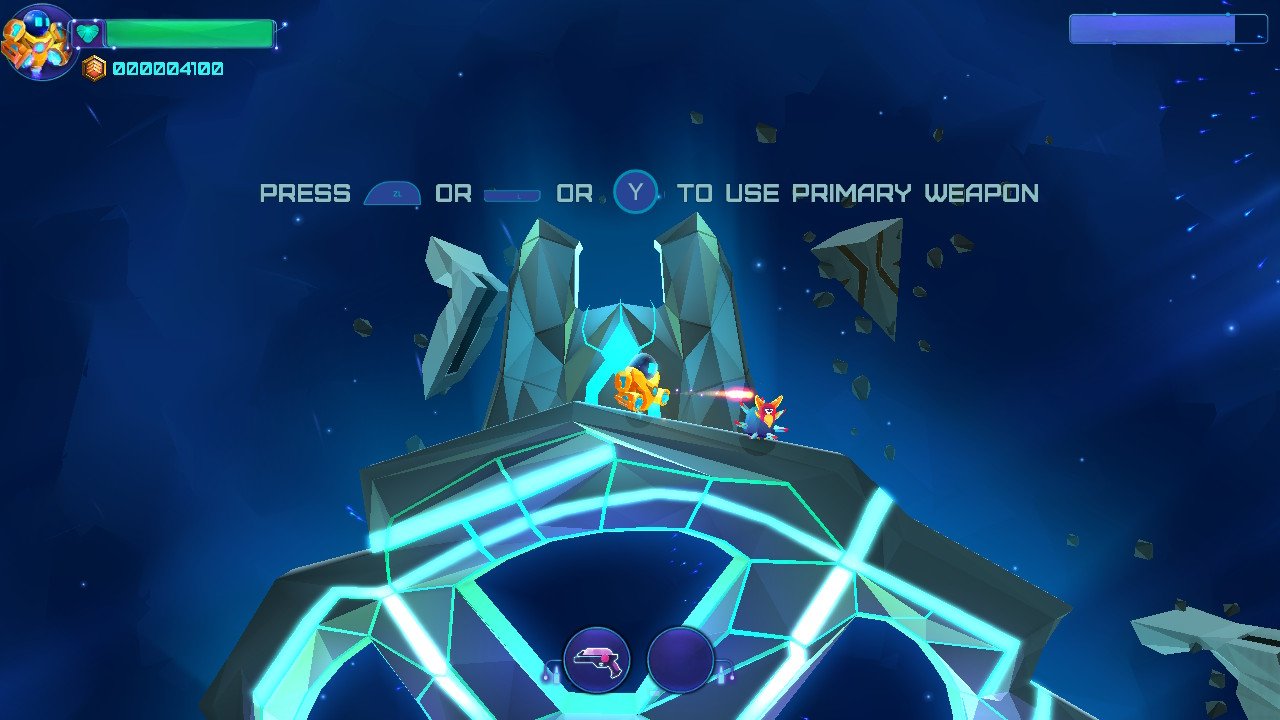 Don’t lie, we all know you have one: A monstrous backlog of games from sales past, gifts from friends we really should appreciate more, or even that impulse buy from that raging party last night. Whatever the reason, Gaming Trend has come up with a solution: Each week, we’ll cover a random game from one of our backlogs, go into it and see how we feel about it. Whether we only get a little into it or complete it, this column will act as a reminder that no game should ever be forgotten, no matter the quality.

As a gamer, I love and hate the dreaded B word: Backlog. With the rise of Steam sales, flash sales, and sales on sails (erm… sailing games?), there’s a ton of stuff I buy “for a rainy day” even though it seems we’ve constantly been pelted with a deluge of games. My story starts with a little game called Robonauts; it was something I was eyeing, and QubicGames put the game on sale for the low price of $2.99 on the Switch eShop, how could I say no? 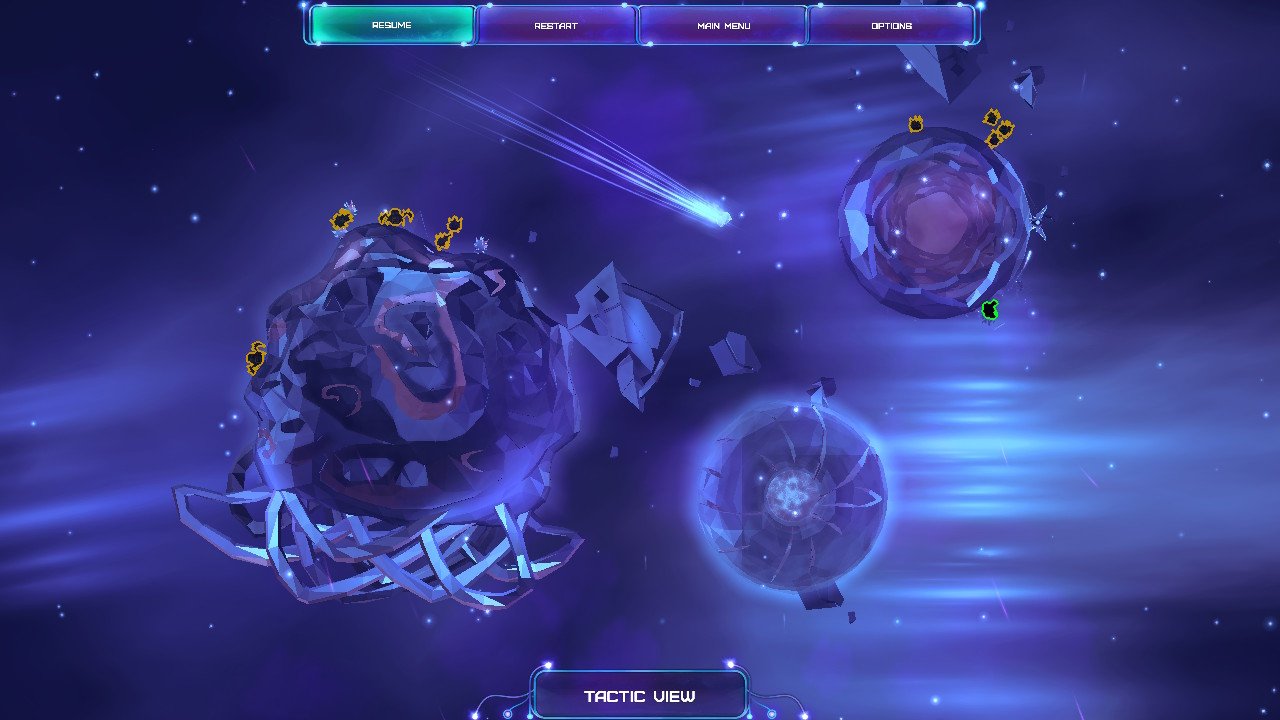 Turns out, I could have since, at the time of writing, it’s priced at $.39. That’s beside the point, however, as the game sat in my digital Switch library for a little more than a year as I only opened it up to update the game. I then came up with an idea: It might have been a bit too late to do a timely review of the game, so why not just play through some of it and give my impressions on the game? And thus, Bust out the Backlog was born. Each week we’ll go through one game and see if it was worth the storage space.

Robonauts is an action game that stars a cute little robotic buddy named Robo who crash-lands on a mysterious chain of planets. After finding a huge suit of armor, he is involuntarily recruited by the likes of Corpo, a “totally not greedy company, we swear!” organization that uses him to get materials from these planets. It’s your job to make sure Robo survives the onslaught of enemies across 12 different levels, each with a slightly unique mission structure. 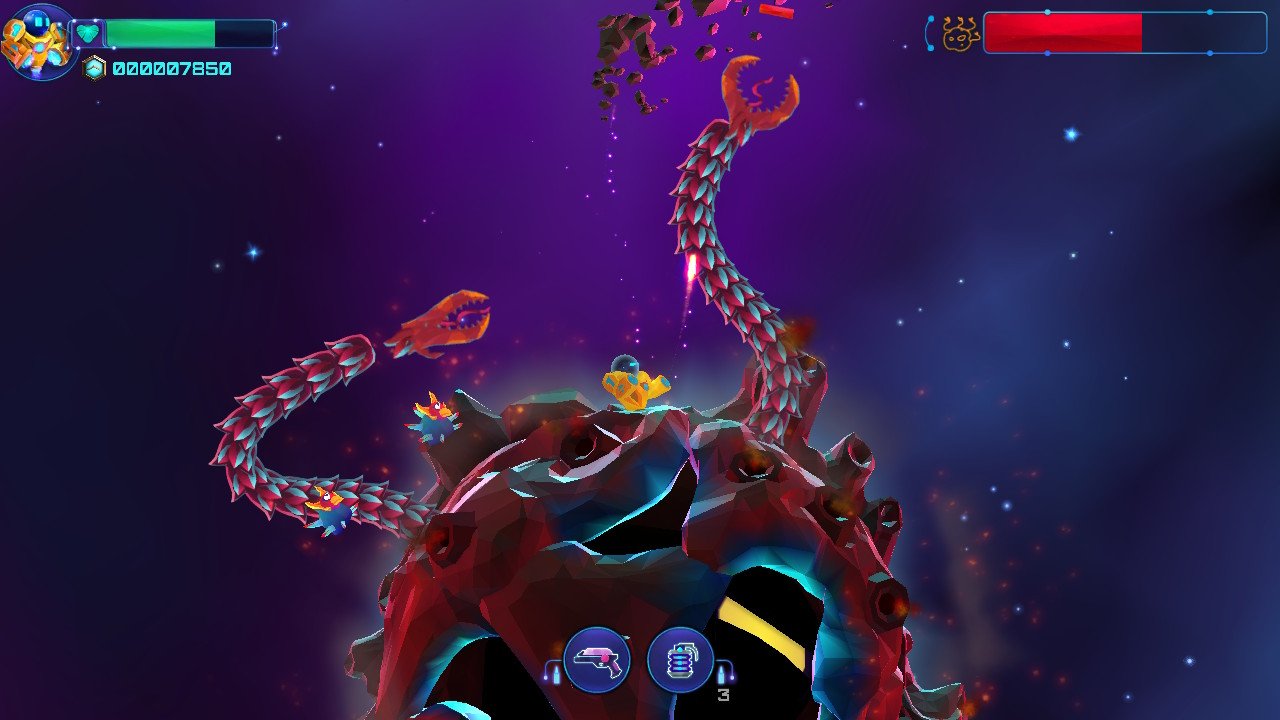 I have to commend QubicGames for testing out the waters with this game; the main gimmick here is that Robo can alter his gravity to change his orbit around the current planet he’s on. He has a main shooter and a secondary weapon, which will switch to different powerful weapons once you pick them up. However, every item except the default weapons is limited-use, so you’ll have to make sure to conserve ammo for harder encounters. Throughout the game, you’ll encounter a horde of enemies that want to make quick work of you, so you need to be careful and approach them differently. One baddie in particular (a creature that shoots ranged beams), was the bane of my enjoyment, as it was long enough where I couldn’t quite shoot at it comfortably but also short enough that I kept getting hit.
The main issue I have with the game itself is the fact that hit detection and health loss is just so weird. I’ll be doing fine in a mission before getting my health whittled down to nothing because a bird-like monster charged into me suddenly. You can pick up green Bloobs (their words, not mine) to recover health, but they grant such a meager amount that I found that pursuing recovery in the midst of a heated battle was unnecessary and even suicidal at some points. There’s no sound effect to convey when Robo takes damage, so you can kiss your health goodbye even quicker. 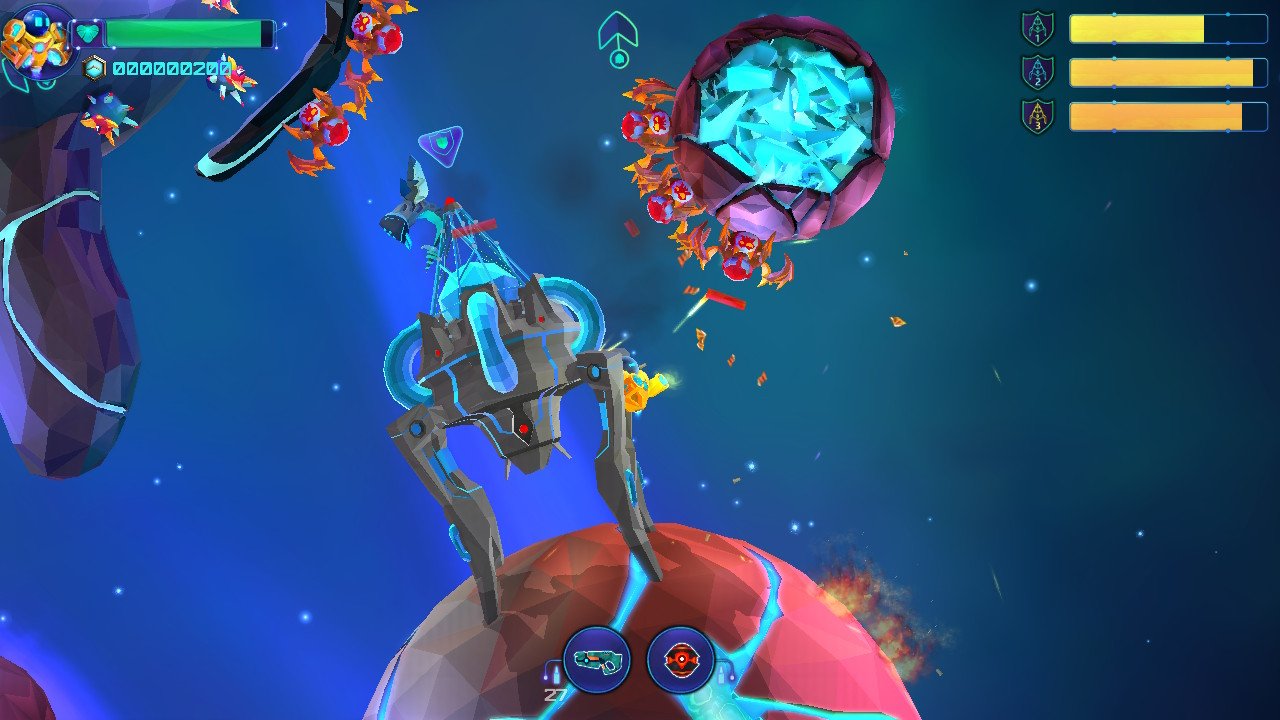 The main gameplay loop is interesting, even though it can get repetitive near the end of the game. I did enjoy the different mission structures, from protecting certain drills from getting destroyed by enemies to activating a planet crusher machine to get a stone inside. For a short title, there is a lot of variety going for it. Perhaps the strongest part of Robonauts is the soundtrack; it’s straight fire from beginning to end, which each background track complementing the frantic action going on in the stages. Simon Viklund provides addictive, hard-hitting EDM that works well in the game’s favor, and I hurriedly checked online stores to see if I could find a way to buy it. (You can buy the Radix album on Bandcamp, for those wondering.) For a very cheap title, I was not expecting it to be a contender for best indie soundtrack of 2017, but here we are. 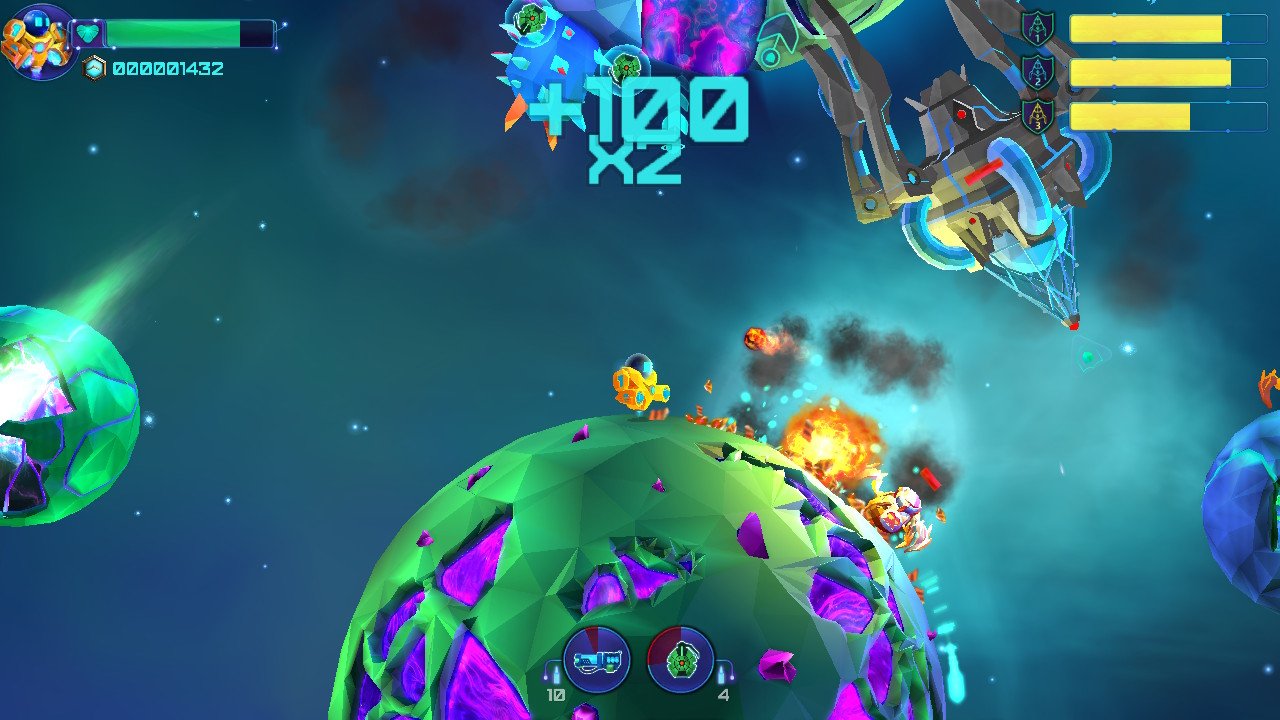 In the end, I don’t regret my purchase of Robonauts; in fact, I wish I could have played it sooner. While there were frustrating bits in the middle of the game that tested my patience, I still had a great time with it. There isn’t much to go back to if you don’t have a friend to test out the cooperative or competitive multiplayer modes with (I didn’t have one handy for this piece, haha). And while I might feel a bit at odds with developers offering their games at insanely low prices just to get on the eShop charts, I do appreciate QubicGames for giving smaller titles a shot at Switch stardom.