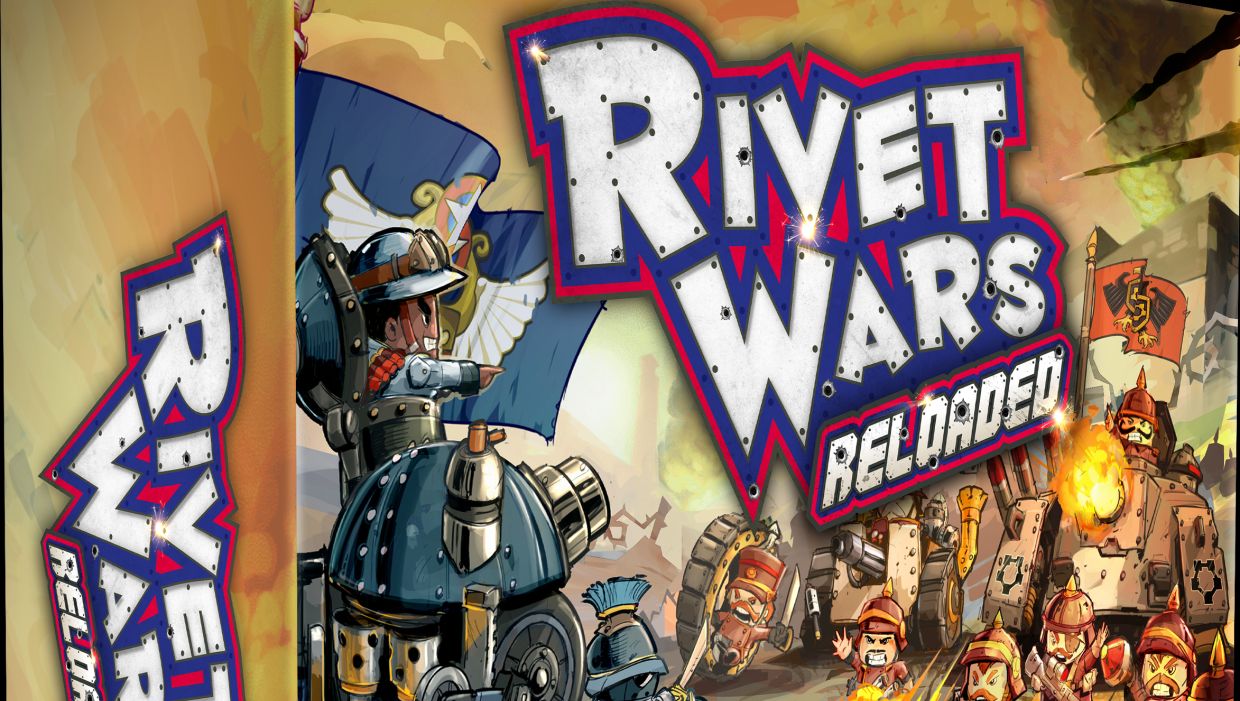 Sometimes games draw an audience and have instant success. Other times you might be shocked at an old game coming back into the limelight to try to get into the spotlight again. When I heard that Rivet Wars was coming to Kickstarter with Steamforged Games publishing it, I was happy to see support for the game coming back. The cartoonish characters gave the game a less serious vibe, making it more palatable. Still, it contained enough depth to make every play unique. I asked Lead Designer Jamie Perkins and Lead Developer Steve Margetson eight questions to find out more about what to expect from Rivet Wars: Reloaded.

Rivet Wars was published several years ago. Why bring it back now?

Rivet Wars is a fantastic tabletop game with huge potential that’s been out of print for years. Despite this there’s been a dedicated loyal following crying out for this game to return, leading us to acquire the game from original creator, Ted Terranova.

What will be included with the base game?

We’ve given the miniatures from the original box set a visual upgrade, all the tiles and tokens you need to play have also had a graphic upgrade. Additionally both the Allies and the Blight get a number of new hero plug miniatures. 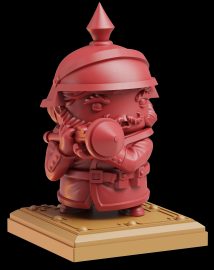 Will Reloaded be compatible with the original games?

Yes. We’ll be offering a veterans pledge to allow players to pick up the new elements they need to play Rivet Wars: Reloaded. This includes the brand new faction to the game, the Nemoan Federation.

Will SFG be producing the original game and expansions, or will the Kickstarter be completely new content?

We’ll be reproducing almost all of the original content and expansions, only leaving out a small number of older heroes. We will also be adding our own stamp on the game with a completely new Jules Verne inspired faction, the Nemoans. As well as the additional hero plugs for the allies and blight. 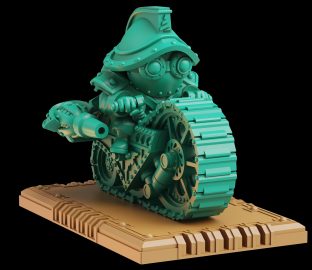 Aside from their unique Jules Verne sci-fi era and decopunk visuals, the Nemoans are an army of elite elements with technology far in excess of the previous armies seen in the game. They’re from the center of the hollowed out earth and as such have unique elements focused around burrowing technology such as burrowing torpedoes and tanks.

What kind of changes to how the game plays?

The biggest change is a revision of the secret mission system, now known as just the mission system. Instead of being secret information, missions provide an alternate win condition that doesn’t require victory points and is public knowledge to both players. We’re also performing a language and graphic design upgrade of the original game with plenty of new dynamic scenarios thrown into the mix. Additionally we are adding brand new solo, co-op, and team modes to the game. 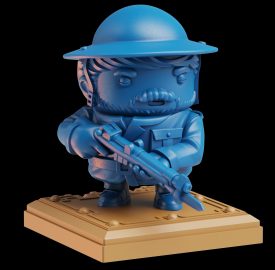 Are there unique rules for playing with three factions instead of two?

There isn’t a three player free for all version of the game per say however you could have two players team up against a single opponent or AI.

What game modes can be played with Reloaded?

The standard 1v1 is available however we have also added a 2v2 mode and a solo mode. There is also a cooperative experience if two players team up against the solo AI opponent.

I posted my review of the original Rivet Wars in early 2015, and I enjoyed that it was a light war game with a sense of humor and the fact that it came with two asymmetrical armies. Now that a third army and extra modes have been included, the replayability should go through the roof. The price of Rivet Wars: Reloaded through Kickstarter is actually amazing considering the number of units included. Now is a great time to check out Rivet Wars if you haven’t already.