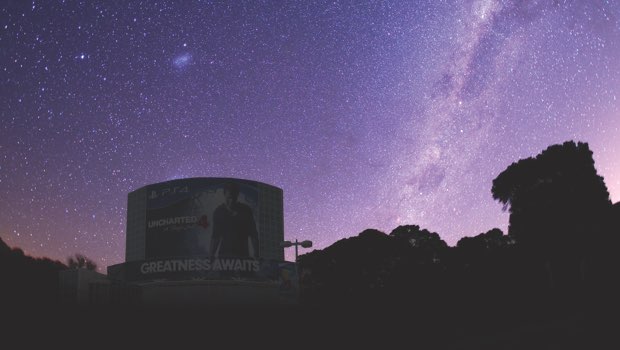 It’s that time of year again, when the gaming faithful make their pilgrimage out to the hills of sunny Los Angeles to be berated with announcements and demos at the Electronic Entertainment Expo. It’s E3 2015 time!

The staff of Gaming Trend will be setting up HQ just across the street from the LA Convention Center, in attendance at conferences and walking the show floor, playing anything we can get our hands on.

We’ll have live coverage of every major conference, and you can follow us on Twitter to see our live reactions and tune into our Twitch channel to watch along with us!

Once the show floor opens we’ll be playing games from tons of major publishers and getting impressions and interviews onto the site ASAP. Our YouTube will be updated with all the big trailers and video impressions of what we’re seeing. We’ll also be recording a special episode of the GT Reboot podcast with as many of our staff as we can, and do a follow-up on our E3 predictions cast!

So what are the big stories we’re keeping an eye on coming into E3?

Fallout 4 has been officially announced, and we can expect to see more of it at the Bethesda conference.

VR is expected to be the theme of the 2015 dance, as everyone from Oculus to Virtuix Omni will be showcasing their stuff on the floor.

The war for the hearts of rhythm gamers has begun again, as both Guitar Hero and Rock Band return to the stage this year.

Halo 5 is looking to bring both new features and classic Halo gameplay to the franchise, while Black Ops 3 is mostly ambiguous right now, and Rainbow Six: Siege revitalizes the classic Tom Clancy tactical shooter with… well… robots and stuff.

For the big three, Sony is already saying they’ll be lacking in first-party titles besides Uncharted 4 and Until Dawn, but their third-party showing will be strong, featuring exclusives like Street Fighter V and Persona 5.

Microsoft has the aforementioned Halo 5, as well as Rise of the Tomb Raider, but it’ll be interesting to see if we get another surprise like Ori and the Blind Forest. We won’t be seeing Scalebound and Crackdown, though, so who knows what will be on the deck for the Xbox.

Nintendo is holding the Nintendo World Championships again and showing off Mario Maker, so expect a nostalgic vibe from them. Whether we see Star Fox, Fire Emblem If or a new title a la Splatoon is unknown; Nintendo is playing it pretty close to the chest this year, saving most of their announces for their Direct on Tuesday.

Square Enix is teasing a number of unreleased reveals alongside already-announced Mankind Divided and Rise of the Tomb Raider. We’ll have to do some Deus Ex stealth work to get the inside scoop on the rest.

EA will (likely) have Mirror’s Edge: Catalyst and (definitely have) Star Wars: Battlefront. Ubisoft will be displaying Siege, The Division and this year’s Assassin’s Creed. Pretty standard showings, though don’t be surprised if either brings out something big to cap off the show.

PC gaming enters the fray as a conference as well, with a show sponsored by AMD that will cater directly to the keyboard-and-mouse crowd. Star Citizen and XCOM 2 are sure-locks, and the exclusives for the computer-based gamers is already looking strong. This could be the underdog conference of the week.

Also, indies are having an even stronger showing than ever before! Indiecade will be in full swing, and many indie devs will be housed in major publishers’ booths on the show floor.

What else is on the horizon? What’s the biggest surprise of the show? Who takes home the coveted GT Game of the Show award? Stay tuned for all the biggest news and first looks at the biggest upcoming titles, right here at Gaming Trend.