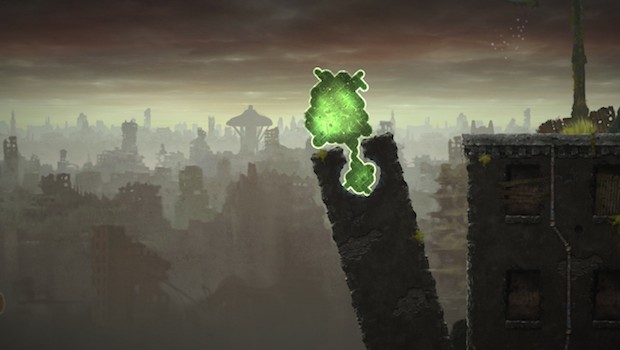 I’ve been exposed to tons of excellent games throughout the year, but in the end, it’s largely the indies that have my heart. As numerous other outlets have expressed, I feel that 2015 was the year of the indie. It’s easy to believe that the trend of beautiful and compelling games released by individual creators or independent studios will continue. While I’m excited for the future, for now I’d like to share what titles impressed me the most this year.

10. Lovers in a Dangerous Spacetime
This game has provided the most enjoyment I’ve had with co-op play in a while. It truly requires coordination in the utmost. It’s fun and frantic, and it tests your teamwork. Not to mention, everything about it is so dang cute.

9. Not a Hero
This quirky little game relies on randomization for replayability. From switching out words in the dialogue to randomizing objectives, each playthrough is slightly different. There are multiple characters to unlock, and I appreciate the oddball humor.

8. Splatoon
Simply put, Splatoon is a charming game. Far from being just for kids, there’s something in it that all ages will love. It’s fun, competitive, and has just the right amount of whimsy. It’s like Team Fortress 2 minus all the caricatures of gore.

7. Dropsy
The best way I’ve found to describe this game is that it’s wonderfully weird. Dropsy is a misunderstood clown that you grow to love and you can’t help but root for. The frustration of point & click puzzles is worth it when you earn that hug or make progress in the story. The retro art style took me back to the 90s when I was first playing computer games, and the soundtrack fits perfectly.

6. Party Hard
I love this game, but I feel like it people want to make it something it’s not. It isn’t supposed to be a fast-paced bloodbath, even though the music is up tempo. It’s all about stealth and patience. Creativity and careful strategy are encouraged on your killing spree. Plus you get to party with crazy characters like aliens, blinged-out bears, and sentient motorcycles.

5. Everybody’s Gone to the Rapture
Normally I prefer games that are linear so they don’t get confusing, but this one feels different in that it lets you choose how much of the story you get. Exploration and careful observation are rewarded with more information. The art and music are gorgeous, and I love all the golden lights hovering midair or twirling into human form during dialogue.

4. Mushroom 11
The erasing mechanic in this game is unlike anything I’ve ever seen before. It is easily the standout feature, making for challenging puzzles. But just in general, Mushroom 11 is a solidly designed game with clean visuals and music that matches the post-apocalyptic mood.

3. SOMA
It’s a mistake to lean on “horror” when describing this game, because there isn’t much gore and the atmosphere isn’t super suspenseful. Sure, there are a few heart-pounding chases, but it won’t give you nightmares. However, it is incredibly thought-provoking and full of beautiful environments.

2. Metal Gear Solid V: The Phantom Pain
I really love the intelligence of the AI and how it adapts to your play style. Gathering recruits to build your base is a neat extra, and Fulton Extraction is a useful, if somewhat silly, mechanic. As with other games we’ve seen lately, I appreciate how you’re encouraged not to just resort to violence by default. There are plenty of ways to succeed with few kills.

1. Fallout 4
Putting this at the top of my list felt like somewhat of an obligation due to all the hype, but to be fair, it did live up to that hype. The settlement building is an interesting addition to the series, and there’s a whole cast of fascinating characters to meet. The only real con I can think of is that the predetermined backstory feels limiting.