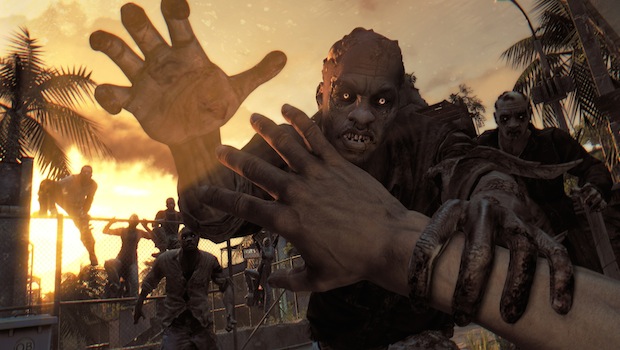 With so many great games having come out in 2015, it was a near-impossible task to narrow my favorites down to only 10. So I didn’t and narrowed them down instead to my top eight favorite releases.

NBA 2K16 doesn’t feel all that different from its predecessors, it just feels better. Everything in the game in honed in and once it all clicks in the player’s mind, it works almost too well.

Full disclosure: I have no intention of finishing Metal Gear Solid V: The Phantom Pain. At this point, I’m too far removed from the title and other things are coming out.

I sunk a lot of time into this game, and I loved every second of it. The boss fight with Quiet, every terrifying encounter with the “Skulls,” hiding from Metal Gear Sahelanthropus, there are so many stand out moments in The Phantom Pain that top the list of my favorite game moments of 2015.

There’s so much going on in The Phantom Pain and what’s incredible is that, for the most part, it all works exceptionally.

6. Everybody’s Gone To the Rapture

Everybody’s Gone To the Rapture made me feel lonely. Walking around the town of Yaughton, I couldn’t shake the feeling of absolute solitude, often compelled to move forward only by the hope that I may run into someone else — which, of course, didn’t happen.

Everybody’s Gone To the Rapture trusts its players, and that’s what makes it so special. There are entire story arcs that can be missed entirely or skipped. The game allows players to uncover its story at their own pace, diving as deep, or not, as they please.

5. Rise of the Tomb Raider

After playing Rise of the Tomb Raider, I no longer cared that Uncharted 4 didn’t come out this year. This game was so full of edge of the seat, heart in the throat moments that sometimes I had to pause it just to catch my breath. With Rise of the Tomb Raider, Crystal Dynamics refined what it began in 2013, further challenging who players thought Lara Croft was as a character.

I’m not sure how I feel about Davey Wreden. With The Beginner’s Guide, we were invited to take a deep-dive into the writer’s mind and neurosis and compelled to make assumptions about two strangers based solely on short games and Wreden’s narration. I felt wrong after I completed the game, as if I shouldn’t have done what I had just done, had seen something not meant for my eyes. This strong takeaway (ironically) is what makes the game so worth checking out.

More than anything, Three Fourths Home made me think about myself. The faceless, voiceless characters gave the game a certain level of ambiguity that allowed me to insert myself into its narrative. No longer was Three Fourths Home the story of Kelly — Three Fourths Home became my story. I chose my responses based on what I would say, I felt I was talking to my family, and when the game wrapped up I couldn’t get it out of my mind.

Cool. As. Shit. Every time I think about Just Cause 3 those three words are all that come to mind. To be perfectly honest, I can’t stand the game’s story and story missions. Missions are repetitive, the script is immature at best and derivative at worst (except for Rico, he’s cool in my book), and it feels like a chore to work through more than it does something I want to jump in and experience.

But everything else? Cool as shit.

Once I was able to get the wingsuit and tether systems working in tandem I was soaring high above the island city of Medici, coming below the clouds only to reduce an enemy fortress to ash. I find myself lost for hours in the game’s loop of tether into the air, wingsuit to the nearest town or base, destroy, explode, liberate. Just Cause 3’s utterly massive world is one of the most beautiful, expansive worlds we got to explore in 2015 and I can’t wait to set more of it on fire.

Dying Light does so many things right that it’s staggering. The parkour felt great, the crafting system was important, and the zombies were terrifying, relentless, and plentiful.

No matter how good I got at Dying Light, I never felt that I was besting it. The game constantly throws new challenges at its players so that it never became dull or repetitive. The way the game turned on its own head with the nighttime sections gave Dying Light its own dynamic where you never felt safe and the utterly insane amount of zombies it pit you against constantly kept you on the run.