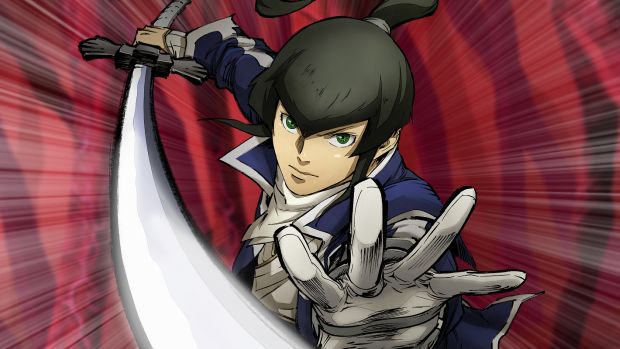 Shin Megami Tensei IV: Apocalypse is a strong follow-up to its 2013 predecessor, but it still suffers from the same problems. Apocalypse may boast solid combat and progression systems, but a lot of complaints from the former game are still valid in this entry, such as dull characters and choices that are meaningless for most of the campaign. While fans of the series will be pleased, Apocalypse feels purposefully designed to bar new players from entry.

For its length, you’d expect Apocalypse to tell an engaging narrative, but even at 30 hours in, the story still has a lot of issues. Perhaps this can be attributed to the protagonist Nanashi’s lack of voice, which painfully stands out compared to the game’s varied cast of characters. Nanashi and his childhood friend, Asahi, are Hunters, members of a faction that protect a futuristic Tokyo from the combating forces of Heaven and Hell, but despite this epic premise, I found it hard to connect with the narrative. Nanashi (literally “no name”) doesn’t react to events happening around him, and when other characters are on-screen, he’s reduced to a fly-on-the-wall becoming less of a character and more of an avatar.

Don’t worry, he gets better.

The story’s main strength comes from it’s subversion of several themes of the series, something most new fans won’t appreciate. For the first time, the focus is less on the war between angels and demons and instead follows the people trapped in the middle. Another fun extra is the focus on minor deities and demons, one of whom is actively controlling your character for parts of the story. This god, Dagda, is the story’s most interesting character. He’s your main source of strength, but in return he holds control over you, and he also doesn’t seem to have your best interests in mind. Another weakness of this story, however, is that it takes place midway through its predecessor’s neutral route, the hardest route in the game for numerous reasons. Because of this, it’s easy even for veterans of the series to get lost, and the massive text dumps explaining the previous events will easily lose most players.

The only thing muddier than the game’s story is its presentation — literally. The textures remind me of looking at the bottom row of letters at the eye doctor’s, and some of the menus can be really tricky to navigate. It’s forgivable considering the limitations of the 3DS platform, but it’s a shame because at its core, Apocalypse delivers solid level design that encourages exploration and, occasionally, backtracking. (And in case you’re one of the few gamers still holding out for thoughtful implementation of 3D, alas, you’ll find none in here.) Despite this, the character designs for the demons are fantastic, and look every bit as powerful and alien as they should.

Apocalypse’s levels are well designed, but hindered by the muddy textures.

All of these complaints go out the door when players are in combat — Apocalypse’s main gameplay hook. Nanashi can recruit demons throughout the campaign, level them up, and use them to slaughter his enemies by identifying each one’s elemental weakness. Each new area yields unique varieties of demons, and stumbling across a new demon, pinpointing its weaknesses, and dispatching the appropriate ally to take it out is an addictive gameplay loop.

The combat shines brightest in its challenging boss fights, which require strategic thinking over mindless offense. I found myself grinning when I finally assembled a party that could take these behemoths down, and every boss requires a new strategy. Also helping the mood is great presentation during these battles, where the boss takes up the entire screen and the energetic music blasts through your 3DS speakers.

The first boss is a familiar face for SMT fans.

Unfortunately, Apocalypse gives players the option to change the difficulty at any time outside of battle without repercussion, which completely betrays the game’s fierce learning curve and unforgiving brutality in combat. It’s an addition that doesn’t make sense for a challenge-hungry M-rated audience, and it takes the fun out of combat. This is especially jarring considering how otherwise unfriendly Apocalypse is to newcomers.

I shouldn’t even have to write about this in 2016, but one of Apocalypse’s other flaws is its sexist character designs. Many of the game’s females are dolled up or play the part of damsels in distress. Even more offensive are the female demons, who can use moves such as “Sexy Dance” to “charm” their enemies. Regardless of this title coming out of the East, it’s a wildly offensive and derogatory design that pulled me out of the experience on more than one occasion.

Pictured: one of the more SFW female demons.

Shin Megami Tensei IV: Apocalypse is a hell of a mess. At moments, the complex and fun combat and progression systems break through the game’s ick presentation and sexist character designs, but what little fun exists gradually fades before you’re even halfway through the campaign. If you’re a fan of the series, there’s plenty to love here, but Apocalypse is unforgiving for any new players.

Hunter Wolfe just graduated with his B.A. in Communication/Journalism from Shippensburg University and has nearly four years of professional writing experience. His content has been featured on sites like Rolling Stone's Glixel, Destructoid and The Artifice. You can check out his full portfolio at: www.hunterawolfe.com.
Related Articles: Shin Megami Tensei IV: Apocalypse
Share
Tweet
Share
Submit